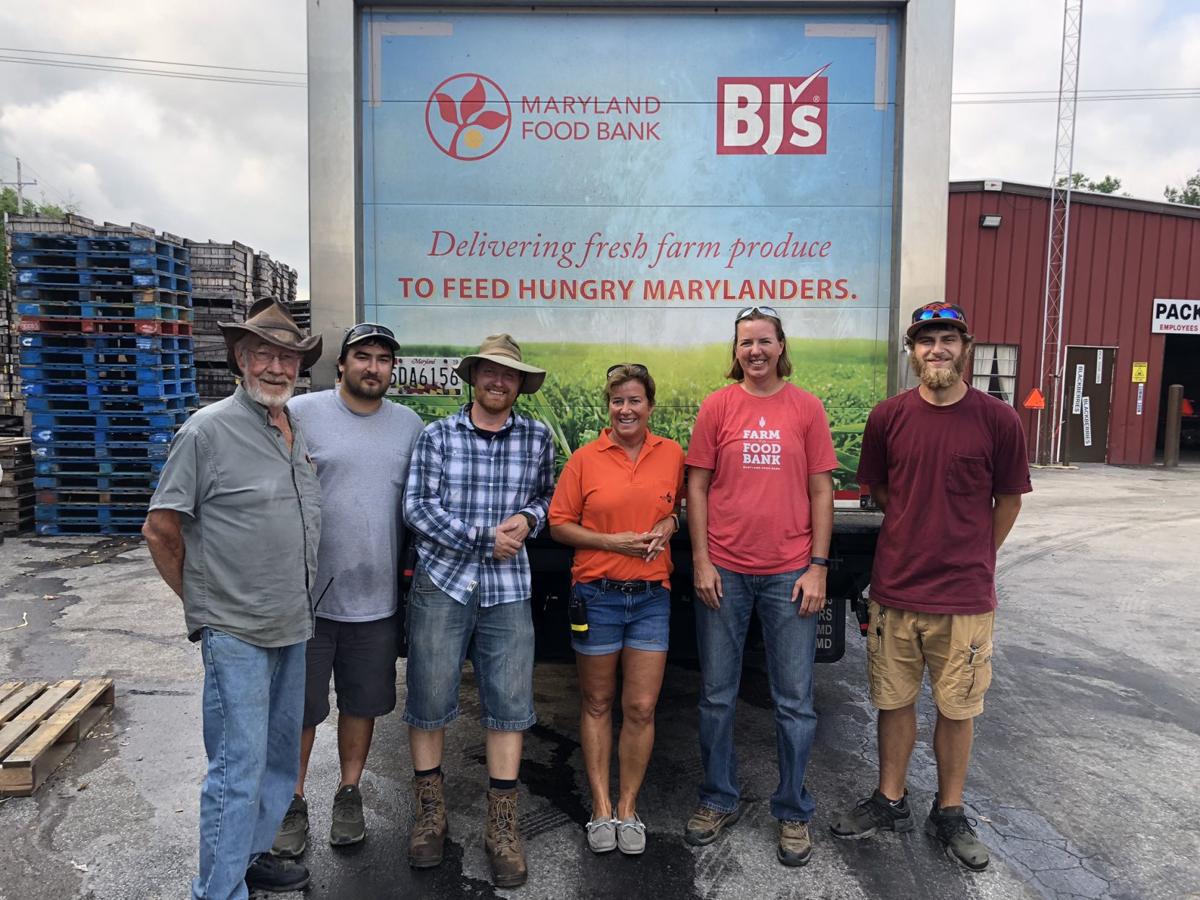 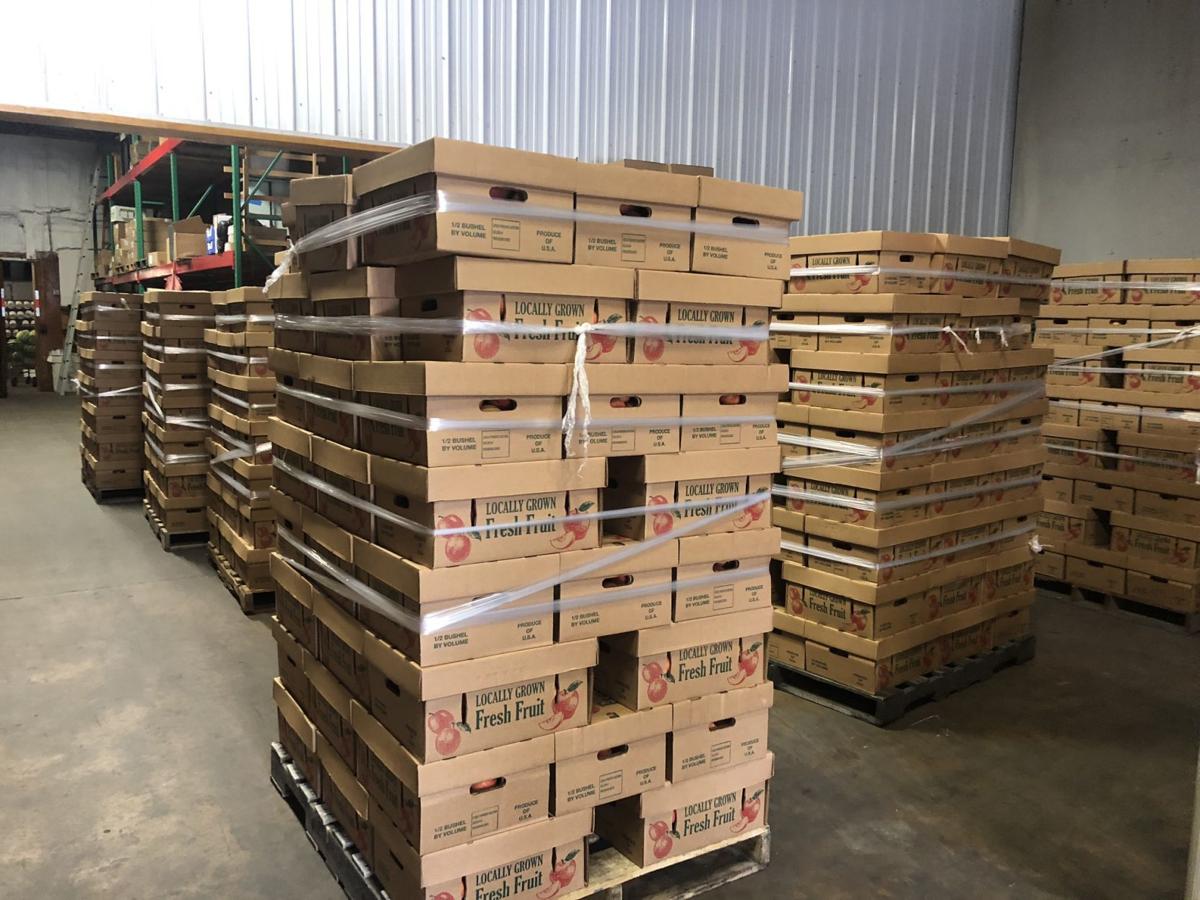 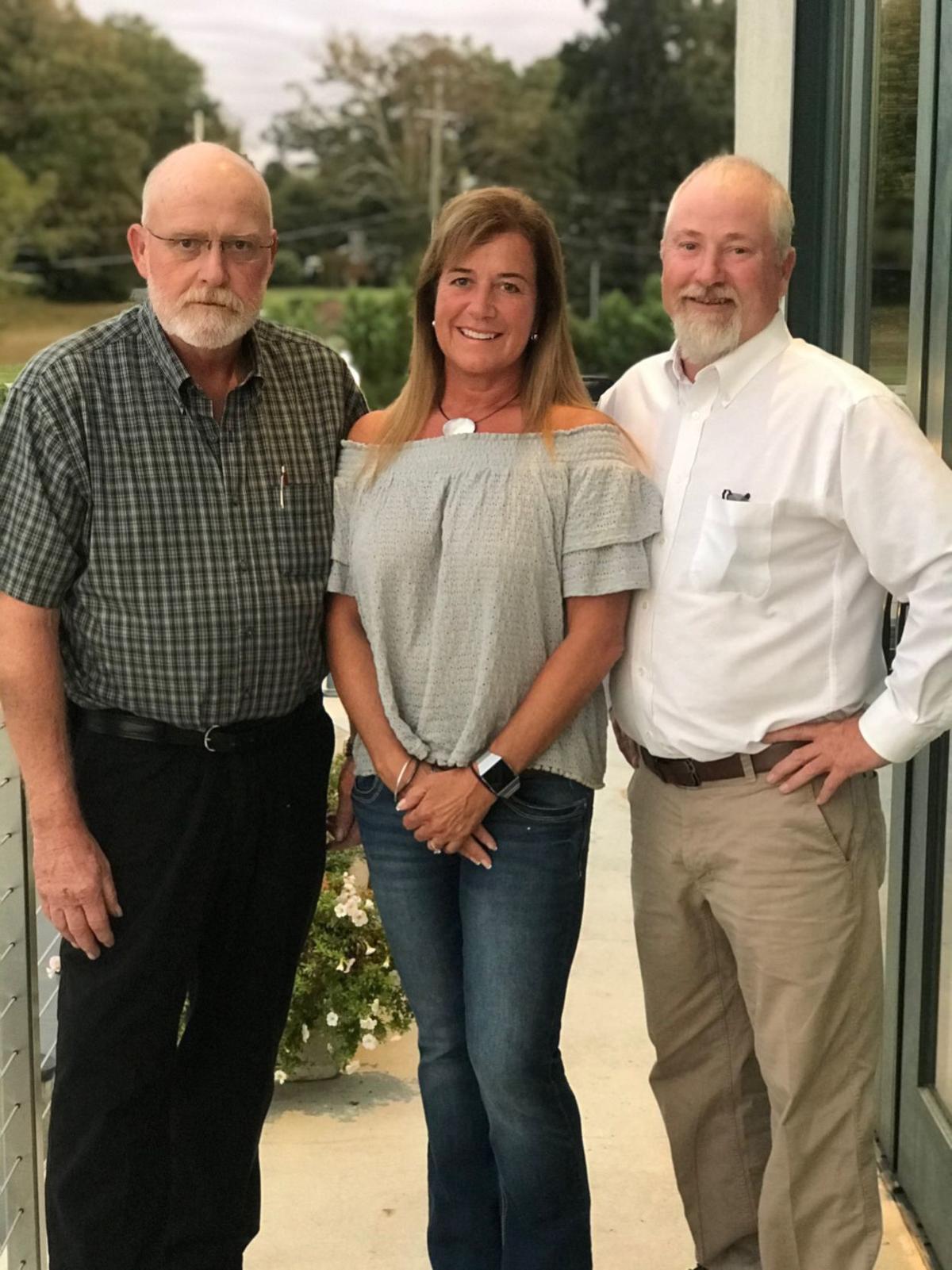 ELKTON — In this season of gratitude and giving thanks, it’s Cecil County’s farmers that are truly giving back.

“I am hoping this would encourage other farms to do more donating when crops are large to this great organization that gets the perishable fruits to the needy all over Maryland very quickly,” said Melinda Milburn Palmieri, a fourth generation co-owner of the orchard with her two brothers, Jay and David Milburn.

“The Milburns never hesitate to make a donation, participate in a program or share their knowledge of agriculture with the community at large. We truly love having their family as such an integral part of this community.”

Palmieri said the donation was somewhat of a no-brainer; her family’s orchard had a large crop this year and are accustomed to donating and supporting those less fortunate.

“It is extremely rewarding on so many levels to be able to give back to the community through the Maryland Food Bank, knowing with certainty that it will be distributed quickly and efficiently to our Marylanders in need,” she said.

Peaches are a perishable and delicate fruit, and Palmieri was hopeful that everyone — regardless of their circumstances — would be able to enjoy the Maryland grown fruit.

“It only made sense to help those in need when we had it right in front of us,” she said.

The state has policies in place that can make it advantageous for farmers and others to donate food to local and state food banks, but O’Shea said that in her work with Cecil County farmers, the motivation often isn’t fiduciary.

“When people think of donations, I think the first thing that comes to some people’s minds is the tax advantages,” she said.

“For farmers, that is not really the case. A tax write-off doesn’t really help your bottom line when farming is struggling the way it is today. With low profit margins, the tax credit only holds so much weight. Often, we see our farmers donating out of the goodness of their heart and for the love of their community and keeping residents healthy.”

Palmieri and her family are chief among these this giving season, and said that the Milburn family doesn’t see agriculture as a job.

“We do our work here on the farm as a way of life and a state of mind,” she said. “[Co-owners] Jay, David and I come from a long farming background on both our mom and our dad’s side.”

Palmieri’s great-grandfather moved to the Elkton location from the Chesapeake City area in 1902, and several generations of Milburns have been born and raised on their farm. As a fourth generation Cecil County farmer, Palmier said her family loves what they do every day, with her father and uncle still working with her and her siblings on a daily basis.

“Raising our own families here who are now young adults and potential fifth generation owners, I don’t think any one of us would have wanted it any other way,” she said. “How many other people can say they love what they do with of all their heart?”

The orchard receives nearly 1,000 donation requests per year, which they said they regrettably cannot accommodate. But Palmieri said all area farmers should do what they can whenever they’re able.

She said she’d been clued into the fairly new Farm Food Donation Program through the Farm Bureau’s newsletter in the spring. When her family saw how large their crop was this year, she and her brothers were delighted to seek out a non-profit that could handle a large-scale donation.

“This innovative program encourages farmers to donate fresh produce and more to non-profit organizations that support those in need,” said Governor Larry Hogan when the program launched two years ago. “This is a way for Maryland farmers to further help their communities and ensure their harvest does not go to waste.”

Palmieri said the Maryland Food Bank was logistically equipped to ensure the produce could get to those who need it before it over-ripened.

“They were here for the pick up within days,” she said. “They estimated to have the fruit distributed to the hands of the less fortunate within another couple of days. That made us very happy. This year’s peach crop was fantastic, allowing us to make such a sizable donation, which is much easier on our minds than the possibility of allowing any good food to go to waste.”

The Milburn family said the process was “easy and satisfying,” and that they hope to encourage other farms to participate whenever possible.

“They will not regret it,” Palmieri said.

O’Shea complimented the longtime farming family for their foresight in anticipating market changes.

“The Milburns recognized the change in the apple market on the East Coast years before it happened, adapted and adjusted to continue their farm for future generations,” she said.

“With their innovative thinking and creative business plan, they became one of the largest tourist attractions in the county. They are able to touch thousands of lives and connect them to agriculture and have kept the farm active and productive for future generations to come. It is inspiring. We are honored they call Cecil County home.”