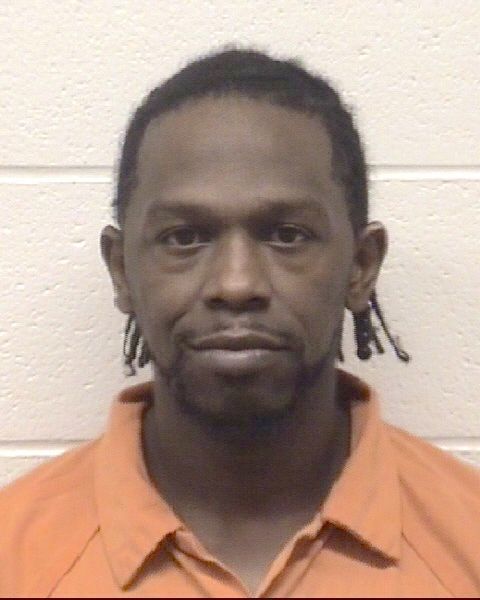 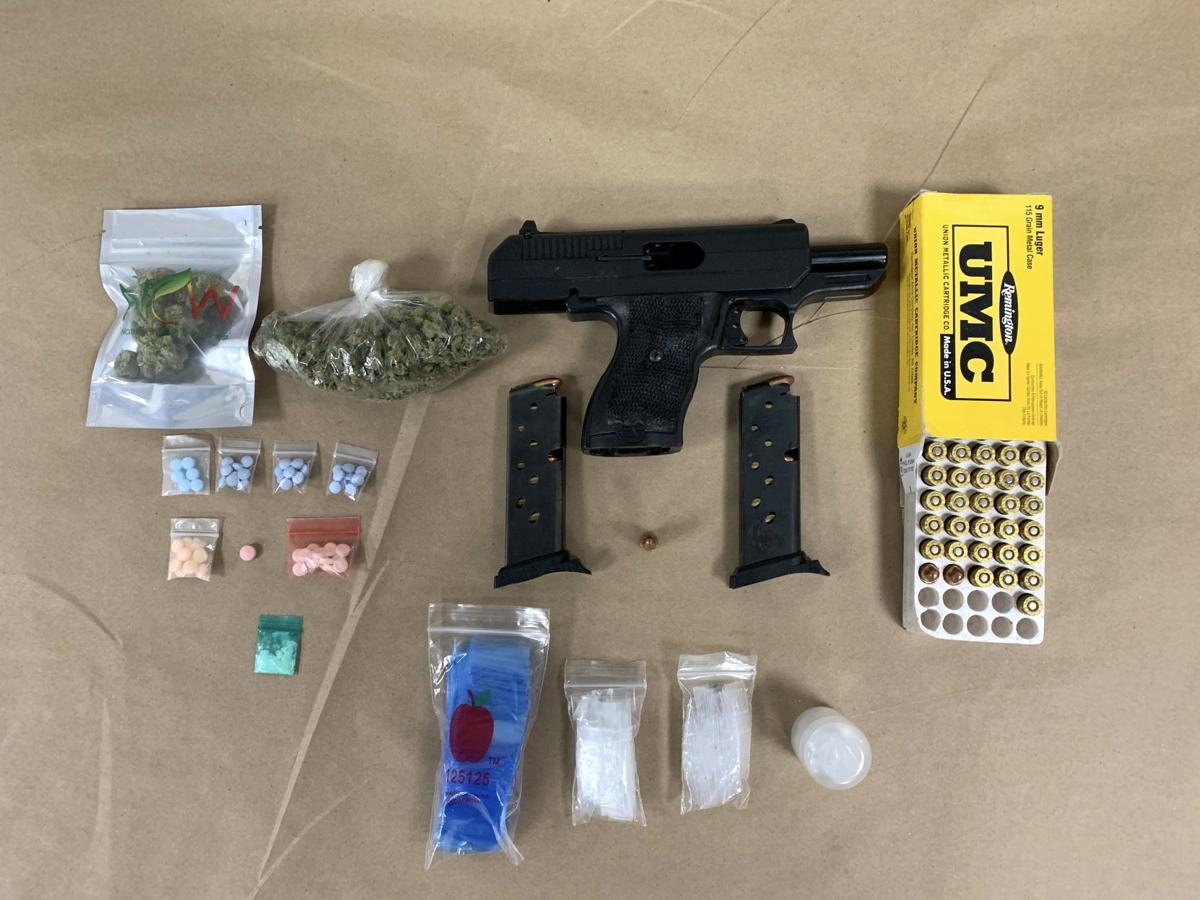 This police photo shows a handgun, ammunition and drugs that investigators confiscated while raiding an Elkton residence. 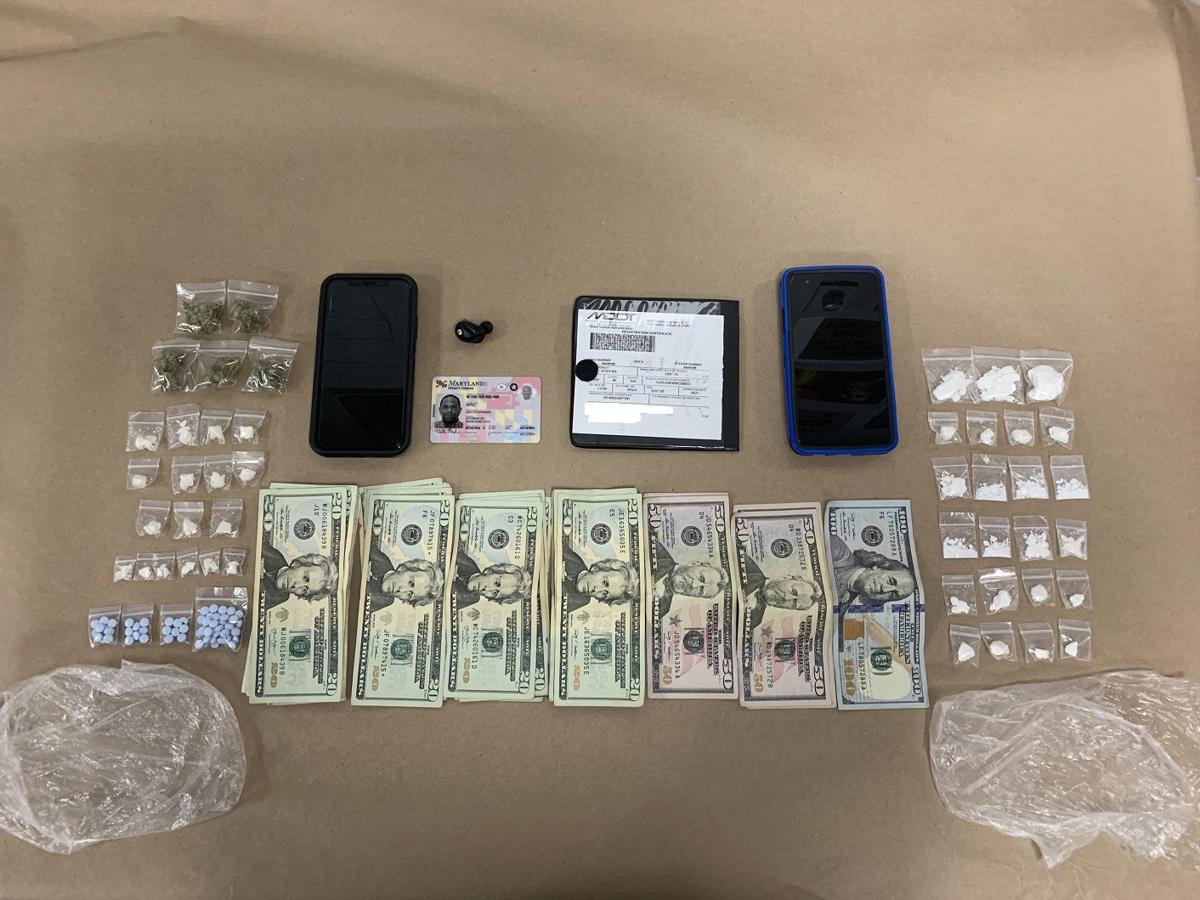 This police photo shows drugs and other evidence seized by investigators during a traffic stop and a house raid, both of which occurred in Elkton.

This police photo shows a handgun, ammunition and drugs that investigators confiscated while raiding an Elkton residence.

This police photo shows drugs and other evidence seized by investigators during a traffic stop and a house raid, both of which occurred in Elkton.

ELKTON — A man is facing numerous criminal charges after investigators caught him with an ounce of suspected crack cocaine and other drug-related evidence during an Elkton traffic, police reported Friday morning.

Investigators identified the suspect as Carlton Nathaniel Maple, 40, of the unit block of Gina Marie Lane in Elkton, where detectives conducted a court-approved search, after that traffic stop, and confiscated additional crack cocaine and Oxycodone pills, as well as 20 grams of marijuana, a loaded 9mm handgun and box of bullets, according to Capt. Joseph Zurolo, an Elkton Police Department spokesman. There are 28 grams in an ounce.

“It is worth noting (that) Mr. Maple is a prohibited individual from owning and possessing a firearm,” Zurolo said, referring to a conviction on Maple’s criminal record that disqualifies him from possessing guns.

Maple is facing a total of 24 criminal charges — 14 of which are felonies — and some of those counts relate to Maple allegedly possessing drugs in a school zone and a firearm while deemed a convicted felon, Zurolo noted.

The house raid was prompted by a traffic stop that occurred at approximately 11:15 p.m. on Oct. 24, when members of EPD’s Street Crimes Unit stopped a vehicle driven by Maple after he allegedly failed to stop for a red light at the intersection of Bridge Street and Howard Street in downtown Elkton, police reported.

Officers were familiar with Maple, according to police.

“Mr. Maple is also the subject of an ongoing open narcotics investigation. As a result of this information, Elkton Police Department’s K9 unit was notified,” Zurolo explained.

(Police officials did not publicize Maple’s arrest, which related to that ongoing investigation, until Friday morning — eight days after that traffic stop.)

EPD K9 Officer Morgan arrived at the traffic stop scene with his specially-trained scent dog, Niko, police said. During a sniff-scan of the outer part of the suspect’s car, police added, Niko alerted to the presence of illegal drugs inside the vehicle.

That led to a probable-cause vehicle search in which investigators seized an “ounce of crack cocaine, all packaged individually for sales,” as well as four small bags of Oxycodone pills and five small bags of marijuana, also all packaged for sales, according to Zurolo.

In addition, searchers determined that Maple was in possession of $701, which they also confiscated, Zurolo reported.

Because of the information and evidence gained through the open narcotics investigation and the traffic stop, detectives were able to conduct a court-approved search of Maple’s residence on Gina Marie Lane, police said. In addition to EPD patrol and SCU officers, members of Maryland State Police’s Gang Enforcement Unit participated in the raid, police added.

Searchers found and confiscated several bags containing suspect Oxycodone pills, a small bag of crack cocaine, nearly three-quarters of an ounce of marijuana, a bag of Hydromorphone pills, a bag of Alprazolam pills, the loaded 9mm handgun and the box of ammunition, according to Zurolo, who further reported that the suspect drugs had been “packaged for sales.”

Maple remained in the Cecil County Detention Center without bond on Friday, according to Cecil County District Court records, which indicate that he is scheduled for a Nov. 22 preliminary hearing.

Among the 24 charges against Maple are possession of crack cocaine with intent to distribute and possession of a firearm in a drug trafficking crime, court records show.