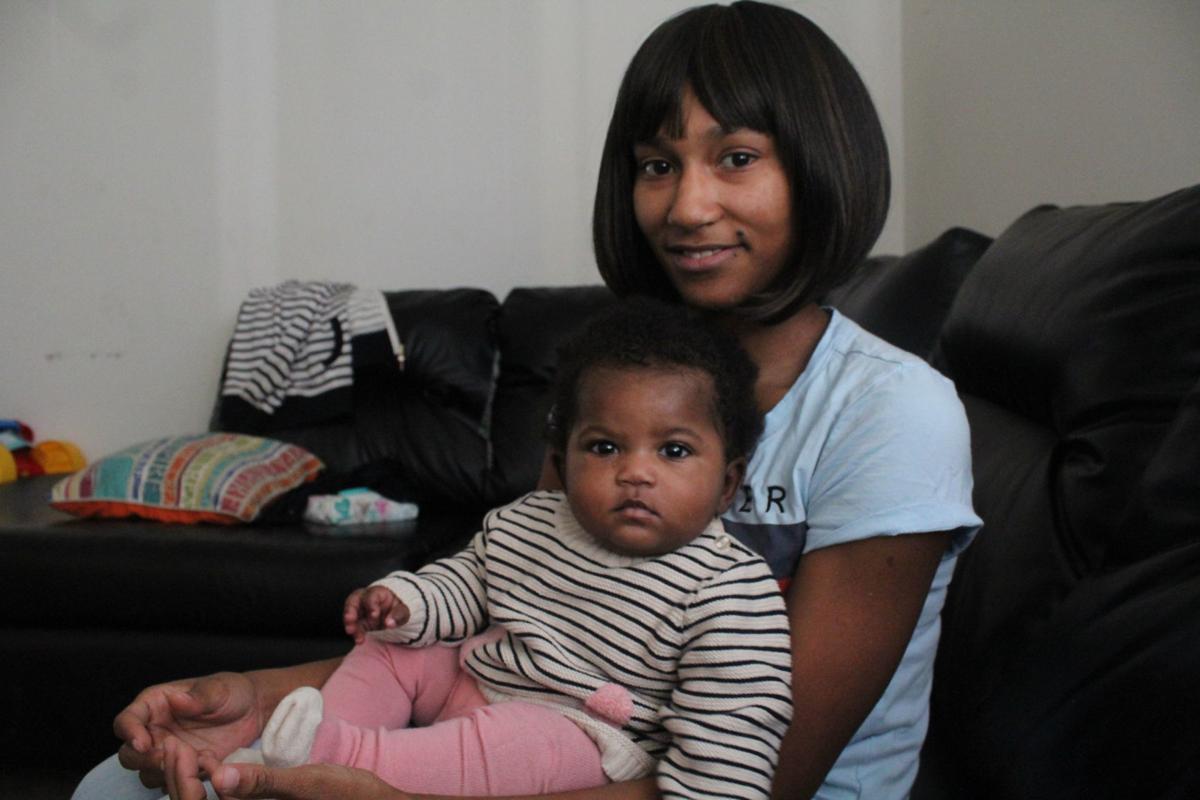 Nijah Scott holds her 9-month-old daughter Lauren Cheeks, who was born with numerous heart conditions and other health issues. The family is raising money through GoFundMe to help pay for Lauren’s medical care. 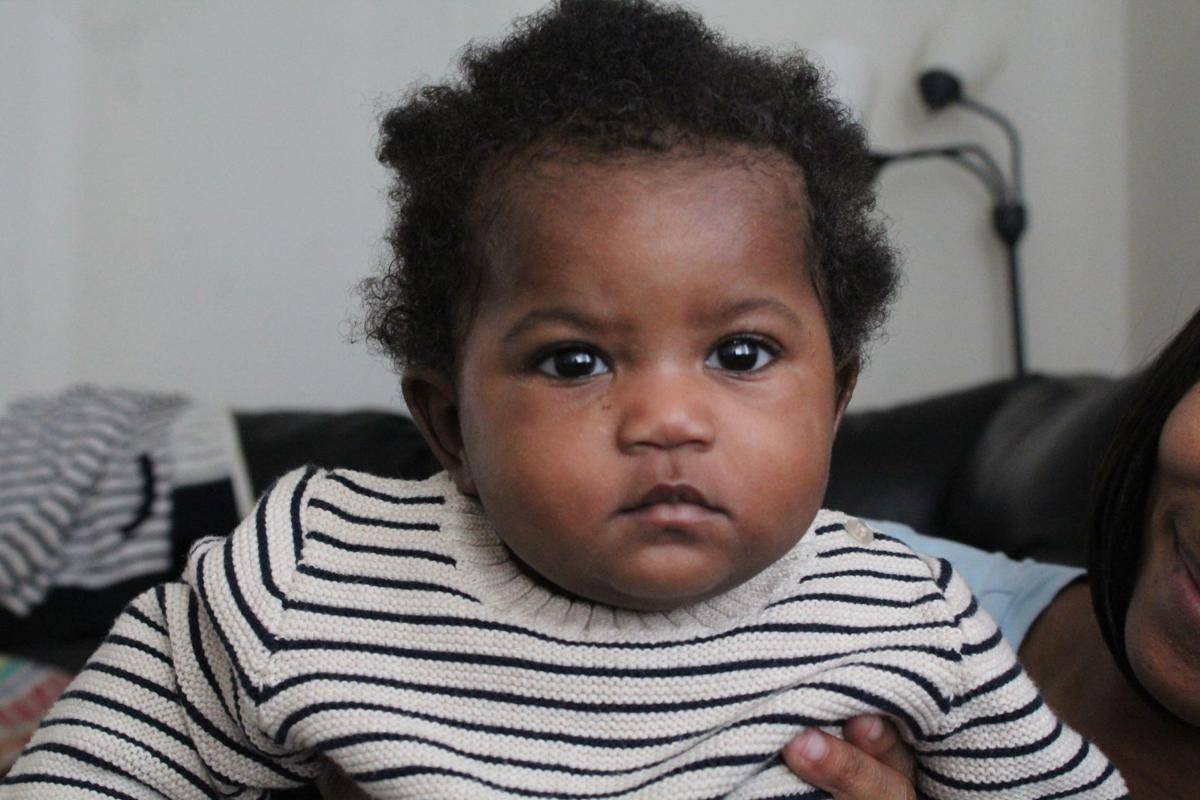 Nine-month-old Lauren Cheeks has numerous heart conditions and other health issues. She will be able to undergo her first heart surgery when she is closer to 2 years old.

Nijah Scott holds her 9-month-old daughter Lauren Cheeks, who was born with numerous heart conditions and other health issues. The family is raising money through GoFundMe to help pay for Lauren’s medical care.

Nine-month-old Lauren Cheeks has numerous heart conditions and other health issues. She will be able to undergo her first heart surgery when she is closer to 2 years old.

ELKTON — Nine months after being born with a stomach tumor, a hole in her heart, and numerous other health conditions, Lauren Cheeks is continuing to fight towards the day when she can lead a happy and healthy life.

With the support of her parents, Nijah Scott and Eric Cheeks; her sisters Peyton, 4, and Ny’asia, 2; and community members, Lauren is way ahead of the “happy” portion of that equation.

Lauren’s family has set up a GoFundMe page at https://bit.ly/2H0FNpJ to help pay for her medical care. So far, the fundraiser has accumulated about $3,000, with a goal of raising $20,000.

Lauren was born May 6, 2019 at Union Hospital in Elkton. That same day, she was transferred to University of Maryland Medical Center in Baltimore, where doctors removed a 6-centimeter tumor with five cysts attached to it.

During Lauren’s two-week stay at UMMC’s neonatal intensive care unit, doctors performed an electrocardiogram test and found that Lauren has Wolff-Parkinson-White (WPW) syndrome, a rapid heartbeat caused by an extra electrical pathway between the heart’s upper and lower chambers. Doctors also discovered that Lauren had an atrial septal defect (ASD), or a hole in her heart.

After a followup visit with her cardiologist, Lauren was admitted to the hospital for heart failure. That’s when doctors found that Lauren also had a left ventricular noncompaction — a cardiac disorder where the heart’s lower left chamber does not develop correctly and has trouble pumping blood — and cardiomyopathy, which also makes it difficult for the heart to pump blood to the rest of the body.

Nijah said she was aware of the tumor while she was pregnant with Lauren, but that her daughter’s heart conditions and other health issues came as a shock.

“When I found out about her heart, I was more scared because she can’t live without her heart,” Nijah said. “I wondered if she would need a transplant, how far would she make it, how long would she live. I was nervous and scared.”

For Lauren to receive the necessary treatment, she and her family had to travel to the Texas Children’s Hospital where they met with three cardiologists and one WPW doctor. Since then, Lauren’s family has been able to find a doctor in Maryland to treat Lauren’s cardiomyopathy, but the family still must travel to Texas every 6 months to meet with Lauren’s WPW doctor.

According to Nijah, Lauren is supposed to be scheduled to have her first open-heart surgery when she is closer to 2 years old.

“Right now, her veins are too tiny for the stents and the devices that would be used,” she said. “She’s stable on medications, but she still has her flare ups.”

Even back in Maryland, Nijah said they still have to drive to Baltimore for most of her daughter’s appointments and medicine, which adds up in both time and money.

Taking into account gas money and tolls for their Maryland visits, a rental car and hotel costs for their Texas visits, and having to pay out of pocket for Lauren’s medical costs due to insurance challenges, Nijah said their family has already had to pay several thousand dollars. That’s why they are turning to community support through the GoFundMe page to raise money to fund Lauren’s ongoing medical treatment that she will face for years to come.

Nijah is also planning to hold a fish fry on Feb. 15 at Steve’s Sports Lounge in Philadelphia, where she has family. The event will run from 2 to 9 p.m. and tickets are $15.

With February being Heart Month and Feb. 7-14 being Congenital Heart Defect Awareness Week, Nijah hopes to make more people aware of the struggles that individuals with a congenital heart defect and their families face.

Despite Lauren’s numerous health issues, Nijah said that most of the time her daughter appears to be as healthy as can be.

“The thing that throws it off is looking at her she looks healthy … She’s fine when she’s playing and things. But a lot of times when she’s at rest is when her heart rate seems to go up. We’re not sure why,” she said.

When Lauren does have a flare up, her symptoms can include lack of oxygen, sweating, her stomach rising and falling rapidly, and swelling in her legs, arms and face, according to Nijah.

Nijah’s advice for other families with a child with heart issues or other health problems is to never give up.

According to Nijah, Ny’asia is still too young to understand most of what is going on, but Peyton likes to help out however she can.

“She’s overprotective. She always wants to be the one that holds her,” Nijah said about Peyton’s relationship with Lauren.

In addition to support from loved ones and an online group for other “heart families,” Nijah said Lauren gives her hope as a mother.

“She’s a lot stronger than me,” she said. “I get my strength from her. Just to see her do the little things is truly amazing.”