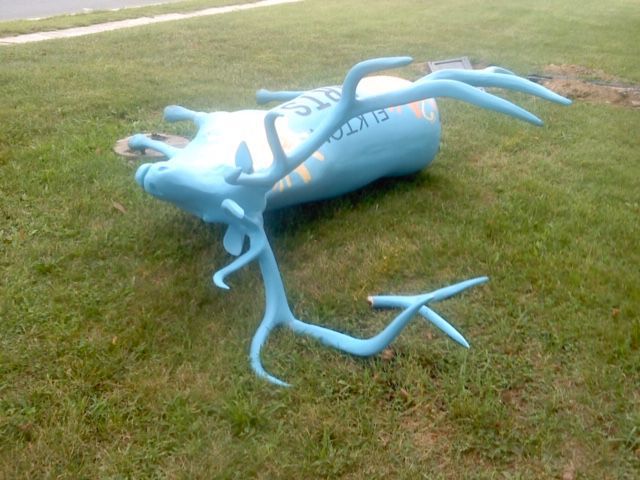 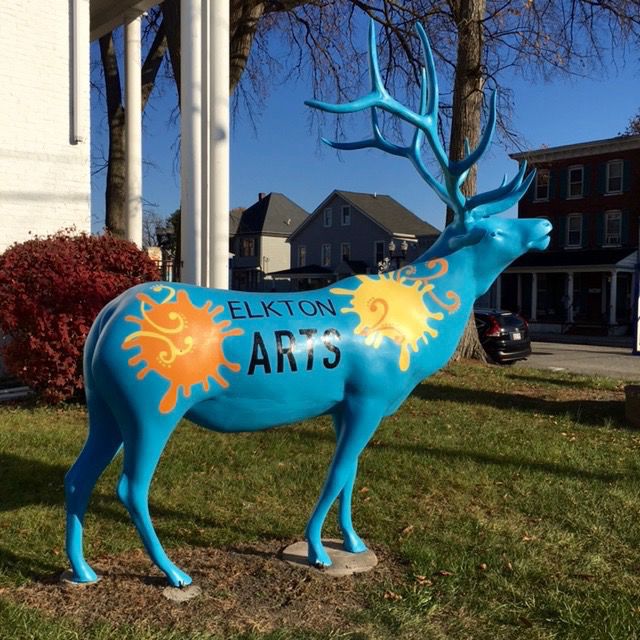 Artie, the elk sculpture that typically resides at the corner of Main and Bridge streets in Elkton, was found damaged on Aug. 27, officials reported. 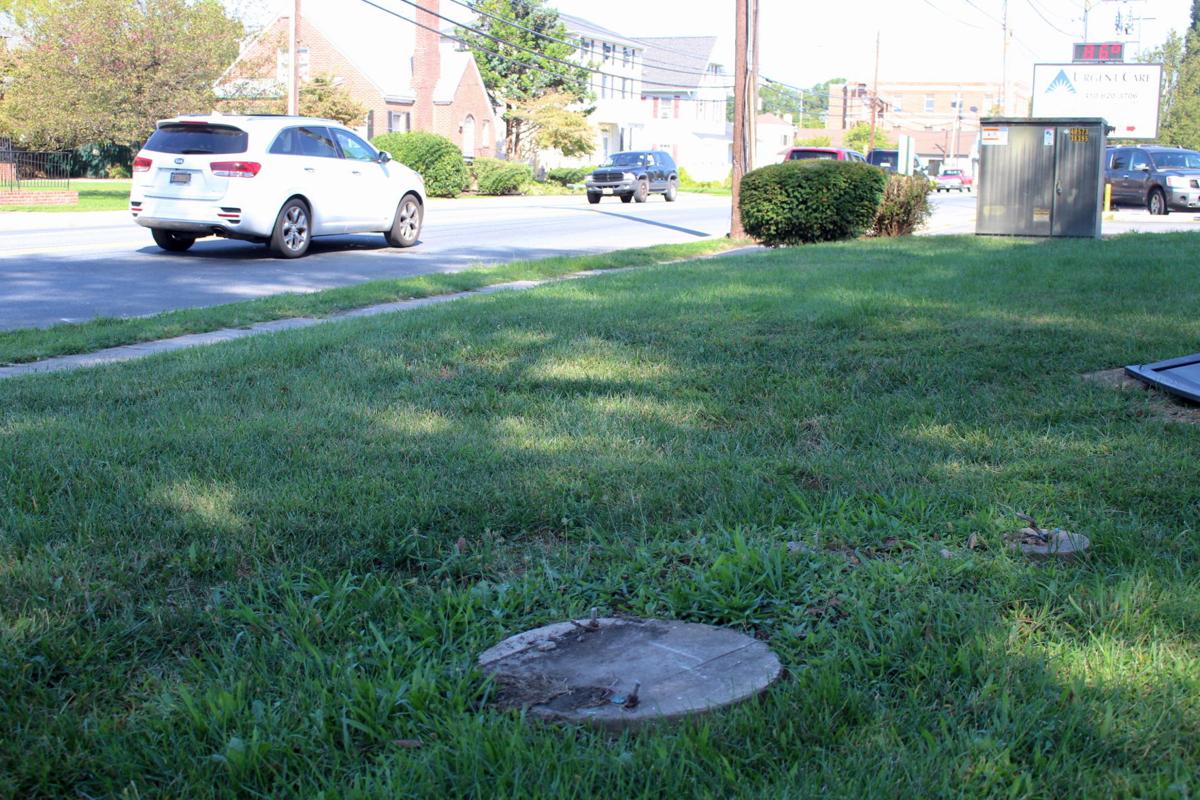 The typical perch for the Elkton Arts Loop elk statue was empty Friday morning after the sculpture was damaged earlier in the week, leading to speculation as to what happened to it.

Artie, the elk sculpture that typically resides at the corner of Main and Bridge streets in Elkton, was found damaged on Aug. 27, officials reported.

The typical perch for the Elkton Arts Loop elk statue was empty Friday morning after the sculpture was damaged earlier in the week, leading to speculation as to what happened to it.

ELKTON — One of the town’s elk statues was found damaged Tuesday morning, leading Union Hospital officials to place it into storage.

Margie Blystone, chairwoman of the Elkton Arts & Entertainment District, noticed the missing statue that sits at the corner of Bridge and Main streets Thursday evening and posted a message on Facebook searching for info on its whereabouts. It quickly gained attention from other artists and business owners.

“Has anyone seen me? Apparently I have gone astray and don’t know my way back home? If you know where I am, could you let me know? The Elkton Arts community is concerned about my wellbeing!,” read the message from Showcase on Main, a newly opened community theater on Main Street operated by Lee Lewis.

On Friday morning, Kathryn McKinney, spokeswoman for Union Hospital, which owns the property on which statue sits, confirmed that the hospital’s maintenance crew found the elk statue on the ground and damaged when they arrived for renovation work Tuesday.

They placed it into storage until repair work could be done, she said. In its fall, the painted statue reportedly sustained damage to its antlers.

“The elk had been involved in an altercation,” McKinney said. “He has been taken to the vet.”

According to Capt. Joseph Zurolo, spokesman for the Elkton Police Department, there is no reported vandalism case as of Friday regarding the statue, nor is he sure that the damage was the result of vandalism, a malfunction of the statue’s support base, or another reason.

Even if there was, he noted that there are few surveillance cameras that would likely cover that corner, making investigating the damage more difficult.

The history of the town’s elk dates back to 2005, when the late Mary Jo Jablonski came up with the idea of auctioning painted sculptures of the town’s mascot to benefit the Elkton Chamber & Alliance. For three years, herds of elk were decorated and sold at auction — sometimes to downtown business owners who proudly displayed them outside their shops and other times to private owners who placed them at their homes.

All 20 of the fiberglass sculptures were created by Fiberglass Farms company in Belfast, Maine.

While many of the elk statues have been moved in the past decade, several continue to reside in downtown Elkton.

The damaged elk at Bridge and Main streets was repainted by Blystone and her daughter in honor of the Elkton Arts & Entertainment District in 2016, and dubbed “Artie.” Meanwhile, other elk can still be found near Elkton Florist at Main and Bow streets and the Cecil County Arts Council just before Main and Church streets.

Vandalism of the elk is not unheard of. The controversial “Gertie” elk, which sported a bikini design from members of the Mad Hatters of Cecil County, was tipped over and ridden by some unruly teens after its installation in 2005. Meanwhile, another elk was also tipped over that year by vandals, according to Cecil Whig records.