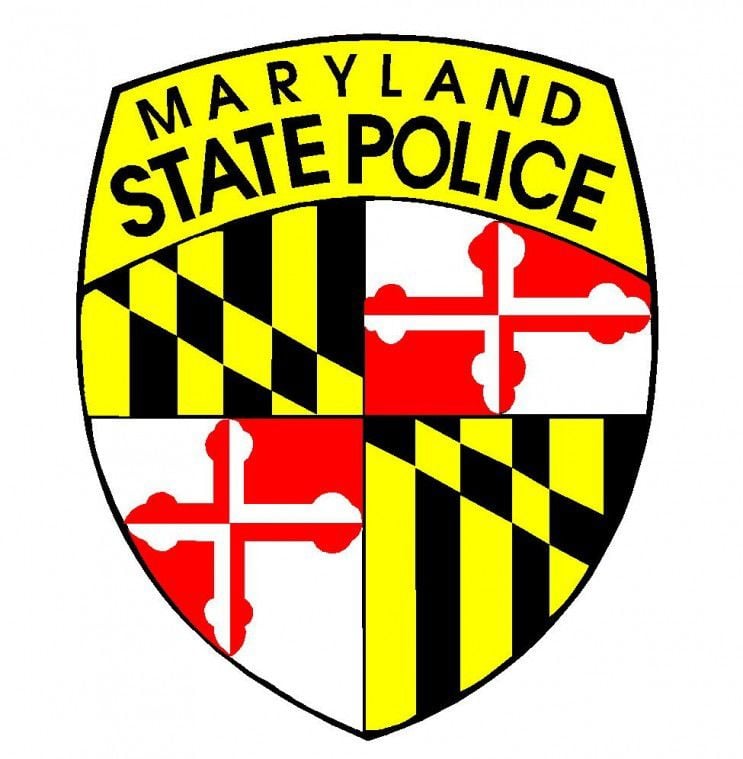 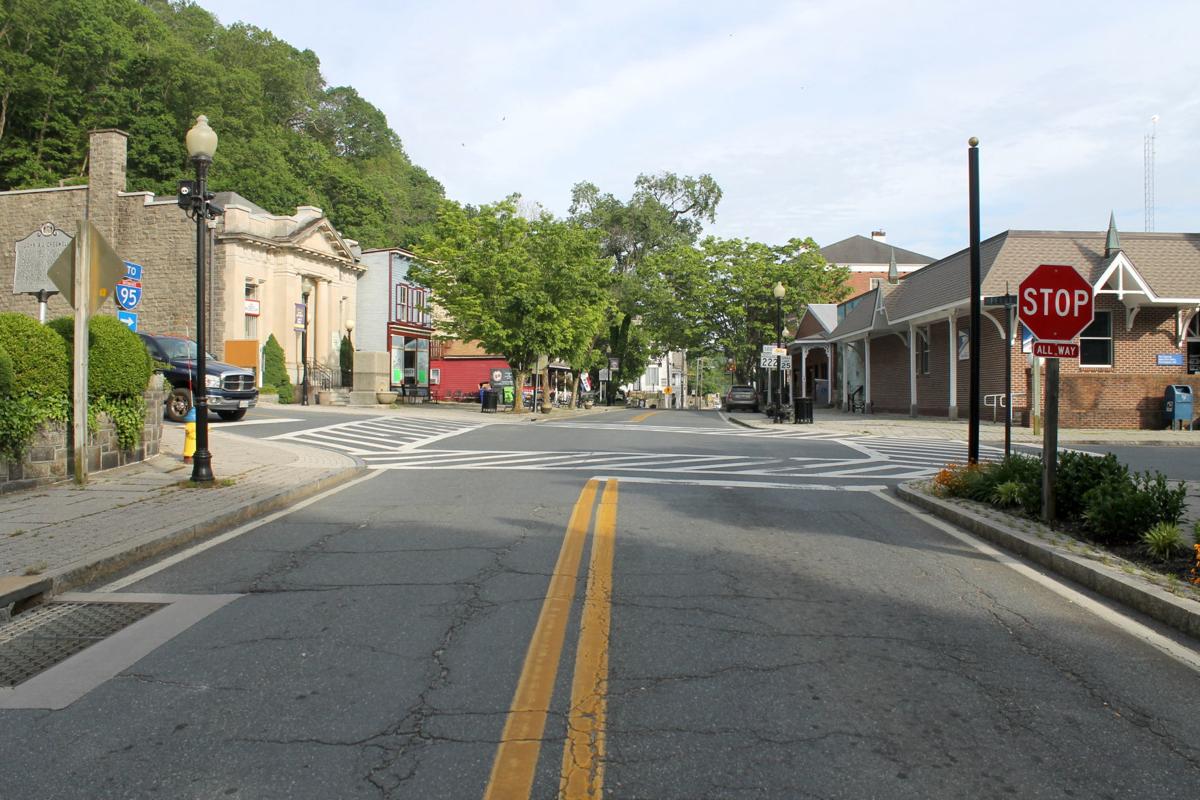 This photo shows Main Street in Port Deposit, where a stranger abducted a 20-year-old woman in April 2002 and later beat and raped her, before leaving her for dead in a ditch. The woman was near the U.S. Post Office (closest building on right), when he abducted her. Maryland State Police detectives recently started aggressively investigating that 18-year-old sexual assault cold case again. 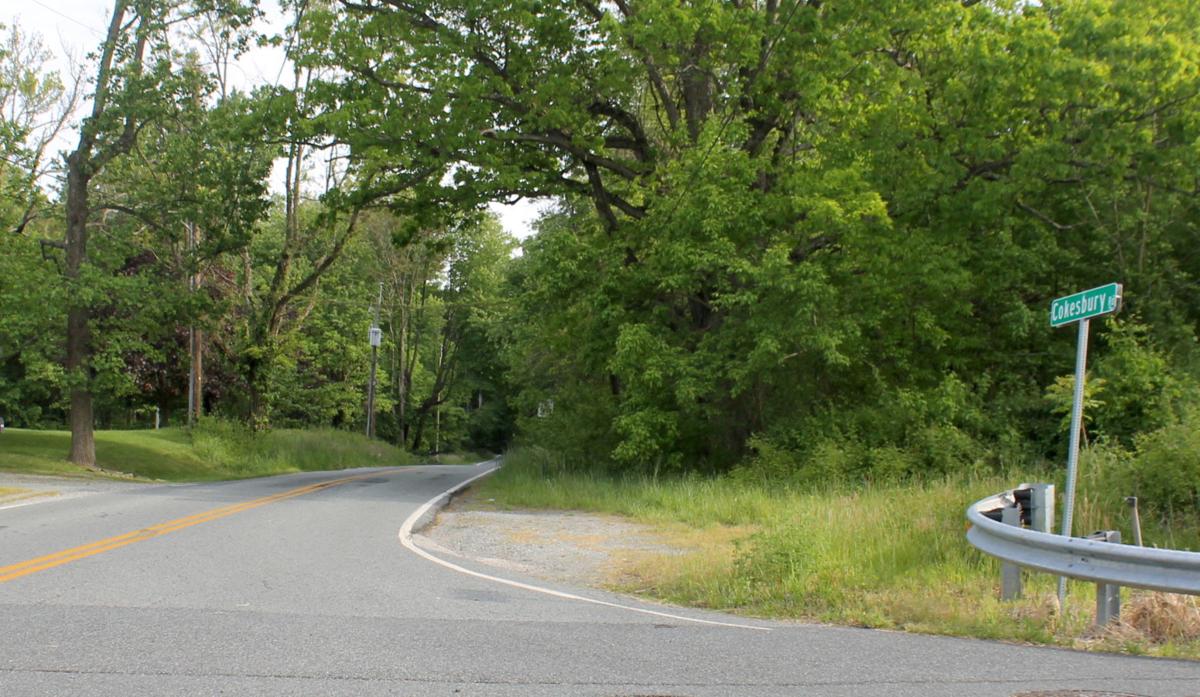 This photo shows Cokesbury Road near Port Deposit — the last landmark remembered by a woman, then 20, before her abductor beat, raped and left her for dead in a ditch in April 2002. Maryland State Police detectives recently started aggressively investigating the 18-year-old sexual assault cold case again.

This photo shows Main Street in Port Deposit, where a stranger abducted a 20-year-old woman in April 2002 and later beat and raped her, before leaving her for dead in a ditch. The woman was near the U.S. Post Office (closest building on right), when he abducted her. Maryland State Police detectives recently started aggressively investigating that 18-year-old sexual assault cold case again.

This photo shows Cokesbury Road near Port Deposit — the last landmark remembered by a woman, then 20, before her abductor beat, raped and left her for dead in a ditch in April 2002. Maryland State Police detectives recently started aggressively investigating the 18-year-old sexual assault cold case again.

NORTH EAST — In the dark, early-morning hours of April 6, 2002, a stranger raped a 20-year-old woman in an isolated area somewhere near Port Deposit, battered her into unconsciousness and then left her naked in a gulley.

“She was brutally beaten and sexually assaulted and left for dead in that ditch,” outlined Maryland State Police Det. Sgt. Steven Juergens, who is supervisor of the agency’s regional Criminal Enforcement Unit.

But the woman regained consciousness.

After wandering naked for what investigators believe was a short distance, as she looked for help, the woman flagged down a truck driver before sunrise, police said. That driver immediately called 911, which started an MSP investigation to identify and arrest the man responsible for brutally violating the woman, police added.

The woman, who was hospitalized for her injuries, underwent a rape exam as part of the forensic side of the investigation.

Investigators were able to recover DNA believed to be that of the rapist, and they entered that scientific information into a national database called CODIS, an acronym for Combined DNA Index System.

MSP detectives checked that database often at the outset, looking for a match, but there wasn’t one.

As days, weeks, months and years passed after that April 2002 rape, investigators continued to check CODIS — hoping that some police agency somewhere in the United States had arrested the unknown rapist on some unrelated charges and entered his DNA into the system.

As of Thursday, however, MSP detectives still had not found a match on that national database, according to Juergens.

MSP detectives recently decided to aggressively investigate the 18-year-old unsolved rape case — once again — after it caught their direct attention.

“While reviewing some sexual assault cold-case files, (MSP Det. Sgt.) Gregory Hahn came across this one, and he brought it to my attention. I read the file, and we decided to actively pursue this case some more,” said Juergens, who had assisted in the initial investigation 18 years ago.

In late February, shortly before the coronavirus pandemic resulted in restrictions at workplaces, including the agency’s North East Barrack, Juergens reviewed the rape case with the MSP detective who had served as the primary investigator. That detective is now retired.

Juergens also conducted an in-person interview with the woman, who is now 38 and lives in another state, far from Maryland. The woman had recently turned 20 at the time of the rape, and she lived in downtown Port Deposit.

“I got on Facebook and was able to find a relative of hers. As it turns out, the woman (who had been raped) just happened to be in this area visiting family, and (the relative) put me in touch with her,” Juergens explained.

Knowing that the revitalization of the rape investigation would result in a Cecil Whig article, the woman had one proviso during her interview with Juergens at the North East Barrack. The woman was adamant that she be identified as a “survivor” and not a “rape victim” to help with her ongoing recovery, which still involves counseling some 18 years after the incident.

“The unknown man forcibly took off her clothes and forced her to perform sex acts. She still doesn’t remember anything after the sexual acts,” Juergens reported.

While Juergens and his fellow detectives are still hoping that CODIS yields a DNA match, they believe that a tool — not fully unavailable to them back in 2002 — might produce some helpful information.

“Social media back then wasn’t what it is now. Today, all sorts of information is posted on Facebook and other social media sites,” Juergens said. “We’re hoping that a story in the newspaper (and online) might jog some memories. Maybe someone knows something and will come forward.”

One of the hopes is that the man might have told someone about the rape he committed in the early-morning hours of April 6, 2002, or that someone has known about the crime, in general, and has been reluctant to contact investigators, he noted.

“He may have told someone. He may have bragged about it to someone in a bar or some other public place and someone overheard it. He may have friends, neighbors or acquaintances who know something, and they were afraid to come forward at the time. Now, after all these years, they may be willing to come forward,” Juergens said, listing some possible scenarios.

Anyone with information that might help detectives who are investigating this 18-year-old rape case is asked to call MSP’s North East Barrack at 410-996-7810.

The woman first saw the unknown man between 2:30 a.m. and 3 a.m. on April 6, 2002, while she was walking on Main Street in Port Deposit, looking for her boyfriend. Earlier that morning, her boyfriend had left their North Main Street residence, without telling her where he was going.

A man in a black, two-door car, possibly a Honda, pulled up to the woman while she was standing on Main Street and asked what she was doing, police said. After she told him, police added, he continued driving north on Main Street (Route 222) toward Conowingo, police added.

Moments later, the man, now heading south on Main Street, pulled up beside the woman near the U.S. Post Office and said he found her boyfriend “up the road,” according to investigators, who further reported that he offered to drive her there and she accepted.

With the woman in his front-passenger seat, the man continued driving south on Main Street, headed up the steep hill leading from Port Deposit and, after driving approximately two miles, he made a right onto Cokesbury Road — which is the last landmark the woman can recall, police reported.

“She told him that she wanted to go home. She knew by that point that there was an issue,” Juergens told the Cecil Whig.

After pulling off an unknown road, the man forced the woman to perform sex acts, including intercourse, and beat her into unconsciousness, police said. She later regained consciousness in a ditch, naked and alone, police added.

“She was badly beaten, completely nude and looking for help. She climbed the (security) fence along I-95. She stopped a truck driver on I-95 and he called 911,” Juergens said.

MSP investigators later found the woman’s discarded clothes on Frenchtown Road near Port Deposit, after canvassing the general area surrounding where she had flagged down the truck driver, Juergens reported. But detectives still are unable to determine if the rape occurred at that location, according to Juergens.

“The sexual assault could have occurred at another location and then he could have gotten rid of her clothes on Frenchtown Road,” Juergens said.

Investigators also have not determined the location of the ditch where the woman regained consciousness, but they believe it is relatively close to where she flagged down the truck driver on that section of I-95 that is generally considered to be the Perryville area.

“She was badly beaten. In her condition, we don’t believe she would have been able to walk too far,” Juergens said.

After his Cecil Whig interview, Juergens disclosed that — to avoid compromising this cold-case rape investigation — he purposefully withheld some information about this case.