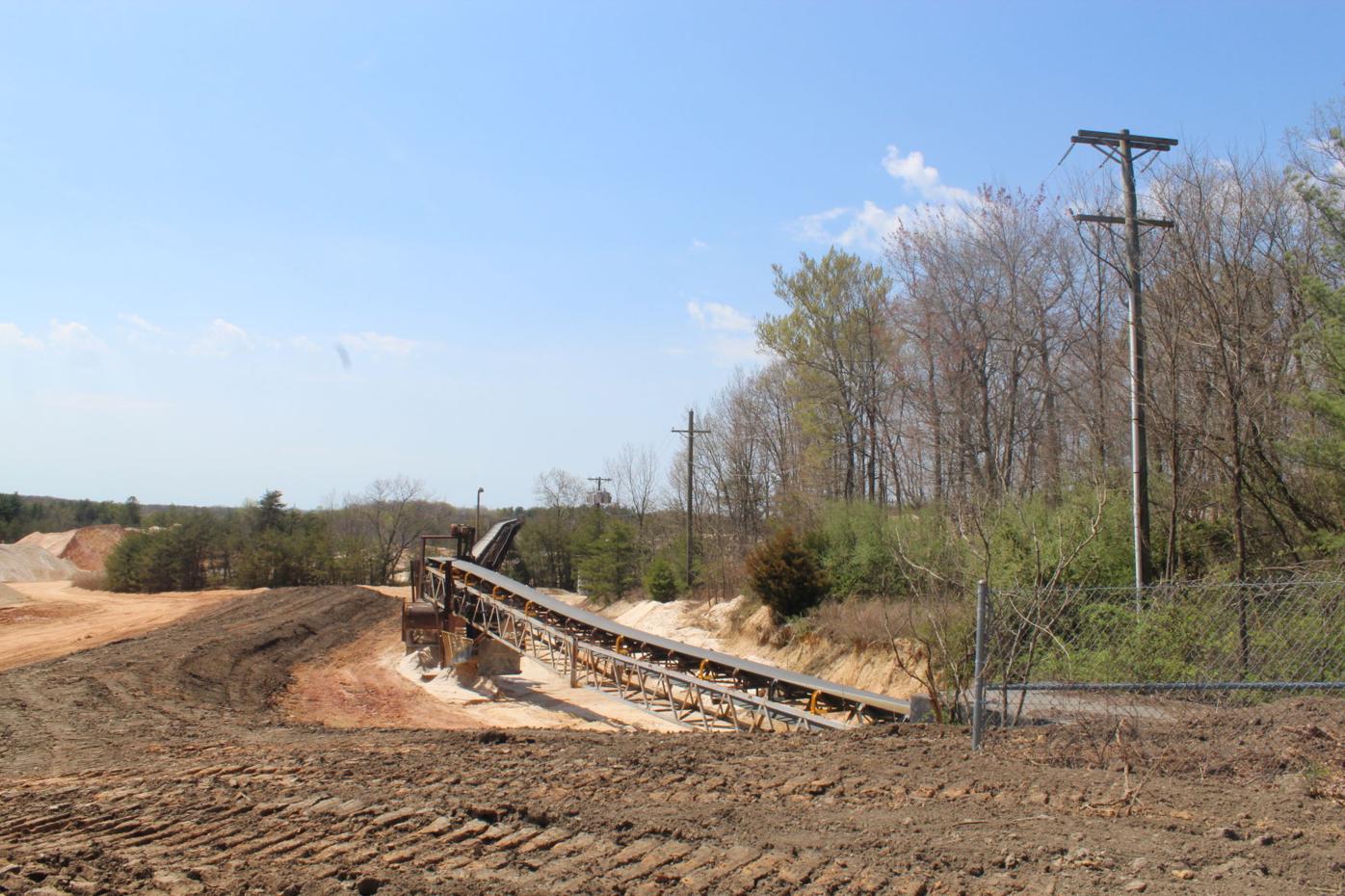 The current location of Mason Dixon Sand and Gravel Company. The forest area to the right is one of the properties that the company hopes to rezone to heavy industrial. 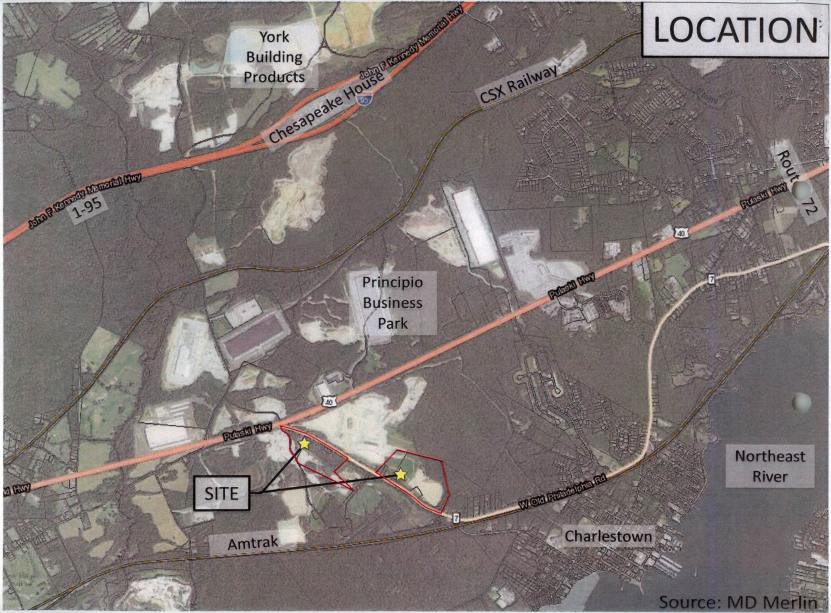 The current location of Mason Dixon Sand and Gravel Company. The forest area to the right is one of the properties that the company hopes to rezone to heavy industrial.

The companies are asking County Council to rezone eight properties from a suburban transitional to a heavy industrial zone.

The properties were split into two different rezoning requests, representing 36.4 acres and 47 acres on West Old Philadelphia Road, west of Charlestown. York Building Products is serving as the agent for Principio and Mason-Dixon.

The proposed projects are on the same road as an unrelated industrial project that was denied by County Council last month amid opposition from residents.

Charles Schaller, a lawyer for the the most recent projects, pointed to how the area around the two zones is all zoned as industrial and that increased growth has meant the neighborhood’s character has changed enough to allow for change.

“The character of the neighborhood has changed substantially,” Schaller said during Tuesday’s council meeting. “We’re all aware of how Cecil County has prospered and moved forward over the past decades. And this area is no exception. It is in a priority funding area. It is focused by this county as to be for future industrial, commercial use.”

The project’s architect, Sean Davis, said the area previously had mining, and that the area being zoned as suburban transitional was a mistake.

“It’s not suburban transition,” said Davis. “It’s not residential. It doesn’t have any characteristics of any residential property.”

County staff and the planning commission recommended approval of the rezoning change because the areas are part of the comprehensive plan’s mineral extraction zone. Stephen O’Connor, chief of the county’s planning and zoning department, said site should not have been zoned as suburban transition because suburban transition allows the creation of low-density residential areas, which should not be present in a mining area.

“It was the staff’s opinion after looking at the historic aerials and things of that nature, that mining was occurring, and that residential uses should not have been permitted as a base zoning there,” said O’Connor.

However, Charlestown residents said that the suburban transitional zoning allows for an important buffer between the industrial areas on Route 40 and the town of Charlestown.

“As an advocate for historic preservation and a resident, I ask the council please keep these buffer areas for us,” said Suzanne Fockler, a Charleston Historic District Commission member. “We do not want to be backed any further into a corner with this heavy industry. The suburban transition allows for a buffer area for us. The growth does not have to mean heavy industrial, and growth should benefit the people and the residents, and certainly the neighborhood.”

Karl Fockler, vice president of the Charlestown Board of Commissioners, said the character of the neighborhood stayed the same since the last rezoning in 2011, so the argument that there was a mistake in zoning had no basis.

Other residents expressed concerns about runoff caused by increased industry near their homes. The council received a petition with 325 signatures against the rezoning.

Vincent Sammons, chairman of the Cecil County Republican Central Committee, claimed that the Stewart Company, the conglomerate that owns York Builders, made several contributions to the Cecil Business Leaders PAC, which could impact how the council members decided the zoning case.

“A lot of the council members have received contributions from the Cecil Business Leaders PAC, which Stewart Properties has also funded,” said Sammons. “People need to understand that sometimes special favors get dished out based on these types of contributions.”

Cecil County Council President Bob Meffley said that Sammons’ claims had no factual merit and that he received no large monetary donations from the PAC that would impact policy decisions.

“Anybody can throw rocks all day long, but I don’t want to throw rocks,” said Meffley. “I want to put this stuff to bed and have everybody work together.”

Consideration of the rezoning case will occur at the County Council meeting on April 20 at 7 p.m.