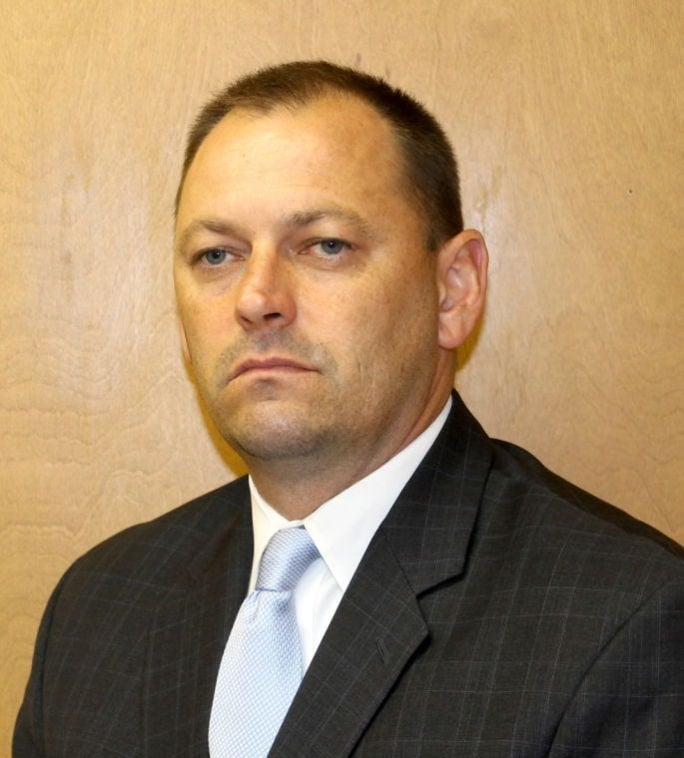 Assistant State’s Attorney Michael J. Halter confirmed that he was fired Monday, less than a week after he offered time served — 127 days — to a defendant in an Elkton attempted murder case. 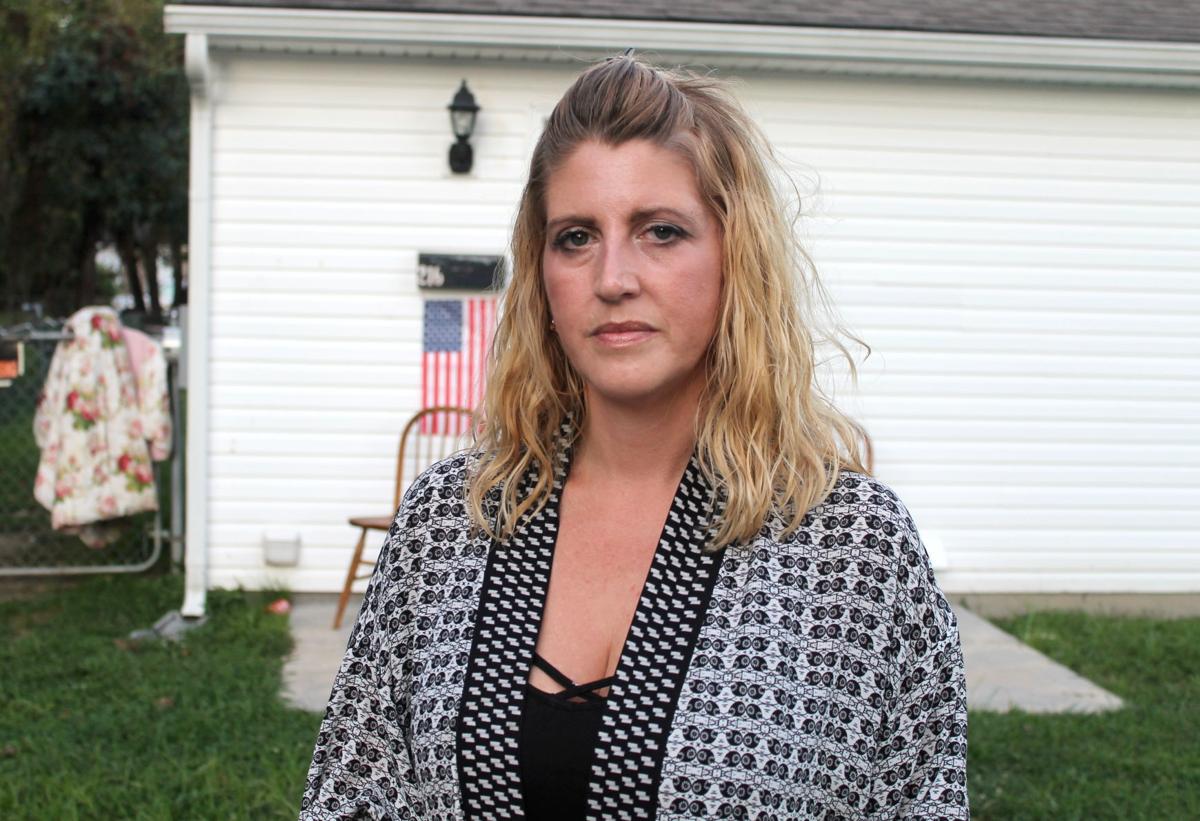 Alicia Welch, 42, stands in front of the Hollingsworth Manor house where a gunman shot her in the neck and grazed a 25-year-old man in the chest during a party in April. A Cecil prosecutor was fired Monday, less than a week after he offered the shooting defendant time served — 127 days — in his attempted murder case because the victims, including Welch, and witnesses purportedly could not be located for trial.

Assistant State’s Attorney Michael J. Halter confirmed that he was fired Monday, less than a week after he offered time served — 127 days — to a defendant in an Elkton attempted murder case.

Alicia Welch, 42, stands in front of the Hollingsworth Manor house where a gunman shot her in the neck and grazed a 25-year-old man in the chest during a party in April. A Cecil prosecutor was fired Monday, less than a week after he offered the shooting defendant time served — 127 days — in his attempted murder case because the victims, including Welch, and witnesses purportedly could not be located for trial.

ELKTON — A prosecutor who offered a sentence of time served — 127 days — to a defendant in an Elkton attempted murder case last week confirmed Thursday that he has been fired.

“I was told that it was for a combination of things, including that case, but I’ve since heard through the grapevine that it was for the way I handled that case,” said Michael J. Halter, who had been employed by the Cecil County State’s Attorney’s Office since August 2018, marking his third stint as an SAO prosecutor over the past 15 years.

Interim State’s Attorney James Dellmyer confirmed that Halter is no longer employed with the SAO but, citing privacy concerns in what he defines as a “personnel matter,” he declined to detail the circumstances of Halter’s departure.

Halter, who served as an assistant state’s attorney, confirmed that he was fired Monday, less than a week after his courtroom handling of a criminal case against Emmanuel Luis Nieves, 29, of the 100 block of Hollingsworth Manor.

Nieves was charged with attempted second-degree murder and several other offenses after he allegedly shot a 42-year-old woman and a 25-year-old man at the woman’s then-residence in the 200 block of Hollingsworth Manor on April 7.

In exchange for his guilty plea, Nieves received a six-year sentence with all suspended but the time that he served in the county jail after April arrest: 127 days. As a result, Nieves was released from the Cecil County Detention Center later that day, court records show.

Also part of the binding plea deal, Halter dismissed the case’s most serious charges — attempted second-degree murder, which is punishable by up to 40 years in prison, and first-degree assault, an offense that carries a maximum 25-year sentence. He also dropped 10 other charges, including use of handgun in the commission of a felony.

Halter told Cecil County Circuit Court Administrative Judge Keith A. Baynes that he was offering the binding plea agreement to Nieves — it occurred on the day the jury trial was set to start — because the two victims could not be located.

On Thursday, Halter told the Cecil Whig that the gunshot victims in the case had not updated their addresses with the SAO; that they had not kept in touch with the office; that Cecil County Sheriff’s Office deputies could not locate the victims when trying to serve subpoenas at their addresses on record; that an SAO investigator also could not locate them after failed attempts by the CCSO, and that all of the witnesses in the case also could not be located.

In addition, according to Halter, he communicated through emails with the person listed in all court files as the arresting officer in the case and apprised that Elkton Police Department officer that the victims could not be located.

Alicia Welch, the 42-year-old woman who suffered a gunshot wound to her neck during the incident, told the Cecil Whig this week that while Halter’s courtroom assessment was true, it did not reveal how easily they could have been located — had it not been for a purported communication breakdown on the part of the prosecutor.

“This is appalling to me. We were locatable. We were in this area the entire time, and we were willing to testify. We were cooperative. We wanted to cooperate, but nobody told us when the trial was. Nobody got ahold of us,” Welch said.

Welch told the Cecil Whig that she had had several conversations with the lead investigator in the attempted murder case, EPD Det. Lindsey Ziegenfuss, during the past five months since the shootings.

That’s because Welch lives in Hollingsworth Manor, where EPD officers frequently patrol and detectives often handle investigations, and Ziegenfuss would check up on her periodically when she was in that neighborhood and whenever their paths crossed.

“Lindsey (Ziegenfuss) always knew where I was, but she never had a chance to get me when it mattered most. I’ve always been a couple of miles, if that, from the courthouse where the trial was going to be,” Welch said.

She continued, “After the D.A. (prosecutor) did the plea deal, Lindsey came to me and apologized. She was very upset with the D.A. and how he handled things. He didn’t tell her that we couldn’t be found, until it already was too late. Lindsey didn’t even know that (the victims could not be located) until they already were in the courtroom.”

Halter reiterated Thursday that the person listed in court records as the arresting officer is not Ziegenfuss, but another EPD officer, the one Halter had been emailing. Halter surmises that that officer did not forward his emails to Ziegenfuss.

“Det. Ziegenfuss tells me that she has the victim’s (Welch’s) new phone number while we’re in the middle of the plea deal,” Halter said, noting that Ziegenfuss was seated behind him and reported having the victim’s phone number after learning the particulars of the binding plea deal and that it was underway.

Dellmyer emphasized Thursday, however, that “Det. Ziegenfuss did an outstanding job in this case. She did everything that she was suppose to do.”

CCSO deputies go to the addresses on record at the SAO and serve subpoenas to victims and witnesses. If a party cannot be found at the listed address, the deputy returns the subpoena to the SAO and it is marked as unserved. At that point, the SAO investigator attempts to locate the party.

Those attempts by Steve Barlow, the SAO investigator, were unsuccessful in this case because Welch had changed addresses and had no working phone number, according to Dellmyer.

Welch acknowledged that she had been evicted from her residence in the 200 block of Hollingsworth Manor, after the shooting incident, because the landlord believed she was allowing her boyfriend to live there, which is against a Section 8 housing code. (Welch explained that her boyfriend stayed there periodically but, typically, did not officially reside there.)

After the eviction, Welch started living with her sister at a nearby Elkton residence.

Keeping her sister’s residence as a mailing address, Welch later moved into a residence in the 300 block of Hollingsworth Manor — one block from the house where she had been residing April 7, when the shootings occurred there.

Under SAO protocol, whenever a prosecutor is considering dismissing or offering a plea deal in a criminal case, he or she is required to notify the lead police investigator. In general, SAO prosecutors are encouraged to keep open lines of communication with investigators and victims in their cases, Dellmyer said.

Such a meeting in the days or weeks before a defendant’s trial date allows the investigator to weigh in on the case and to possibly offer solutions.

“We always consider the input of investigators and victims in the prosecution of all of our criminal cases,” Dellmyer commented.

Halter maintains that he had email communication about the case with the arresting officer of record.

Dellmyer noted that it is common for victims and witnesses to be uncooperative in criminal cases and to purposely make themselves unavailable before trials, sometimes to the point of moving to other states without notification.

That was not the case in this matter, however, according to Dellmyer.

Welch told the Cecil Whig that she did not know that the criminal case had been adjudicated until she learned on social media that Nieves had been released from jail and had returned to his old address in Hollingsworth Manor.

“The man who shot me in the neck is out of jail now, and he lives right down the street from me, just two blocks away,” Welch said. “This just isn’t right. He tried to kill me.”

Police originally reported that the shooting occurred at 1:30 a.m. April 7 at a party inside Welch’s then-residence in the 200 block of Hollingsworth Manor. At some point, Nieves was asked to leave and he returned with a handgun and began firing through the front door during a confrontation, police reported.

Investigators recovered five spent 9mm shell casings at the shooting scene and a live round in the street, according to police.

Approximately 10 people were at the party when the gunman opened fire, and some of those witnesses identified Nieves as the shooter, according to Zurolo, who further reported that Nieves fled from the scene.

Welch said the shooting occurred during what she described as an otherwise low-key 22nd birthday party for her boyfriend’s niece.

“There were no drugs. There was barely even alcohol there,” she noted.

People at the party ordered Nieves to leave after he purportedly made passes at women who already were in relationships and, a short time later, he returned with the gun.

“He fired the first shot as I was closing the front door. The bullet went through my neck and, after it came out, it grazed the man behind me in the chest. It just missed my jugular vein,” Welch said.

Investigators were able to track down Nieves and they arrested him April 16, after posting a wanted notice on the agency’s Facebook page and cautioning the public, “He is considered armed and dangerous. If located, do not approach.”