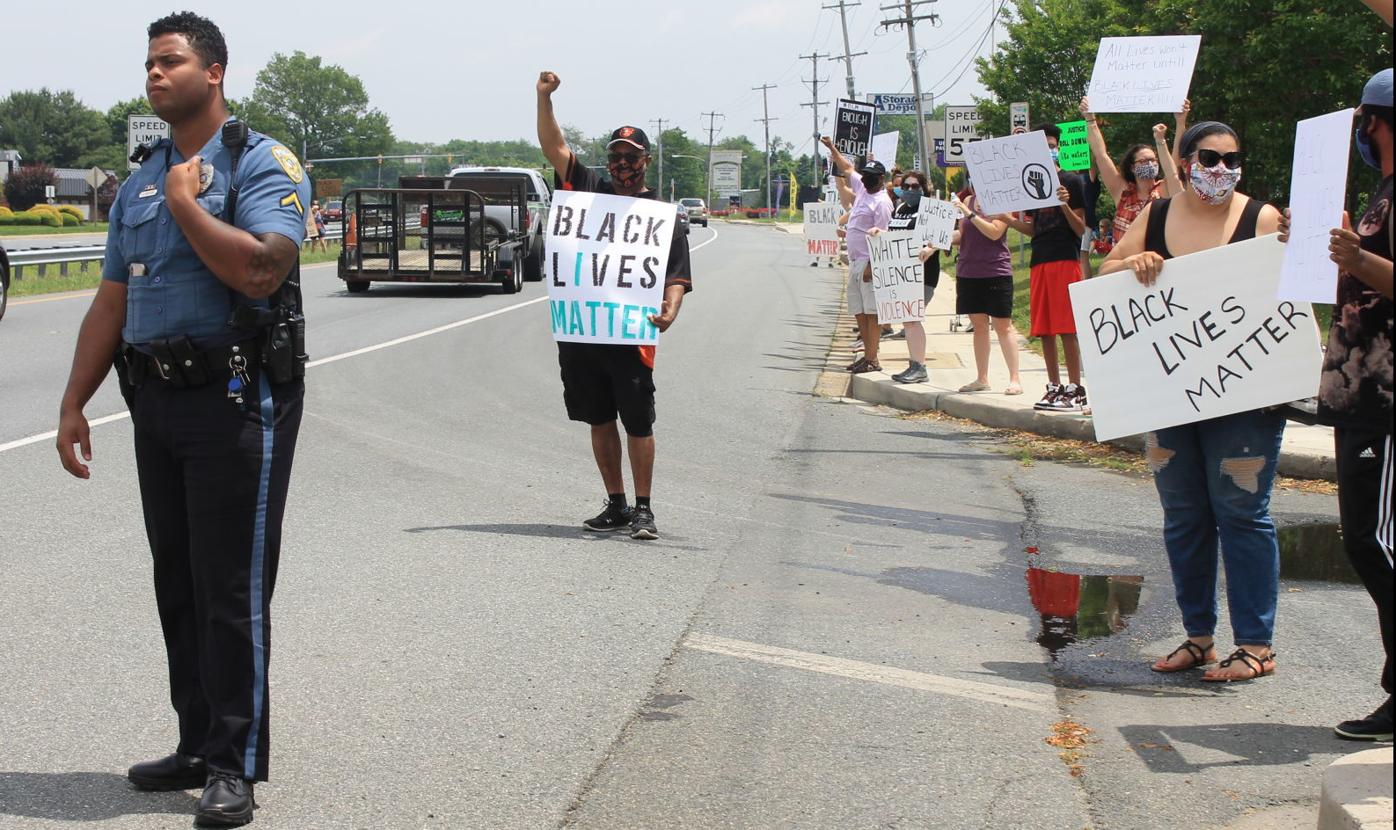 Law enforcement around the county has joined in conversation with residents leading charges against racial injustice within the justice systems. As pictured in this June 16 photo, some officer have even joined in the rallies. Recently, Sheriff Scott Adams and State's Attorney James Dellmyer have stated they are in the "early stages" of developing programs that invite the public closer to the inner-workings of law enforcement. 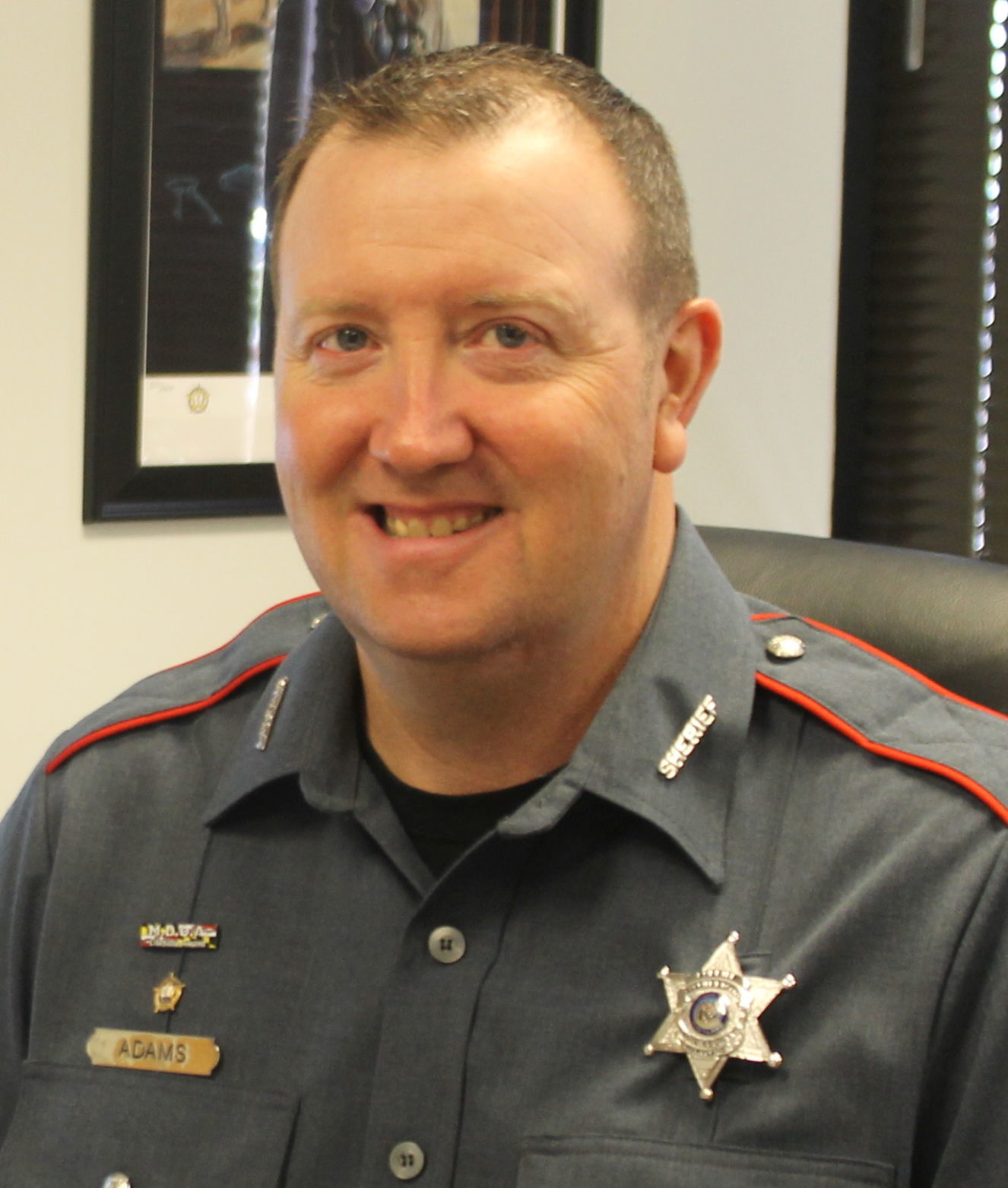 ELKTON — Cecil County Sheriff and State’s Attorney’s offices are working together to bring resident closer to the inner-workings of law enforcement.

State’s Attorney James Dellmyer and Sheriff Scott Adams are currently digging into the logistics of a citizens advisory board for Cecil County.

”We’re just seeing what that looks like,” said Adams, who said that the committee process could resemble the citizens police academy already in place. Though there hasn’t been much participation recently, in the past it was a successful tool for the public.

”It’s 11 weeks,” Adams said. “ and you go through the whole Sheriff’s Office. ... So that they really understand every aspect of what we do here.”

The Sheriff’s Office is also working toward putting a system in place that would allow residents to weigh-in on hearing boards.

This appointment is also in the “very early” stages.

In order to initiate this practice, “there’s a lot of hoops,” Adams said. In 2016, the state passed a bill in regard to public safety and policing that allows law enforcement to appoint a member of the public “who has received certain training” to hearing boards. Firstly, though, the county must adopt an ordinance.

Cecil County is in the “very beginning stages,” says Sheriff Adams, though he does hope to have language drawn up to put in front of the county soon.

These programs were first discussed publicly at a recent panel held by Wright’s AME Church in Elkton. It was some of the only action items identified in response to Black Lives Matter and racial injustice protesting that has taken place nearly every weekend since the death of George Floyd allegedly at the hands of Minneapolis police on May 25.

Another force behind shifting public engagement are the loud voices of Cecil Solidarity. The group has hosted each protest within the county calling on the county to take regulatory action to eliminate racial bias in local law enforcement. It has quickly become a welcomed guest in fighting systemic racism in the county. It has five calls to action for local law enforcement: 1) ban chokeholds and strangleholds; 2) dissolve the “Blue Wall of Silence”; 3) Train officers on racial sensitivity and diversity; 4) Ensure independent investigation of all officers involved in deaths; 5) Provide body cams to all officers and ensure they are turned on during duty.

So far, the Cecil County Council has not heard any local amendments or new resolutions regarding racial bias or law enforcement — or has had public comment on the protests, in general.

Council Vice President Jackie Gregory said that it could be a possibility in the future, depending on what comes forward. Oftentimes, the Cecil County Council will submit letter of support on state legislation if the council agrees the rule would benefit the county.

Protestors — who call themselves “anti-racists” — against systemic racial bias within justice systems around the nation have led to changing policies to reflect transparency and fairness within police departments.

Although there has been no regulatory changes within Cecil County government — as of yet — the state and national government has made steps to address public concern regarding lack of regulatory oversight for police departments, lack of transparency within law enforcement, racial profiling, lack of black leadership in positions of power — which scratch the surface on complaints.

In the Maryland House, chaired by Delegate Vanessa Atterbeary (D-Howard County), a workgroup met for the first time this week to address police reform and accountability in the state. The Maryland Police Training and Standard Commission as well as other state staff and representatives were in attendance at the meeting, which served as a introductory first-step in establishing “transparency and accountability of the system” as well as “how we can start to prevent some of these tragedies. People lives literally depend on you,” said Maryland Speaker of the House Adrienne Jones during the meeting.

Follow the Cecil Whig for more information on the local and state response to the nation-wide outcry for increased regulatory oversight for law enforcement agencies.