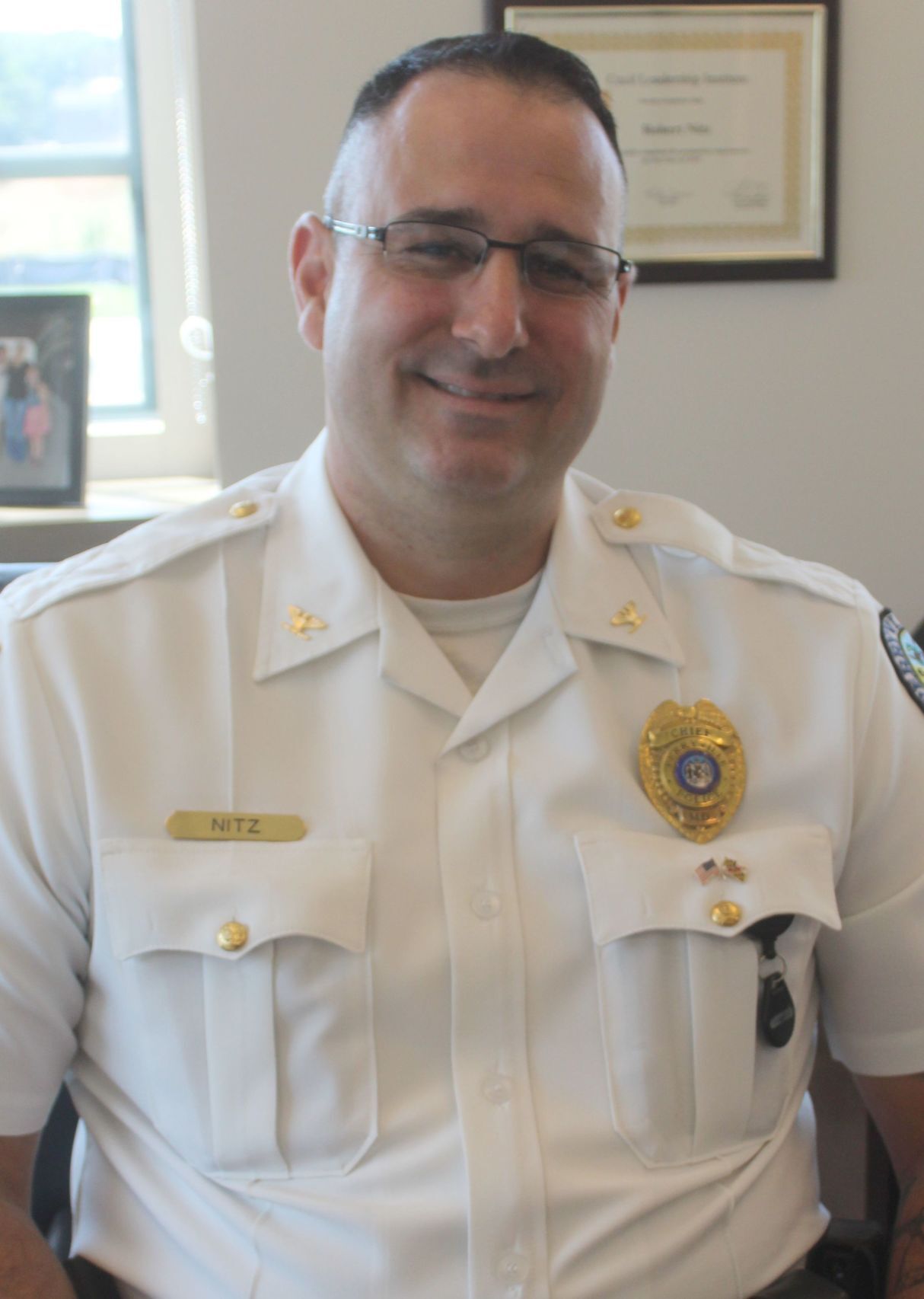 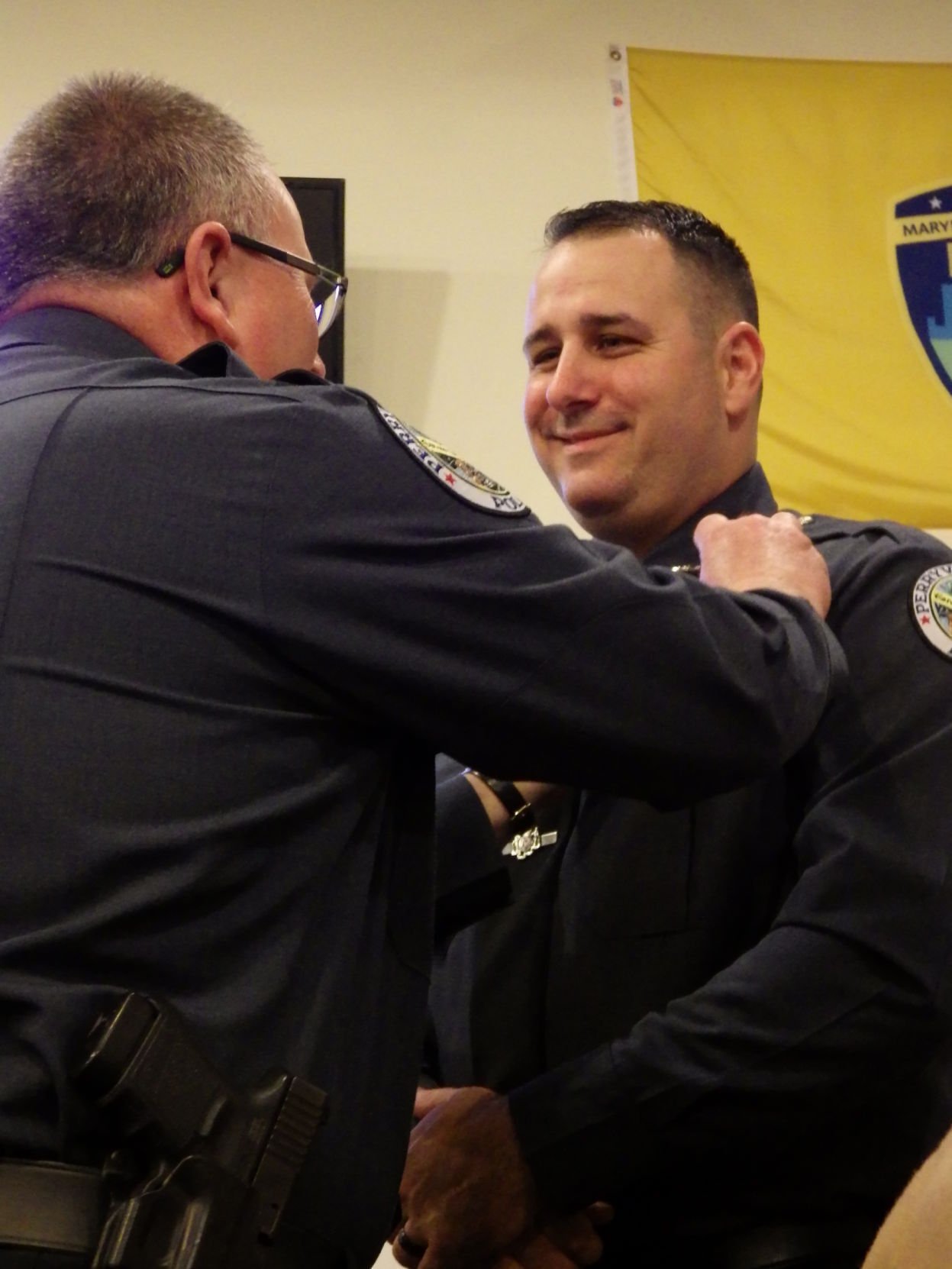 In March 2016 Robert Nitz was promoted to the rank of corporal. He is shown here receiving his new badge from then-Chief Allen Miller. Nitz will take the oath of office as chief at the Aug. 4 Perryville town meeting.

In March 2016 Robert Nitz was promoted to the rank of corporal. He is shown here receiving his new badge from then-Chief Allen Miller. Nitz will take the oath of office as chief at the Aug. 4 Perryville town meeting.

PERRYVILLE — When he joined the town police department in 2011 Robert Nitz never figured he’d become the chief of the Perryville Police Department.

Nitz, 40, was named the chief to replace Allen Miller, who retired July 18.

“Right before coming to Perryville I was working at the (Hollywood) casino,” Nitz said Wednesday. “I helped with the opening and I was running slots and security.”

This was after an eight-year career with the Maryland State Police, which Nitz said he left to explore the private sector. While at the casino he got a call from Vince Wernz, who was, at the time, chief of the town department.

“He was the (Maryland State Police) barrack commander when I was at North East,” Nitz said. “He called me and said, “Do you want to come back to law enforcement?”

He considers Wernz a mentor and asked him his opinion on taking the reins of the town department.

He moved quickly through the ranks of the Perryville Police Department, becoming a corporal in March 2016, a sergeant in July 2018 and lieutenant in Feb. when Keith Budnick retired.

“I have a meeting with the new principal of Perryville Elementary School,” he said. I want to find out how we can get more involved in the schools.”

“We are going to get more involved with the Outreach Program,” he said of the free after school and summer camp program made available to students in town. That includes a second “Fishing with the Fuzz” event Nitz created last year. It brought dozens of youngsters to Ice House Park to cast a line into the Susquehanna River accompanied by a member of the Cecil County law enforcement community.

“I believe in what we’re doing. I think we have that thumb on the pulse of the community,” Nitz said. “I want to continue to build that community policing model and let the community know we’re here for them.”

He also formed the Youth Advisory Council with the Outreach Program a year ago, which brings together teenagers in town to get their input and also build relationships with the town police.

Nitz see his department of 12 officers as a business and the public is the customers. He plans to perfect customer service.

“We are going to forge on with our values; integrity, fairness and service,” he said.