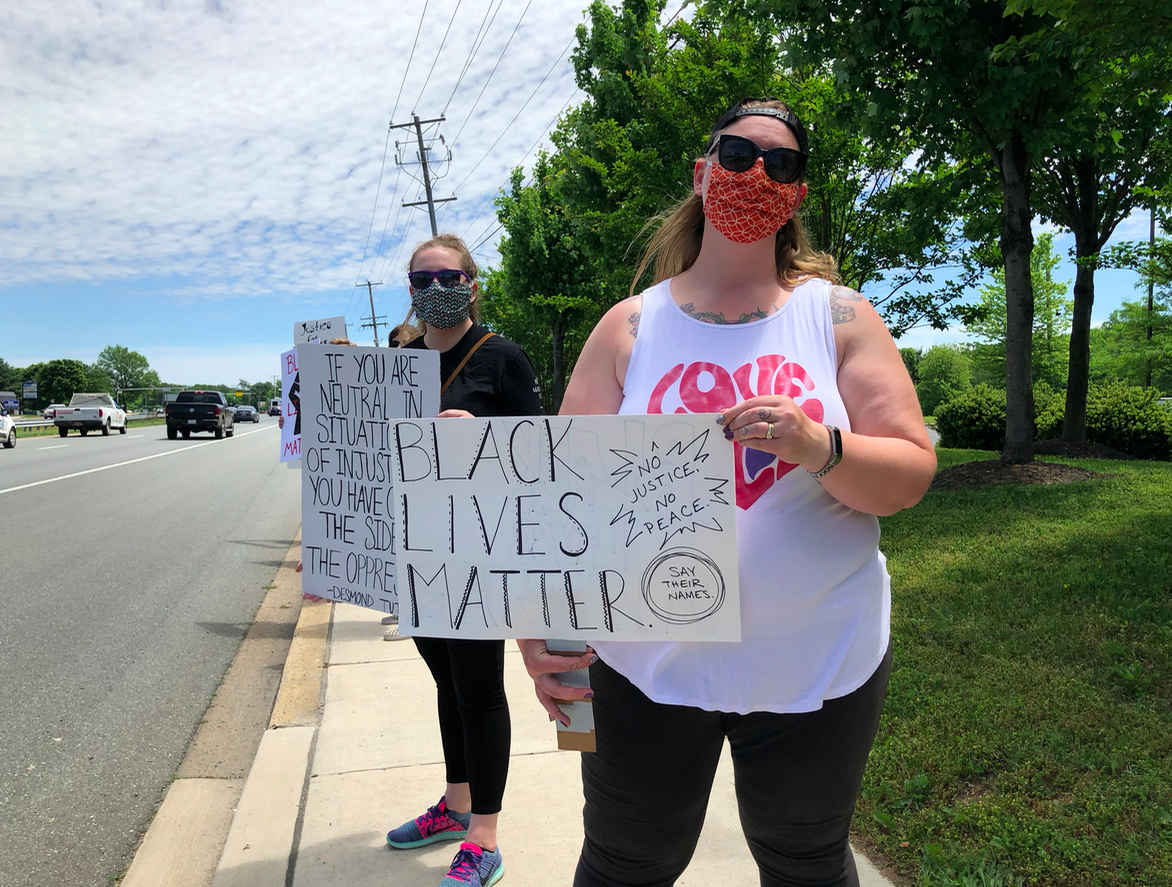 “If you are neutral in situations of injustice, you have chosen the side of the oppressor.” 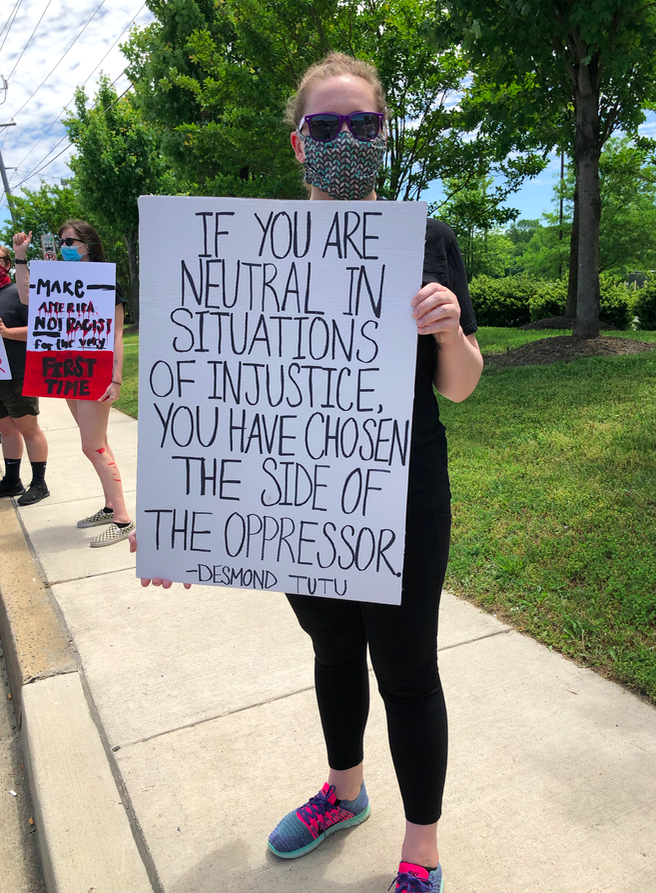 The Saturday Black Lives Matter rally had a large showing of both black and white Cecil County residents. 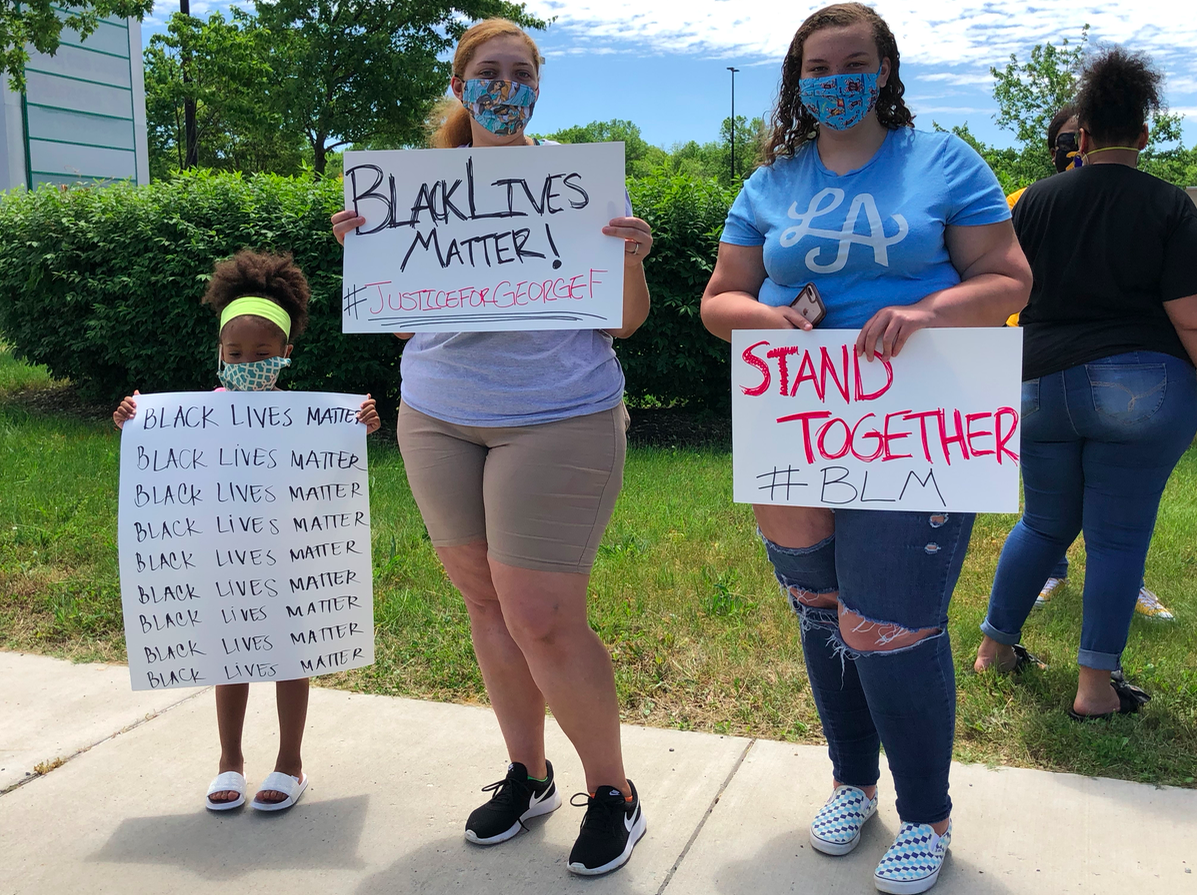 Protesters seek to “stand together” to fight injustice 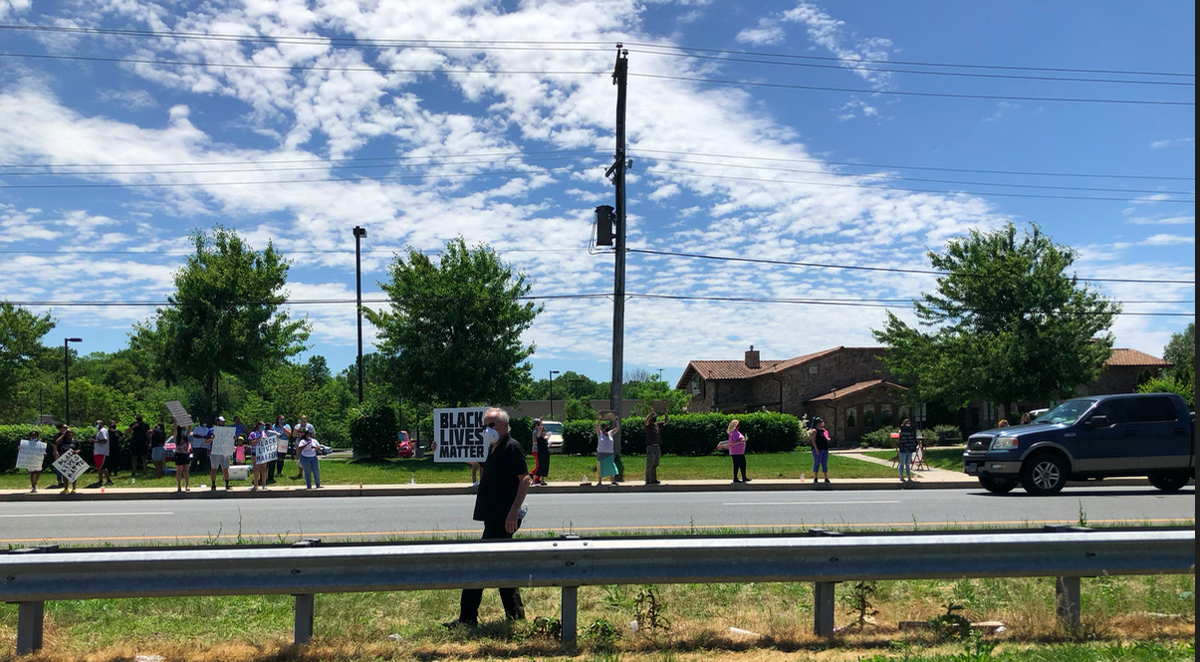 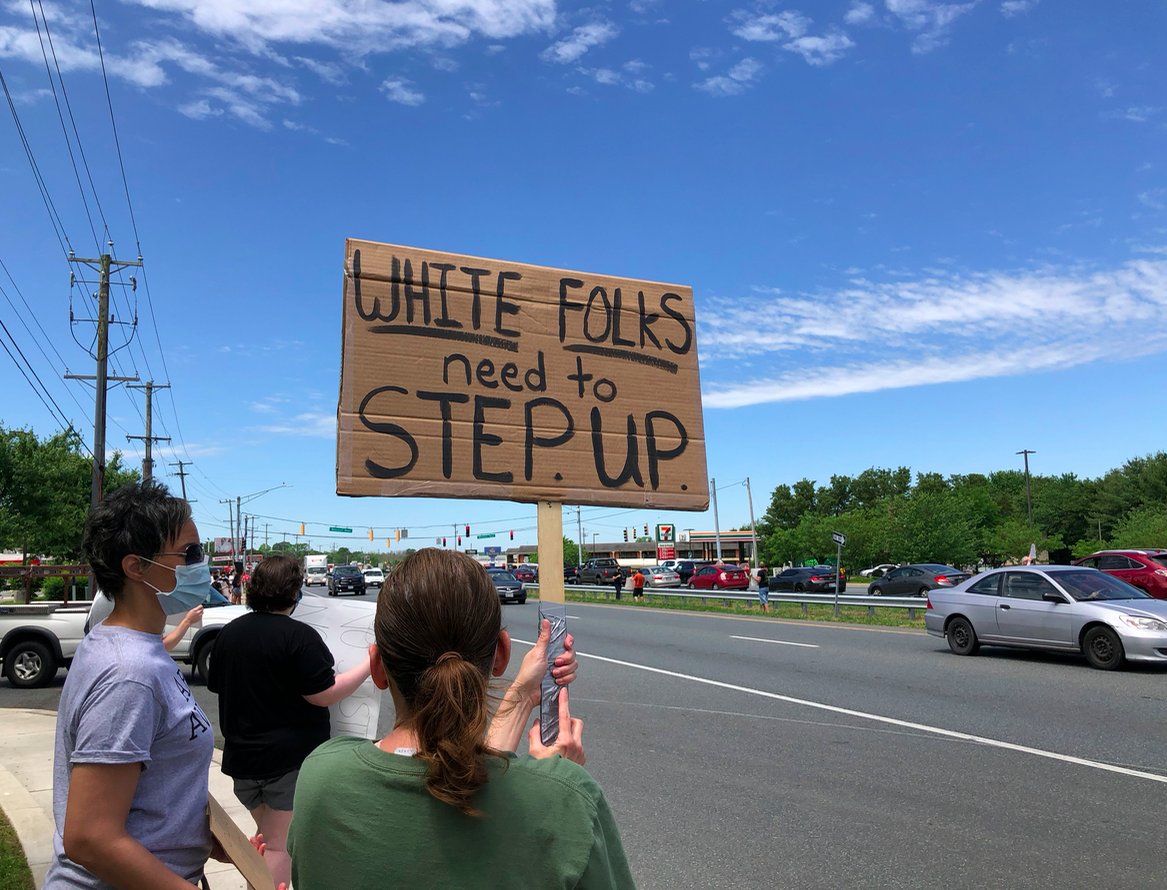 “White folks need to step up”

“If you are neutral in situations of injustice, you have chosen the side of the oppressor.”

The Saturday Black Lives Matter rally had a large showing of both black and white Cecil County residents.

Protesters seek to “stand together” to fight injustice

“White folks need to step up”

ELKTON — In masks, protesters lined Pulaski Highway Saturday to stand behind Black Lives Matter; fed up with black men being killed by police.

May 25, George Floyd, a 46-year-old black man, died while detained by Minneapolis police after being accused of buying cigarettes with a counterfeit $20 bill. Officer Derek Chauvin, now charged with third-degree murder, was videotaped kneeling on Floyd’s neck as he lay on the street face down for more than 8 minutes. Reports say he was unresponsive for three of those minutes. Chauvin is seen with officers Thomas Lane, J. Alexander Kueng and Tou Thao — all four have since been fired.

Floyd’s is a case in a list growing with names of black men and children who have died during police encounters. In cities around the country, protesters are calling on lawmakers and allies to make a change.

“This is not a good cop/bad cop situation,” Grant added, “and it’s not a matter of a few gone rogue. The good cops have to stand up.”

Many commented on the diverse group that showed up for Black Lives Matter — some said that it changed their mind about certain stereotypes and showed unity.

”I see many races out here, which shows that this is not a black issue,” Dajia Blount said. “There’s a lot of hurt and angry people.”

Christine Givens, an Elkton resident, said that social media is helping drive the movement. As people can spend more time reading and understanding the views of others, it’s sparked conversations as followers reach out to get involved. Givens, and others in attendance Saturday, encourage people to keep talking about race issues.

“Silence is complacency,” said Givens in front of the Olive Garden on Route 40. “We need to make sure we’re not being silent.”

The restaurant also provided the group with refreshments during the hot afternoon.

Signs along the road called on white citizens to recognize their privilege and fight for people of color:

”White folks need to step up”

Days after the incident in Minnesota, Cecil County residents had made their minds to join the nationwide outcry for justice.

“In less than 48 hours this was put together,” said Grant, who was involved in the protest’s organization. “This is an amazing turnout and love being shown. This is what America needs to see, not the bad on social media but the love of mankind.”

The more than 70 Cecil County protesters were showered with support — as Route 40 travelers threw words of encouragement and flowers from their vehicles.

”I am going to cry,” Grant said. “These are my neighbors.”

‘Riots are a cry for help’

The local Black Lives Matter protest was not the first rally held on that block of Route 40. Last Wednesday, unmasked residents called on the governor to release his grip on social liberties.

Both groups, aware of the ongoing state of emergency in Maryland, towed signs along the picket line in one of the county’s high-traffic areas during a global pandemic.

“Imagine not only having to deal with the virus, but also hate,” said Blount, who is from Elkton.

Blount, echoed by several others, said that black people live in fear because of the hate for the color of their skin.

“The riots are a cry for help,” she added in regard to mass protests around the country.

Many outside of the Black Lives Matter movement question the looting and destructive behaviors that have taken place over the past few days. Though businesses, such as Target, have released statements of support for the black community.

Blount said that this violence is a breaking-point reaction to feeling unheard. She put it simply:

“Peace is not working.”

Another common response to Black Lives Matter is, “All lives matter,” which was shouted from hecklers of Cecil County’s protest.

”What other white people need to see is that we have to join this fight or change isn’t going to happen,” said Alison Banbury. “People choose to [argue] that ‘all lives matter’ so they don’t have to take responsibility.”

Banbury was one of several whose first protest was on Saturday. Like others, she said that she was sick of stewing in anger and not doing anything.

The group was heavily filled with Elkton resident. Though appreciated, some said they would like to see support throughout the county.

Grant said that all need to come together, black and white, in order to find a solution out of the social unrest.

”We need to work to make things better, black and white,” she said. “Black [people] need a lot of help right now.

”We have to help ourselves, too,” she added.

One county school teacher, Becky Lowder, wants those who may not agree to understand that Black Lives Matter does not take away from others, it’s understanding that “black Americans live a different life than white Americans.”