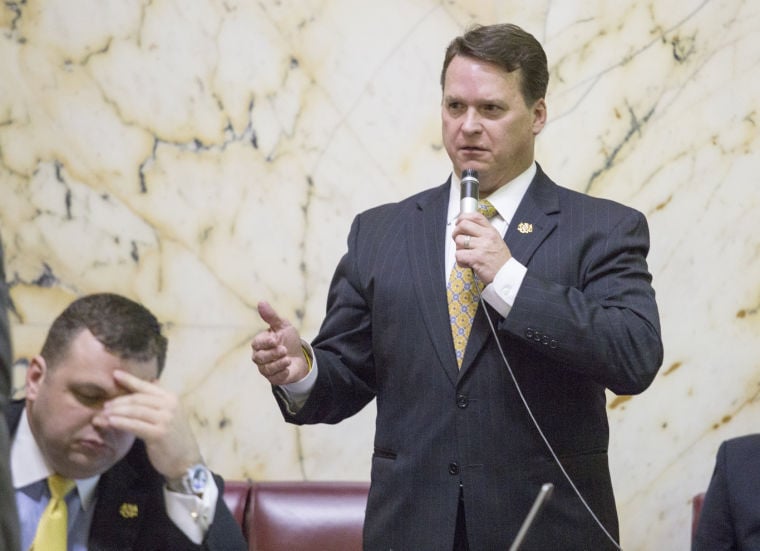 State Sen. Stephen Hershey (R-Upper Shore) speaks to the Maryland Senate during the final day of the General Assembly in the State House in Annapolis on Monday. 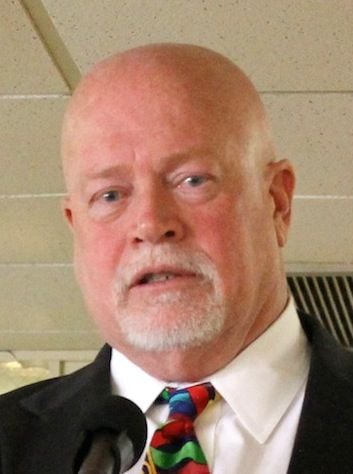 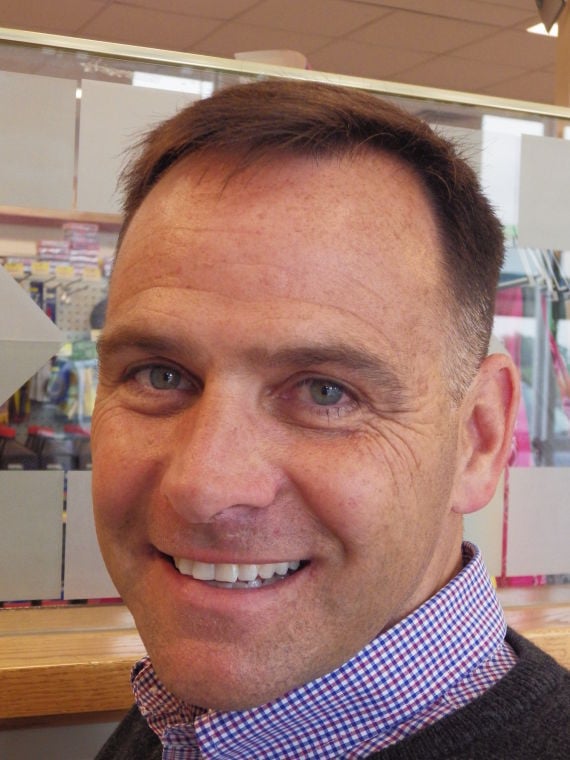 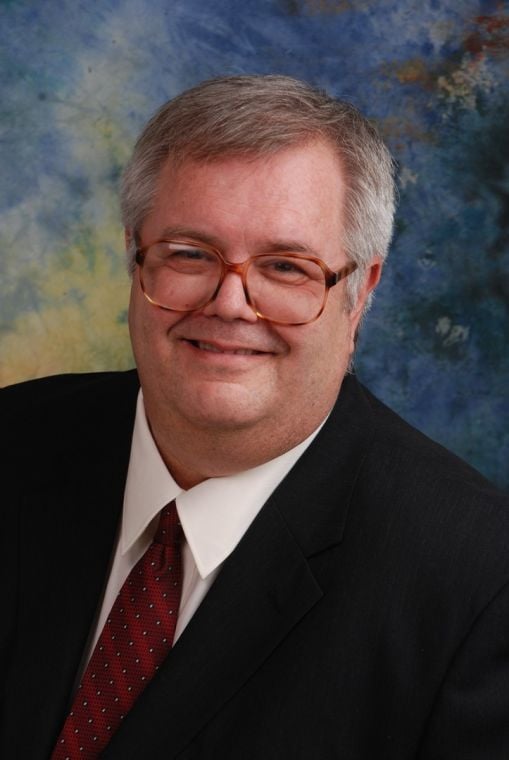 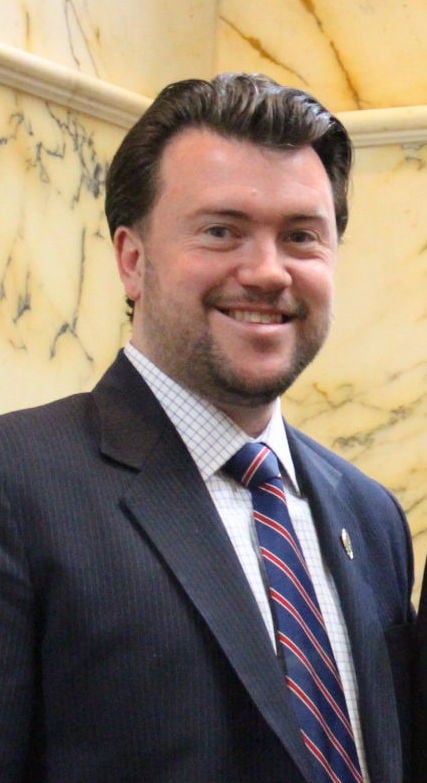 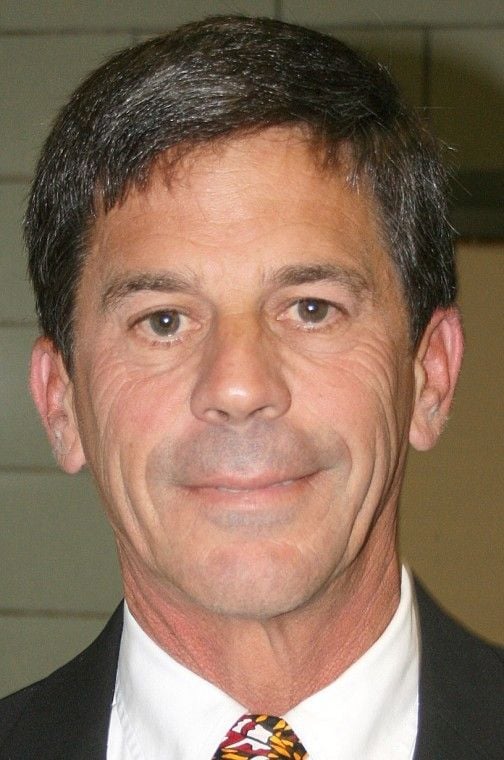 ANNAPOLIS — While the Maryland General Assembly was focused on passing the state budget until late Tuesday night, Cecil County’s lawmakers have also been trying to get a variety of legislation in the books.

With 58 new members of the House of Delegates this year, freshman Delegate Kevin Hornberger (R-Cecil) said the concluded session was a bit of “learning by doing” for the many new lawmakers in Annapolis.

“There were so many new legislators that it made it easier to find the ropes and the lay of the land,” he said. “At the same time, the veterans were looking at the freshmen, trying to figure them out. Everyone was working from a clean slate.”

“I think one of the advantages to going to Annapolis with a large freshmen class was that all of us, regardless of whether you are Democrat or Republican, were on the same page that voters wanted us to go down there and promote good legislating,” he said. “We had to work to come to an agreement on issues, so we tried to hit the middle of the mark.”

“This year, we expanded the Eastern Shore delegation to include District 35, which includes parts of eastern Harford County and western Cecil County,” he said. “We looked at legislation from a Shore delegation standpoint. I thought that made a difference.”

Hornberger noted that he filed the only piece of legislation this year that represented all nine Eastern Shore counties: a bill to withhold income tax returns from those with outstanding warrants. Modeled after legislation already in effect in Anne Arundel and Washington counties, and Baltimore City, legislators noted that 22,240 warrants were open in the nine Shore counties.

“The bill went clean through the Senate and got held up in the House, but we were asked to do a study for it,” Hornberger said. “We’re optimistic that it will get moving again next year.”

While his warrant bill failed to make it to a House vote, Hornberger did manage to get a bill on all-terrain vehicle travel through both chambers. It authorized ATV drivers to access farmland from state highways, and was something requested by the Cecil County Farm Bureau, Hornberger said.

Hornberger said he was also able to secure a $25,000 loan for the Cecil County Farm Museum for renovation of its new site off Appleton Road, adjacent to the expanded Cecil County School of Technology. Although he originally sought $50,000, the delegate said he was pleased to come home with some bond funding.

“I was told there was no money for bond bills this year and should not submit one, but I had a commitment to the Farm Museum to seek some funding,” he said, noting that nearly $28 million in requests were made for between $10 and $15 million in available bond funding. “Against everyone’s advice, I still filed the bill.”

Delegates Cassilly, Jacobs and Steve Arentz (R-Queen Anne’s County) said they experienced difficulty is getting hearings and advancements of legislation brought to the table this year.

“It was a particularly hard year, because a lot of my legislation was related to the watermen industry, and a lot of the cross-files (to the State Senate) didn’t do as well as I had hoped,” Jacobs said. “It was a strange year that way. I thought we did a good job educating our colleagues on the needs of the Shore though.”

Jacobs noted that issues that came to his office later into the session had a more difficult time making it to committee discussion — the first part of the process to making a law — and others were outright opposed.

“I had two or three pieces of legislation that got stuck in the Rules Committee that weren’t able to be heard,” he said. “Every year, I also put in legislation to seek a task force to study the reopening of a mental health wing of the A.F. Whitsitt Center in Chestertown that has sat vacant for five years. The Department of Health and Mental Hygiene opposed the bill, however, because they don’t want to fund a study.”

Jacobs said he found support for the effort, which could quickly increase the number of inpatient drug treatment beds on the Eastern Shore, after the hearing. Health & Government Operations Committee Chairman Peter Hammen offered to sit down with hospital and department officials to try to hash out a solution, he said.

“I hope to make some progress there with either an expansion of Whitsitt, reopening that mental health wing or other uses,” he said.

Cassilly, who submitted only one bill individually, said he began to understand the workings of the General Assembly by the end of the session.

“There really is a science to understanding the political process. There is a give-and-take,” he said. “One of my goals was to learn that process.”

As a member of the Local Government Subcommittee this year, Cassilly filed a bill seeking to allow an additional six months to implement changes in county building codes.

“You average 1,400 changes every three years in Harford County,” he said. “Locals have to review those changes and look for potential issues with the current code and send them back to the state for review. Afterward, the state sends the county changes to comply within six months. There are codes changing mid-project or mid-design that have a big effect. I thought this would be a fairly noncontroversial bill to pass.”

His bill ultimately did not make it out of committee.

Arentz fought unsuccessfully to implement a new program in Maryland schools that would set up a two-way text messaging service for students to report bullying, harassment, drug or alcohol use or other issues anonymously.

“That is something as a I brought up as a Queen Anne’s County commissioner, and it’s an important piece of legislation,” he said. “Ultimately, it was not popular because it was an unfunded mandate in a lean fiscal year.”

Arentz said he felt fortunate to get some media exposure on the bill, however, noting that the Queen Anne’s County program has shown success and even has a history of stopping attempted suicides.

“There are a lot of times where kids feel helpless, and with this program something can be done in real time,” he said.

Norman said he will also be looking to take up the fight for several bills again next year after they failed to advance in this session, notably one that seeks to make self-defense an acceptable reason to obtain a concealed carry permit for a handgun.

“For some reason, a lot of the leaders in the House and Senate are still so anti-gun,” he said. “People have real reasons to have guns, and they don’t consider them.”

While the county delegation finished the legislative session less than 48 hours ago, all said they were already looking ahead to next year.

Hornberger said he wanted to talk to Cecil College and county officials about a bill that seeks to add four-year nursing degrees to the college’s offerings, which didn’t gain local support this session.

“We’re still working with the college and possibly starting a study on my proposal’s impact, with the support of the college and county, of course,” he said. “I want to really strengthen the bond with our county government, including both County Executive Tari Moore and the county council, to be an extension for the county in Annapolis.”

Cassilly, a member of the Environment and Transportation Committee, said he will focus on those issues, because that is where he can have the greatest impact.

“I’ll meet with the agricultural community to discuss the legislation that did get passed, like the phosphorous management tool. But now, knowing my committee assignment, I’ll have the advantage to sit down with them and find out how we can protect our agricultural base in Harford and Cecil counties,” he said.

Norman said that while his bill addressing the tolls at the Hatem Bridge never came out of committee, he learned that Gov. Larry Hogan plans to address the issue with a work group starting this summer.

“He’s not a big fan of tolls,” Norman said. “Around July, he should be making some announcement about an evaluation of the state’s tolls.”

Arentz said that a transfer to the Economic Matters Committee, where his business background is better suited, will allow him to help foster economic development on the Shore. He also added that this session tended to look like the “year of the criminal,” where legislators addressed a lot of legislation about second chances for convicts.

“We passed very few bills for victims, and that is what I want to focus on,” he said.

Jacobs, who moved home Tuesday, said he was hitting the road to see constituents and stakeholders every day for the rest of the week. He was encouraged by conversations around Shore legislators’ concerns about the Susquehanna River’s contributions to Chesapeake Bay pollution.

“By the end of the session, Environment and Transportation Committee Chairman Kumar Barve signed onto a letter addressing the (U.S. Environmental Protection Agency) with a fairly stern language about why Pennsylvania isn’t pulling its weight in terms of pollution,” he said. “It’s really the first time I’ve seen that kind of support.”

Jacobs said he was already thinking about what could be accomplished now that the newest lawmakers have a year of experience.

“I think next year, you’ll really see some things happen,” he said.