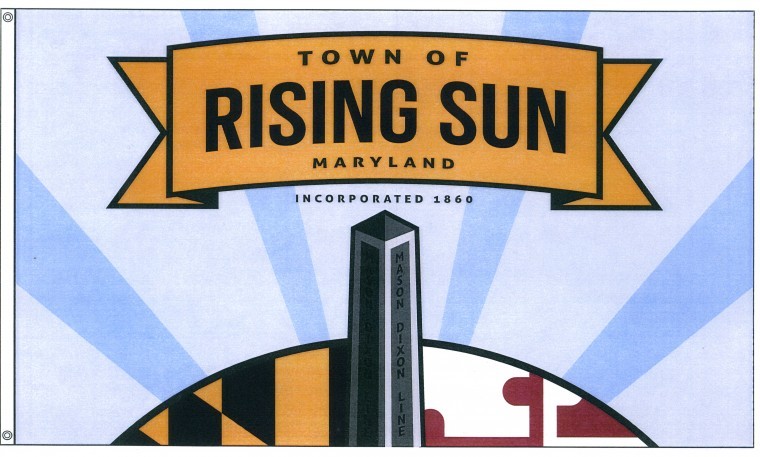 "That (current) logo doesn't really depict anything within the town of Rising Sun," Mayor Tom Mumey said. "Where in town do we have two trees and a winding road with a sunset behind it?"

"That (current) logo doesn't really depict anything within the town of Rising Sun," Mayor Tom Mumey said. "Where in town do we have two trees and a winding road with a sunset behind it?"

Rising Sun is getting a new logo as part of its revitalization efforts.

But not everybody is happy about it.

Mayor Tom Mumey said the logo - designed by a committee - would replace the current logo designed many years ago.

"I have no idea how old it is," Mumey said Wednesday.

He said he's been told it was designed when town hall was still at the old location on South Queen Street.

"That (current) logo doesn't really depict anything within the town of Rising Sun," Mumey said. "Where in town do we have two trees and a winding road with a sunset behind it?"

"Almost all the towns in Cecil County have updated their logos to be more modern ... more colorful," he said.

The new design incorporates the town's history with its initial crossroads location where five roads met; the Mason-Dixon line; and the Maryland flag.

Town Commissioner Chris Callahan questioned whether it was a necessary expense.

"Do you have any idea how much it is going to cost to repaint cars, repaint trucks?" he asked.

"We're really hurting for money in this town. I don't understand where there's importance for a logo change at this time," Gainey said.

Town Administrator Calvin Bonenberger said that was not true.

"This town is financially solid and not a lot of communities can say that," he said.

Bonenberger said the only immediate cost is the $800 paid for the artwork.

"Depending on how many cars or business cards it could be up to ... $2,500 depending on quantities," he said.

Bonenberger said the artwork is in a computerized file and could be added in-house to the town's website and other materials without additional cost.

Town Commissioner Stephen Naughton pointed out that the business cards don't have any logo on them anyway.

"We can use the business cards we already have," Naughton said.

Mumey said updating the logo is another step in the revitalization of the town.

"It's not anything we have to rush out and spend a lot of money on," Mumey said. "It's something we worked hard on and its something with benefit for the town ... it's a new outlook. We're moving forward."

Before I even read the headline to the article I looked at the image and immediately thought 'Phallic'... Maybe it's a female 'thing.'