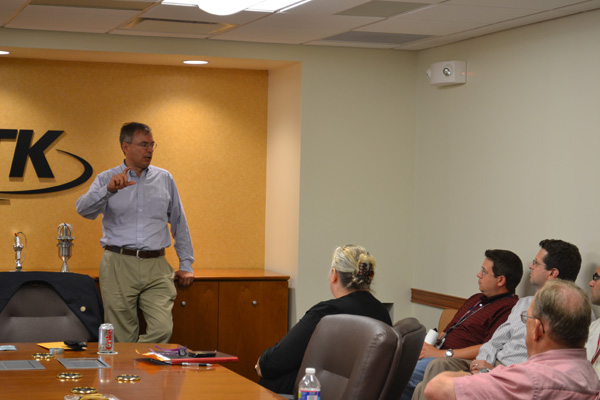 Harris answered any questions employees had about what was happening in Washington. 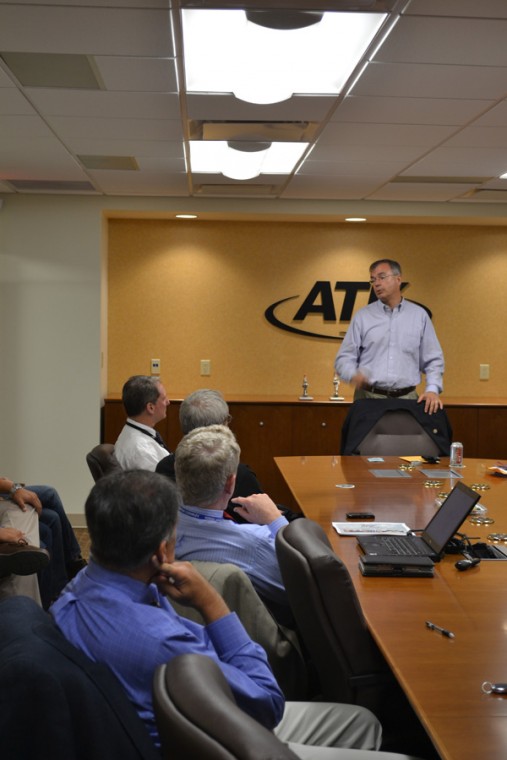 ATK employees had an opportunity to ask Congressman Harris questions after his visit to the compound. 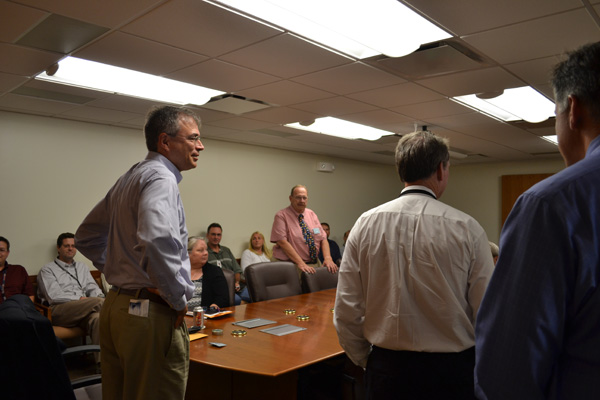 Harris answered any questions employees had about what was happening in Washington.

ATK employees had an opportunity to ask Congressman Harris questions after his visit to the compound.

U.S. Rep. Andy Harris paid a visit to the Alliant Techsystems plant in Elkton on Friday, to see some of the newest technology the company has been working on.

The First District Republican was introduced to various new projects ATK has been developing. One project was a ‘green’ propulsion system that was developed by ATK alongside ECAPS, a Swedish space company. This technology is an environmentally friendly system that gives satellites and spacecraft the ability to move. Other projects included solid rocket motors, which are produced in Elkton and research into alternatives to hydraulic fracturing. After his tour around the facility, Harris held a town hall meeting with various employees.

Harris serves on the House Committee on Science, Space, and Technology. He spoke to employees about the situation of nation’s debt and said he believes cuts in the defense budget will harm the country.

“Because we haven’t had the will to say that we need to do things like reform Medicare, Social Security, programs that are designed when life expectancy was different, the medical field was very different, since we haven’t had the political will to deal with that, the default was that were are going to make all the saving on the discretionary side of the budget, and unfortunately defense is half of that budget,” Harris said.

Employees were also able to talk to the congressman about other issues that mattered to them such as the Affordable Care Act and election year politics.

Harris said his trip was to show that he was interested in making sure defense contractors like ATK do not lose funding.

“Clearly what ATK is doing in Cecil County is key to the defense to the department to really maintaining the safety of our country,” Harris said. “I wanted to keep up to date with everything that they are doing here, and it really is on the cutting edge of research that we are going to need to keep ahead of our enemies in the world.”

Harris said he feels very strongly that the defense budget should be maintained and action must be taken before automatic cuts occur at a deadline set for next year.

“There are some savings that can be made in any budget, but when we look at cutting in the defense budget we have to make sure we are not cutting into our research edge,” Harris said. “We have actually passed a bill out of the house, almost two months ago that described exactly how we were going to avoid the sequestration cuts coming up next year.”

Harris said this bill takes a look at programs such as the Food Stamp program and makes surgical cuts preventing any cuts made to defense.

“We need to make sure that the people who are eligible are getting the benefits of the program,” he said. “There are several examples of these cuts in the bill.”

Harris said, before leaving, that he was glad to have visited Cecil County.

“I always enjoy my time here, and now I’m hoping to get over to the fair,” Harris said.