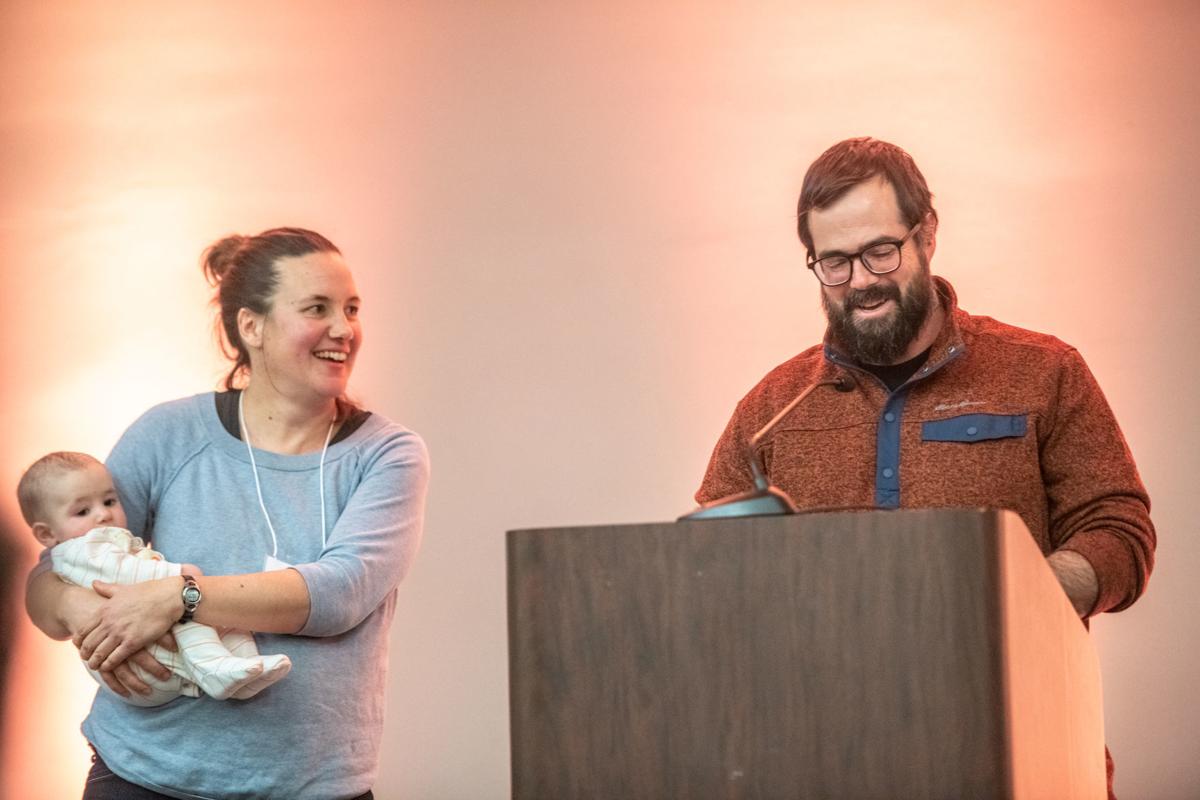 Sarah Ryder and Tom Paduano, owners of Flying Plow Farm in Rising Sun, accept the Farmer of the Foodshed Award from Future Harvest. 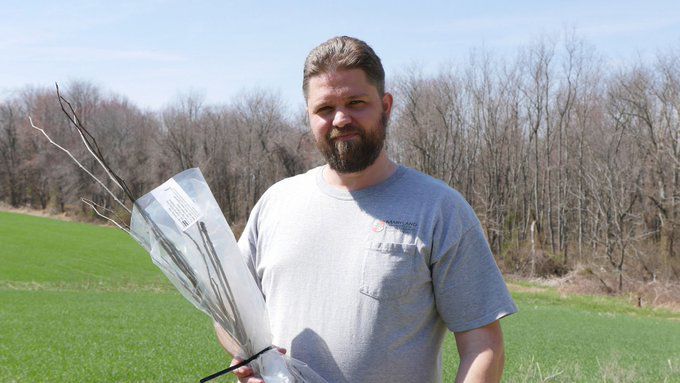 Landowners in Cecil County with a stream, creek or other waterway running through or next to their property may be eligible for Maryland’s free Buffer in a Bag program. Reservations begin being taken next month. 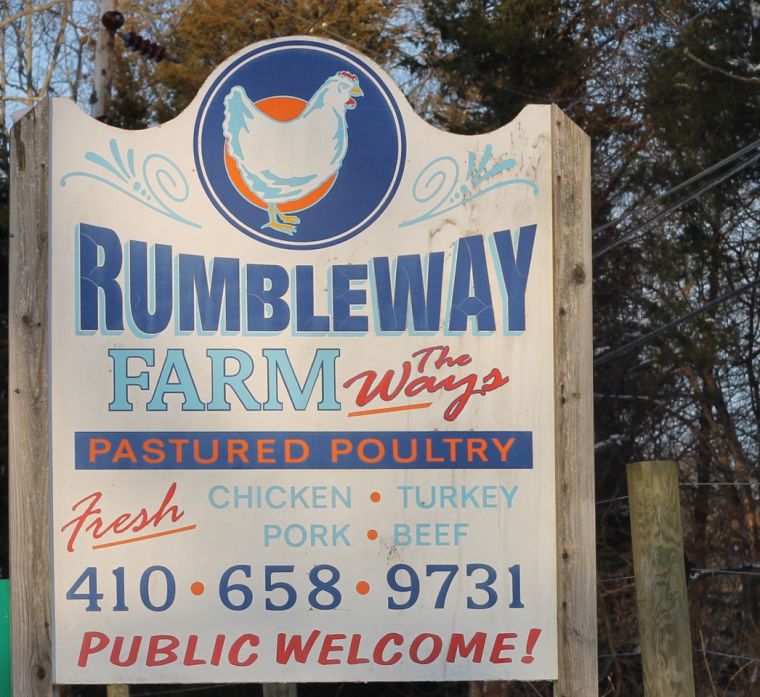 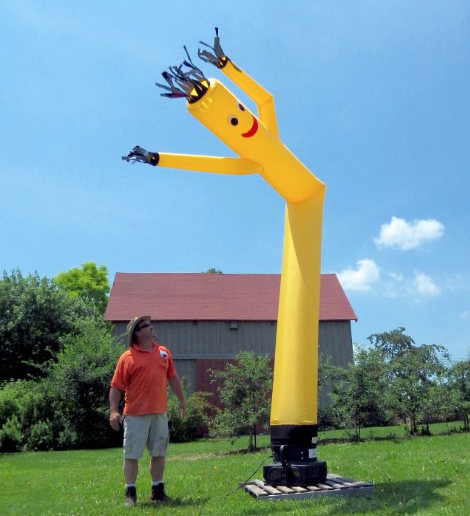 Nathan Milburn remembered as a good source of Ag news

Back in 2014 Nathan Milburn called the Whig to announce he had these unique devices in use at Milburn Orchards near Elkton to fend off avian attacks on the fruit trees.

Sarah Ryder and Tom Paduano, owners of Flying Plow Farm in Rising Sun, accept the Farmer of the Foodshed Award from Future Harvest.

Landowners in Cecil County with a stream, creek or other waterway running through or next to their property may be eligible for Maryland’s free Buffer in a Bag program. Reservations begin being taken next month.

Nathan Milburn remembered as a good source of Ag news

Back in 2014 Nathan Milburn called the Whig to announce he had these unique devices in use at Milburn Orchards near Elkton to fend off avian attacks on the fruit trees.

News from the fields, farms and beyond...

Flying Plow Farm has been given the Farmer of the Foodshed Award from Future Harvest.

Deb Dramby, communications manager for the regional agriculture nonprofit based in Cockeysville, Md., said the award went to Sarah Ryder and Tom Paduano for the way the couple operates their Rising Sun farm.

Future Harvest Chesapeake Alliance for Sustainable Agriculture works in Maryland, Delaware, Virginia and West Virginia to educate, advocate and network the ag community with the goal of sustainable farms, communities and environment.

Dramby said what drew the attention of the judges to Ryder and Paduano was their use of draught horses, along with the diversity of their produce and product offerings. Flying Plow operates a CSA, grows vegetables and herbs year round and also offers grass fed meats from the farm on Charles Johnson Farm Lane.

Vic Priapi and Priapi Gardens in Cecilton was the 2019 winners of the Farmer of the Foodshed Award.

Speaking of Priapi Gardens, their 3rd Annual Oyster Fest will be held March 21st from 1 until 4 p.m. in the Greenhouse at 5996 Augustine Herman Highway in Cecilton.

While they last, oysters will be sold $15 per dozen. Feel free to bring a picnic basket with other foods to complement your oysters, but there will also be light snacks available and Bayheads Brewing Company will be on site with their craft beer for sale.

Tickets can be purchased at PriapiGardens.com

A letter representing six crop insurance organizations has been sent to the Office of Management and Budget urging a reversal of the decision that would make steep cuts to the federal crop insurance program.

“It’s inexplicable as to why OMB would target such a critical risk-management tool for budget cuts. The proposed cuts will make crop insurance unaffordable and unavailable for farmers, seriously undermining the farm safety net,” the letter reads, adding that the program has benefits beyond the farmers themselves.

Pointing out that the safety net program represents less than a quarter of 1% of the federal budget, the letter indicates that the organizations expect Congress to reject the planned cuts.

“We urge the White House and Congress to support America’s farmers and ranchers by protecting and strengthening crop insurance,” the letter concludes.

Registration deadline is Monday for the 2020 Bay Area Fruit School to be held Feb. 21 at Wye Research and Education Center in Queenstown, MD. The cost is $30 per person but includes coffee a donuts in the morning and lunch.

University of Maryland specialists will present topics to include new apple varieties, weed control options and an update on fruit diseases and insect control.

Three new directors have been elected to the board of the Cecil County Farm Museum. Mark Barczewski, technology coach with Cecil County Public Schools, Susan Knight, owner of Ardent Title and a 4-H Club leader, and Paula Newton, director of the Cecil County Historical Society were elected in January.

Also CCFM sent its thanks to Betty Boyle for being group treasurer for 16 years, while at the same time welcoming the new treasurer, Terri Birney.

Maryland Forest Service is making its Buffer in a Bag program available to any land owner with a waterway on or adjoining the property.

It’s open to smaller properties not eligible for agricultural cost-share programs, which have a stream, creek or other channel of water.

Inside the free bag will be 20 to 30 young trees with bare roots, ready for planting. Also included in planting and care instructions for the random collection of native trees and shrubs.

Tom Frederick is in charge of the Buffer in a Bag program in Cecil County. Send him an email at tom.frederick@maryland.gov or call 410-287-5777. Reservations begin being taken in March.

You can now shop online for fresh meats from Rumbleway Farm, a historic, working farm in Conowingo

When Nathan Milburn would call me I knew I was about to get an interesting story idea. Back when he was actively involved with Milburn Orchards with his dad, Evan Milburn, Nathan would pitch stories to me, knowing full well I’d take his bait.

Milburn died last week. I’d lost track of him, so his death at the age of 48 came as a surprise.

I immediately thought of those phone calls.

There was the one about the university researchers coming to the orchards to find which light source was best to attract stink bugs away from the fruit trees. His daughter, Zoe Milburn, was involved in that research. Then there was tip about the big pink tractor to celebrate survivors and remember those lost to breast cancer.

And then there was the dancing noodles. Nathan called me, very excited to tell me that he had two of the inflatable critters in his orchard; the ones typically seen along a busy highway touting a new business or a car dealership.

It worked, he reported, adding that 11 acres of fruit trees were protected from the avian attacks.