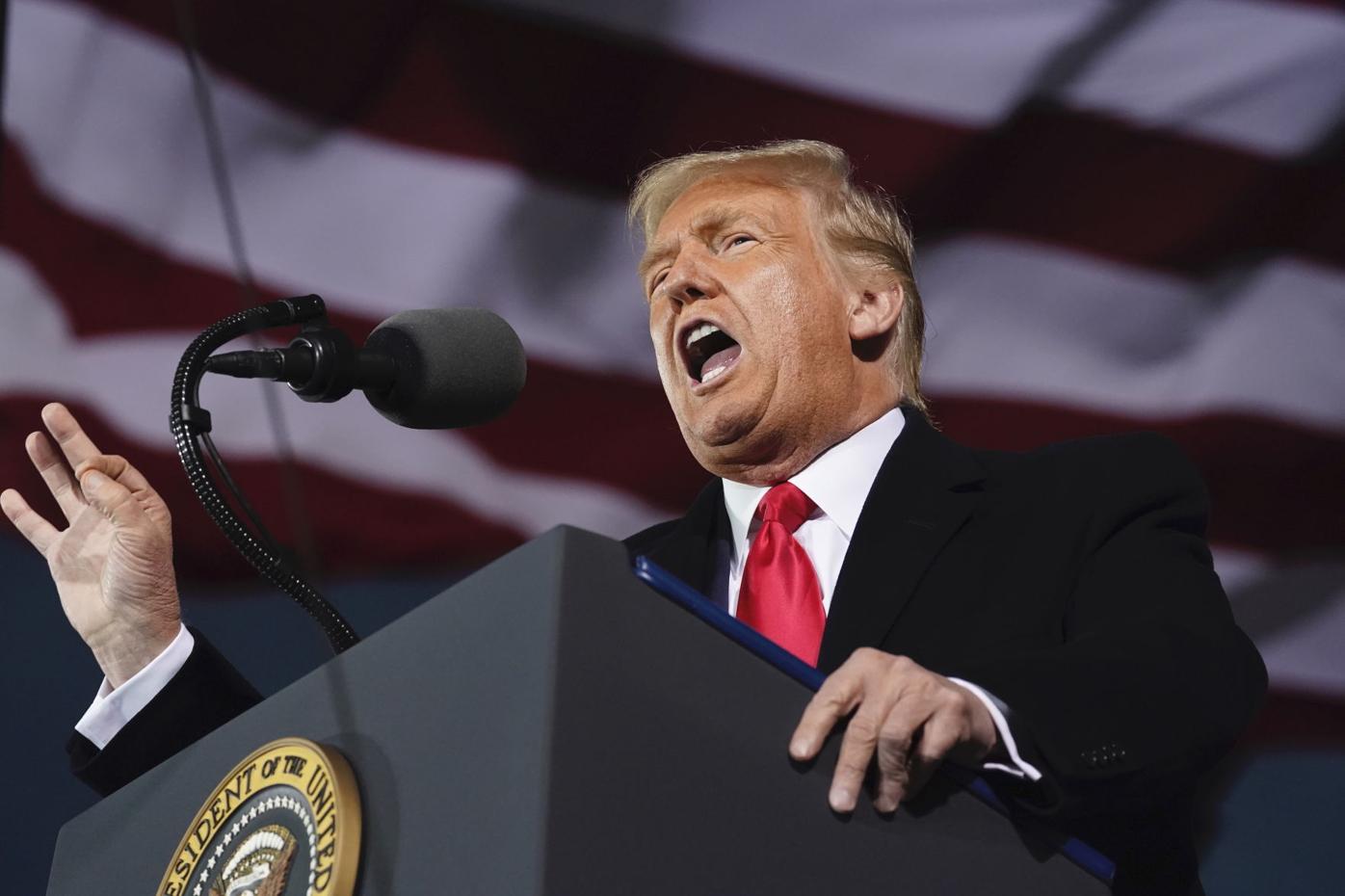 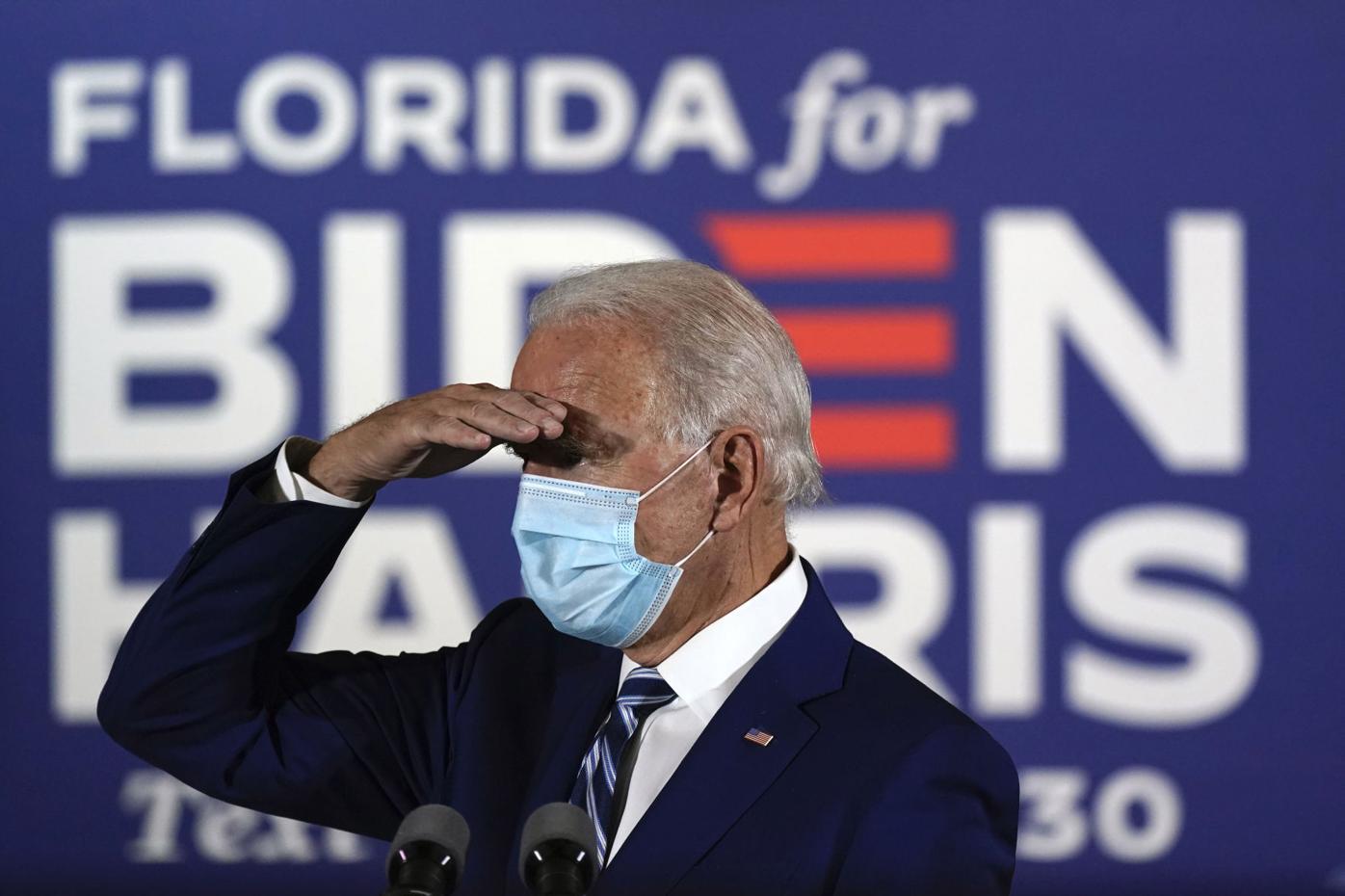 WASHINGTON (AP) — President Donald Trump and challenger Joe Biden will compete for TV audiences in dueling town halls on Thursday night instead of meeting face-to-face for their second debate as originally planned.

The two will take questions in different cities on different networks: Trump on NBC from Miami, Biden on ABC from Philadelphia. Trump backed out of plans for the presidential faceoff originally scheduled for the evening after debate organizers said it would be held virtually following Trump's coronavirus diagnosis.

The town halls offer a different format for the two candidates to present themselves to voters, after the two held a chaotic and combative first debate late last month. But Trump, speaking on Fox Business on Thursday morning, indicated he had no plans to change his tone going forward.

Trump said of the first debate that "some people said I was rude, but you have to be rude. The guy's a liar."

In case anyone remains unaware of Trump's tactics, Biden warned supporters at a virtual fundraiser that the president would go after him aggressively in the final weeks of the campaign.

"We've got 19 days left and you know he's going to throw everything but the kitchen sink at me," Biden said Thursday. "And it's going to be an overwhelming torrent of lies and distortions."

Biden's son, Hunter Biden, has come under scrutiny this week following a New York Post report outlining an email Hunter allegedly received from a Ukrainian businessman discussing a meeting with the elder Biden. Biden's campaign has said the meeting never happened, and experts have raised questions about the veracity of the email, but Trump has nevertheless seized on the news and has pushed falsehoods about Hunter Biden at each of his rallies this week.

During his rally, Trump went hard after Biden, repeating his campaign message that "Joe Biden is a corrupt politician."

Trump also preemptively attacked NBC before the town hall, declaring that at a previous event the network hosted "they asked him questions that a child could answer." He joked that he wished he could watch Biden's appearance Thursday night because "I wanna see if he can made it through the program."

As the pace of the campaign speeds up in its final weeks, the two candidates were first taking care of other electoral necessities Thursday: Trump appeared at his midday rally in battleground North Carolina, and Biden raised campaign cash at his virtual event.

Trump spent much of the rally downplaying the severity of the virus that's killed over 217 million Americans, after largely recovering himself.

"It's going to peter out. It's going to end," he said of the pandemic — just as he had last winter — even as cases have continued to increase nationwide in recent weeks.

And he mentioned that his own son, Barron, "recovered so fast" from the virus to bolster his argument for why schools can and should fully reopen.

"We've learned about this disease. You've got to open up your businesses, open up your schools, get it going," he said.

Trump also took his most overt swipe yet at Dr. Anthony Fauci, the nation's top infectious disease expert, with whom Trump has publicly disagreed on the coronavirus. He said Fauci is a nice guy, "so I keep him around." But he also described Fauci, who has served in administrations of both parties, as a Democrat.

The president's appearance in North Carolina underscores the challenge confronting him in the final weeks of the election as multiple polls have shown Trump trailing Biden nationally and in many swing states. Trump has spent much of the week on defense, campaigning in states he won in 2016, like North Carolina and Iowa, where he campaigned Wednesday.

But despite the polling, Trump predicted a "big, beautiful red wave" on Election Night, before referencing another one of his major challenges: A cash disadvantage to the Biden campaign, which just announced raising a record-breaking $383 million in September.

"I don't want to say it too loud, because they've got all this money, they'll spend money like crazy," Trump said, after predicting a GOP wave.

Other events are still interrupting the candidates' final-days plans.

Biden's campaign announced Thursday morning that running mate Kamala Harris' communications director and a flight crew member tested positive after a campaign trip to Arizona last week, during which Harris and Biden campaigned together throughout the state.

Biden and Harris both have tested negative multiple times since then, including on Thursday morning, and the campaign said Harris was never in close contact with the staffers. And in an effort to draw a contrast with Trump, the campaign has emphasized its strict protocols in dealing with the virus and said it'd be moving Harris' campaign events online whenever possible in the next few days.