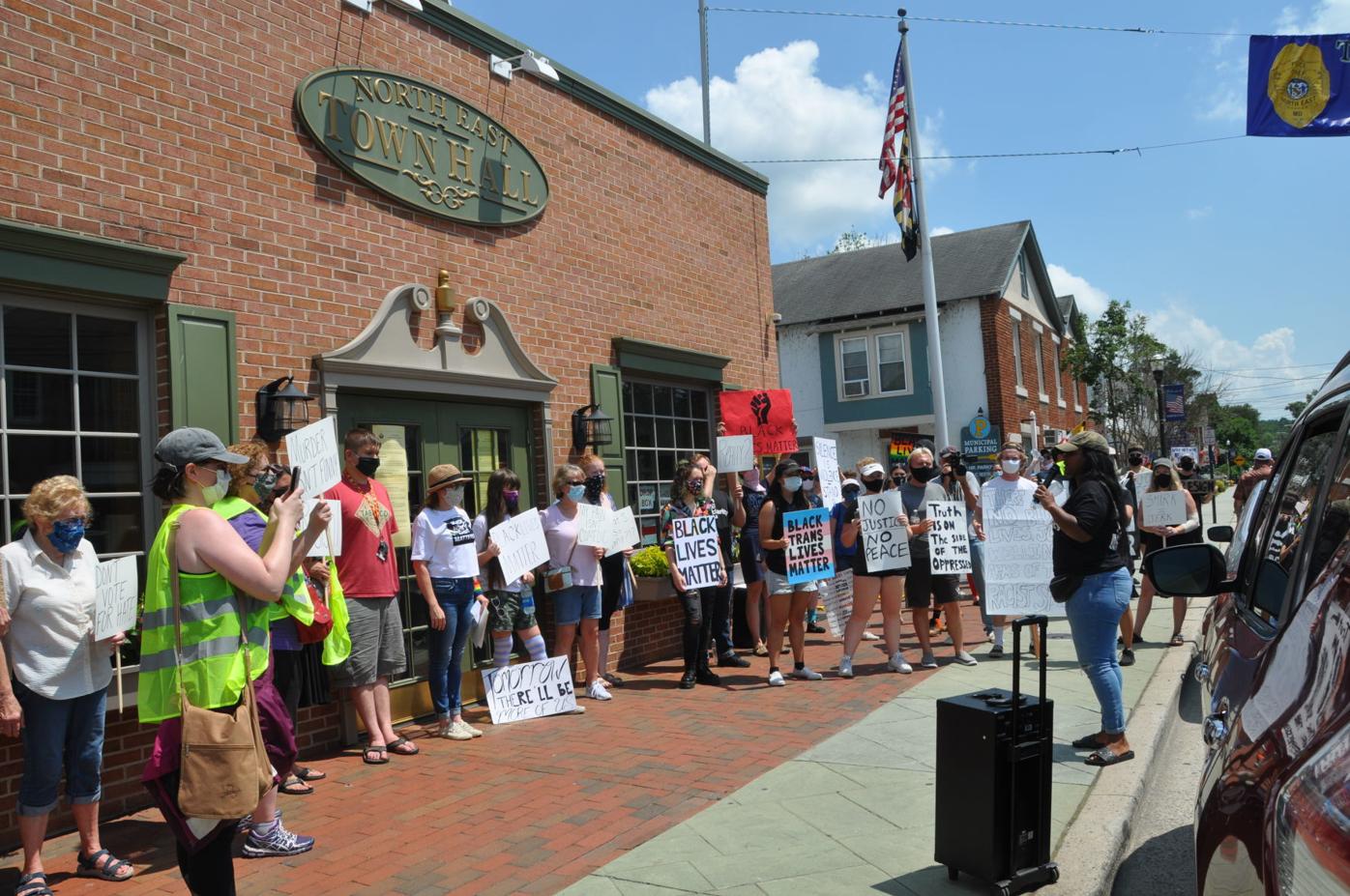 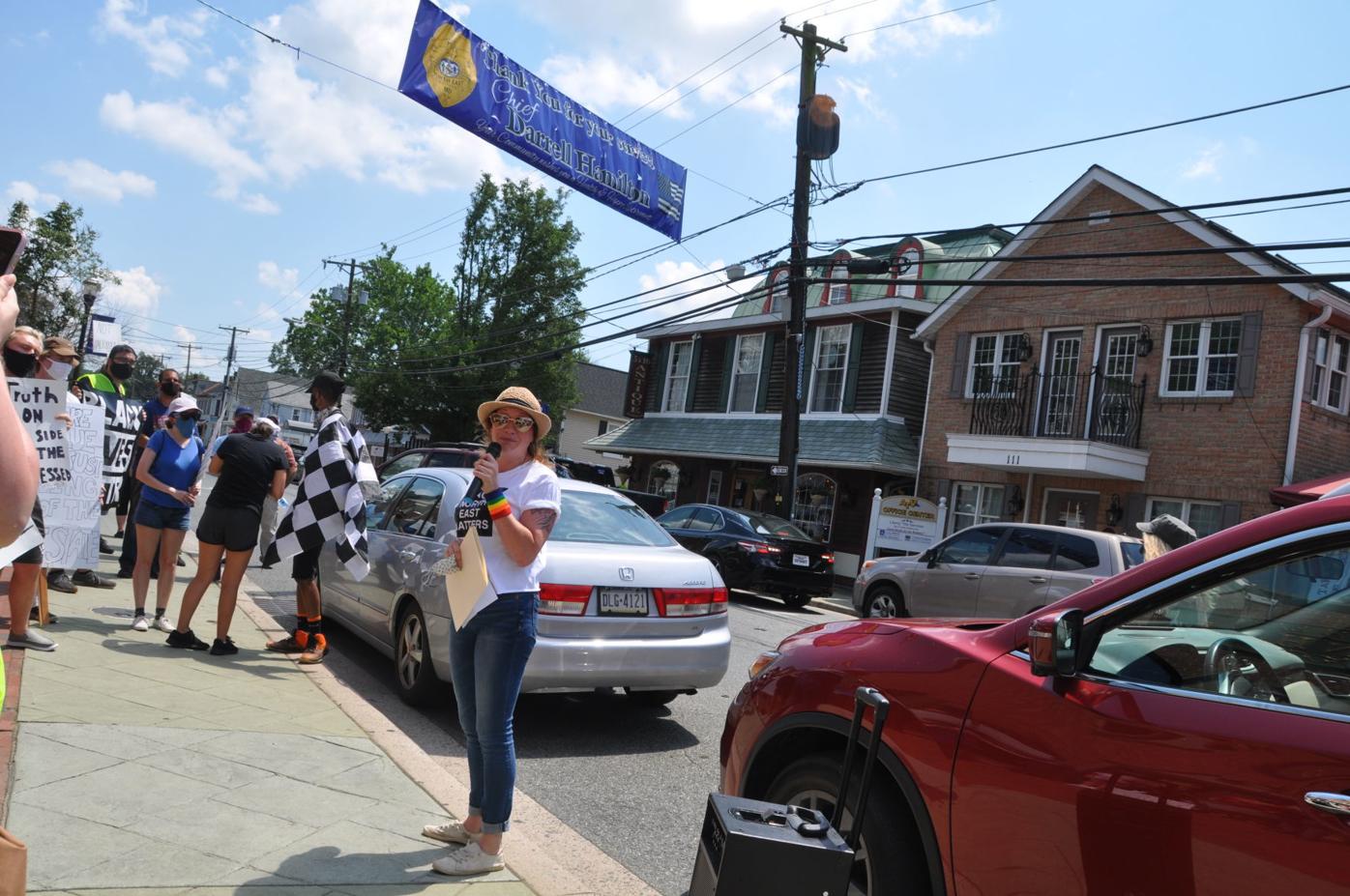 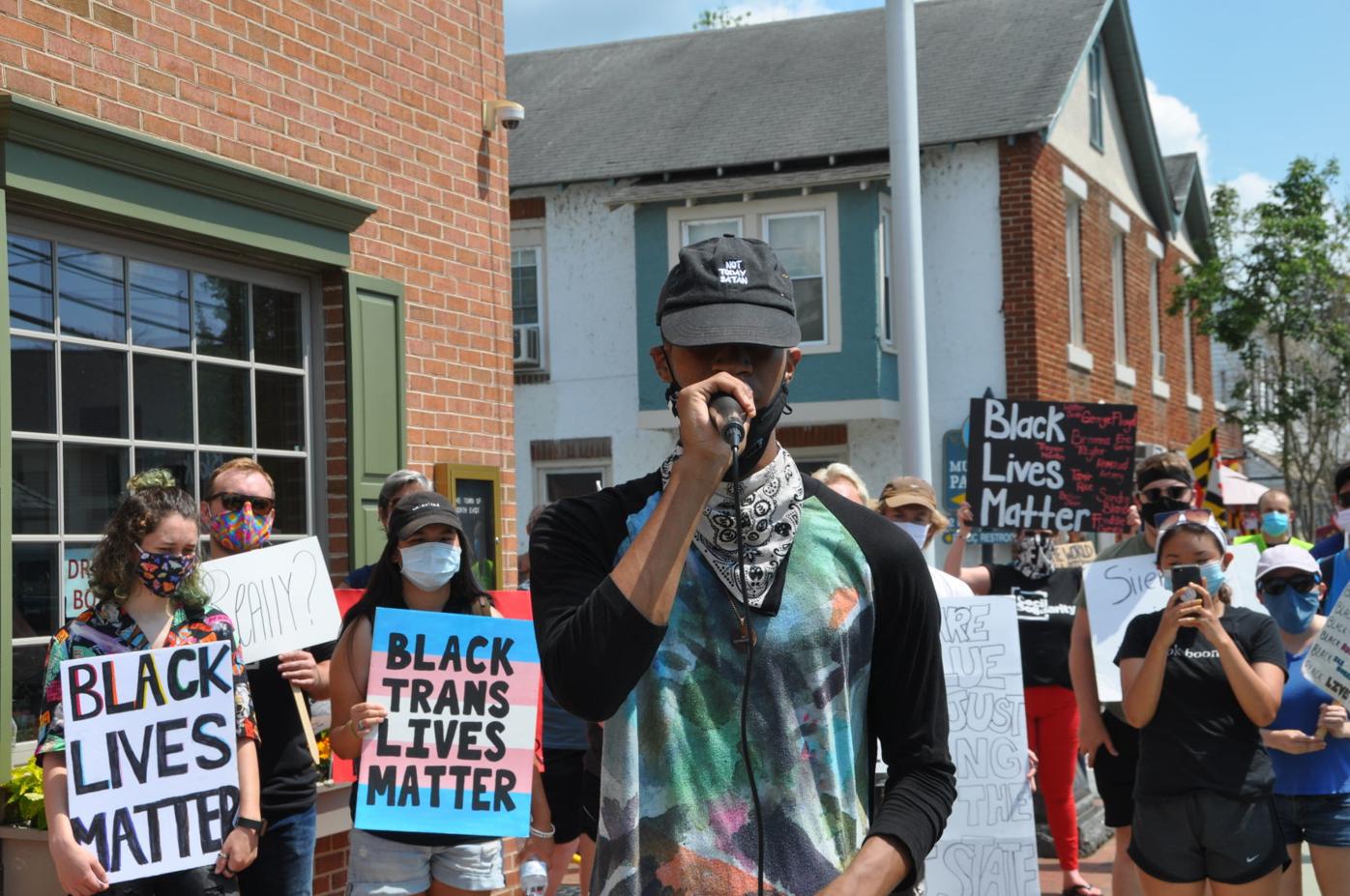 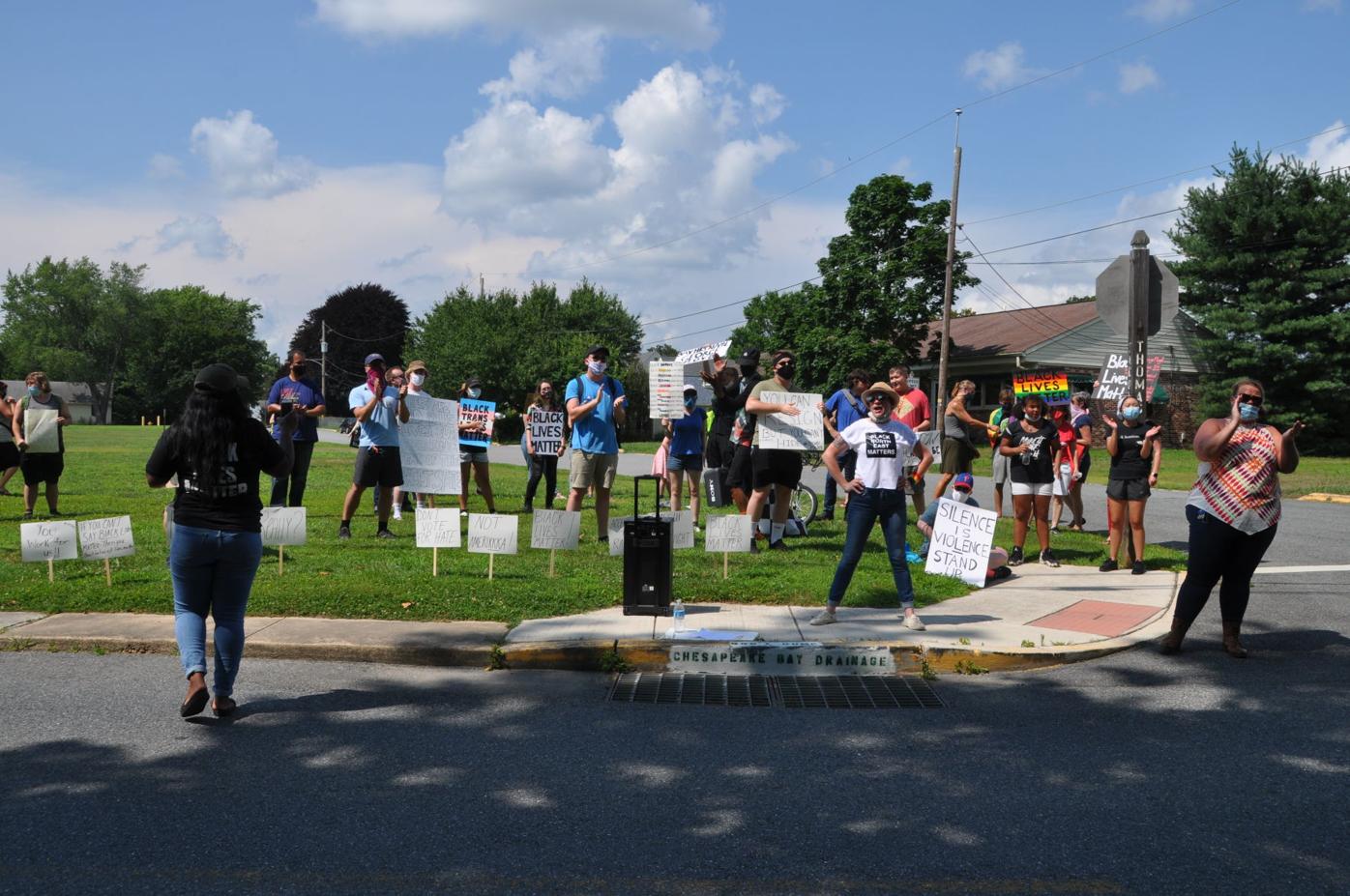 Members of the Cecil Solidarity movement protest in a field opposite from North East Mayor Robert McKnight's home Wednesday.

Members of the Cecil Solidarity movement protest in a field opposite from North East Mayor Robert McKnight's home Wednesday.

The march began at the North East Library located on Cecil Avenue with some 40 to 50 protesters and proceeded up Main Street to the front of North East Town Hall located on Main Street. During the march, members of the group sand in unison the phrase, “Hey, hey, ho, ho, the status quo has got to go.”

Once protesters arrived at town hall, several members of the group spoke about their own interactions in North East and their own experiences with racism.

Cecil Solidarity member Christine Thompson Givens, herself a North East native said that when she was a little girl she recalls going to a local Christmas shop during Christmas time with her father and brother to see Santa Claus and also experienced the Ku Klux Klan being present handing out flyers in front of Santa Claus.

“They were scary because they wore hoods and covered their faces,” she said. “Because that is what cowards do.

“We can’t do that anymore.”

Givens then recounted the group’s march on June 27 and her interaction with McKnight, Town Commissioner Michael Kline and Town Administrator Melissa Cook-MacKenzie. She noted that their laughter was akin to someone laughing at a funeral, and noted that she felt the laughter on such a solemn occasion was inappropriate.

“Nothing we do here is going to be comfortable,” she noted. “All lives can’t matter until Black lives matter.”

Givens noted that her family has a long history in the town of North East and her original apprehension when the group original organized a protest several weeks ago in the town due to her own experiences there.

Another resident with long ties to the community, Casey Warrington, also spoke during Wednesday’s gathering. Warrington said that she was born and raised in North East and also owns a business downtown. She noted that her family has been directly involved in the town for generations and that she could not be silent about issues in the town.

As a business owner in North East, Warrington also had this to say, “What is really bad for the local business in North East is that not all of our residents feel safe and comfortable coming into our town.”

She noted that the impression many get from the outside of the town of North East is what they read on the Facebook page North East 21901, which she said paints the town and its citizens in a bad light.

“This is not the reputation I want the town to have,” she said.

During the gathering in front of town hall several vehicles passed with some honking in solidarity with the group while others shouted derogatory comments to those assembled for the protest.

After her presentation, Warrington taped a petition calling for McKnight to resign, which contained over 200 signatures, to the door of town hall.

Another speaker, who goes by the name Kid Casper also spoke about his own upbringing and the challenges he has faced. In recalling one moment of racism he experienced he got emotional and several members of the group surrounded him and gave him hugs in offer of support.

He said that he received death threats as early as age seven and was shot at by a white man when he was nine years old.

Before the group departed from town hall Givens proclaimed the position of Cecil Solidarity, “We the people of Cecil Solidarity do not believe that based on recent actions the current mayor Bob McKnight is fit to lead the town of North East.”

The group then marched to an area across from McKnight’s home and continued their protest with chants that McKnight’s needed to go as mayor of the town.