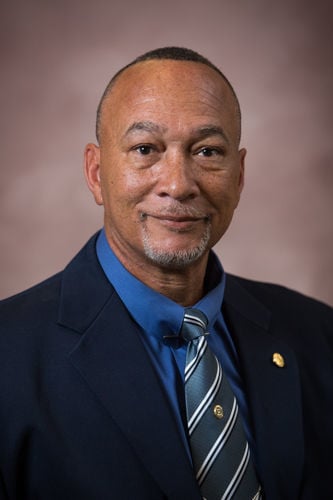 Elkton Commissioner Earl Piner will be the subject of the Elkton Comedy Roast on Feb. 29. 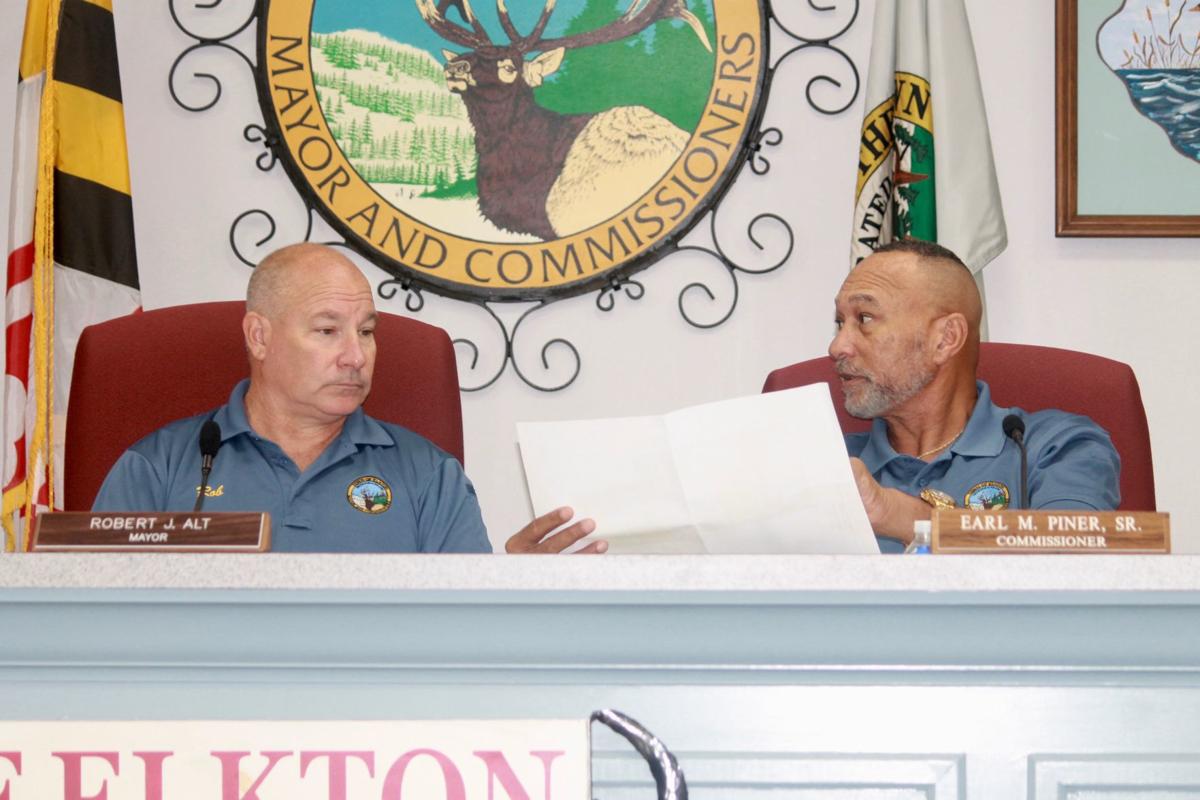 Elkton Commissioner Earl Piner, right, speaks to Mayor Rob Alt during a town meeting in September 2018. Alt was the subject of the Elkton Comedy Roast in 2019 and passes the torch to Piner this year. 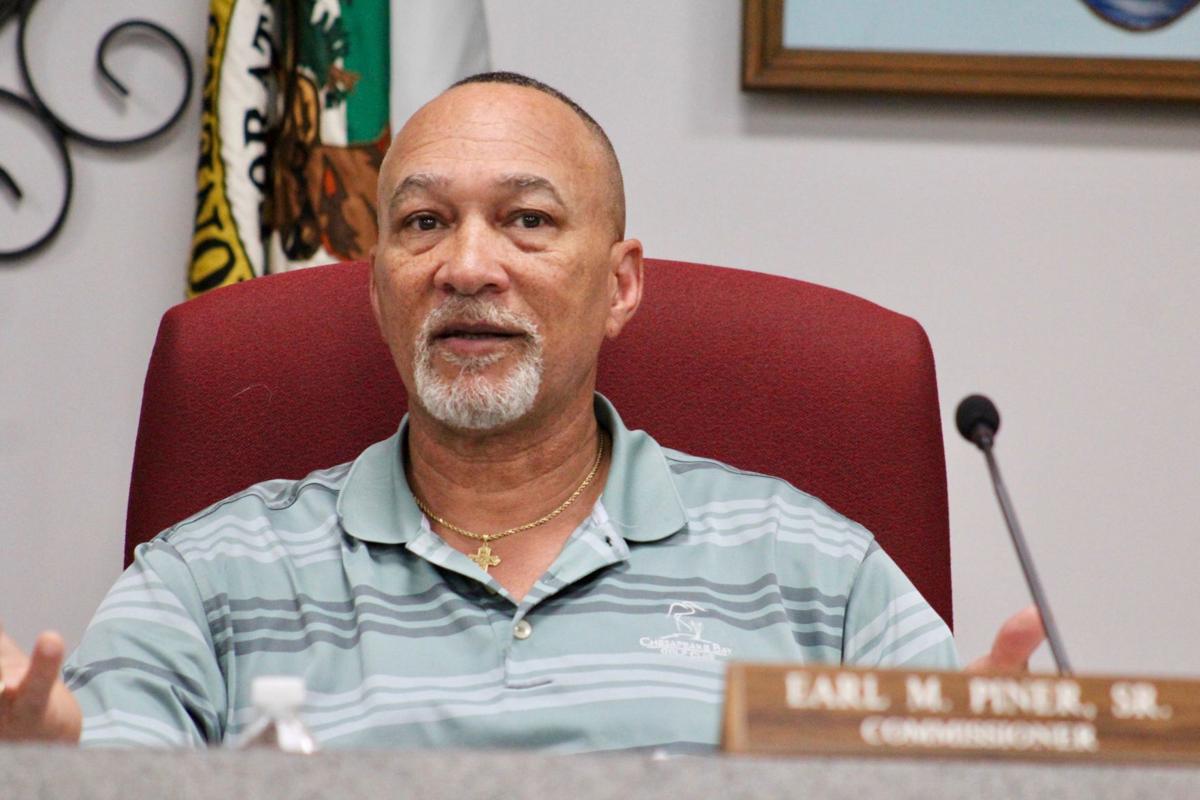 Elkton Commissioner Earl Piner speaks during a town meeting in May 2019. Piner will be the subject of this year’s Elkton Comedy Roast on Feb. 29.

Elkton Commissioner Earl Piner will be the subject of the Elkton Comedy Roast on Feb. 29.

Elkton Commissioner Earl Piner, right, speaks to Mayor Rob Alt during a town meeting in September 2018. Alt was the subject of the Elkton Comedy Roast in 2019 and passes the torch to Piner this year.

Elkton Commissioner Earl Piner speaks during a town meeting in May 2019. Piner will be the subject of this year’s Elkton Comedy Roast on Feb. 29.

ELKTON — Mayor Rob Alt was the butt of so many jokes as the subject of last year’s Elkton Comedy Roast that it seemed like it would be a tough act to follow. That is, until Elkton Commissioner Earl Piner’s name was thrown into the ring, according to fellow Elkton Commissioner Rob Massimiano.

“I’ve been saving jokes for Earl for years, so I’m ready for Earl,” Massimiano said.

The second annual Elkton Comedy Roast, hosted by the Elkton Chamber and Alliance, will be held at town hall Saturday, Feb. 29 — Leap Day, or “a strange day for a strange guy,” Massimiano said.

Massimiano, who owns Tidewater Tattoo Studio on Main Street, had participated in several comedy roasts through the National Tattoo Convention. He even served as their final roastee before the convention closed in 2018.

After that, Massimiano decided he wanted to bring the comedy roast to Elkton. He said people were a bit apprehensive at first, saying that people would get offended.

But once Massimiano assured the necessary parties that the jokes would all be in good fun and that the subject would be in on the laughs, he was finally able to organize the inaugural Elkton Comedy Roast last year.

During last year’s roast, where a panel of Alt’s friends and colleagues made fun of him, Massimiano put out a ballot box for attendees to suggest subjects for this year’s roast. There was a clear winner, according to Massimiano.

“The box was just overflowing with ‘Earl Piner’ sticking out of it,” he said. “It seems like everybody wants a piece of Piner.”

Massimiano said there’s so much to make fun of Piner about that it’s hard to narrow it down.

“Just the visual alone opens up many jokes,” Massimiano said. “But given the fact that he’s a well-known politician, he’s very vocal and he’s funny in his own right, he’s going to be a great target.”

As was the case with Alt’s roast, Piner got to select the panel of people who would be roasting him. That panel includes two of Piner’s brothers, James and Joseph Piner; his brother-in-law, Steve Walton; Alt; and Piner’s friend, Ron Park.

Massimiano had lunch with Earl’s panel a few weeks ago to brief everybody on how the roast would work, and he said his confidence in their comedic abilities was bolstered.

“The lunch itself was hilarious, so I have high hopes for the roast,” he said. “They’re a really funny group of guys.”

Last year’s event was a hit with the audience, according to Massimiano. He predicts this year’s roast will deliver just as many laughs — if not more.

“Everybody was very pleasantly surprised at how funny and how entertaining it was. I was really proud of the guys because they were all first-time roasters and they did a great job,” he said. “I really expect this year to be as funny or funnier. The bar was set pretty high last year, I’ll tell you.”

For folks who have never been to a comedy roast, Massimiano said come prepared to laugh.

“I tell people to expect to laugh pretty hard. They’re in for a fun night, especially if they’ve never seen a comedy roast,” said Massimiano, who also advised attendees to relieve their bladders before the show or else laughter won’t be the only thing they’ll be struggling to contain during the roast.