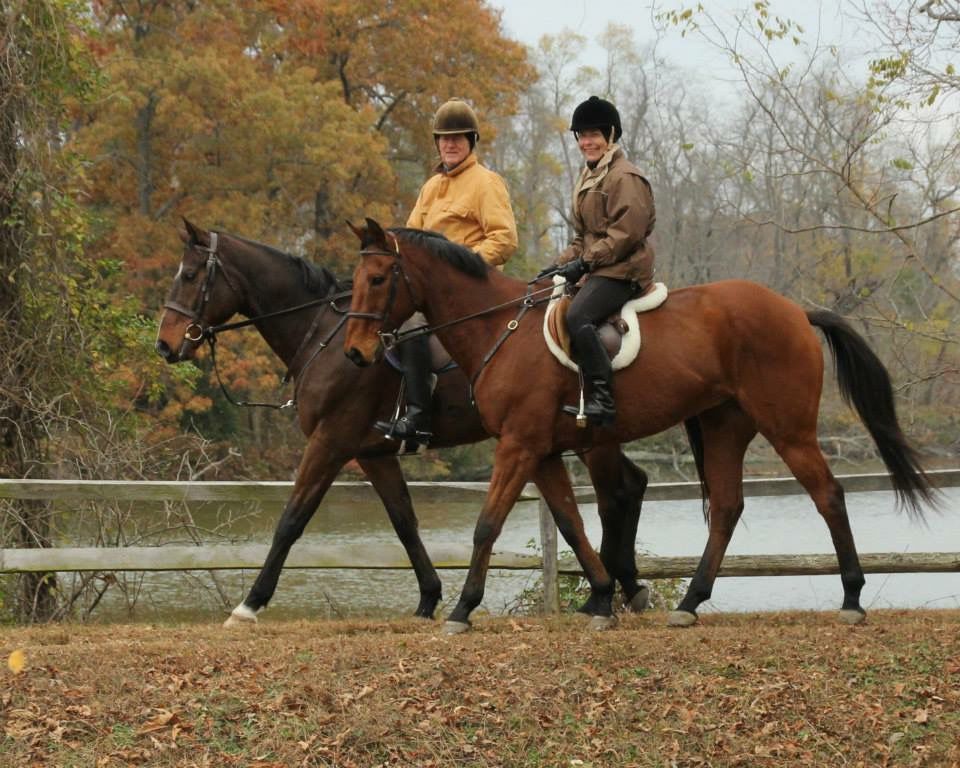 Participants in Mount Harmon’s “Paper Chase” will not be racing to complete the course the fastest, but rather they will be trying to get the closest to the “optimal time” for the trail, which will be determined by course designer and event chair Holly Isaacson. 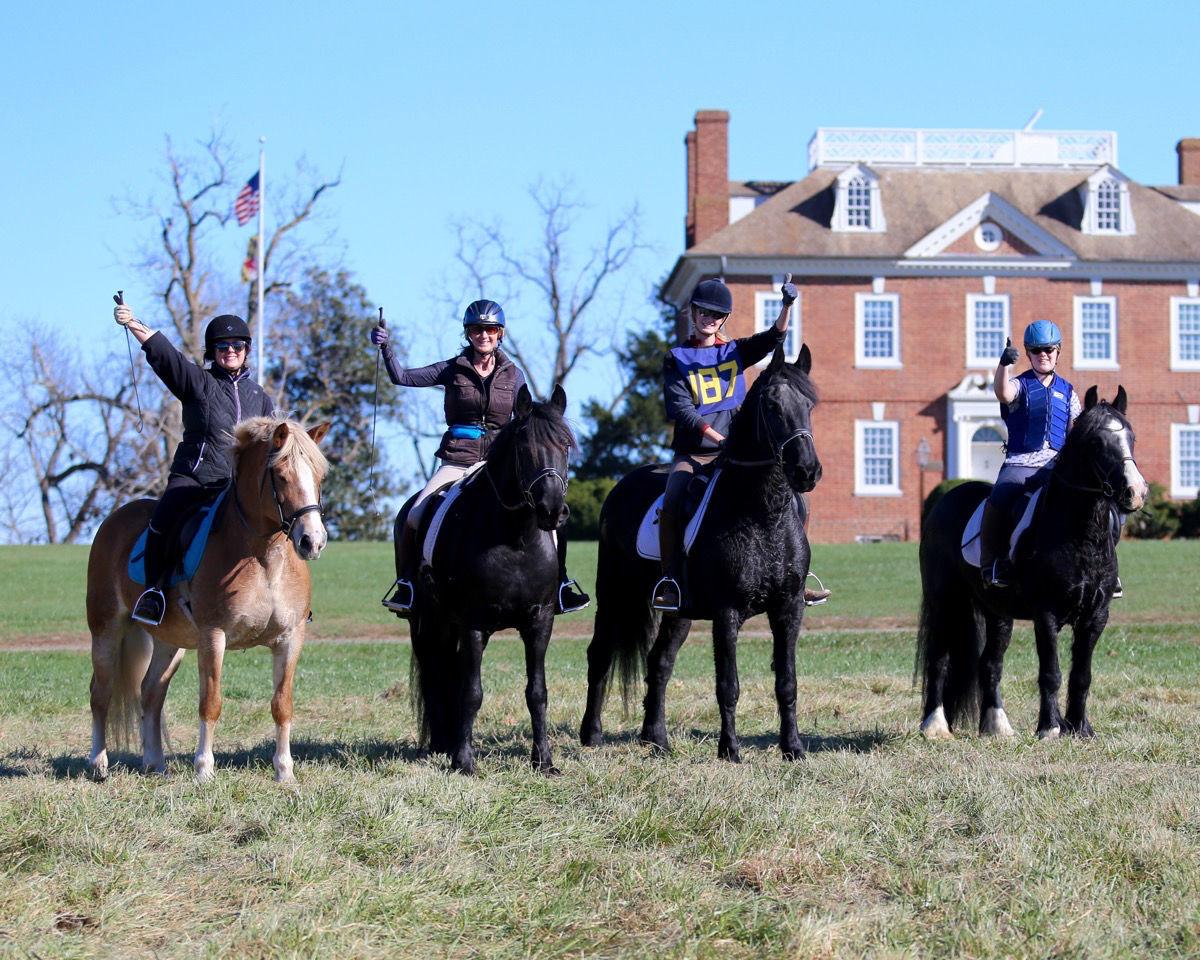 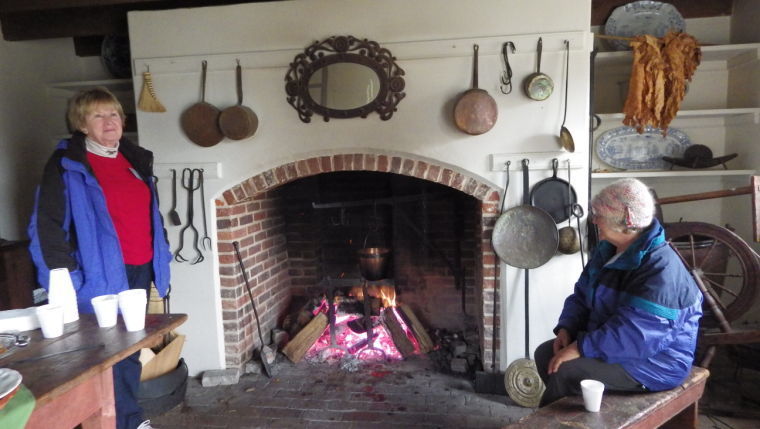 Barbara Lewis, a volunteer at Mount Harmon, and Education Coordinator Wendy Costa offered riders in the 2014 Paper Chase an escape from the cold in the summer kitchen, where a warm fire and hot apple cider were available.

Participants in Mount Harmon’s “Paper Chase” will not be racing to complete the course the fastest, but rather they will be trying to get the closest to the “optimal time” for the trail, which will be determined by course designer and event chair Holly Isaacson.

Barbara Lewis, a volunteer at Mount Harmon, and Education Coordinator Wendy Costa offered riders in the 2014 Paper Chase an escape from the cold in the summer kitchen, where a warm fire and hot apple cider were available.

EARLEVILLE — Whether your pace of choice is slow and steady, quick and nimble, or somewhere in between, the Mount Harmon Paper Chase provides an opportunity for horse riders to explore the historic plantation’s 200-acre nature preserve.

The sixth annual Paper Chase from 10 a.m. to 1 p.m. Sunday, Nov. 10, will cover a 6 to 7-mile course over Mount Harmon’s scenic nature trail, much of which is along the waterfront.

Once riders have completed the course, the three who come closest to the predetermined “optimal time” — set by course designer and event chair Holly Isaacson — will be awarded ribbons.

But Paige Howard, executive director of the Friends of Mount Harmon, reminded that this event is not a race and that the optimal pace is one in which riders enjoy the course to the fullest.

“It’s an average hunter pace based on what folks who race cross country with a pack of foxhounds would do, which is an average of a walk, trot and canter,” Howard said.

Although some folks come to the annual event with the goal of trying to match the optimal time, Howard said most just come to enjoy the views at Mount Harmon.

“It’s really a great chance to get out and ride at Mount Harmon,” she said. “It’s really one of the prettiest spots to ride in the county, if not the state.”

People can ride in the Paper Chase for $30, which also includes free manor house tours and refreshments on the day of the event. Riders can register in teams of two to five people if they want to explore the Mount Harmon campus with companions.

Proceeds from the event support the Friends of Mount Harmon, which preserves, maintains and operates the historic site.

“It’s not only a great chance to come and ride, but also it does benefit Mount Harmon which keeps us open and preserved,” Howard said.

Riders can also purchase a yearly $100 member pass which gives them access to ride at the site year-round, according to Howard.

“It’s like having your own private estate without doing the mowing,” she said.

Howard emphasized that people wanting to participate in the Paper Chase must bring their own horse.

Howard said the event typically attracts about 150 riders with a “fabulous array of horses.”

“We have everything from ponies to fine thoroughbreds to big draft horses to Western riders to English hunt seat riders — all shapes, sizes and ages,” she said.

Mount Harmon has partnered with its neighbors to use adjacent property that isn’t usually open for riders, according to Howard.

“It’s a really neat chance to not only ride at Mount Harmon but also to ride on some private lands that aren’t normally open to the public,” she said.

While the event mainly draws riders, people who do not want to ride the course can still enjoy what Mount Harmon has to offer. For a $10 donation, people can go on a manor house tour and partake in refreshments in colonial kitchen, such as tea sandwiches, baked goods and cider.