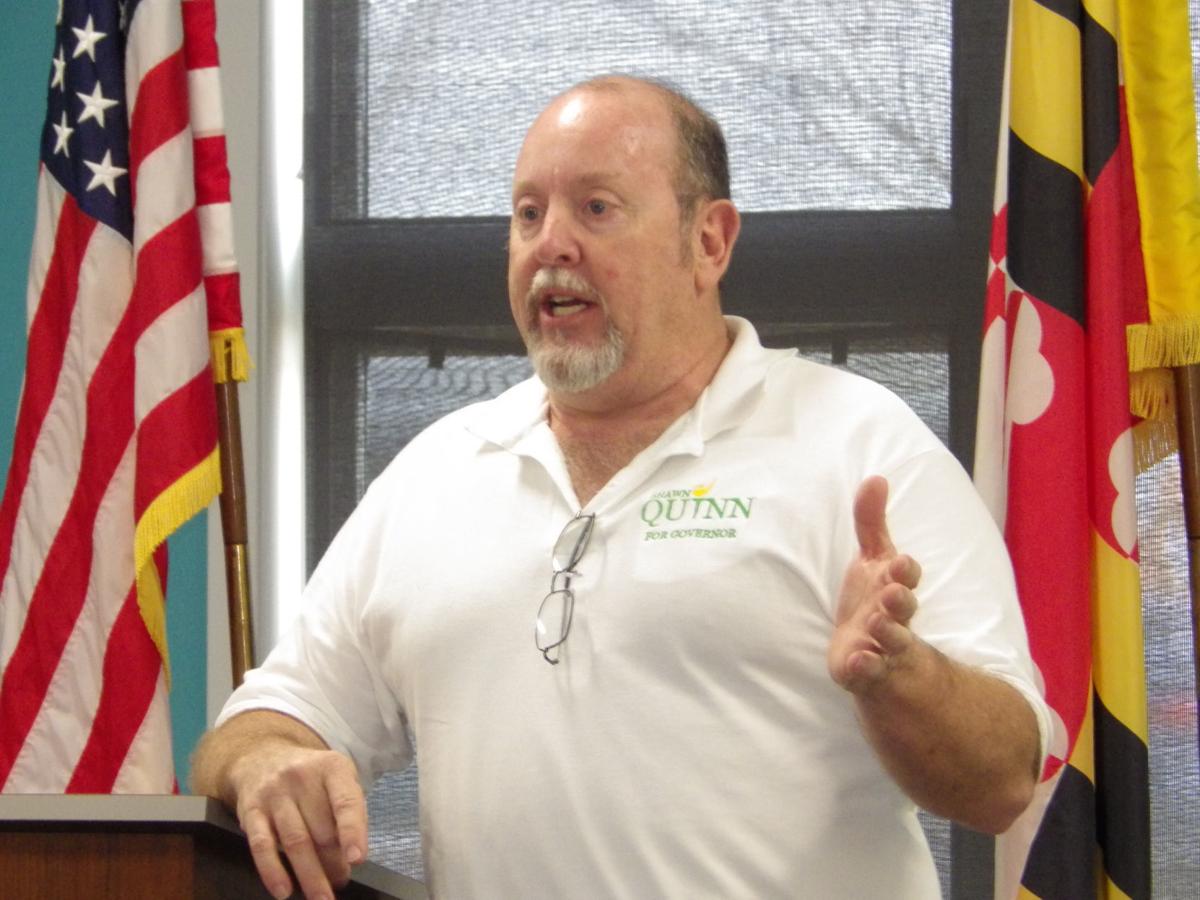 Shawn Quinn secured the Libertarian party nomination to run for governor of Maryland in 2018, but lost the general election to incumbent Gov. Larry Hogan. 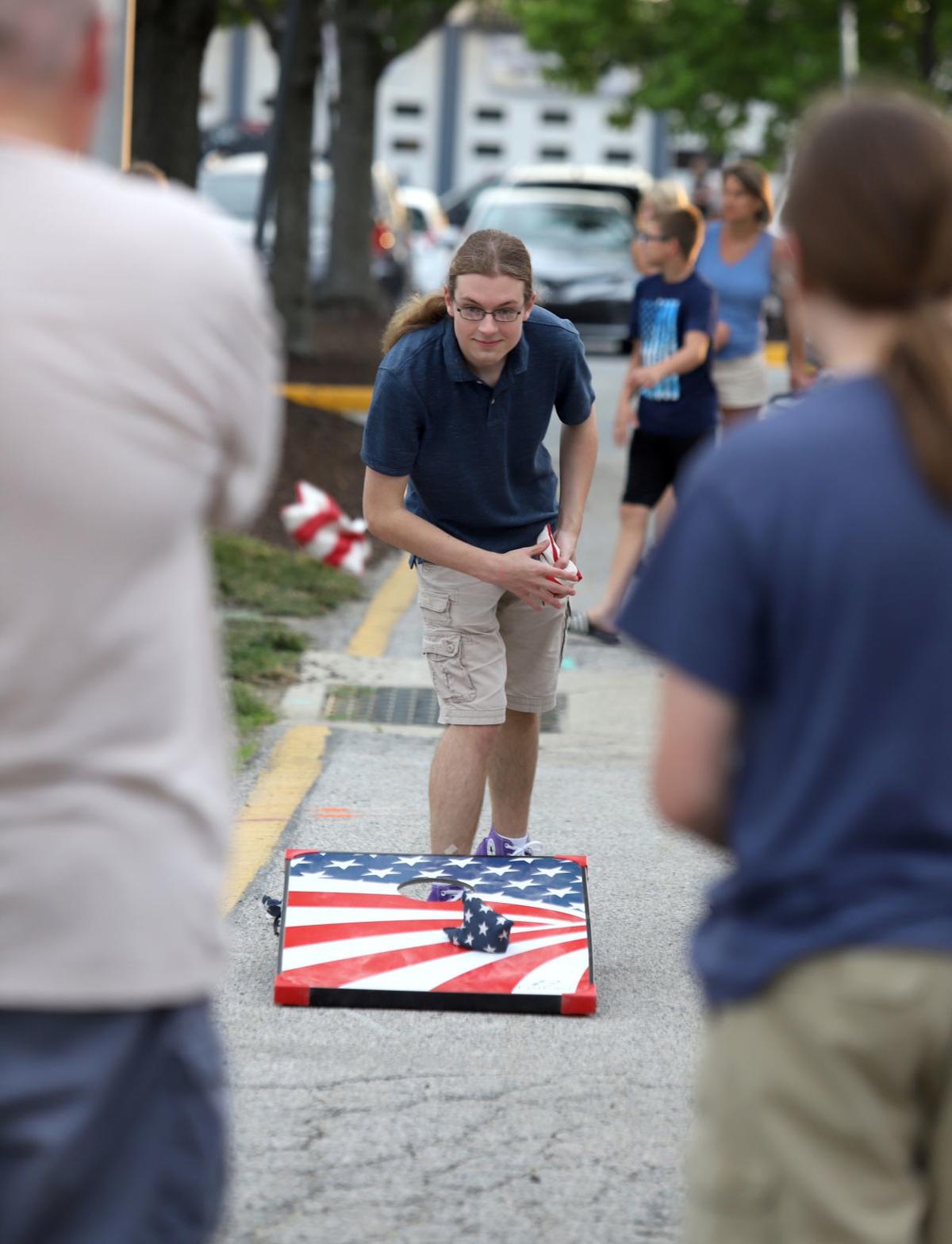 A cornhole competition, like this one seen at Liberty Day in Newark, Del., will raise funds for the Libertarian Party of Maryland.

Shawn Quinn secured the Libertarian party nomination to run for governor of Maryland in 2018, but lost the general election to incumbent Gov. Larry Hogan.

A cornhole competition, like this one seen at Liberty Day in Newark, Del., will raise funds for the Libertarian Party of Maryland.

NORTH EAST — In the spirit of bringing community members together for an afternoon of fun, the Libertarian Party of Maryland will host its second annual cornhole tournament at Fairwinds Farm & Stables from 4 to 8 p.m. Saturday, Aug. 24, according to Krystal Woodworth, LPM’s vice president.

“We want the Libertarian Party to become a household name,” she said. “We want people to know that we’re part of the community, that we believe in volunteerism, and we want people to come out and have a good time. They’re not going to be harassed with ideology or anything at the event.”

Teams of two can register to be part of the tournament for $25 per team. While Woodworth said the event itself will be “pretty apolitical,” she said the registration fee must be considered a political donation to the Libertarian Party of Maryland.

People are encouraged to register for the event beforehand at lpmaryland.org, but Woodworth said the political party will also accept payment at the event.

“It’s preferred [that people register before the event] because we are a political party, so accepting funds from an individual has to be recorded in a very specific way. But we are taking payment at the door as well,” she said.

The number of rounds will depend on how many teams sign up to compete in the tournament, Woodworth said.

For the first place winners, each team member will receive a custom cornhole wrap. The vinyl waterproof wraps, which are to be placed over a cornhole board, come in American flag-themed and Maryland-themed designs, according to Woodworth.

Most of the money raised through registration fees will go to cover the cost of the event and prizes, and any additional money will go to the Libertarian Party of Maryland, Woodworth said.

The tournament comes amidst the Libertarian Party of Maryland’s legal challenge against the State Board of Elections over a ballot access status issue.

Plaintiffs Robert S. Johnston and the Libertarian Party of Maryland brought the case against Linda H. Lamone, in her official capacity as administrator of the Maryland State Board of Elections.

To remain officially recognized in Maryland, state law requires political parties to nominate a candidate for president or governor who receives at least 1% of the total vote or secure the party affiliation of at least 1% of all registered voters.

After not being able to fulfill the first standard, the State Board of Elections required the Libertarian Party of Maryland to submit the signatures of 10,000 registered voters.

In Johnston v. Lamone, the plaintiffs argued that such a standard was unconstitutional because Maryland’s own records already show that more than 22,000 voters are registered as Libertarians.

However, United States District Judge Catherine C. Blake granted the defendant’s motion to dismiss the case after finding that “the signature requirement imposes only a modest burden on the Party.”

Woodworth said the Libertarian Party of Maryland has appealed the case to the U.S. Court of Appeals, but the case won’t be heard there until next year. In the meantime, they have started the process of collecting the required 10,000 signatures to obtain ballot access and Woodworth is confident the party will get the signatures it needs.

“We’ve done it before and we definitely will be back on the ballot in 2020,” she said

That said, Woodworth estimates the requirement will cost them $30,000 to $45,000 to hire paid petitioners — money that she said they could be putting toward advertising.

“It squashes our movement,” she said. “We have to spend a quarter to a third of all of our money, just to have candidates on the ballot, just to get the choice to vote Libertarian. That means we’re not spending that money on advertisements or setting up booths at fairs so people know who we are.”

Woodworth said that when she set up at the Rising Sun Fest last year, people were asking if the Libertarians were Republicans or Democrats.

“They really didn’t know that we were a completely separate party,” she said. “Not being able to get the word out because we’re fighting the Republicans and Democrats for the opportunity to compete with our ideas has really slowed the movement, but it’s still growing very rapidly.”

As the party seeks to regain its ballot status, Woodworth encouraged people to learn more about what the Libertarians stand for.

“I hope people know that we’re the party of principle,” she said. “We don’t move. Our ideas are rooted in the philosophy that people of all backgrounds should have the freedom to choose their lives as long as they don’t hurt other people.”