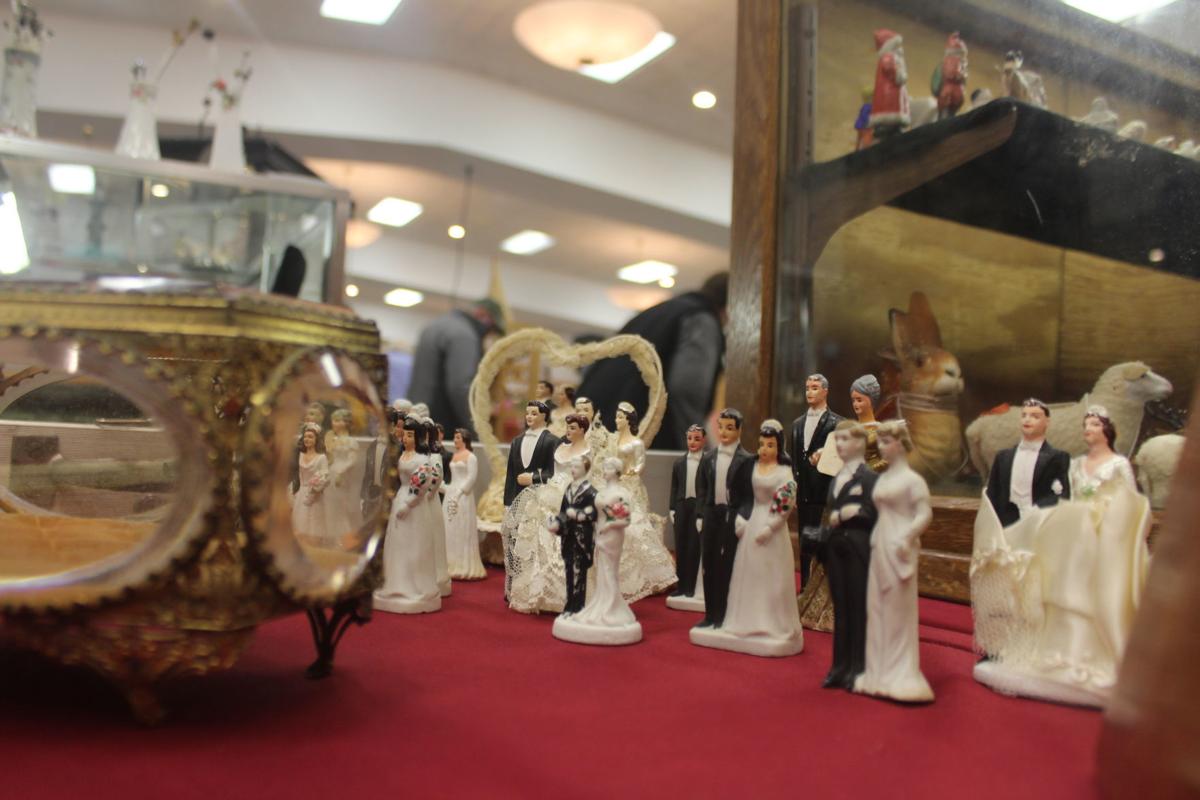 Thomas Hubler was selling these wedding cake toppers at Singerly Fire Company’s Antique Show in 2019. The show will return for its 35th year on Feb. 8 and 9. 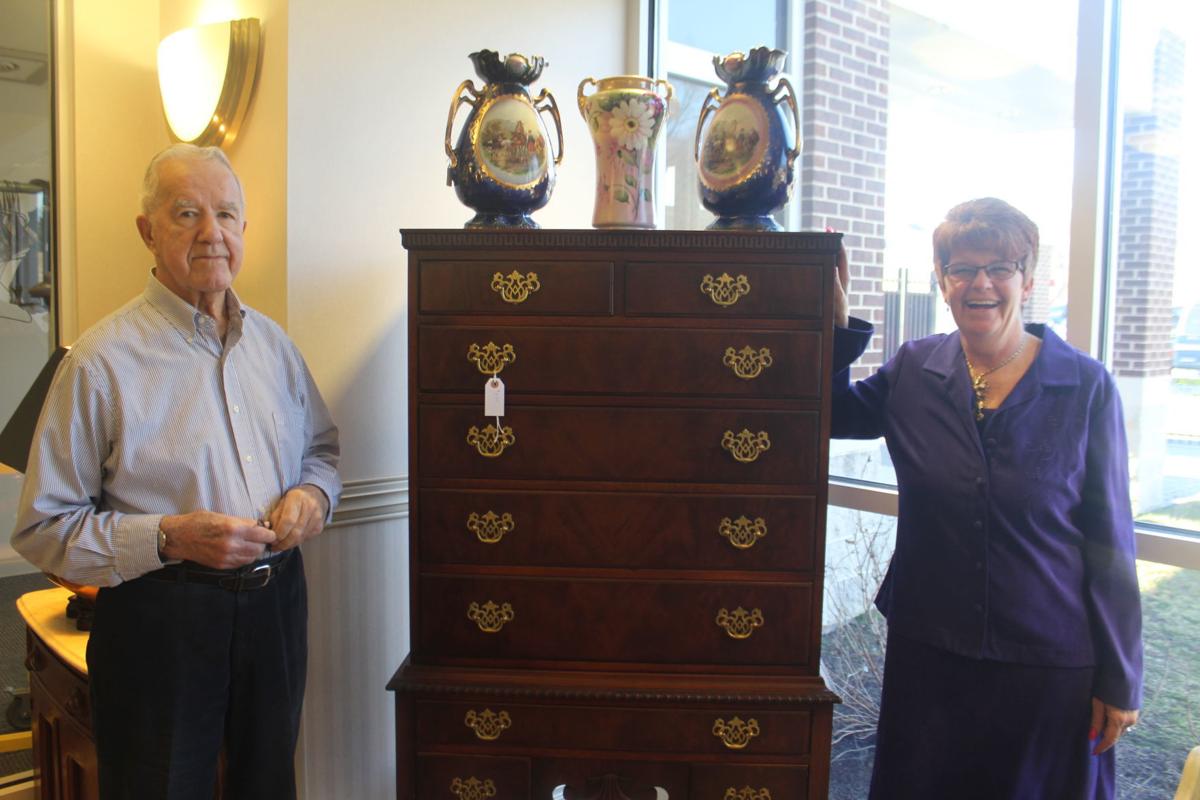 Carl York and his daughter, Carla Deroesier, stand next to a highboy they were selling at Singerly Fire Company’s Antiques Show in 2019. 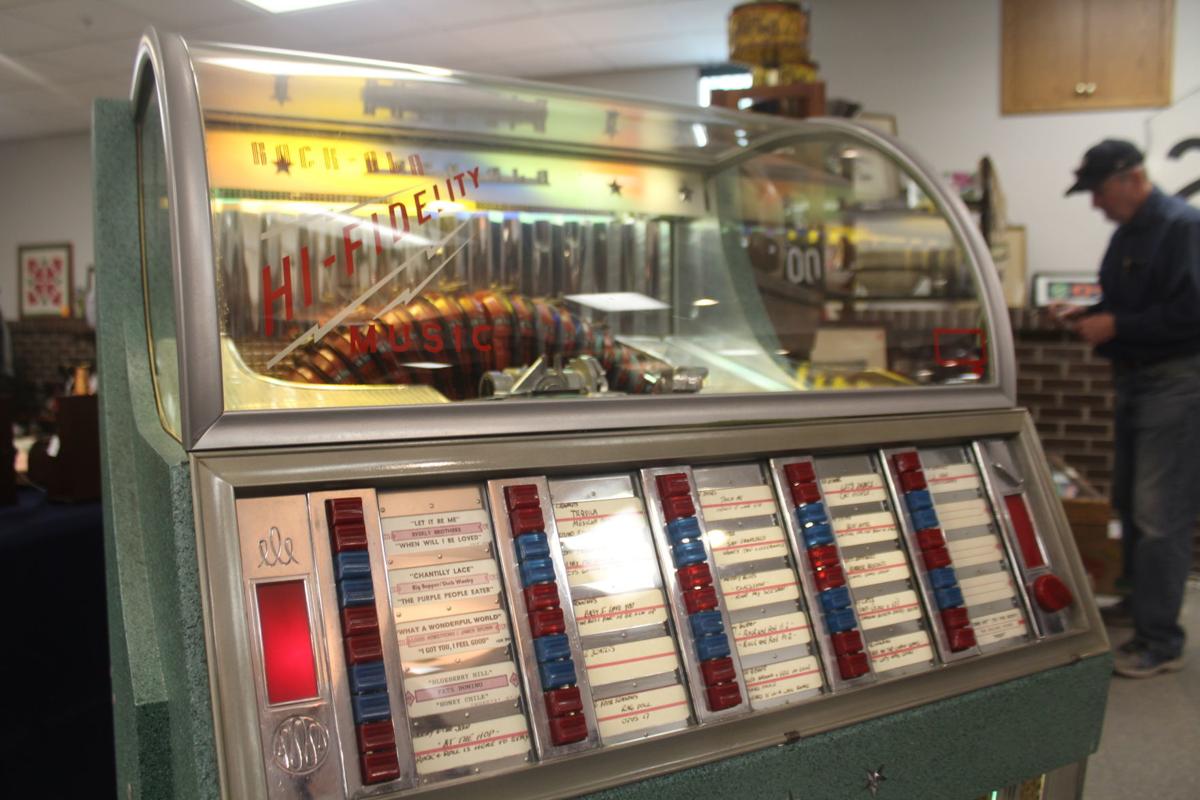 One vendor had a jukebox that passersby could play music on at Singerly Fire Company’s Antiques Show in 2019. The show will return for its 35th year on Feb. 8 and 9.

Thomas Hubler was selling these wedding cake toppers at Singerly Fire Company’s Antique Show in 2019. The show will return for its 35th year on Feb. 8 and 9.

Carl York and his daughter, Carla Deroesier, stand next to a highboy they were selling at Singerly Fire Company’s Antiques Show in 2019.

One vendor had a jukebox that passersby could play music on at Singerly Fire Company’s Antiques Show in 2019. The show will return for its 35th year on Feb. 8 and 9.

ELKTON — Whether you’re looking for an old jukebox, some vintage wedding cake toppers, an ornate piece of furniture or something else entirely, you are likely to find some enticing items at the Singerly Fire Company’s 35th Annual Antiques Show.

Leonard said part of the appeal of antiques shows are that they feature rare and one-of-a-kind pieces that people simply cannot find at the big box stores.

“They’re so unique,” he said. “It’s not something that you can go and buy in a store every day. The quality of the items compared to what is manufactured today is much more.”

Singerly’s antiques show was founded by a group of antiques enthusiasts, including Carl York, who Leonard said “was instrumental in starting the show 35 years ago.”

Leonard and his husband, Benjamin Petty, eventually took over the show, but York continues to show and sell some of his pieces.

In addition to antiques, people can also purchase homemade chicken and dumplings cooked by Singerly Fire Company’s Ladies Auxiliary, according to Leonard.

If you the antique bug bites you at Singlerly’s show, you might be inspired to dig through your own attic to see what treasures lie within. And if your search turns up some neat finds, you can have them appraised at Elkton’s Own Antique Road Show from 11 a.m. to 3 p.m. Saturday, Feb. 29, at Elkton Town Hall.

While people wait to meet with the appraisers, they can sit and snack on cookies that a local Girl Scout troop will be selling at the event, according to Price.

Price said Elkton’s antique show gets “a little bit of everything,” from small wooden furniture to a gold-plated Bible, Civil War-era swords and sabres to an autographed picture of Babe Ruth.

But Price said the piece that stands out to her the most from previous years was an item that merged military history with artistic ingenuity.

“There was a gentleman who had a parachute from World War II that a German POW (prisoner of war) had painted on. It was a beautiful landscape of a deer and whatnot,” said Price, who added that as a history major in college, that parachute and its backstory were right up her alley.

Price said she believes antiques are so popular because practically everybody has their own piece of memorabilia from a topic that interests them or an item that has been in their family for ages.

“It’s one of those things that they get passed down through generations. Almost everybody has something in their house that is from somebody in their family,” she said.

People will not be able to auction off their item at the show, but Price said the event can enlighten them about the value and history behind some of the pieces. Then, they can sell it on their own, or be equipped with the knowledge to tell friends the story behind the item.

“Not everybody knows the value of it or why it was significant,” she said. “Sometimes people have things that they think is junk but they could bring it in and find out it’s worth hundreds.”