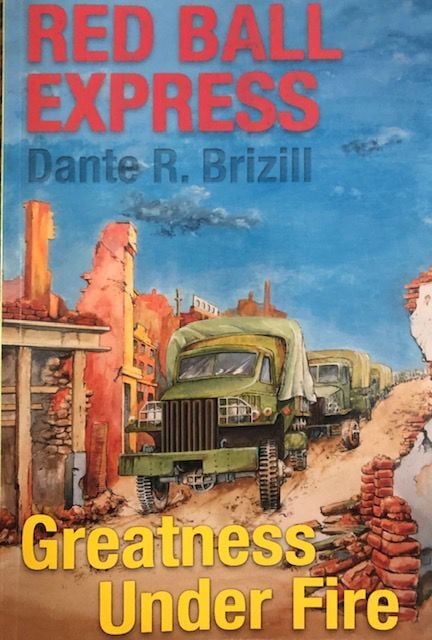 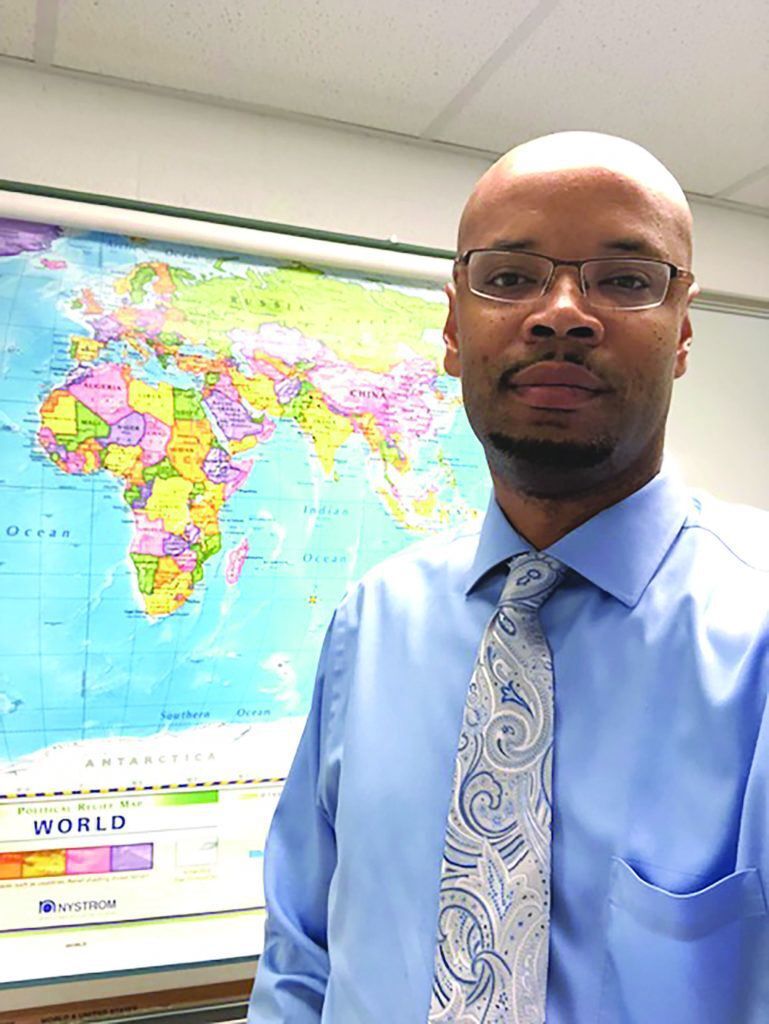 ELKTON — Not unlike the Tuskegee Airmen, the Red Ball Express is a World War II story that is part of the history of Blacks in America, full of heroism, action and drama.

However, unlike Tuskegee, a US Army Air Corps unit of African American pilots, the Red Ball Express has gotten less attention. Dante R. Brizill expects to change that with the second book of his “Greatness Under Fire” series of books.

Red Ball Express is about a supply unit whose exploits during the war were just as storied as the airmen, Brizill said.

“These were combat trucks,” he said of the largely African American unit that supported the troops on the ground in Europe. “All heroes don’t wear capes. Some drive trucks.”

His book was written as a resource for educators — since he is a World and US History teacher at Elkton High School — but history fans would also enjoy the story of the unit in the days after D-Day.

“The Red Ball Express started in August of 1944 and lasted 82 days. It was needed because of the supplies that the armies that landed on D-Day needed,” Brazill said. “Because the allies destroyed the French rail and road network to prevent the Germans from reinforcing their troops to attack the D-Day landings at Normandy, a supply problem arose once the armies advanced, because the French ports were inadequate and the Allies advanced far beyond those ports in the summer of 1944.”

“The Red Ball Express was created to rectify this problem,” he said.

“There’s a lot of action a lot of drama. It’s fast-paced,” he said.

Brizill researched the Red Ball Express for some two years. He used a combination of sources including the National Archives, US Army Transport Museum and family accounts.

“I found two guys whose grandfathers were in the Red Ball Express,” he said. That gave a new dimension to the book with the personal accounts retold.

Since releasing the book on his own social media, Brizill has heard from other people with stories to tell.

“I’m really big on historical accuracy,” he said. “There was a movie made about them in 1952 that was not totally accurate. It didn’t really tell the story.”

Brizill said if his book were to be made into a movie that would be amazing.

“I would like to see this get to the big screen and to a next generation,” he said.

Red Ball Express is available on Amazon for $12.99. In fact it ranked #1 in children’s military history books with the retailer. With tons of pictures and concise writing, Brizill calls it “an easy read” for fifth grade and up.

“It was devised for people who are not readers,” he said. It includes a glossary and discussion questions for use in a classroom or book club setting.

There will be one more “Greatness Under Fire” story, he promised.

“There are so many untold stories of African Americans in World War II. There’s a void to be filled,” he said.

His first book, “Dorie Miller,” was dedicated to his two grandfathers whose tales of military service he knew well.

“One of my grandfathers was a Marine in World War II ... one was missing in action (in the Korean War) for a period of time,” he recalled.

Hopefully now that Gov. Larry Hogan is allowing all businesses to open at some capacity he hopes to make public appearances and do book signings and meet and greets.

According to the National Defense Industrial Association the Red Ball Express unit got its because red balls were placed along certain roads in Europe that had been closed to civilian traffic. The red balls marked the routes that the men in the Red Ball Express would use to bring fuel, ordnance and other supplies to the American army and its allies.