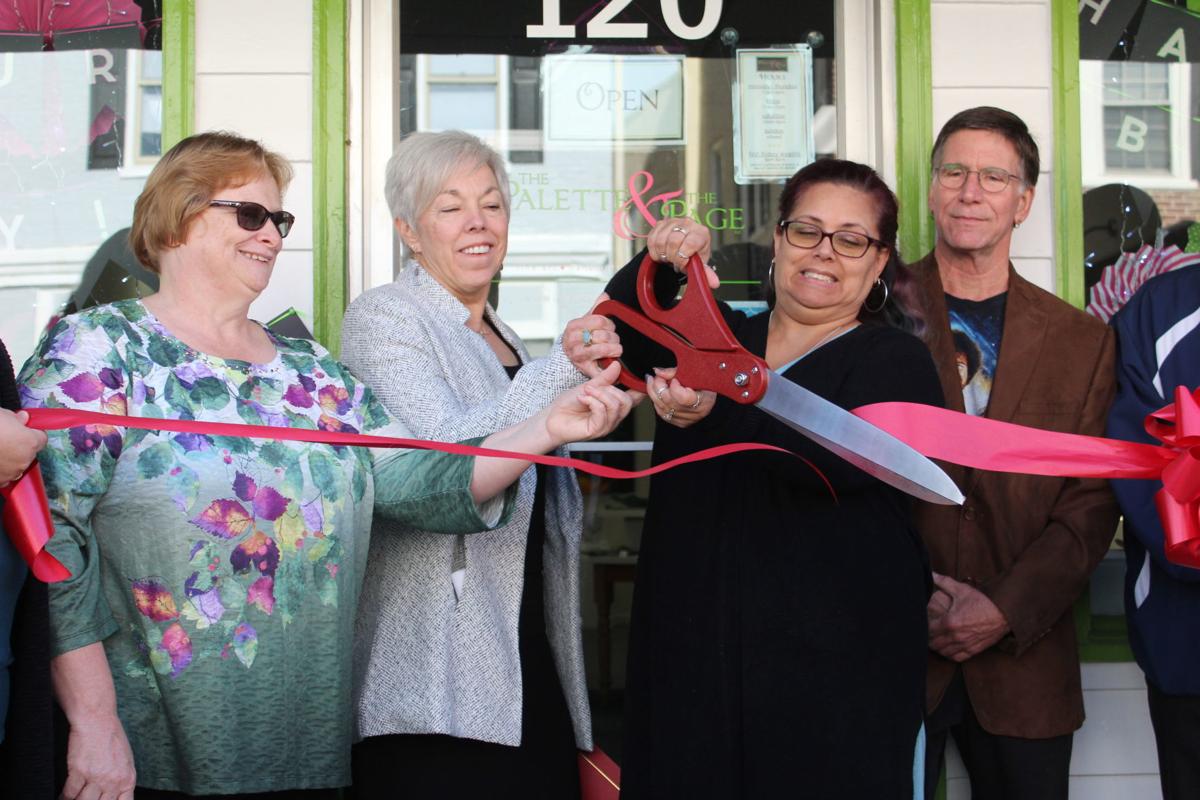 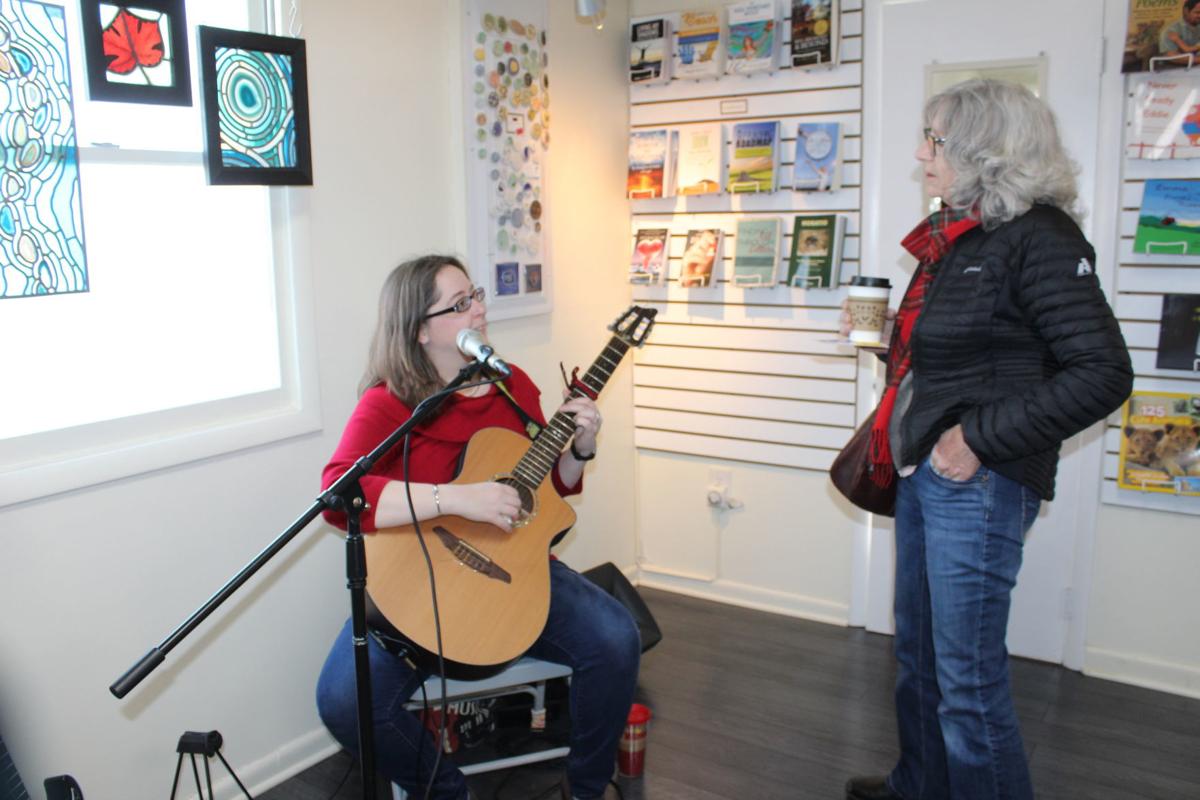 Em McKeever played her guitar as she talked with Pat D’Annunzio during the 10th Anniversary celebration of The Palette & The Page in Elkton Saturday. 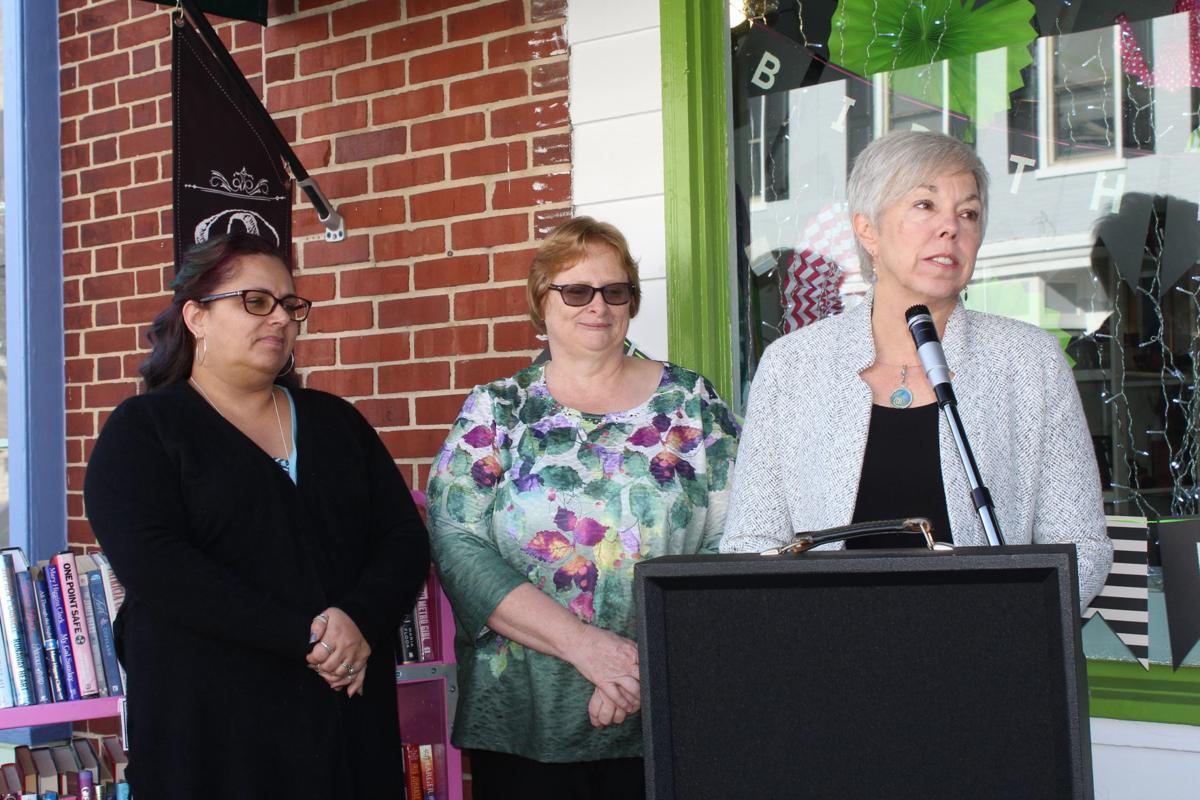 Lynn Strano Whitt and Janet Youse listen as Patty Paulus addresses the people gathered in front of their store, The Palette & The Page, Saturday morning. 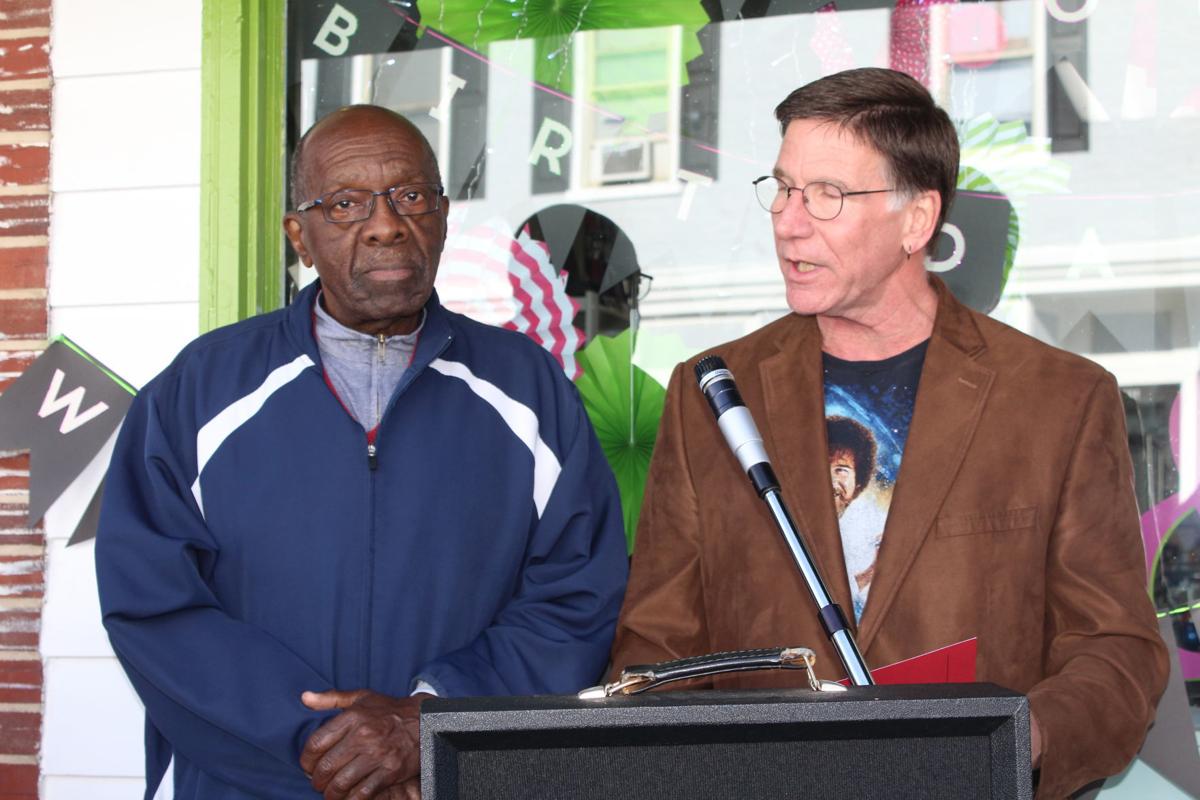 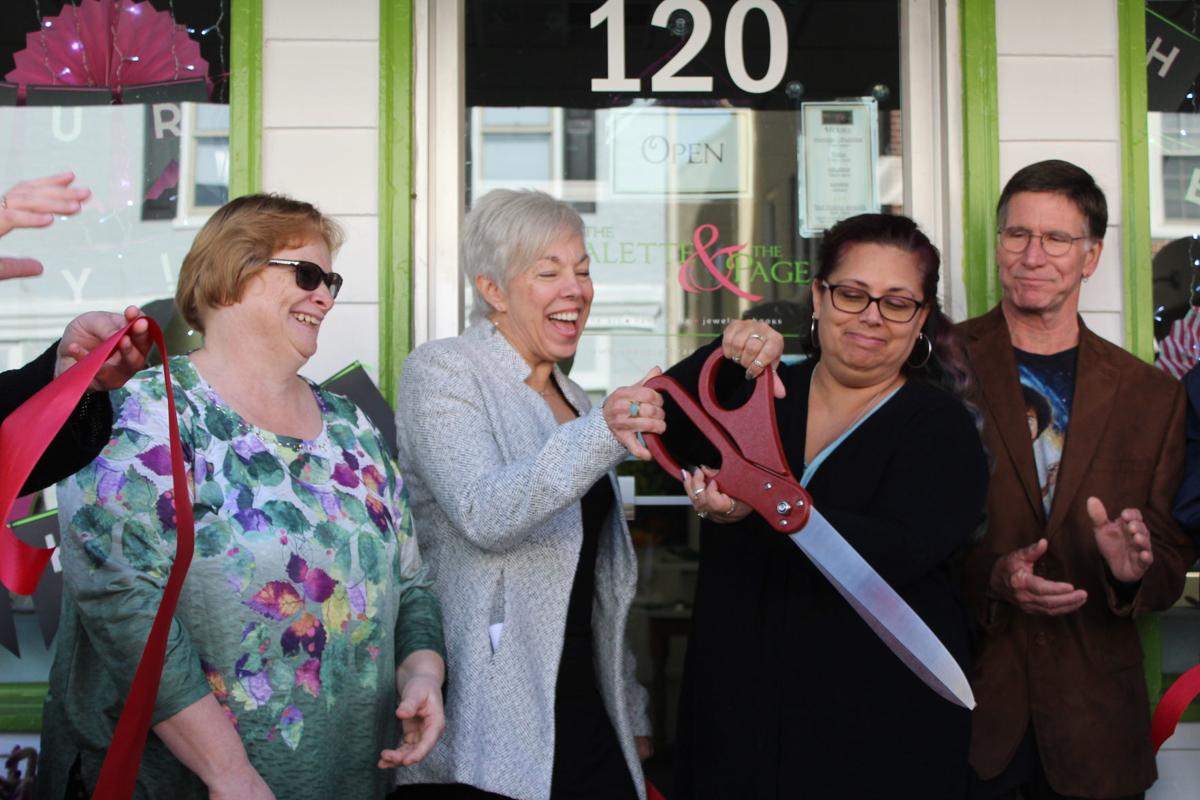 The owners of The Palette & The Page, Janet Youse, Patty Paulus and Lynn Strano Whitt, celebrate as the red ribbon is cut to celebrate their 10th year on Main Street in Elkton Saturday.

Em McKeever played her guitar as she talked with Pat D’Annunzio during the 10th Anniversary celebration of The Palette & The Page in Elkton Saturday.

Lynn Strano Whitt and Janet Youse listen as Patty Paulus addresses the people gathered in front of their store, The Palette & The Page, Saturday morning.

The owners of The Palette & The Page, Janet Youse, Patty Paulus and Lynn Strano Whitt, celebrate as the red ribbon is cut to celebrate their 10th year on Main Street in Elkton Saturday.

ELKTON — There were three sets of hands driving the ceremonial scissors Saturday morning for the ribbon cutting at The Palette & The Page.

Instead of a grand opening, Patti Paulus, Janet Youse and Lynn Strano-Whitt were marking 10 years in business at 120 East Main St in Elkton.

“Lynn, Janet and I are so happy you took time out of your lives for this moment,” Paulus told those at the gathering in front of the store. The ceremony fell 10 years to the day after The Palette & The Page opened to bring art to Elkton.

Elkton Commissioners Rob Massimiano and Charlie Givens presented a proclamation declaring Nov. 9 as The Palette & The Page Day in Elkton.

“We want to thank you. You’ve really been a shot in the arm to downtown Elkton,” Massimiano said, calling the ladies an “extraordinary group.”

All the accolades meant the trio have met their goals, Strano-Whitt said.

“We were out to change people’s perspectives of Elkton,” she said.

“I just wanted to sell books. I love books,” she said.

Now retired, Youse can be at The Palette & The Page with her books more.

Deborah Arnold studied the table full of items to be given away during the celebration and said she appreciated being part of The Palette & The Page as the author of “The Interview with the Willow Girls” and also as an artist.

“I love that there is a place in town that brings together writers and artists,” Arnold said. “This is a terrific place to come together in Elkton.”

It was The Palette & The Page that birthed First Fridays in Elkton. The ladies have since added Artful Tastings, which supports their art endowment project in coordination with Cecil College.

“It’s just like a party one or two times a month,” Youse said.

“First Fridays is what we depend on,” Paulus said. It has now turned into an art loop in Elkton. For that she credited the late Mary Jo Jablonski. Jablonski, who passed away earlier this year, was the executive director of the Elkton Chamber and Alliance and the driving force behind the renaissance of downtown Elkton.

“She had a dream and she put it out there,” Paulus said. “And we are still here 10 years later.”