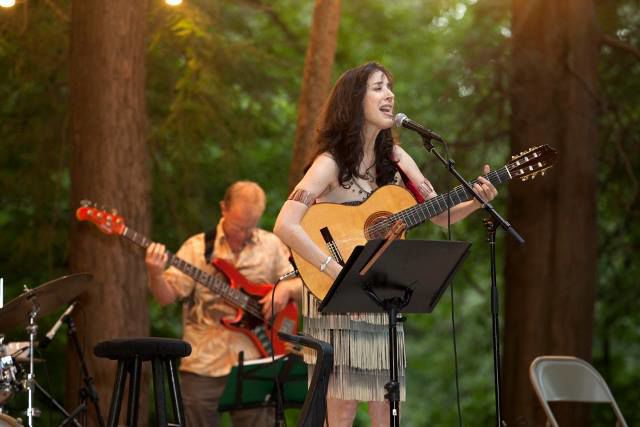 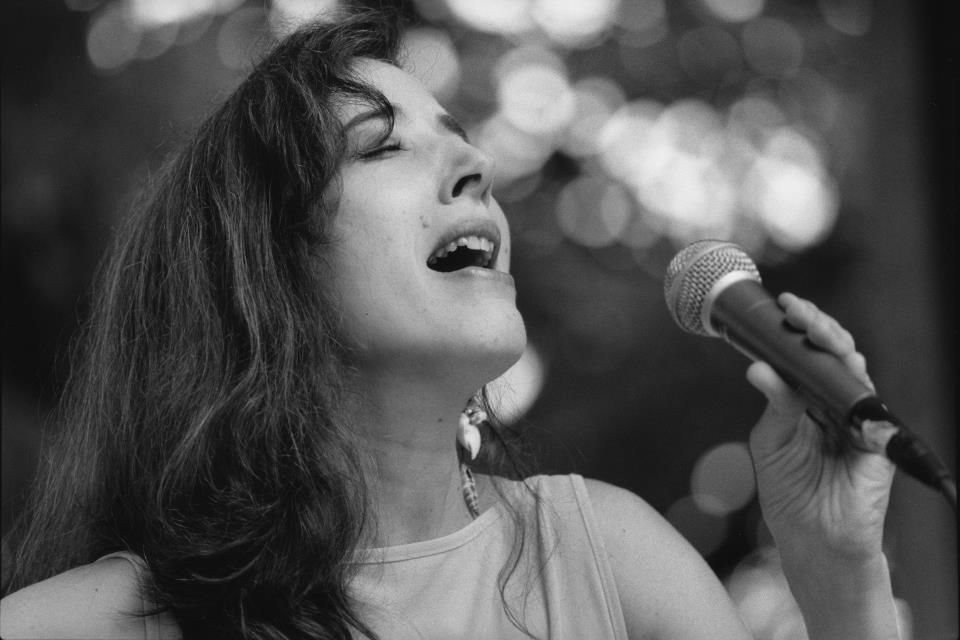 Phyllis Chapell performs at the Lake George Jazz Festival in Lake George, N.Y. Chapell will be performing at the North Elk Coffee House in North East on Saturday, Oct. 19. 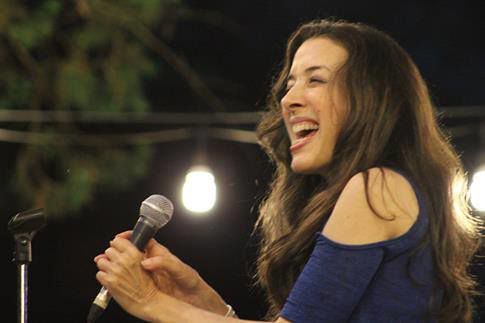 Phyllis Chapell performs at the Lake George Jazz Festival in Lake George, N.Y. Chapell will be performing at the North Elk Coffee House in North East on Saturday, Oct. 19.

NORTH EAST — Phyllis Chapell can sing in about 13 languages, but for her the universal method of communication is music.

Growing up in a Jewish household, Chapell was able to speak Hebrew and Yiddish, and she even picked up a bit of Ladino — a Judeo-Spanish language spoken by Spanish Jews who were later expelled from the country in the late 15th century. Then in school, she studied and became quite proficient in Spanish.

Since then, Chapell has sung in all of those languages and a smattering of others such as French, Italian, Russian, Portuguese, Arabic and Farsi — though she only sings a handful of songs in some of those.

Chapell said she was always attracted to performers who sang in different languages, so it felt right for her to do the same.

“I always looked out into the world,” she said. “I never stayed in the borders of the United States. I always was looking outward.”

When she was developing as a young musician, Chapell drew influence from folksingers from the 1960s and she later found her muse in Joni Mitchell.

“She really rocked my world,” she said.

In addition to folk music, Chapell also found herself listening to jazz and pop. Eventually, she was drawn to the rhythms of Brazilian music, which led her back to jazz.

“There’s a lot of jazz in the Brazillian bossa novas and the work that was being done in ’60s and ’70s,” she said.

Today, she listens to anyone from singers like Billie Holiday and Ella Fitzgerald guitarists like João Gilberto.

Chapell credits a large part of her love for foreign music to a bilingual man who she was married to and who passed away about 8 years ago.

When she is singing in a non-English language, Chapell said she strives to stay true to that culture.

“I try to be as authentic as I can in terms of pronunciation,” she said. “I don’t pronounce the languages like an American would. I try to learn how to pronounce things but I don’t always know. I try to really understand what it is that I am singing.”

NECH audience members can expect songs from around the world at Chapell’s performance, but she said she will likely have a few originals up her sleeve too.

When she writes her own songs, Chapell said she gravitates toward more positive themes and topics.

“I think I might have made a subconscious decision to not write really sad songs because life is so sad,” she said. “I try to find songs of inspiration.”

Some of Chapell’s songs are about love, some are about getting over difficult times and finding joy, and others are about finding one’s inner voice and letting it out. But in all of her music, Chapell aims to sing from the heart.

“They kind of come out of me every once in awhile when something happens … I try not to be too cliche. I try to make poetry,” she said.

So far, Chapell has traveled to Brazil, Mexico, Ecuador, France, Italy, Israel, Switzerland, the Carribean and across the United States. Next, she would like to explore the Far East.

Chapell said she can’t pick her favorite place she has visited or language she sings in — it’s like picking a favorite child. Each one is unique and allows her to unlock a different part of herself, she said.

“It does change you,” she said. “You’re never quite the same after you’ve traveled.”

Chapell has visited the NECH a few times before and said she loves it there.

“The people there are so warm and wonderful,” she said.

With her performance on Saturday, Chapell said she will be taking audiences members on a journey and hopes they will be along for the ride.

“I’ll take them on a journey around the world and a journey to different places of your heart and soul … I think we’ll have a great time together,” she said.