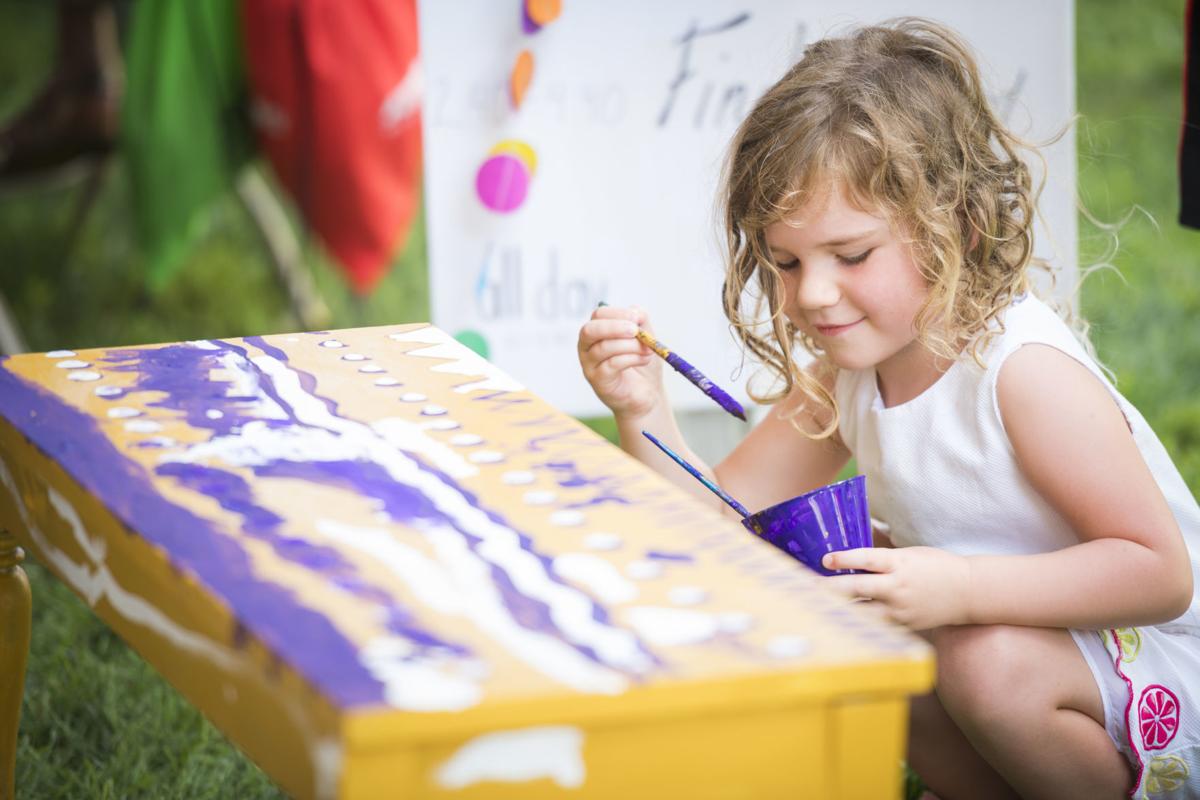 A young attendee paints a table during the Oxford Connective Art & Music Festival in 2018. 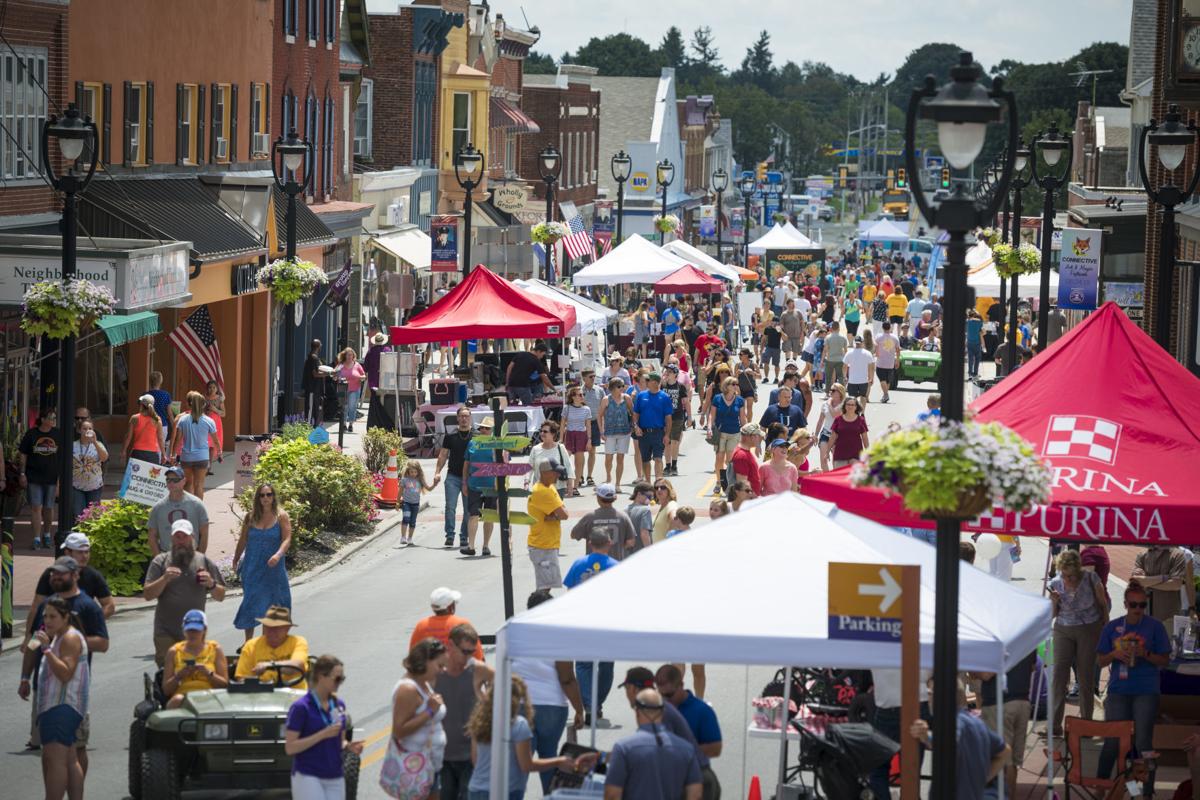 Crowds stroll through the Oxford Connective Art & Music Festival in 2018. 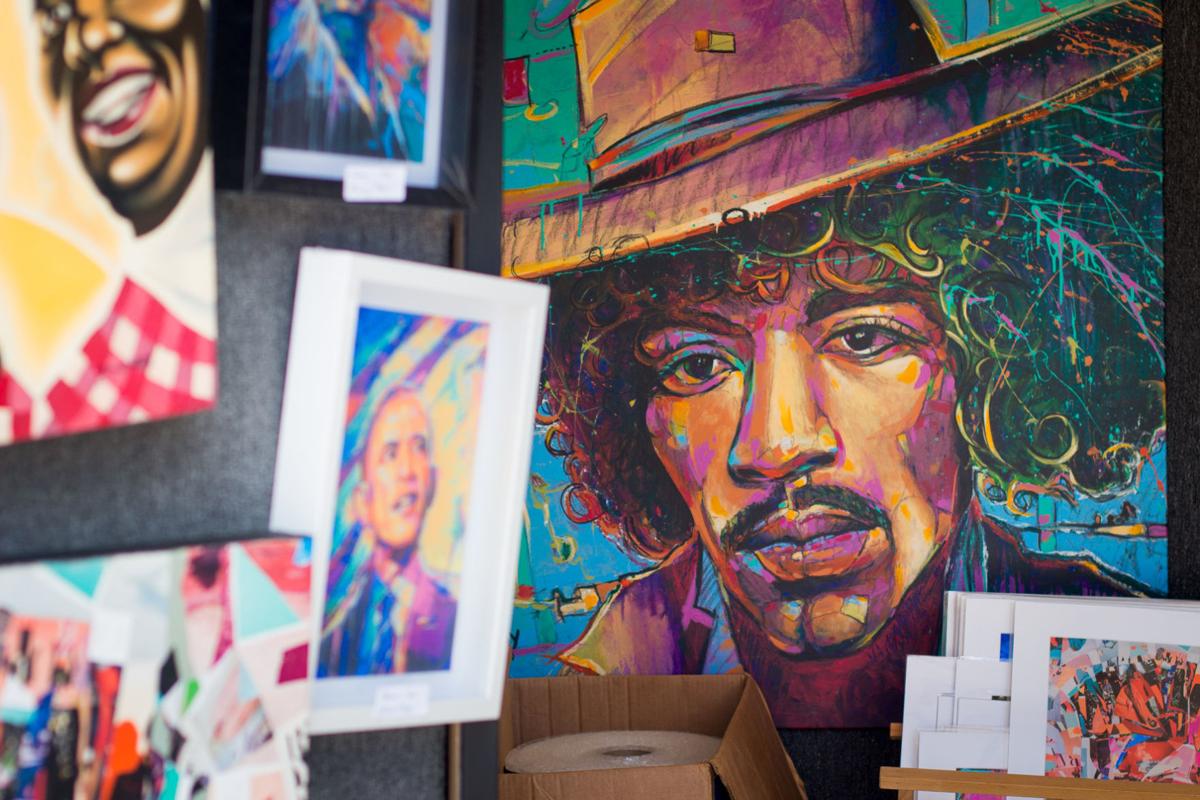 Artwork by Damon Gray hangs in the Oxford Connective Art & Music Festival in 2018. 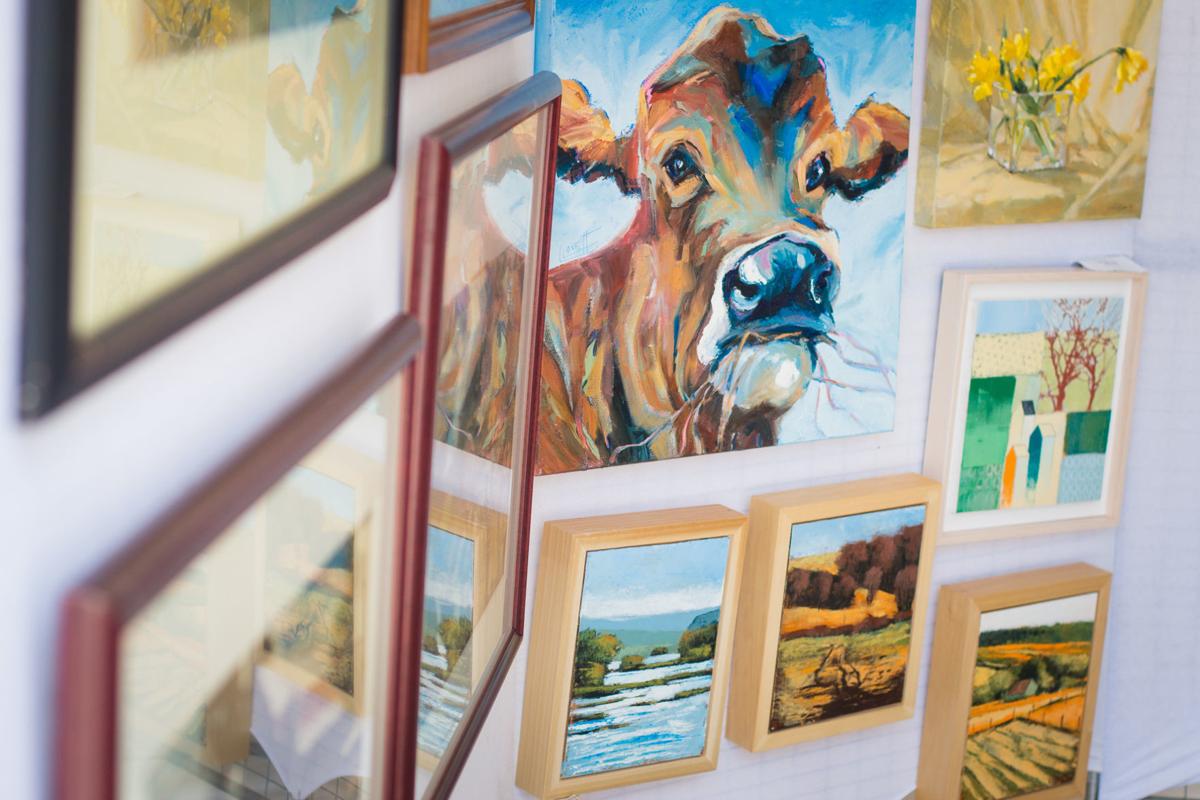 Artwork by Temre Stanchfield hangs in the Oxford Connective Art & Music Festival in 2018. 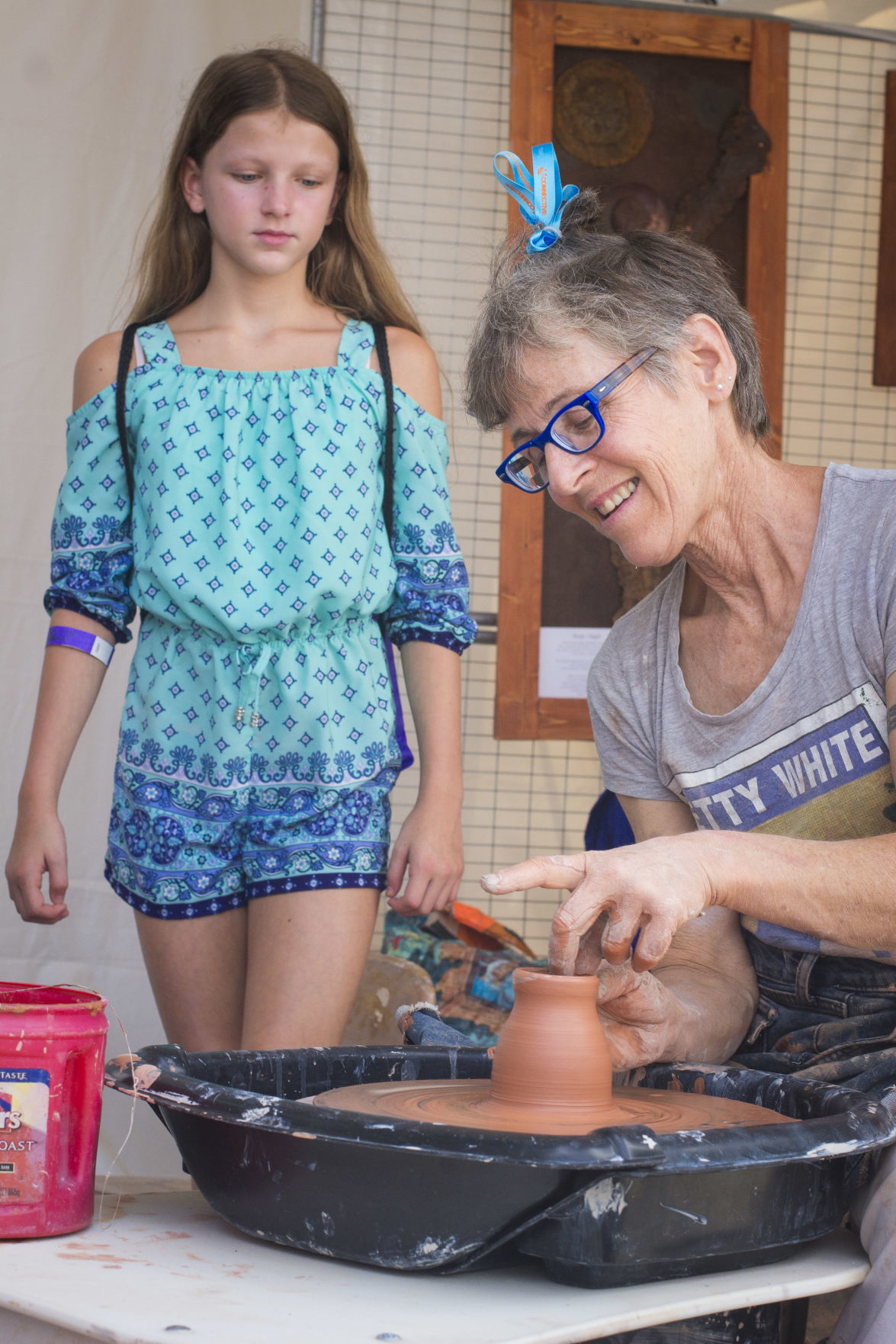 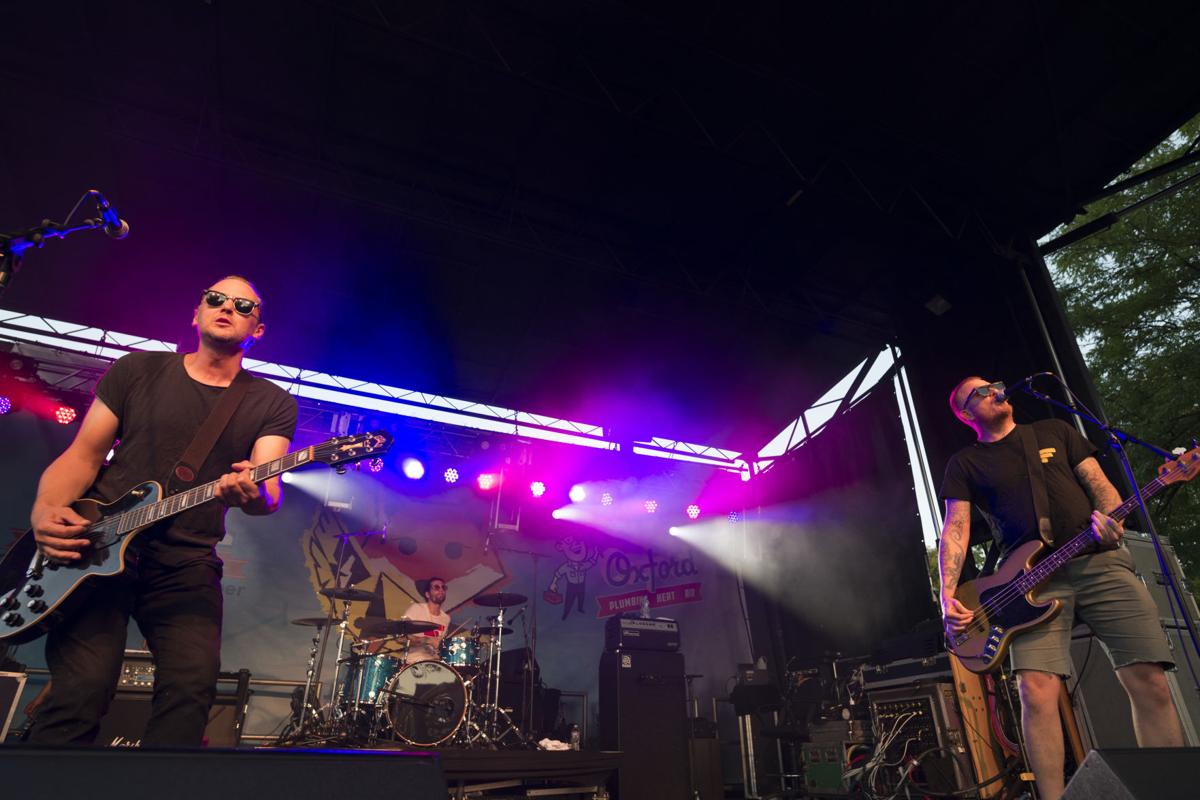 The band Eve6 headlines the Oxford Connective Art & Music Festival in 2018. This year’s Main Stage headliner will be Blind Melon. 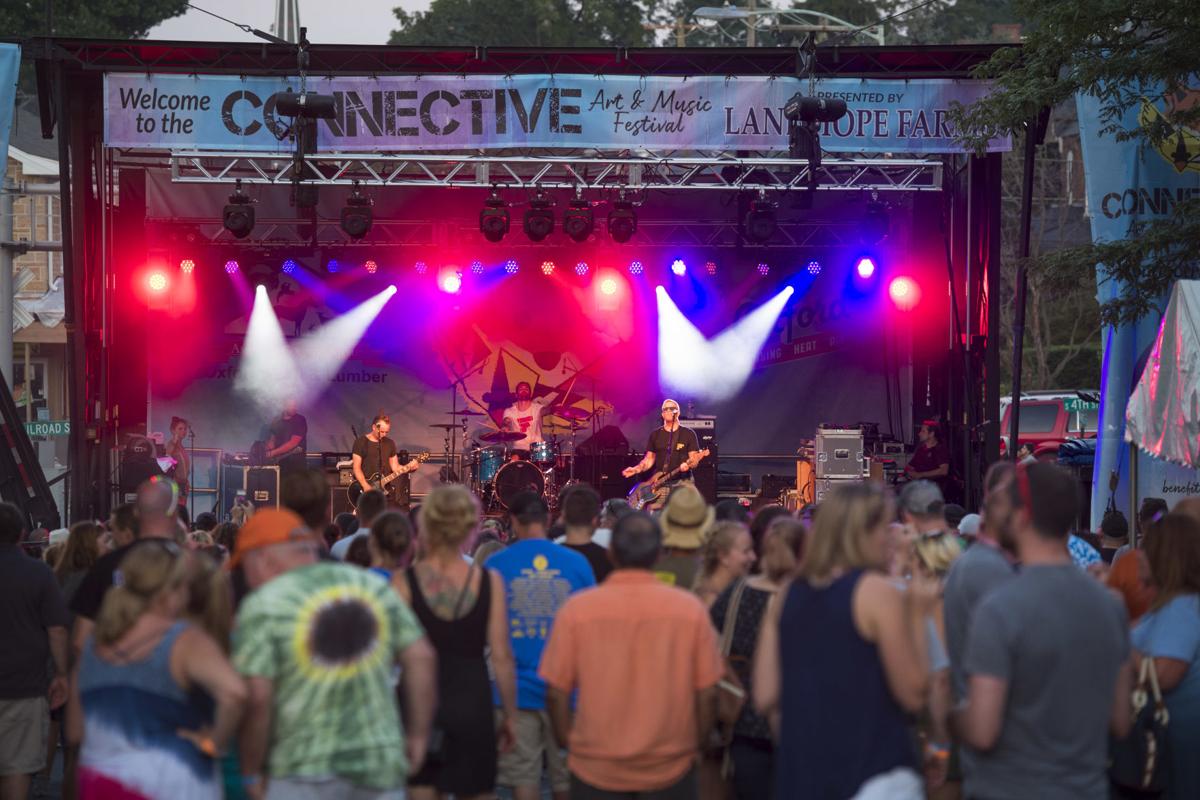 A band performs on the Main Stage at the Oxford Connective Art & Music Festival in 2018.

A young attendee paints a table during the Oxford Connective Art & Music Festival in 2018.

Crowds stroll through the Oxford Connective Art & Music Festival in 2018.

Artwork by Damon Gray hangs in the Oxford Connective Art & Music Festival in 2018.

Artwork by Temre Stanchfield hangs in the Oxford Connective Art & Music Festival in 2018.

The band Eve6 headlines the Oxford Connective Art & Music Festival in 2018. This year’s Main Stage headliner will be Blind Melon.

A band performs on the Main Stage at the Oxford Connective Art & Music Festival in 2018.

OXFORD, Pa. — For worldly art and music selections, one need not travel much further than 5 miles over the Maryland-Pennsylvania line to the second annual Oxford Connective Art & Music Festival on Saturday, Aug. 3.

“There really is this vibrant art and music culture in town, so the idea of the festival was to bring that to light and expose the people who live in Oxford and in the surrounding areas to all these different types of bands and artists who they may not have otherwise been able to see,” she said.

Ticket prices are $10, which will grant you access to the festival for the whole day from 10 a.m. to 10 p.m. Kids 5 years old and younger get in for free.

Bailey said the festival has something in it for everybody to enjoy, no matter your age.

Although the festival itself officially begins that Saturday, Bailey said there will be companion activities Friday, Aug. 2, as part of the town’s free First Friday event.

Social Ruins, Vicious Cycle, Mrs. Kitching, Swing That Cat, Downforce and Castle of Ink will compete in a Battle of the Bands on Friday. The winner of the competition will go on to open for the Main Stage performers on Saturday.

The headliner band Friday will be Blues Reincarnation Project, while children’s performer Rick Waterhouse, who uses puppets and music in his act, will also perform that night.

Muralist Derrick Noel will begin a public mural on Friday which he will continue working on into Saturday.

Bailey said the festival organizers wanted to have an artist create a new mural each year to add to the artwork in downtown Oxford.

“We wanted to be able to leave a lasting impact of the festival so that it didn’t happen one day and then you forget about it,” she said. “The idea was by doing some public murals in town, it would leave a lasting legacy.”

She added that Noel has a different style than the other murals around town, which will add a unique flavor to the downtown scene.

On Saturday, the festival will feature music, art, food and family-friendly activities from a diverse range of backgrounds.

The Americana Stage will include roots, blues and country from Morgan Pinkstone, Colebrook Road, Rylan Brooks, Gooch and the Motion, and the David Wax Museum duo.

Meanwhile, the World Stage will feature music from a variety of cultures ranging from Celtic to Brazilian carnival, Mexo-American to reggae. Those musicians include Poor Man’s Gambit, Eva Salina and Peter Stan, PhillyBloco, the David Wax Museum duo again, and Jah People.

In the afternoon, the Battle of the Bands winner will perform on the Main Stage followed by Trout Fishing in America, Ali Awan, The National Reserve, Swift Technique and headliner Blind Melon, which is best known for its ‘90s rock hit ”No Rain.”

In addition to all of its musical performers, the festival will also feature a robust art presence.

“Last year, we had our gallery row of all the artists, which was hugely popular, so we’ve expanded that and we’ve also added a world market this year with some more world artisans,” Bailey said.

In the world market, attendees will be able to find everything from Latin beaded jewelry to textiles to bonsai and an abundance of other art, according to Bailey.

The festival will have an area dedicated to younger children with story time, kids yoga, and make-and-take craft projects. There will also be a more teen-centric area with henna tattoos, a graffiti artist demonstration and even an opportunity to make their own graffiti using spray chalk paint.

At least 17 food trucks and vendors will be on hand to keep festival-goers nourished with their food of choice such as barbecue, southern comfort, Italian, Argentine, Polish and ice cream.

There will also be adult beverages from local craft breweries and wineries, according to Bailey.

The festival’s mascots are the fox and the finch — two unlikely friends who Bailey said are representative of the festival’s mission of bringing different people together for the common goal of enjoying art and music.

“Basically it’s just two animals that normally would not interact or be friends. But by having this creative outlet, they’re brought together,” she said. “It kind of relates to Oxford Mainstreet as an organization working with Oxford Arts Alliance as an organization. We both have our own specific missions, but in working together we can create something beautiful. It’s kind of connecting the Oxford community with other artists and bands they may not know … [and] connecting visitors to the town.”

For a full schedule and more information about the festival, people can visit https://www.connectivefestival.org/.