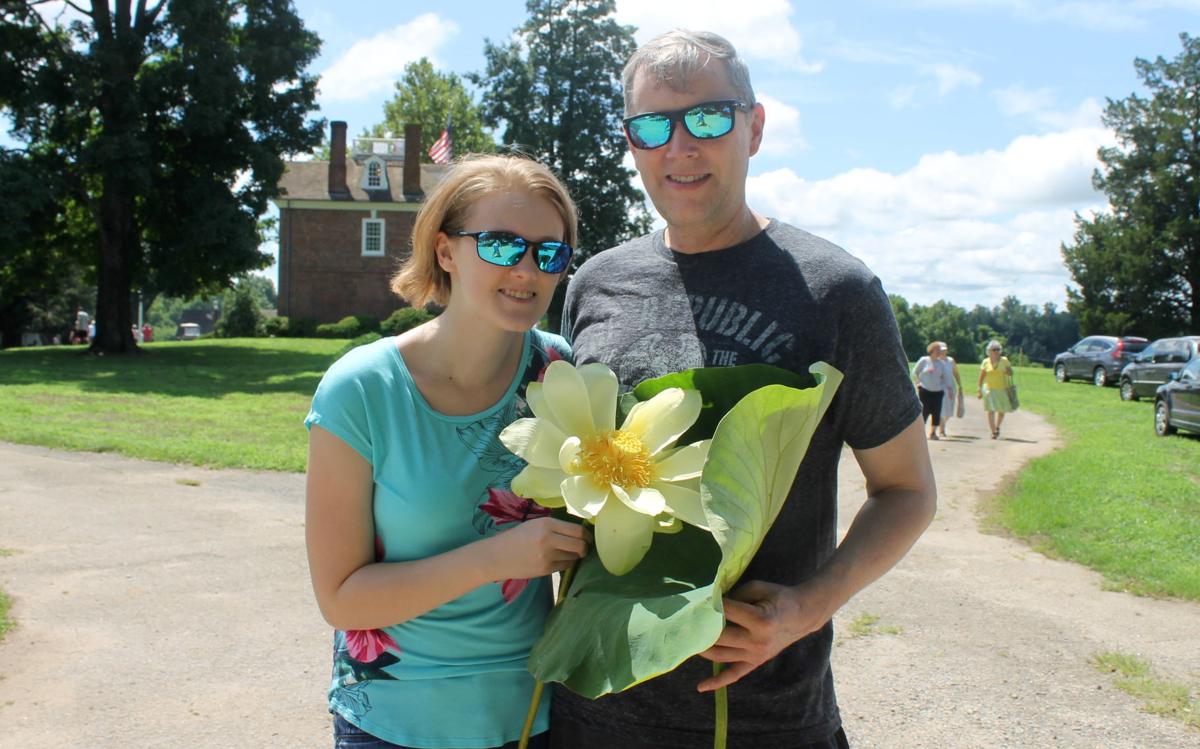 With the Manor House in the background, Middletown, Del., residents Brian Willson and his daughter, Madeline, 17, hold a lotus blossom and leaf at the Mount Harmon Plantation during the 2018 Lotus Blossom Festival. 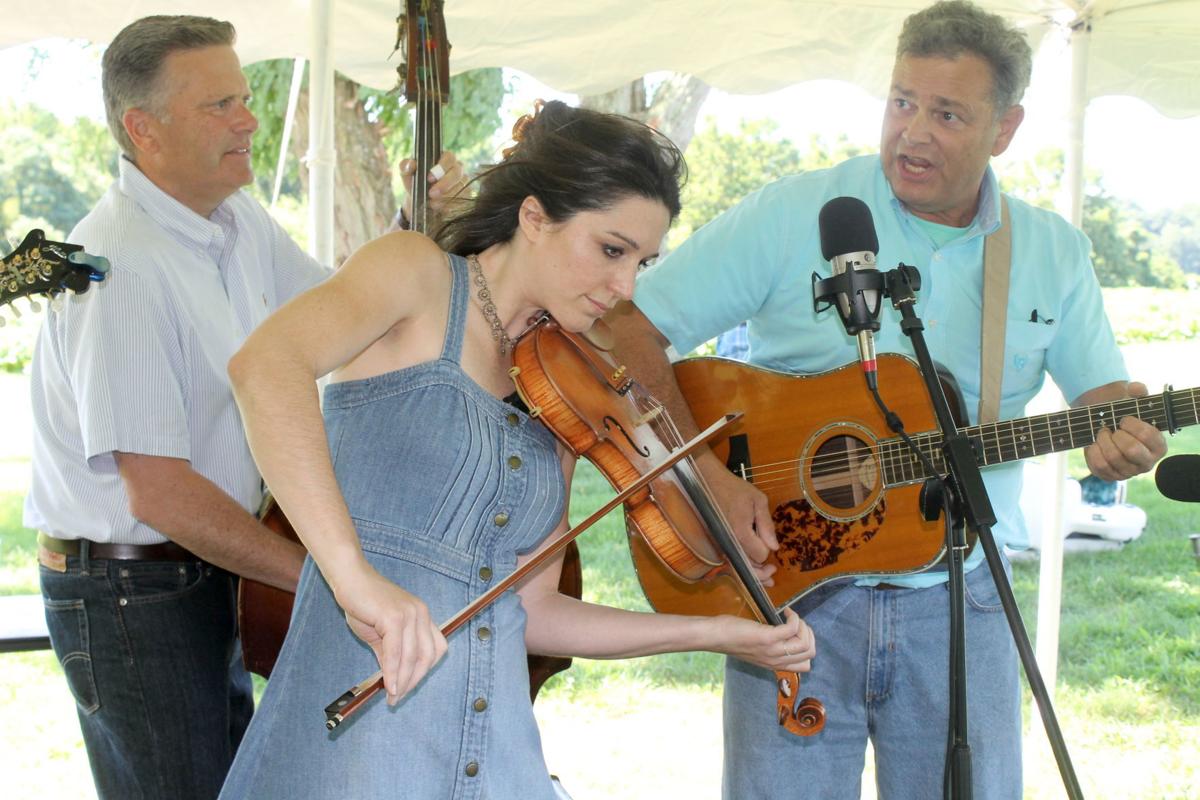 The fiddler plays her part as the Mayo Family Band performs a bluegrass number at Mount Harmon’s Lotus Blossom Festival in 2018. 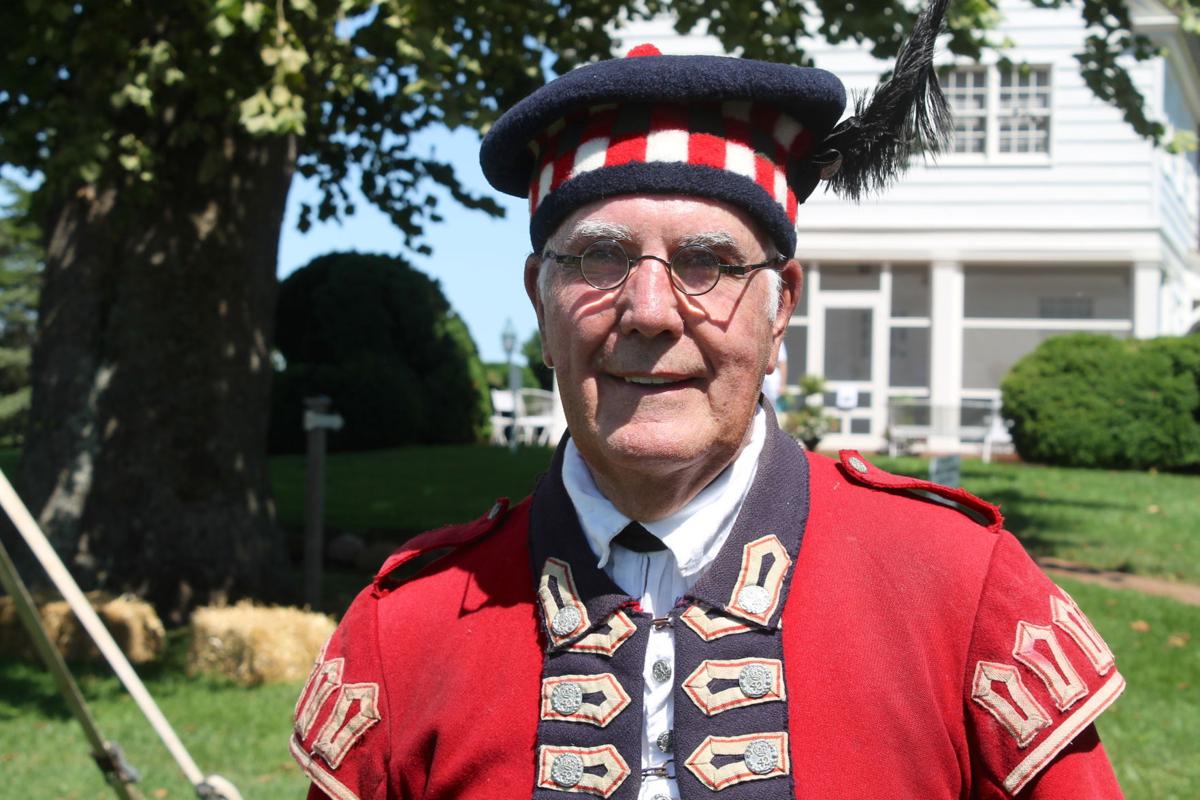 Pennsylvania resident Jim Maclay shows off his Scottish Grenadier soldier uniform, while standing outside the Manor House on the Mount Harmon Plantation during the 2018 Lotus Blossom Festival.

With the Manor House in the background, Middletown, Del., residents Brian Willson and his daughter, Madeline, 17, hold a lotus blossom and leaf at the Mount Harmon Plantation during the 2018 Lotus Blossom Festival.

The fiddler plays her part as the Mayo Family Band performs a bluegrass number at Mount Harmon’s Lotus Blossom Festival in 2018.

Pennsylvania resident Jim Maclay shows off his Scottish Grenadier soldier uniform, while standing outside the Manor House on the Mount Harmon Plantation during the 2018 Lotus Blossom Festival.

EARLEVILLE — In honor of the largest water lily in North America, Mount Harmon’s Lotus Blossom Festival on Saturday, Aug. 10, will feature the event’s eponymous flower, an array of artisans and craft vendors, colonial living history, bluegrass music and much more.

The Mount Harmon Plantation will host the annual festival from 10 a.m. to 4 p.m. rain or shine at the historic manor house and 200-acre nature preserve in Earleville. Admission will be $5 for Friends of Mount Harmon members and free for children 12 years old and younger.

Paige Howard, executive director of the Friends of Mount Harmon, said the festival showcases the lotus blossoms as well as the many other sights and activities that Mount Harmon has to offer.

“The inspiration is the lotus blossoms which are blooming at their peak bloom in early to mid August. Because Mount Harmon’s really all about history and nature, this is really our big festival that celebrates that wonderful part of Mount Harmon,” she said.

According to Howard, the lotus blossoms are about the size of a cantaloupe and produce a bright white flower.

“They’re beautiful white water lilies with really enormous green lilly pads, so they’re just gorgeous and they create kind of a whole surface over the water so that it almost looks like you could skip over the top of them,” she said. “They’re really rare, but when they like an area they bloom in profusion and they’re just beautiful.”

Visitors will be able to go on a plantation wagon ride to see the lotus blossoms on the Foreman Creek side of the preserve.

“We found that offering the plantation wagon rides is a great way to get folks to get really great views of where they are,” Howard said.

According to Howard, the Scottish Highland Brigade will also be at the festival, featuring a Scotttish encampment on the grounds and bringing history to life inside the manor house.

“It’s a really neat opportunity to have a tour of the manor house but then also see the living history inside the house so that you’re actually kind of travelling in time,” she said. “Instead of having a modern docent as your guide, you’ll see colonial living historians bringing our history to life in the manor house and the history of Mount Harmon’s colonial families: the Louttits and the Georges.”

Members of a British brigade will also have a Hessian tavern set up where people can sample tavern fare that would have been common during the Colonial Era, according to Howard.

New this year will be Mount Harmon’s newly recreated slave quarters, where people can learn about the conditions that the tobacco plantation’s slaves and indentured servants had to live and work in during the Colonial Era.

Attendees can view and purchase items from artisan vendors, craftspeople and local authors who will be selling everything from decoys to handcrafted jewelry to ceramics to textiles and more, Howard said.

“It’s really a neat day to come down and get a special treasure for a friend or maybe for someone for Christmas or a special occasion,” she said.

Two bands, High Lonesome & Blue and the Mayo Family Band, will regale listeners with live bluegrass music throughout the day.

Meanwhile, people can get something to eat or drink from the Crave and Maryland in a Can food trucks, locally crafted ice cream from Woodside Creamery, and artisan wine and craft beer from Crow Vineyard & Winery and Bayheads Brewing Company, according to Howard.

There will be wool spinning demonstrations with heritage goats, so people can see the process by which wool is obtained and spun, Howard said.

“It will give people the idea that wool doesn’t just come from a store. It actually comes from a living animal,” she said.

At the festival, Howard said people will be able to find a variety of family-friendly activities that visitors of all ages can enjoy.

“If folks haven’t been to Mount Harmon before or they haven’t been for a few years, we’d love to encourage folks to come to the Lotus Blossom Festival,” she said. “It’s a gorgeous day to be outside and enjoy Mount Harmon’s beautiful grounds, tour the beautiful historic buildings, and then also enjoy all our artisan vendors and nature exhibitors.”

Proceeds from the event benefit the preservation and maintenance of the historic Mount Harmon site.

There will also be a Lotus Blossom Paddle at Mount Harmon from 9 to 11:30 a.m. on Friday, Aug. 16. The paddle, which will be guided by the Sultana Education Foundation, costs $30 per person and pre-registration is required. To register visit www.sultanaeducation.org.