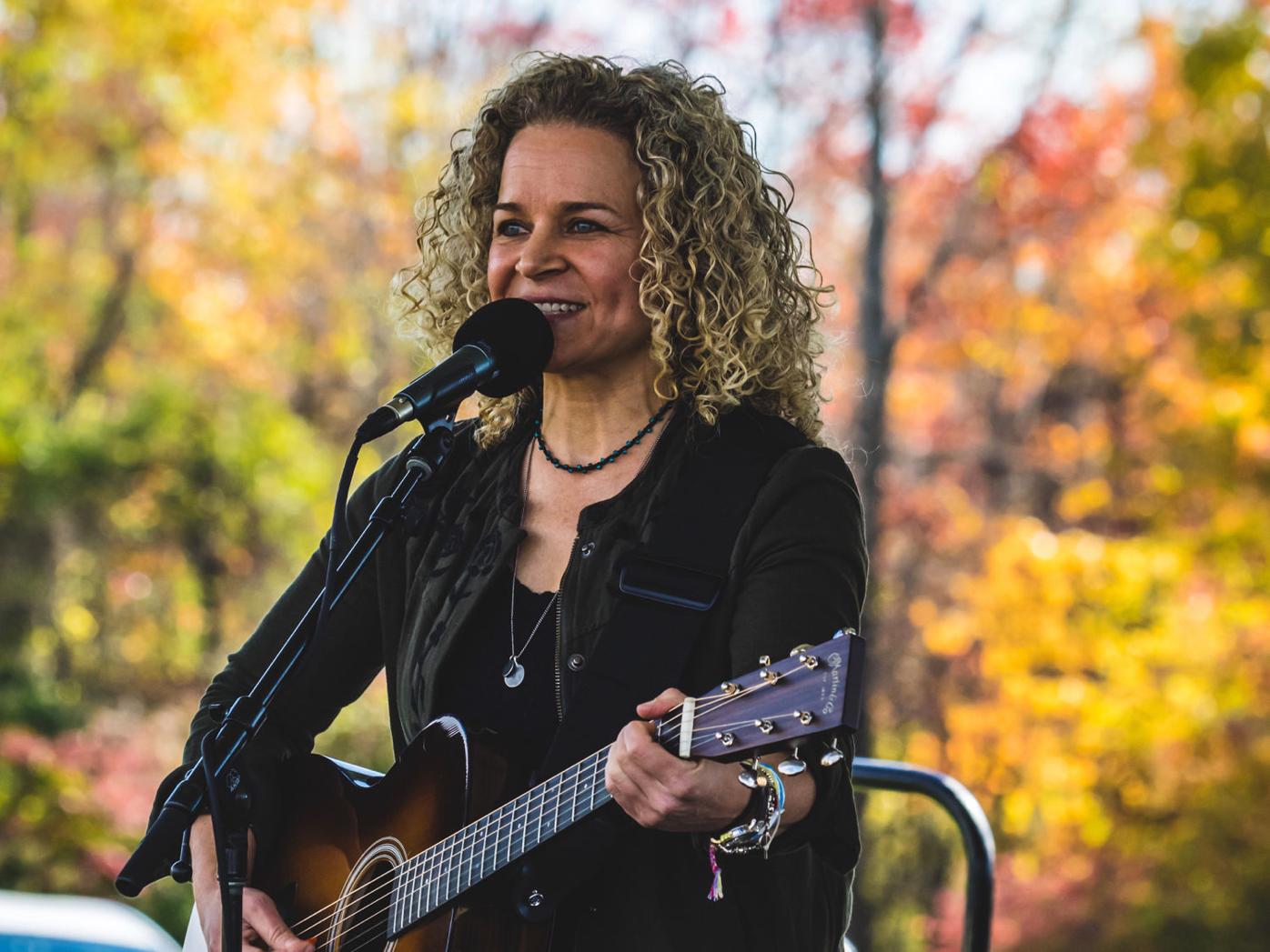 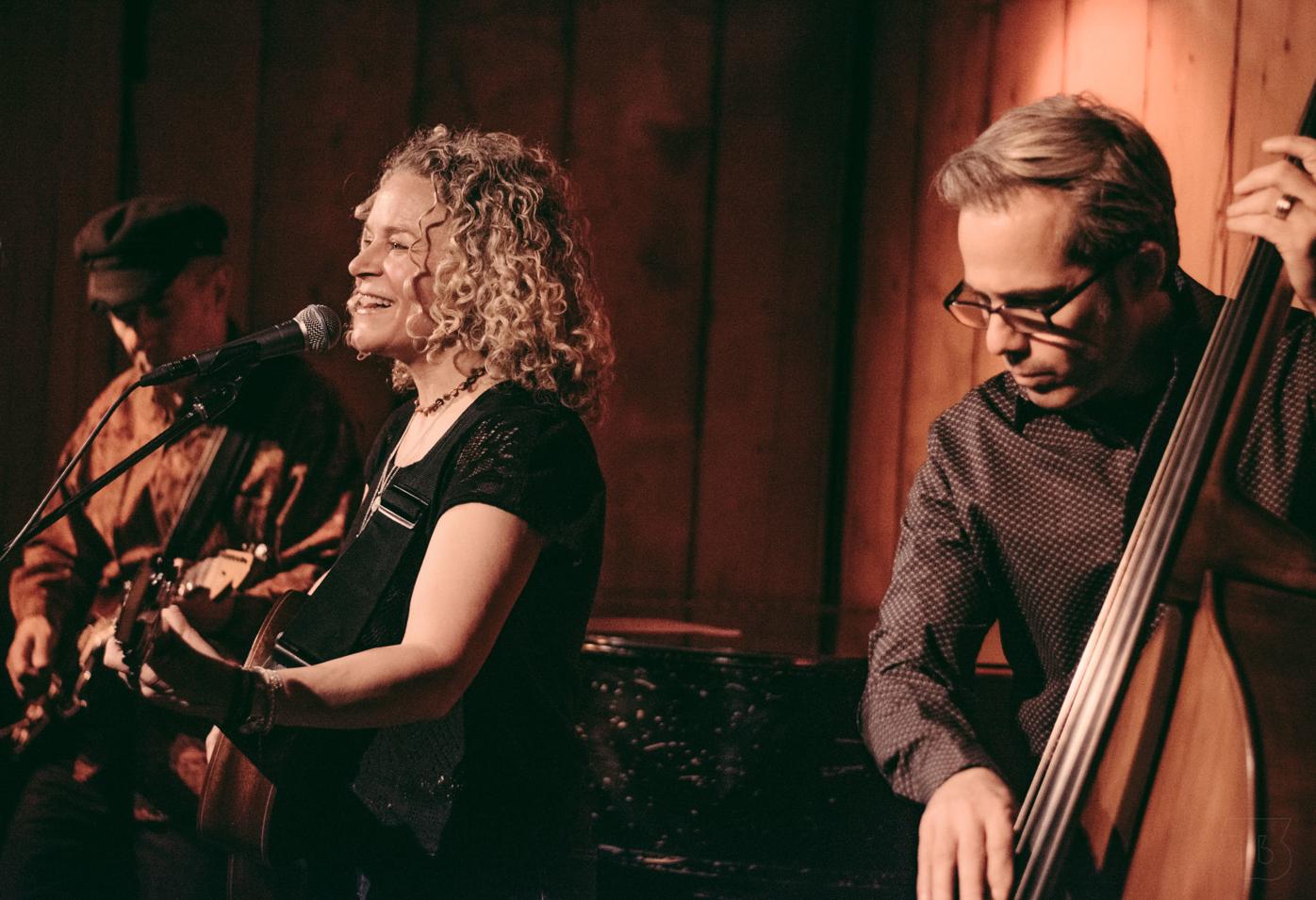 Lara Herscovitch & The Highway Philosophers perform in May 2019 at Rockwood Music Hall. 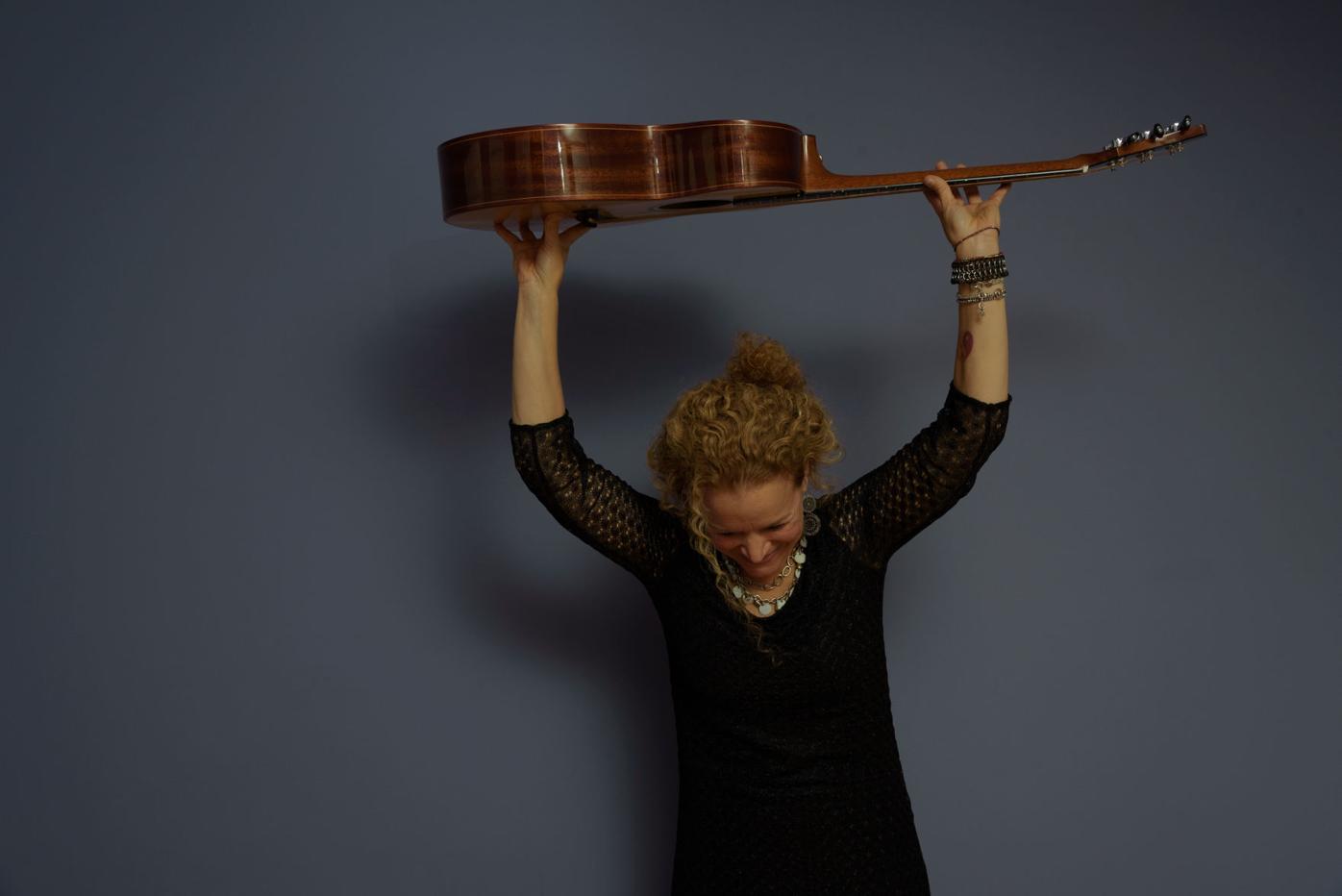 Lara Herscovitch strive to lift people up with her music.

Lara Herscovitch & The Highway Philosophers perform in May 2019 at Rockwood Music Hall.

Lara Herscovitch strive to lift people up with her music.

Like the other 7.5 billion human inhabitants of this little big planet, Herscovitch will tell you that she’s just trying to figure it out like everyone else. But the answers she has managed to unlock are about the value of truth and the power of sharing stories with audiences through music.

“Regardless of what subject area I’m writing about, I’m trying to tell the truth to myself as well as anybody who’s listening,” she said. “I find that when I get really specific about telling the truth, it’s always universal because we’re all human beings listening and the human experience is the shared experience.”

Herscovitch is working on her latest album, the aptly titled “Highway Philosophers,” which is set to be released in about a month. While the album does not yet have a concrete release date, listeners can stay up to date at laraherscovitch.com.

In the meantime, music-lovers can get a taste of Herscovitch’s stories and sounds when she performs Saturday, Feb. 15, at the North Elk Coffee House at St. Mary Anne’s Episcopal Church, located at 315 S. Main St. in North East. Doors will open at 6:45 p.m. and the show will begin at 7:30 p.m.

That cause happens to be close to Herscovitch’s heart. After graduating from the University of Massachusetts with her bachelor’s degree in political science, Herscovitch decided to apply to the Peace Corps.

But as part of her application, Herscovitch needed to have volunteer experience, so she volunteered at a local homeless shelter.

“That experience changed everything,” she said. “I guess I just felt called to do work that was specifically targeting lifting people up and helping each other.”

After college, Herscovitch applied and got into law school. But after working as a paralegal at a law firm where several attorneys shared their displeasure with their jobs, she charted a new path in social work policy.

Herscovitch earned her Master of Social Work in policy from the University of Connecticut and pursued a career in the nonprofit sector, doing international development work and traveling overseas to expand access to educational opportunities around the world.

Herscovitch has been writing her own songs since she was 10 years old, playing on her family’s piano. Unable to bring a piano with her as she traveled the globe, however, she brought a guitar instead and realized that she wanted to pursue music more seriously.

Initially, Herscovitch was traveling to places where she didn’t speak the primary language, but she was able to communicate through the universal language: music.

“Music really just connected people immediately, even if we were not singing in the same language,” she said.

Herscovitch said her experiences in social work policy around and getting to travel the world had a profound influence not only on her music, but also on her as a human being. Doing work that is focused on human and environmental needs and vulnerabilities is at the heart of American folk music tradition, she said.

“It’s influenced my music in terms of what I know, what I see, what I feel, what I hear, and therefore what I write about,” she said. “I think it expanded my horizons and made my heart bigger and more understanding of the human condition than I would’ve been without doing all that work.”

Herscovitch describes her musical style as modern American folk meets troubadour lyric poetry with flavors of jazz, blues and pop in the mix. But she said finding that blend was never a conscious decision.

“I was never really intentional about it,” she said. “I would say I followed the guitar more than I led the guitar there.”

Although she has numerous musical inspirations, Herscovitch said her three biggest influences are James Taylor, Shawn Colvin and Rubén Blades.

Herscovitch said she the honesty and direct communication of Taylor’s music were extraordinary in her formative years.

Then, when she was in college, Herscovitch said the wave of female singer-songwriters hit, with musicians like Colvin, the Indigo Girls, Sarah McLachlan, Tracy Chapman, Melissa Etheridge coming onto the music scene. Those women showed her that she could carve out her own career in music.

“That was the first time that I realized that I could do that. It just didn’t occur to me before then,” said Herscovitch, adding that Colvin’s album “Steady On” was pivotal for her.

While Herscovitch was working in Latin America as part of the Save the Children organization, she discovered Blades’ music.

“What inspired me about him wasn’t just his artistry, but it was that at that time I was working full time in the nonprofit sector. He is a person who all at the same time is an advocate, a songwriter, an actor, a band leader, a nonprofit professional. He helped me see that we, any one of us, we don’t have to just be one thing.”

“I really felt like I was living two lives where Monday through Thursday I was in more formal clothing, testifying to the Connecticut State Capitol to try to keep children out of the juvenile and criminal justice system. Then Friday, Saturday and Sunday, I was wearing blue jeans and cowboy boots and singing songs about all that,” she said.

Through learning about Blades, Herscovitch realized that she could not only be a professional musician and a policy social worker at the same time, but that each role could help her be stronger in the other.

In her music, Herscovitch covers a plethora of themes and topics, such as mass incarceration and the criminalization of children and adolescent behavior; personal stories; silly songs that people can laugh along with; and romantic, familial and community connections. But she said the common thread in all of her music is authenticity and integrity.

“Highway Philosophers” will be Herscovitch’s first album since she left full-time nonprofit work. She said she has become a better singer, guitar player and performer than she was when she released her first album 20 years ago and that this album will prove it.

The album will also show how happiness can coexist with — and even empower — the fight for justice, according to Herscovitch.

“There’s a joy on this album that really feels palpable, even while I’m recognizing that there are lots of things to still improve about this world … The moral arc of the universe is still bending towards justice and it still needs our help to continue that course. And I feel more aligned with my own contribution and why I’m here. I think that will show. I think listeners will hear that,” she said.

From 2009 to 2010, Herscovitch served as the State Troubadour of Connecticut, similar to a poet laureate but for music. In that role, she served as an ambassador for music and cultural literacy and awareness for the state and performed at special events such as the state of Connecticut’s 350th birthday party and the governor’s arts awards ceremony.

Today, Herscovitch continues to advocate for the arts and any other way that people can find their purpose in life. In addition to touring and performing, Herscovitch also teaches budding songwriters how to hone their craft, including a songwriting workshop at the Omega Institute for Holistic Studies in Rhinebeck, N.Y., this fall.

“I’ve noticed recently that I’m excited about inviting other people into their own unique gifts and strengths and talents,” she said. “This world needs every single one of us to shine.”