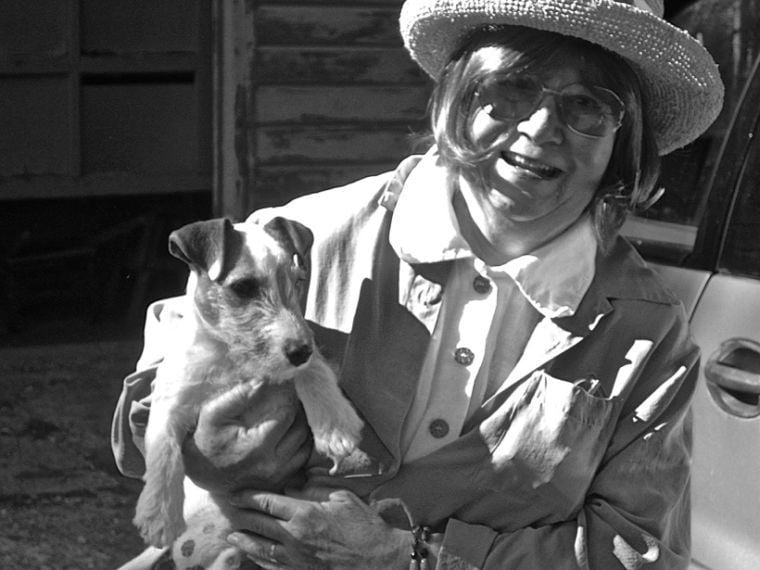 Elaine Anglim poses for a photo during one of her last trips to Saratoga, N.Y. The late equestrian artist’s work will be on display at The Palette & The Page this month. 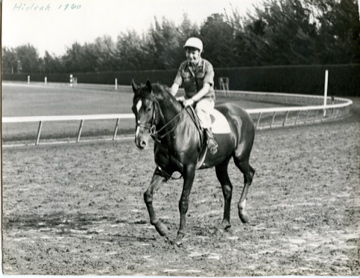 Elaine Anglim spent time as a professional rider and horse trainer before becoming an equestrian artist. 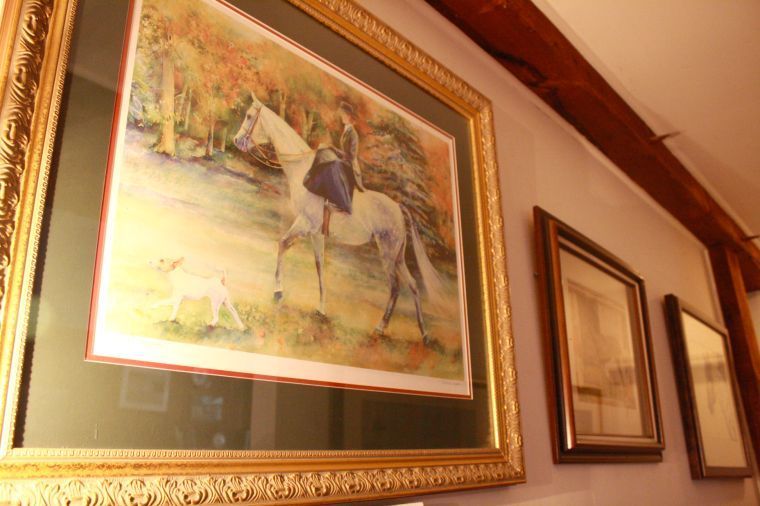 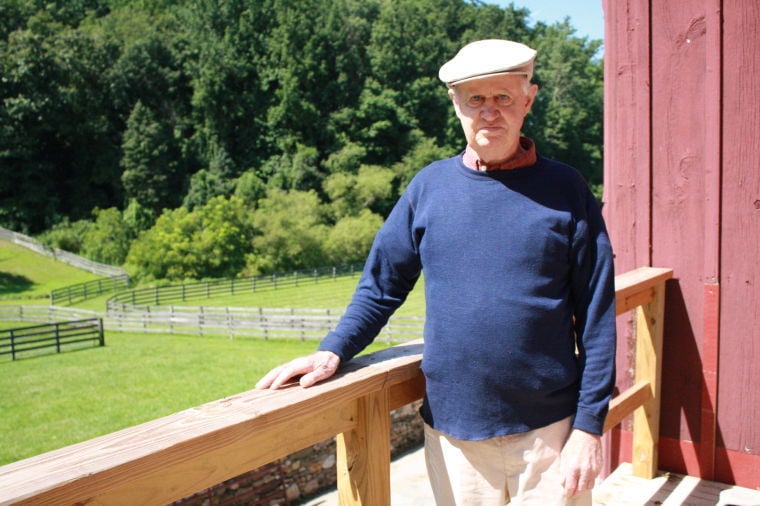 Francis Anglim stands outside the home he shared with his late wife, Elaine. Elaine’s painting’s captured equestrian life and she drew inspiration from her own backyard.

Elaine Anglim poses for a photo during one of her last trips to Saratoga, N.Y. The late equestrian artist’s work will be on display at The Palette & The Page this month.

Elaine Anglim spent time as a professional rider and horse trainer before becoming an equestrian artist.

Francis Anglim stands outside the home he shared with his late wife, Elaine. Elaine’s painting’s captured equestrian life and she drew inspiration from her own backyard.

ELKTON — Elaine Anglim captured horses in motion. Riders and horses preparing for a steeplechase race. A lady with her dog riding through a field on an autumn day. Trainers exercising horses in a sunny stable.

“Like art, horses constantly offer something new. You can’t just borrow from what has been done before,” she said in a magazine interview during the height of her career.

This September, work from the late artist will be on display at The Palette & The Page in downtown Elkton. After spending a quarter of a century as a professional rider and horse trainer, Anglim discovered a love of watercolor painting. In 2009, she died after battling cancer.

The show of Anglim’s work, which includes original works and signed prints, opens on Friday during Elkton’s First Friday activities. The gallery will host an opening reception from 5 to 8 p.m. Anglim’s husband, Francis, will be at The Palette & The Page to share stories of his wife’s work.

“She was different. She was quite a character. She enjoyed life and everything,” said Francis, recalling his late wife from the family home in Unionville, Pa. “She didn’t see bad in anybody. She liked people and she didn’t care about faults.”

The couple spent their final years together living in an apartment located above a horse barn where Francis worked. Francis recalled his wife would paint in the bedroom, kitchen or outdoor porch — anywhere she could fit her easel. One painting of cows grazing in a field and stream was a scene Anglim captured just by looking out the kitchen window, Francis said.

Anglim came to art later in life, and not after leaving her mark on the horse industry. She became one of the first licensed professional women jockeys in the U.S. and spent time as a professional fox hunter.

After a bad fall, Elaine had to stay off horses, Francis said. That lead her back into the classroom. In her early 40s, she attended Cecil College for her GED and then graduated from the University of Delaware in 1983 with a degree in fine art. Her first show was at Grassroots on Main Street in Newark, Del.

Fellow equestrian artist Christine M. Cancelli, who is based in New Jersey, sold Anglim’s work in her gallery at one time. Even though art was a secondary career for Anglim, she had true talent.

“Her watercolors were extremely wonderful and sensitive and really well executed,” said Cancelli. “Her love of animals and appreciation of horses just came through in her work.”

Longtime family friend Patty Jacobs recalled that Anglim was very modest about her work. Anglim’s outward representation was the opposite from her work, which was vibrant and detailed, said Jacobs.

A self-described horse person, Jacobs admitted she is no artist. She said she appreciated Anglim’s work because she “just loved her colors and the feelings of the paintings.”

Jacobs called Anglim’s life a “series of triumphs.” Anglim was recognized throughout the horse circuit as a notable artist. She received commissions for her work in the U.S., Canada, England, Ireland and France.

Jacobs recalled that Anglim, shortly before her death, reflected on her life and said: “I would pay to live my same life over again. I have no regrets.”

“She had an incredible life and she inspired me, and even in her passing she inspired me. She took her cancer with such grace, handling the ups and the downs and the horrible side effects. She took it without complaining,” said Jacobs.

Since the her death, there haven’t been opportunities to show Anglims’s art, Jacobs said. Then Jacobs connected with The Palette & The Page and the concept of the show started to form.

The Palette & The Page co-owner Patti Paulus said showing Anglim’s work was an intriguing opportunity for the gallery, which has not spotlighted an equine artist before. This is also the first time the gallery will honor an artist posthumously. Instead of splitting the gallery space between two artists this month, the display will be focused entirely on Anglim.

Back in Anglim’s former Unionville home, the walls are covered in her work. Art books, supplies and keepsakes from the equestrian world cover bookshelves.

Anglim’s presence is still very much felt by husband Francis. While he said he is glad to share his wife’s talent with others, Francis said he finds comfort in keeping his wife’s paintings.

“I don’t like to sell it at all. Actually, I’d like to keep it all,” said Francis.

Elaine Anglim’s work will be on display through Sept. 27 at The Palette & The Page. The event is free and works are also for sale in the gallery. For more information, contact 410-398-3636 or visit thepaletteandthepage.com.

The Palette & The Page will hold a gallery opening for Elaine Anglim's work as part of Elkton's First Friday on Sept. 5. Pianist Tom Christiansen will be present. This event is free. The shop and gallery is located at 120 E. Main St. in Elkton. For more information, contact 410-398-3636 or visit thepaletteandthepage.com.