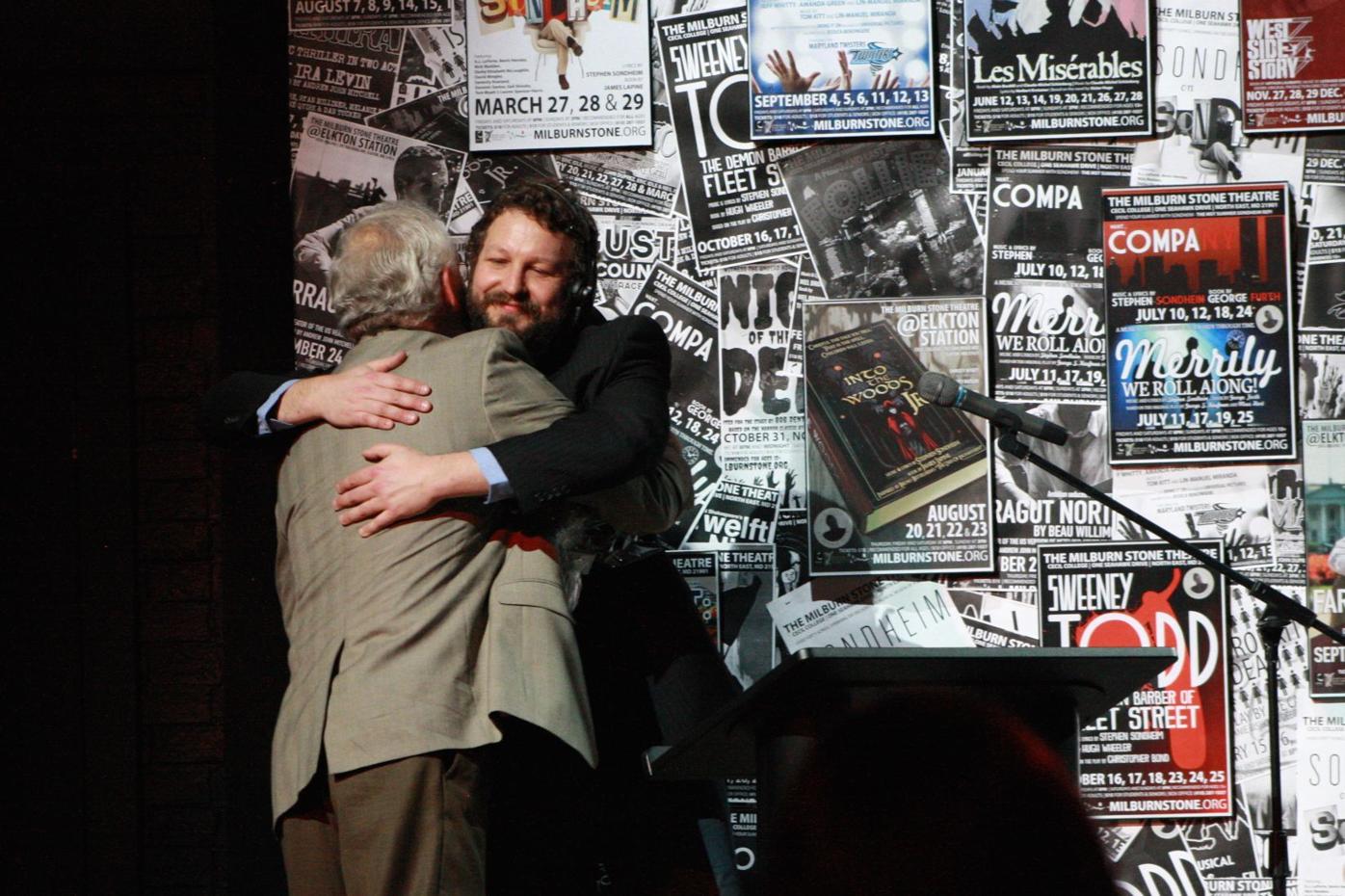 of the Support Your Local Theater Award, during the 2016 Stoney Awards. 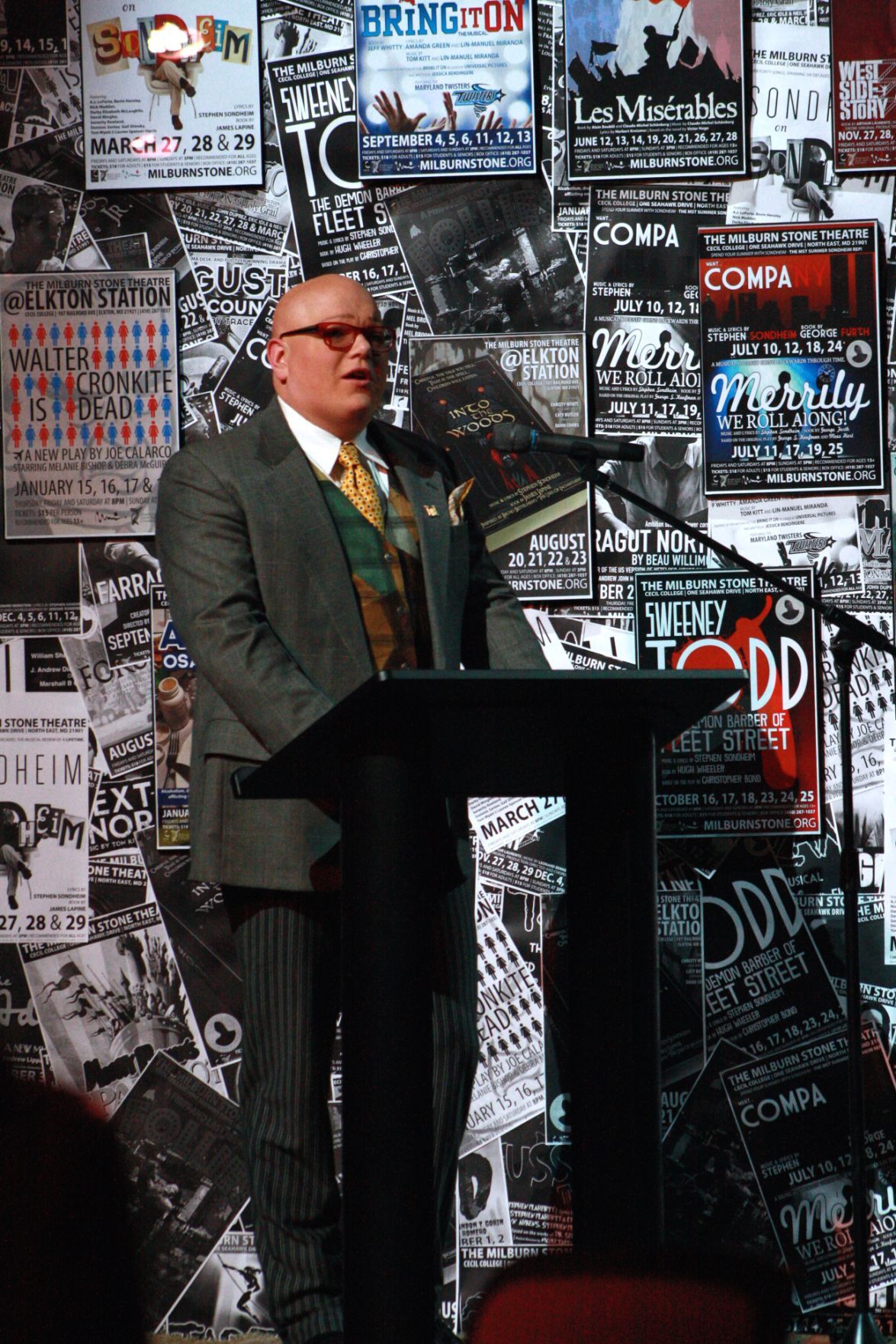 Actor Lance Bankerd hosted the Stoney Awards, which honored the shows put on at the Milburn Stone Theatre in 2015. 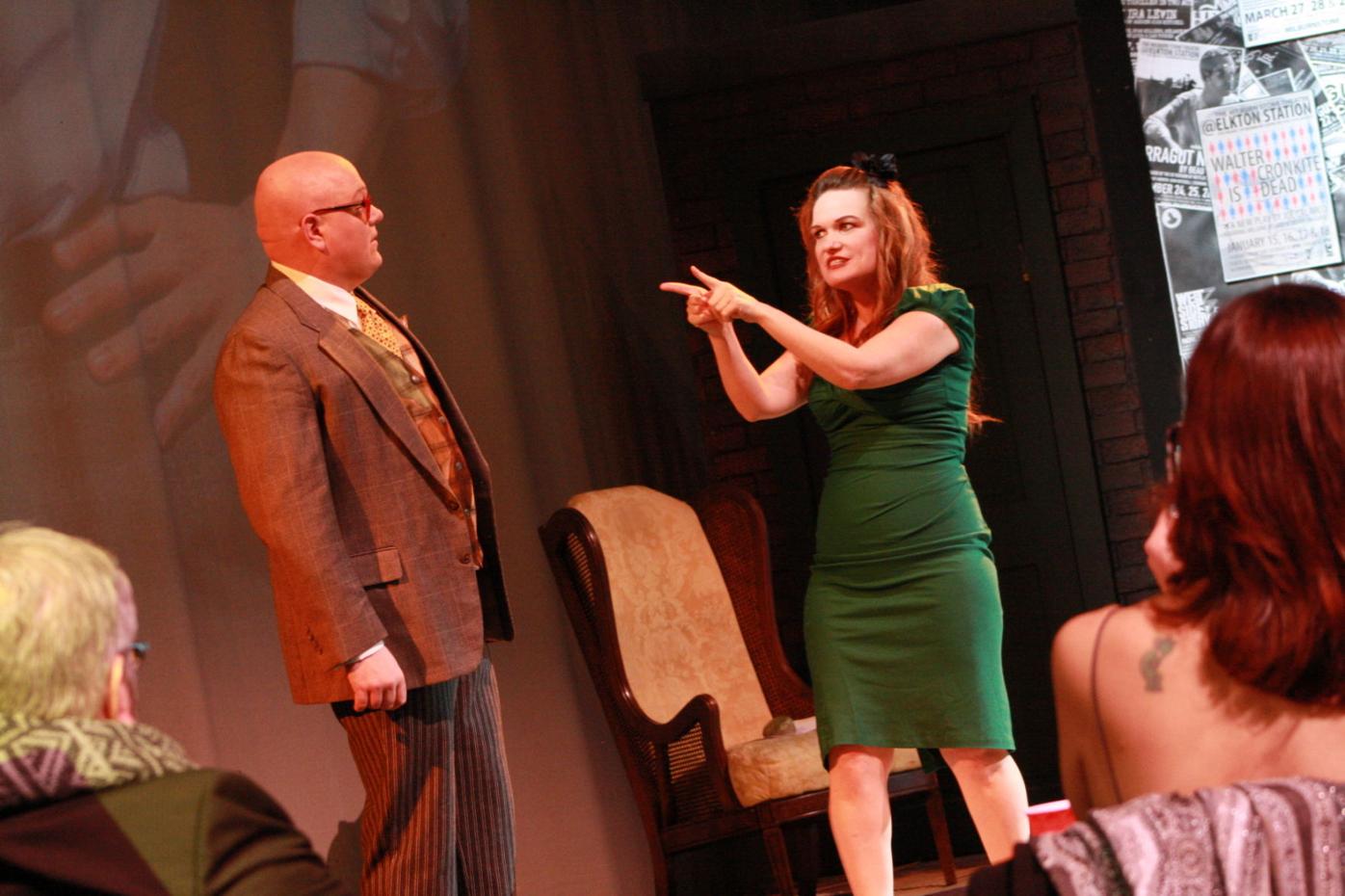 Lauren Spencer-Harris performs “Now You Know” from “Merrily We Roll Along,” one of the recent musicals performed at the Milburn Stone Theatre, during the 2016 Stoney Awards. 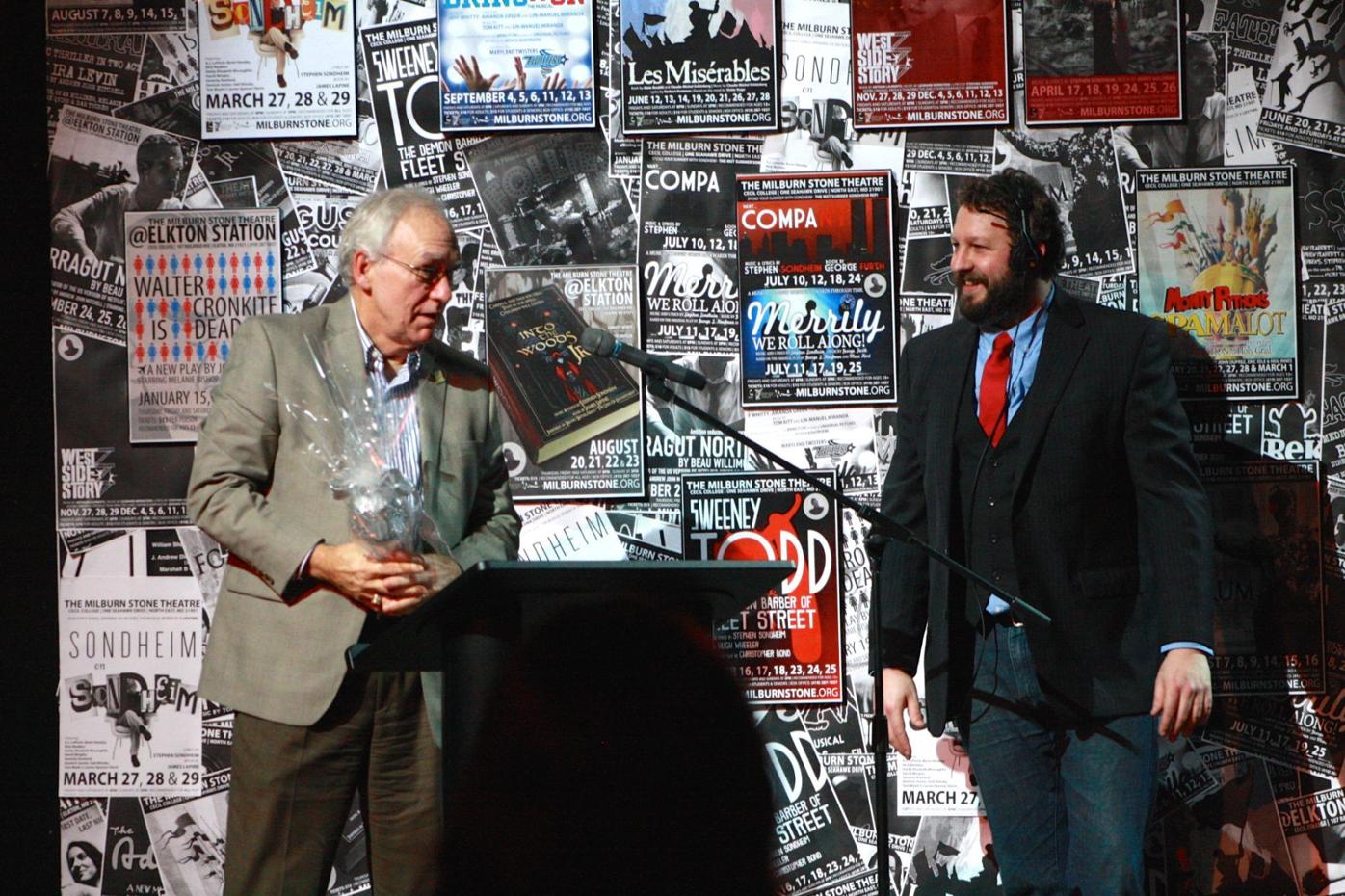 of the Support Your Local Theater Award, during the 2016 Stoney Awards.

Actor Lance Bankerd hosted the Stoney Awards, which honored the shows put on at the Milburn Stone Theatre in 2015.

Lauren Spencer-Harris performs “Now You Know” from “Merrily We Roll Along,” one of the recent musicals performed at the Milburn Stone Theatre, during the 2016 Stoney Awards.

NORTH EAST — From Best Kiss to Outstanding Scenic Design, the Milburn Stone Theatre awarded the work that went into the plays and musicals performed on the local stage over the past year at the annual Stoney Awards on Saturday night.

The awards ceremony, held at the theater on Cecil College’s North East campus, is run like a local Tony Awards ceremony. Throughout the evening, cast members from recent shows like “Spamalot” and “Sweeney Todd” got onstage to reprise roles and sing favorite songs.

As emcee, local actor Lance Bankerd filled the night with comedy. He called the audience, a mix of performers, crew members and the public, “an exquisite community of theater lovers.” He even took home a Stoney for himself, winning Outstanding Lead Actor in a Large Musical for his turn as Javert in “Les Miserables.”

The awards handed out are just like they sound – fist-sized rocks painted gold.

Now in its fifth year, the awards ceremony is somewhat held just for fun. Throughout the night winners acknowledged that it might seem silly to feel proud of getting a painted rock – but they also recognized the importance of community theater. In the past year, the Milburn Stone put on more than a dozen shows, several of which were performed to sold-out audiences.

“Community theater is such a fantastic place for all of us,” said Marji Eldreth, who was recognized for her direction of this summer’s “Les Miserables.” She explained she has been with the theater group since it started, participating in a production of “Our Town” before the current theater building existed.

Theater officials said that this Stoney Awards ceremony was the biggest yet, with about 250 rocks prepared for pickup. Organizers also almost ran out of those rocks, since so many actors and crew members turned out to collect. Whenever a cast or ensemble won a category, every member present could come onstage for their very own Stoney.

As actors came up to accept awards, some shared backstage stories. Ted Cregger, who won Outstanding Lead Actor in a Small Musical for Pseudolus in “A Funny Thing Happened on the Way to the Forum,” recalled balking at the idea of playing a lead role. Coming in with only supporting cast member experience, he said his initial reaction when he heard the cast list was thinking, “I can’t do that.”

“But you know what? We did it all together and we made people laugh,” he said.

The night also allowed the theater to do some housekeeping, like reminding patrons to get tickets for “Assassins” – which runs on the Cecil College Elkton Station stage this week – and “Gypsy” – which runs at the Milburn Stone for three weekends starting Jan. 29.

The theater also announced a change in lineup. In place of “Mary Poppins,” “The Little Mermaid” will be performed at the Milburn Stone in April. To round out the season, “Cats” has been added and will be performed in November.

At the end of the night, theater officials also shared news of fresh 2015 Broadway World Baltimore Awards. The annual awards recognize the best in regional theater and allows the community to vote for favorites online.

This year’s winners from the Milburn Stone included: Best Actor in a Musical (non-equity) for Eyvo Johnson in “A Funny Thing Happened on the Way to the Forum”; Best Actress in a Play (non-equity) for Jessica Brockmeyer in “August: Osage County”; Best Choreography for Bambi Johnson in “Bring It On”; Best Costume Designer for Lance Bankerd, Marie Devoe and Ryan Devoe in “Les Miserables”; and Best New Play or Musical for “Bring It On.”

Disappointingly, Lewis noted, the theater did not win the Best Theater award in the regional competition, as it had last year. However, Lewis is confident the theater can reclaim that title.

“I love my theater family,” Lewis said. “I look forward to coming to work every day.”