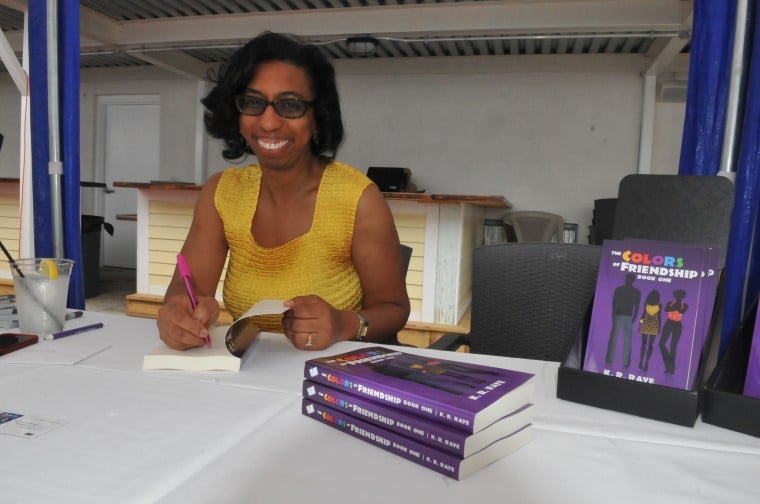 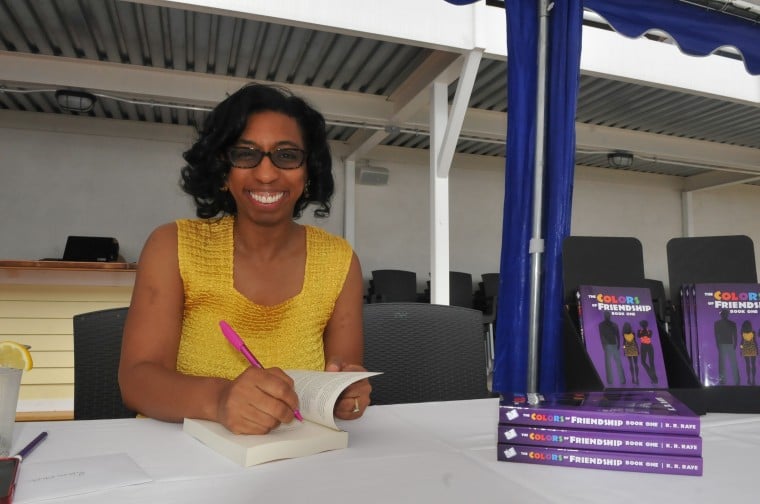 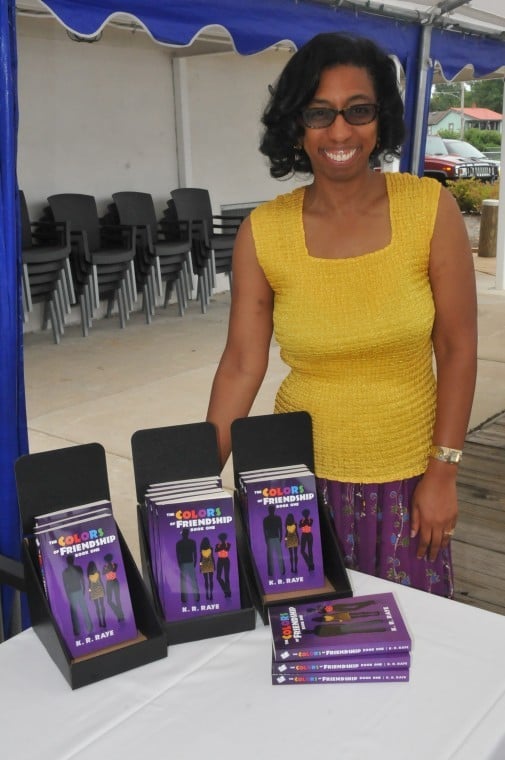 K.R. Raye held a book signing at Schaefer's Canal House on Sunday for the release of her new book The Colors of Friendship.

K.R. Raye held a book signing at Schaefer's Canal House on Sunday for the release of her new book The Colors of Friendship.

ELKTON — It’s hard to pin down exactly where the first series from Elkton based author K.R. Raye fits on a bookshelf.

It’s not chick lit, Raye said, because it’s about three friends, and one is a guy.

It’s not quite urban, Raye said, because it’s set in Central New York and depicts multiple cultures and backgrounds.

And, while her characters start off as teenagers, it’s not a book just for young adults, she said.

“It really bridges the gap from older teens to younger twentysomethings,” Raye said.

On Sunday, Raye debuted her book “The Colors of Friendship,” the first in a trilogy, at a book launch party at Schaefer’s Canal House in Chesapeake City.

Raye describes her book as “a story about three college friends and what it takes to screw up a friendship.” The Colors Trilogy follows three college friends, first as teenagers and then as working college graduates. The books cover the characters’ search for love and success, but also darker topics like one character’s struggle with domestic abuse.

The college, which is never named in the book, is somewhat inspired by Raye’s own college experiences. She studied engineering at Rensselaer Polytechnic Institute in Troy, N.Y. and drew from other New York schools like Syracuse University and SUNY Albany to create the setting in her book.

But the stories in the books are not necessarily ones from Raye’s own life. She said the characters came to her and she did research to fill in other storylines.

“It’s just fun to have the characters come alive and take the journey with them,” she said.

While researching her book, she reached out to women’s shelters across the U.S. She said she hopes that, while the book may be a fun read, it also serves to educate readers about abuse. She plans to donate a portion of the book’s profits to Rose Brooks and Renewal House, two agencies that help with domestic abuse prevention efforts.

The hardest part of writing the book was carving out enough time to actually write. Raye, who also has a job outside of writing and is the mother of two boys, ages 12 and 14, used weekends and evenings.

Although she was always interested in writing, it wasn’t until 2001 years ago she started to put pen to paper.

“When you’re growing up, you’re never really told to be a writer,” Raye said. She was skilled at science and math in school, so decided to pursue mechanical engineering and has also worked in sales.

Then in the early 2000s, she woke up in the middle of the night from a vivid dream. She told her husband she had dreamed about the best movie she had never seen and he, jokingly, told her to write the script for it. She took a screenwriting class at Cecil College and dabbled in screenwriting before turning to starting the Colors books.

To publish her book, she started her own publishing company, J-pad Publishing, based in Newark, Del. She said she aims to publish her works professionally, as if a nationally-recognized company were publishing them.

The process to take her books to publication may have taken nearly a decade, but Raye never lost her love of books.

“Always write as much as you can,” she said. “Never stop writing.”