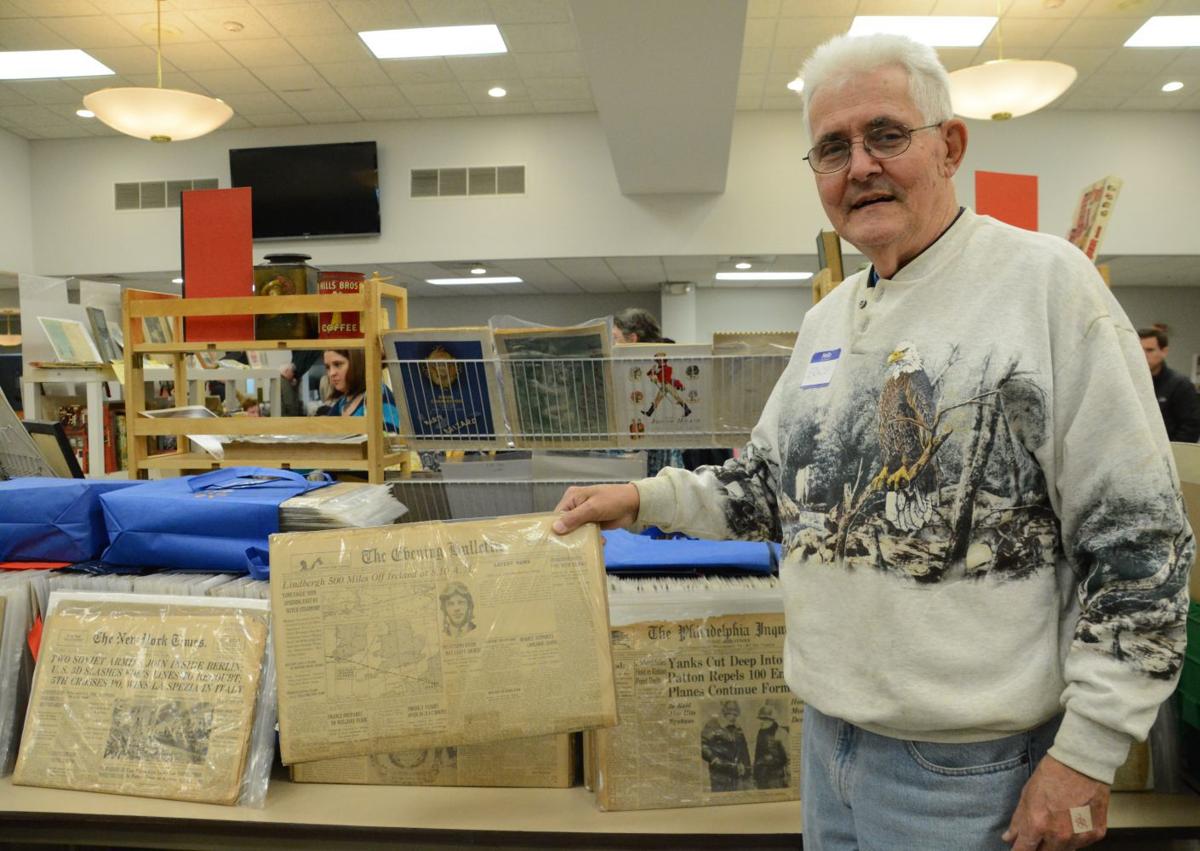 Ernie Pierce, of Earleville, holds up a newspaper on Charles Lindbergh’s record-breaking flight from his collection at the Paper Americana Show in 2016. 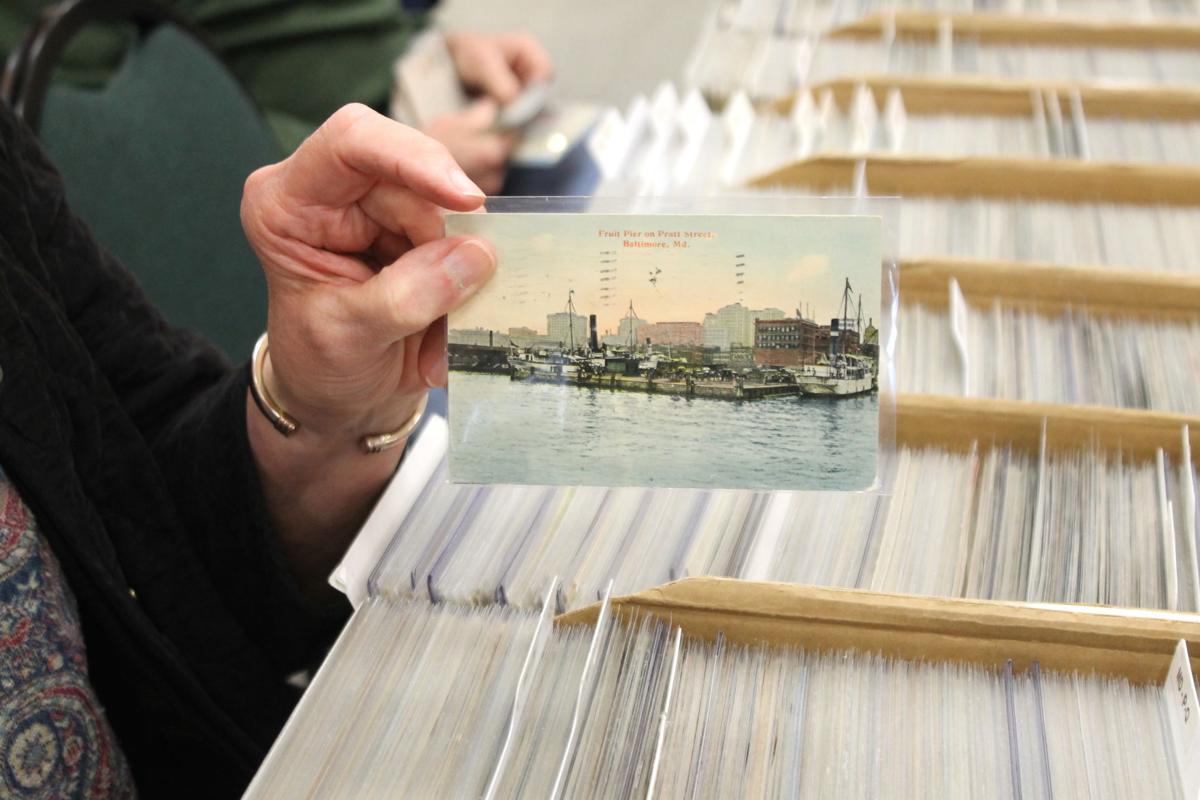 This antique postcard, on display at the 2018 Paper Americana Show, depicts the old Fruit Pier off Pratt Street in Baltimore. 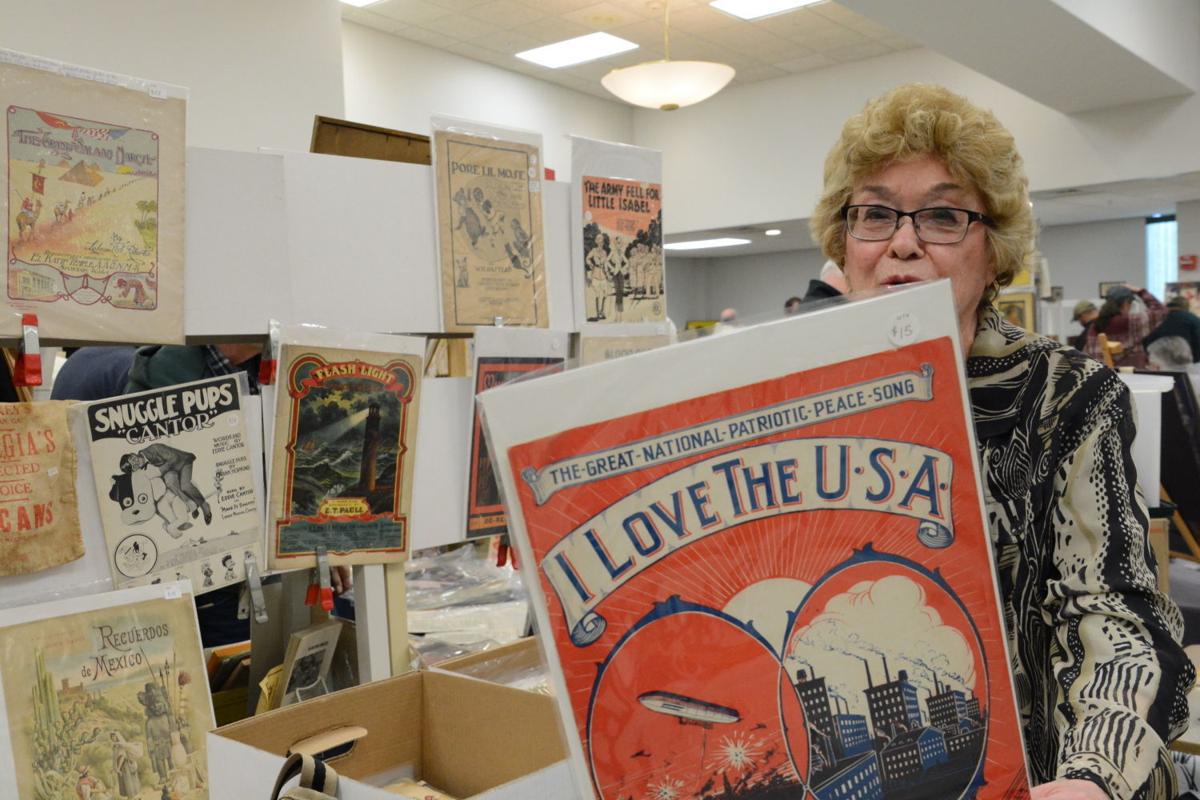 Sandy Marrone peeks out from behind a piece of sheet music at the Paper Americana Show in Elkton in 2016. That year’s show featured 32 vendors.

Ernie Pierce, of Earleville, holds up a newspaper on Charles Lindbergh’s record-breaking flight from his collection at the Paper Americana Show in 2016.

This antique postcard, on display at the 2018 Paper Americana Show, depicts the old Fruit Pier off Pratt Street in Baltimore.

Sandy Marrone peeks out from behind a piece of sheet music at the Paper Americana Show in Elkton in 2016. That year’s show featured 32 vendors.

ELKTON — As technology progresses, more people are able to access information through their screens. But Sandy Biggs said it’s still nice to be able to take a walk along the paper trail of history and hold physical reminders of the past.

Community members will get the chance to do just that at the 32nd Annual Paper Americana Show from 10 a.m. to 4 p.m. Saturday, Jan. 26, at Singerly Fire Company.

Biggs, who helped organize this year’s event, said that if it’s made of paper, somebody is bound to have it at Paper Americana.

“It’s almost just anything you can find that’s paper,” she said. “Everybody there has everything different.”

From postcards to newspapers to magazines to posters to cookbooks, Biggs said there will be a little something for everyone to see and perhaps even purchase.

Paper shows are a staple for communities around the country, and many of the vendors at Elkton’s event travel the nation sharing their collections, according to Biggs.

While some younger people stop by the event, Biggs said the majority of Paper Americana attendees tend to scale older.

“You’re seeing a few more younger people, but most of the people you’re seeing come through are in the 50s age group and it’s nostalgia. You come and see things that you haven’t seen for years,” she explained.

However, even for those who are too young to have lived through the eras during which many of these paper products were used, Biggs said folks can still learn a lot from checking out the show.

“It reveals how we lived ... Some of them you can even figure out how much things cost if you look at the old advertisements and things like that. That was a whole different lifestyle back then too,” she said.

One of the major differences between younger and older generations is how people communicate with one another, Bigg said.

“When people travelled, they’d actually send everybody a postcard when they were traveling. Now they all want to text each other. It was a simpler time ... It just brings it back so you don’t have the hustle-and-bustle of the day when you’re emailing and texting and on Facebook and Snapchat,” she said.

Biggs hopes attendees take a trip down memory lane and maybe even learn a little about the country’s history in the process.

“Hopefully [people take away] a lot of good stuff and little bit of nostalgia for what happened and how things were different,” she said.