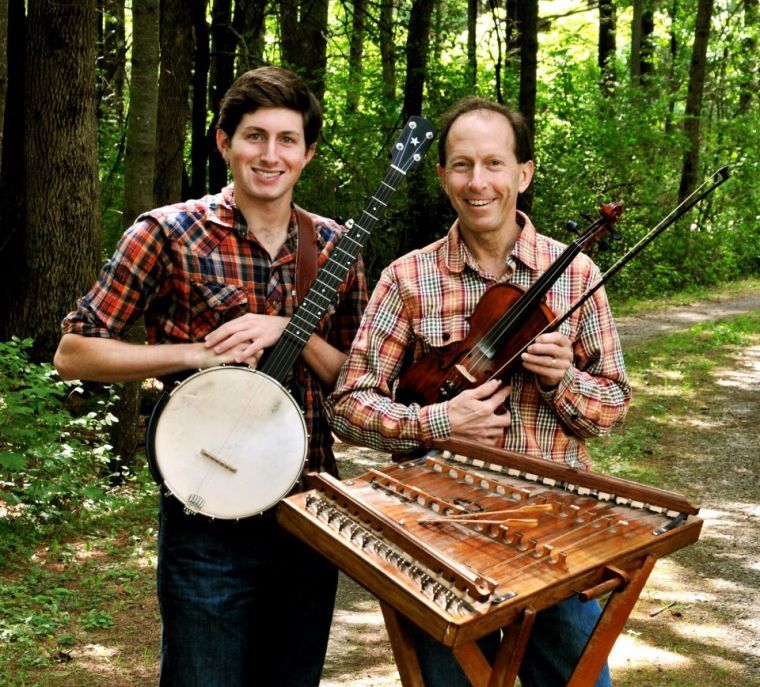 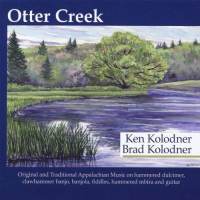 In Cecil County, you can hear two accomplished musicians perform an intimate concert on the fiddle, banjola, hammered dulcimer and claw-hammer banjo about as often as you can spot a peregrine falcon. But that rare occasion will present itself to locals in North East this Saturday, when father-son duo Ken and Brad Kolodner take the stage at this month's North Elk Coffee House event at St. Mary Anne's Church and perform Appalachian folk tunes, including pieces from their 2010 album "Otter Creek."

The Baltimore-based duo recently talked to the Whig about the ups and downs of their musical partnership.

Cecil Whig: Ken, your website describes you as “one of today’s most accomplished, musical hammered-dulcimer artists.” Can you describe the instrument's sound, and what made you decide to focus on playing it?

Ken Kolodner: I started playing the hammered dulcimer over 30 years ago. When I first heard it, I was captivated by its sound and also by its physicality. It has qualities of a harpsichord, harp, and piano all rolled in one, and can be played as a rhythm instrument and as a melody instrument. Unlike most instruments, one's hands are never on the instrument, so it requires some accuracy, which seemed to me like a fun challenge.

CW: You also play the fiddle and the hammered mbira. Do you favor one of the three?

KK: The hammered mbira is fun as diversion for improvisation. I don't go anywhere, ever, without my fiddle!

CW: You studied epidemiology at Johns Hopkins University but later learned to play the dulcimer and eventually pursued a career in music. Was that a difficult decision to make?

KK: Not at all. But I can't say that the decision was made at any specific time. It was more of an evolution. After many years of not taking a "real job," I realized that I was more of a musician than a scientist. I did have a stretch of about five years when I worked as a researcher nearly full-time, but I never stopped playing music professionally.

CW: Brad, you also did not study music in college. What did you study? When did you start playing music and what made you choose the banjo and banjola?

Brad Kolodner: I studied television and radio with an emphasis on documentary film. I didn't start playing the banjo until I was a senior in college. Even if I had started playing folk music at a younger age, I probably wouldn't have studied it in college. There aren't any banjo degrees that I know of.

I learn everything I need to from playing with my father and attending music festivals around the country, where I have the opportunity to play with some of the best old-time musicians in the country.

I chose the banjo because I liked the sound, and it's a relatively unique instrument. Everyone plays the guitar, so I wanted to play something a little different. I started playing in 2007 when I was 17. I took a week-long banjo workshop at a music camp in Maine where my father taught hammered dulcimer and fiddle.

I went to this music camp, called Meadowlark, because I was planning on just hanging out with the other kids. I wanted to take what I thought were the easiest classes at the camp: harmonica, penny whistle, and folk chorus. But the penny whistle class was full, so I was forced to take the banjo class. Little did I know that it would be the start of a musical odyssey that has led to where I am now; a full-time professional banjo player and teacher.

CW: Ken, are you originally from Baltimore? Did you grow up listening to folk music?

KK: I am from Baltimore but did not grow up listening to folk or traditional music. I was aware of folk music from the "Great Folk Scare" of the ‘60s. I listened to a lot of folk-rock types such as Dylan, singer-songwriters and pop-folk types such as Joan Baez, Joni Mitchell, John Denver and many others. But I was largely unaware of the broader world of folk music that is best described as "traditional."

I only started learning about the vast world of traditional folk music after I started playing the fiddle. I learned about traditional music by listening to records and going to some folk festivals.

CW: Brad, can you describe what it was like growing up with a father who was a professional folk musician? Did it involve the whole family sitting around the living room singing songs?

BK: I yawned at my father's music for many years. I had to listen to it every day whether I liked it or not. Beginner hammered dulcimer and fiddle students came to our house every night to take lessons from my dad. It was torture.

Rather than the whole family sitting around the living room singing songs (by the way, my dad is terrible at singing – he lets me do all the singing now), I would run up to my room every night when I got home from school to avoid having to listen to his students bang away and make loud, unpleasant sounds.

On the other hand, this "torture" was a blessing in disguise. I've picked up old-time music very quickly and I attribute that to being immersed in this kind of music from a young age.

If I’d started playing a folk instrument when I was 4, I might've had a less favorable attitude towards the music because I didn't come to it naturally. I now have a deep passion for playing the banjo and old-time music largely because this is not something my parents forced upon me.

CW: "Otter Creek," the 2010 album the two of you wrote together, is wonderful. Can you describe your songwriting process?

KK: I rarely sit down to write. I probably should actually because I don't write all that much these days, probably largely because I’m so busy performing and teaching!

I have written all my tunes when I have had a chunk of quiet time. My tunes usually evolve as an improvisation and gradually take shape. I might start with a rhythm of some sort played over a chord progression, and a tune will start to form. I can't so for sure where the tunes come from. I try not to be analytic and avoid think too much when writing. I just hope that I am inspired somehow and the tune that results works!

BK: There have been times where I noodle around on the instrument and find a small pattern that has a nice hook or sounds catchy. I then base the rest of the tune off of that hook. Usually, I build up some kind of chord progression and find a way to combine the chord progression with the melodic hook. It's really not as complicated as it sounds.

CW: Brad, what is it like to tour the country as a musician?

BK: I wouldn't say I'm touring the country as a musician, but I am touring the northeast a fair bit. Hopefully, I'll join a band one day and have the opportunity to tour the country and beyond. Our fan base is largely my father's fan base. I am still building up my reputation and getting my name out there.

No funny touring stories come to mind right now. We have a couple of mini-tours coming up (Wisconsin, Illinois, and Indiana) so perhaps something funny will happen then. We haven't been touring for very long but it's just a matter of time before something crazy happens.

IF YOU GO: Father-son musical duo Ken and Brad Kolodner will perform music from their album "Otter Creek" at the North Elk Coffee House Saturday, Jan. 19 in the parish hall of St. Mary Anne's Episcopal Church, 315 South Main St., North East. Doors open at 7 p.m.; performance starts at 7:30. All are welcome and reservations are not necessary. A donation of $8 per adult and $6 per child is recommended. Light refreshments will be available for purchase.