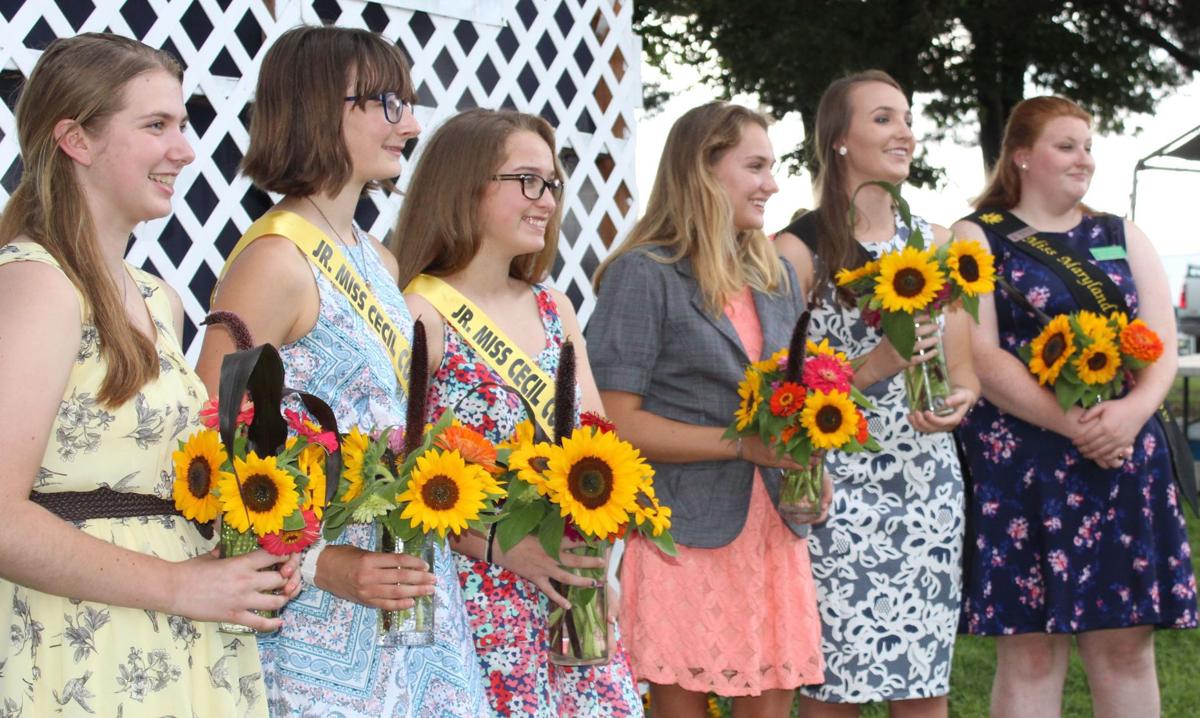 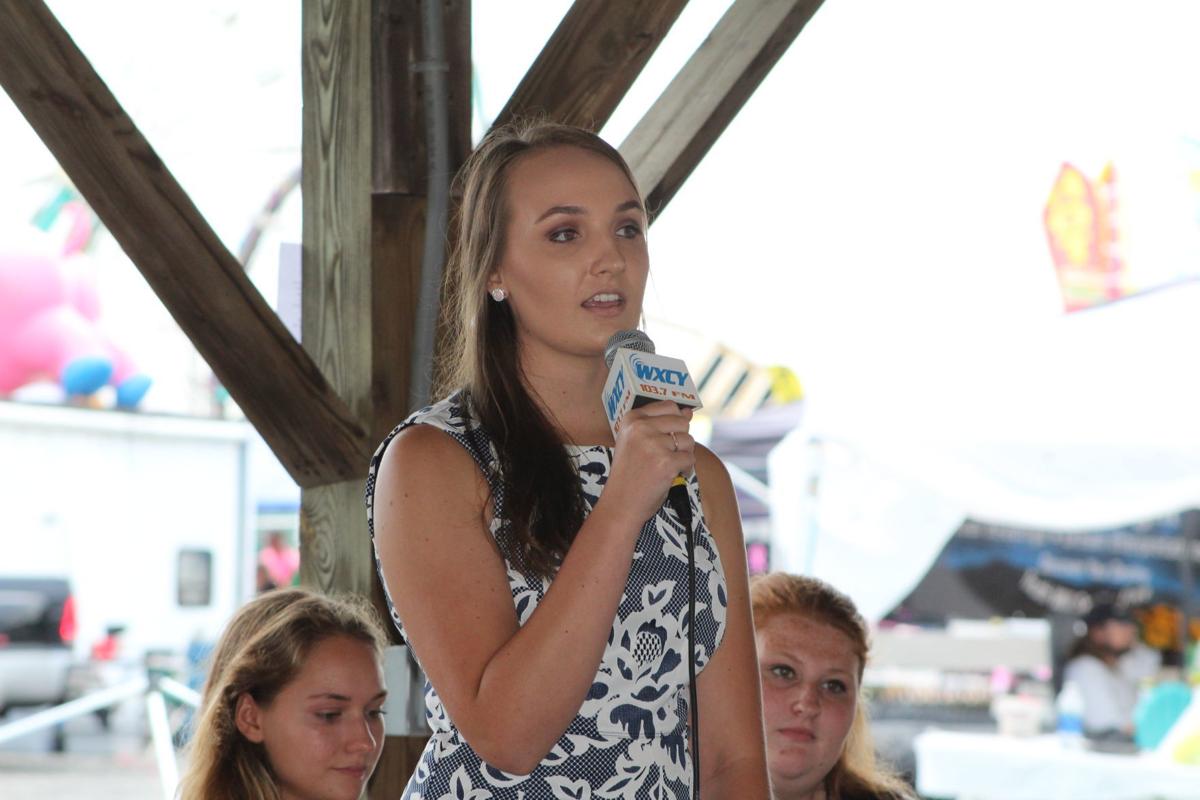 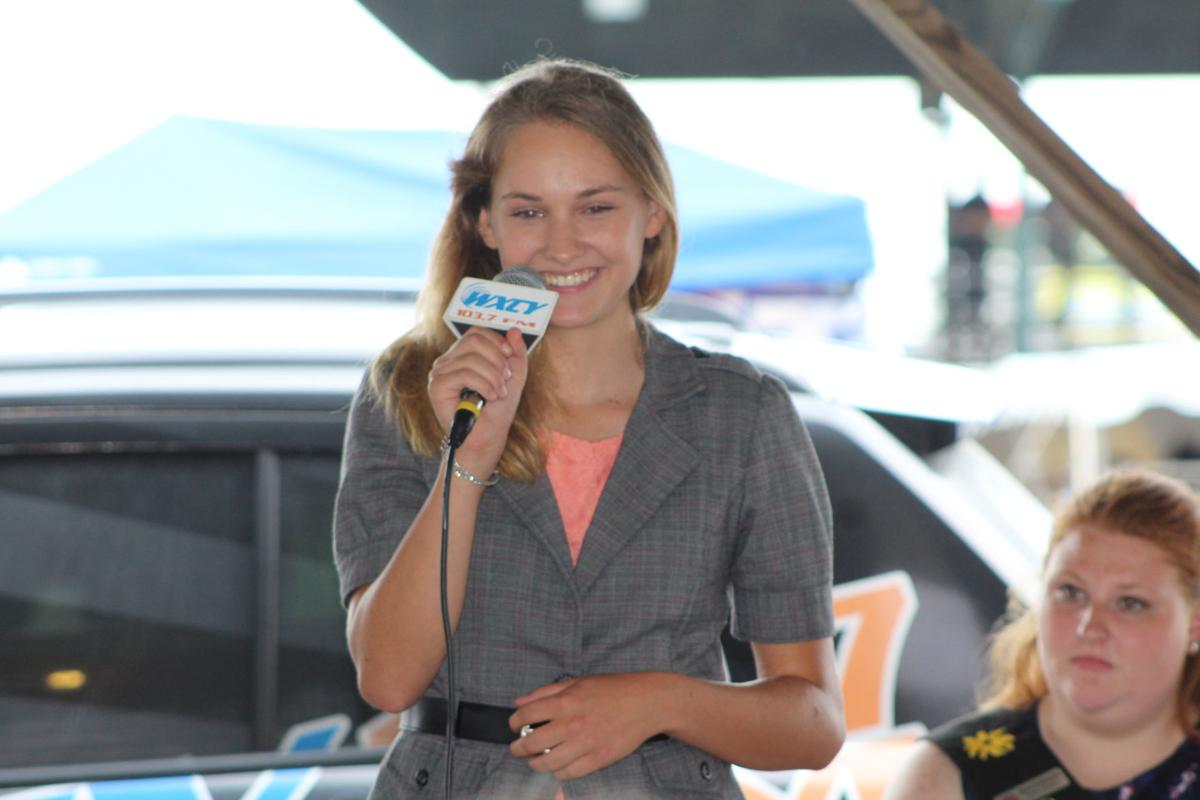 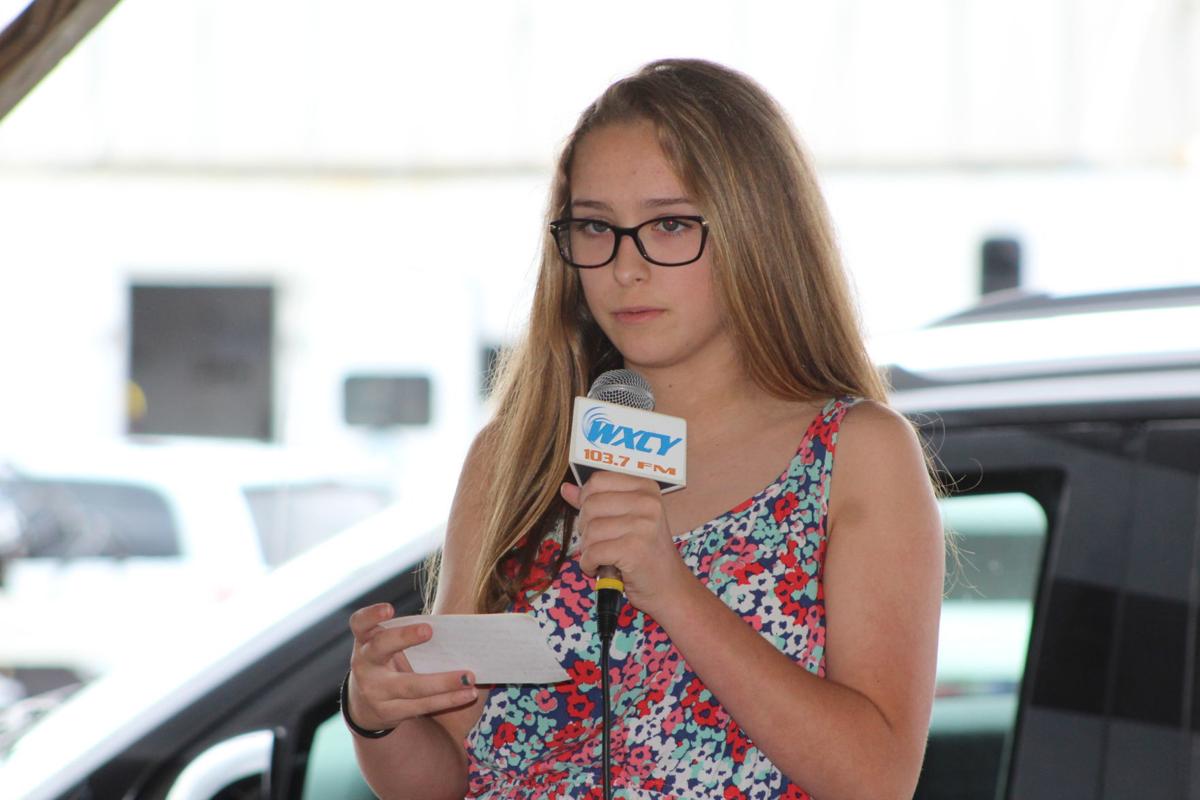 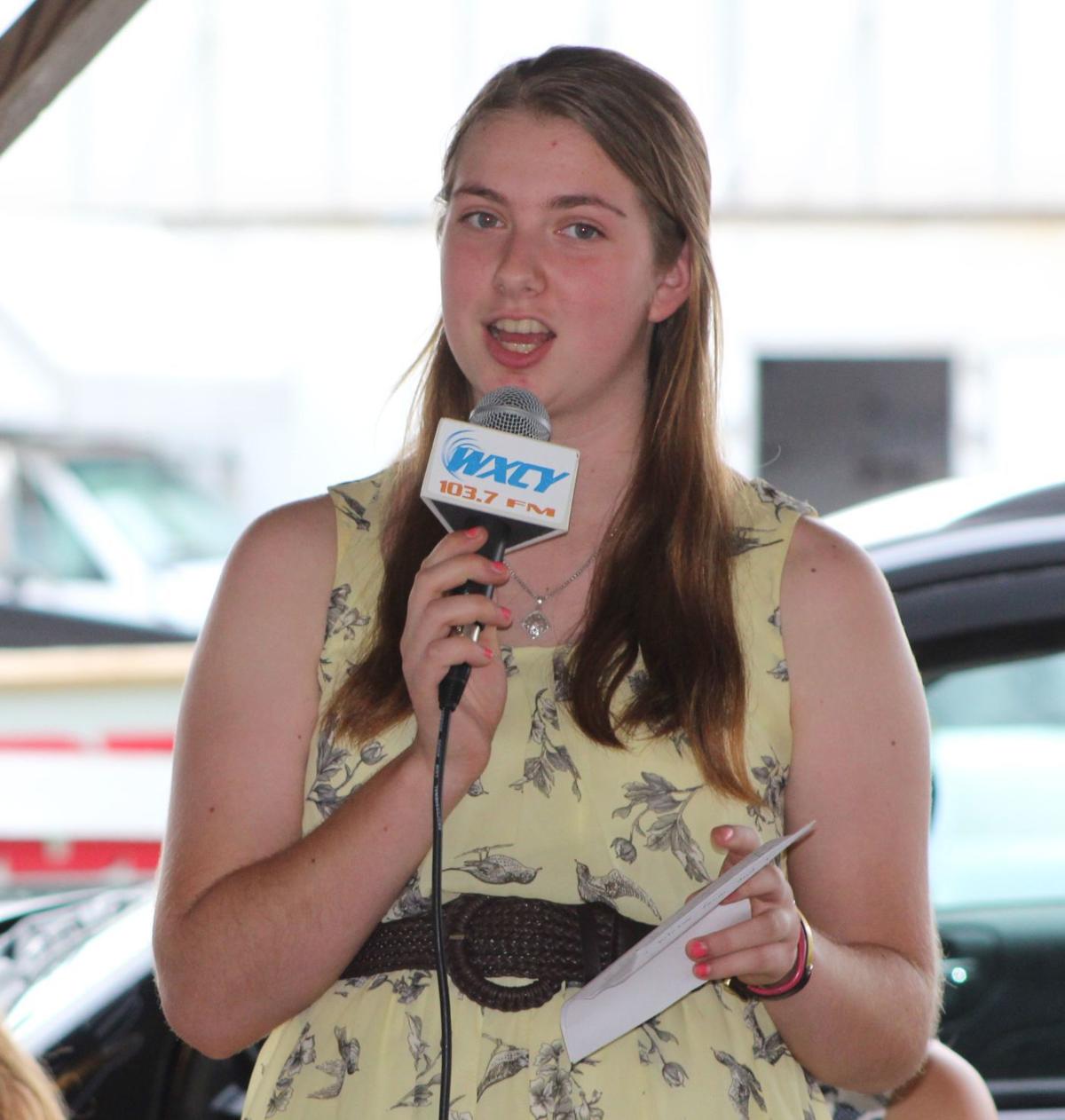 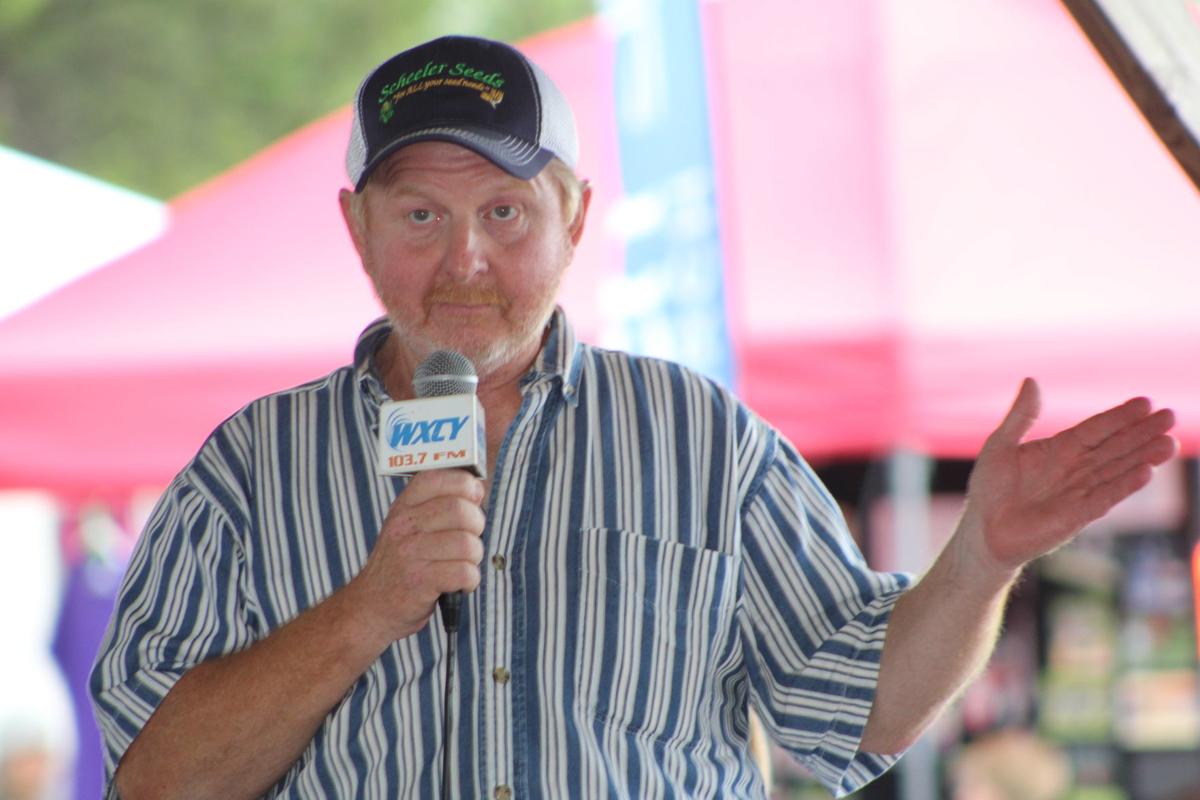 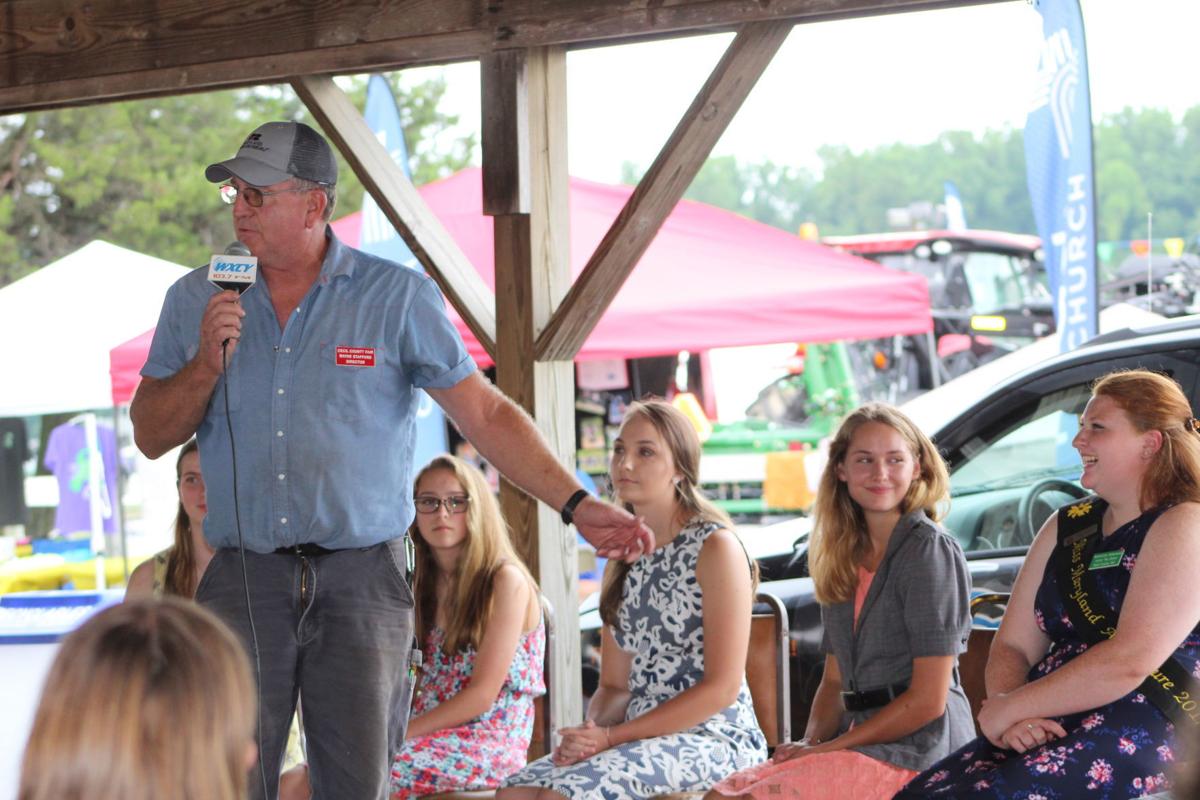 Wayne Stafford, first vice president of the Maryland Farm Bureau, thanks outgoing Miss Cecil County Farm Bureau Mackenzie Underwood for her representation of the county for the past year. 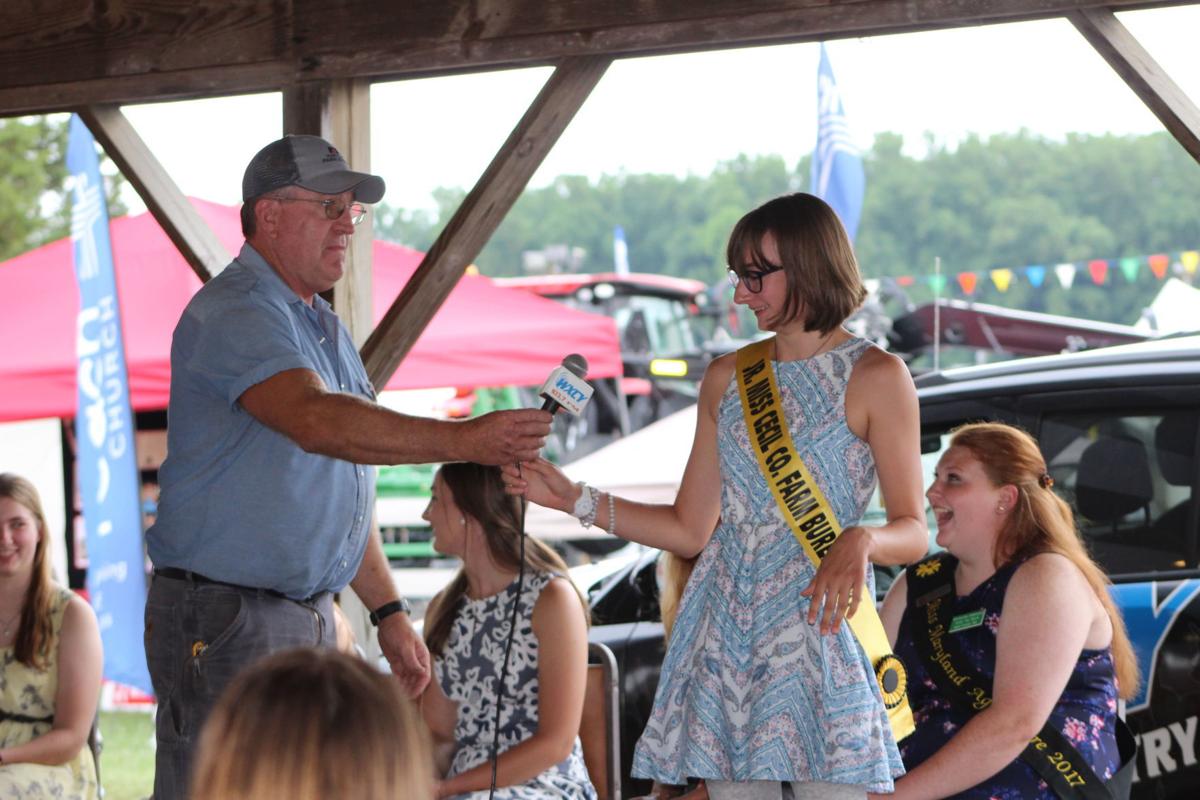 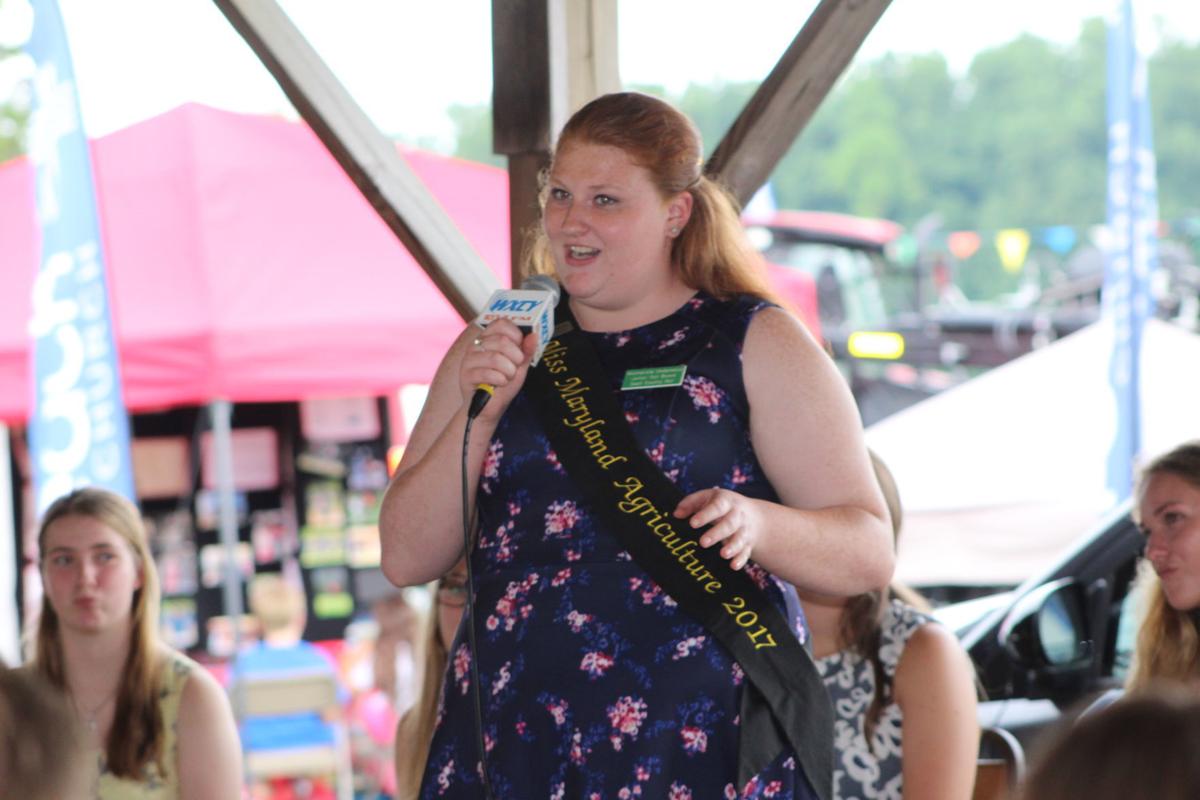 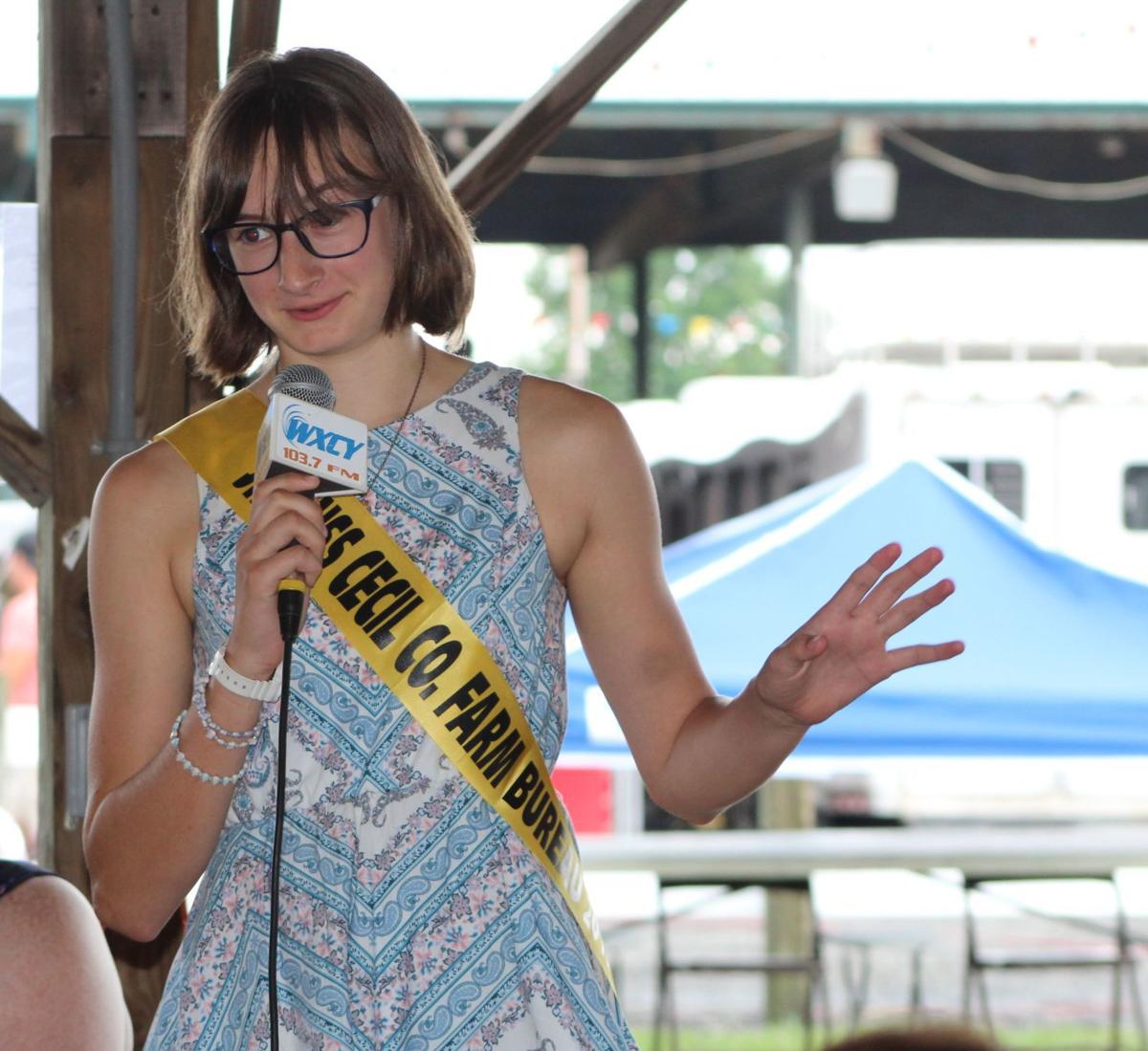 Marisa Civatte told her audience at the Cecil County Fair Sunday that she established herself as "the bee person" during her reign at Junior Miss Cecil County Farm Bureau.

Wayne Stafford, first vice president of the Maryland Farm Bureau, thanks outgoing Miss Cecil County Farm Bureau Mackenzie Underwood for her representation of the county for the past year.

Marisa Civatte told her audience at the Cecil County Fair Sunday that she established herself as "the bee person" during her reign at Junior Miss Cecil County Farm Bureau.

Droz, 17, and a senior at Oxford (Pa.) Area High School, was congratulated by her predecessor, Mackenzie Underwood.

Although Underwood finished her reign as Miss Cecil County Farm Bureau, she has no plans to disappear from view.

"It's been an amazing journey, an amazing ride," she said just before the new title holder was named, noting the experience helped her decide her future. "I want to go into ag communications."

Underwood said she has a natural gift of public speaking and that should come in handy.

Underwood has other titles in her sights, including Mar-Del Watermelon Queen. She was also Maryland Dairy Queen in 2016 and while she was reigning Miss Cecil County Farm Bureau she also won Miss Maryland Agriculture at the Maryland State Fair last August.

"I still have the state title for another month," she noted. "And I get to meet tons of people and educate consumers. I love education and sharing the ag message."

Underwood said she sees the specific struggles of today's farmers on her family farm and she wants everyone else to understand, and also to dispel the negative opinions.

Civatte said her year as Junior Miss has cemented her reputation as an apiarist, reading books and talking to younger children about her passion.

Wayne Stafford, first vice president of the Maryland Farm Bureau, invited Civatte to join him in a bee dance, then bolted from the stage, leaving the young lady alone and eliciting laughter from the audience.

Civatte said she was sad her reign had finished.

"But now I am helping someone else that gets to have fun," she said.