North East resident Heather Lyons, who began raising chickens during the pandemic, began a petition asking the county government to amend the rule that requires residents to own at least an acre of land in order to possess chickens. that petition gained over 200 signatures, and now a bill in the county legislation would allow residents with a minimum of 20,000 square feet of land to own chickens.

County law currently requires any homeowner interested in raising chickens to own at least an acre of land. A bill introduced this month would remove that restriction.

A bill introduced this month would allow for residents with less then an acre of land to own chickens. Over 200 people signed a petition in support of loosening restrictions around backyard chickens.

CECIL COUNTY — If a proposed bill passes through the Cecil County Council, residents could soon house chickens in their backyards.

The bill would allow residents with under an acre of land to have 8 chickens, defined as domesticated female chickens, on a minimum lot size of 20,000 square feet. Gregory previously introduced a bill to allow for backyard chickens in Nov. but the bill was tabled because of concerns from the Cecil County Planning and Zoning Division.

Gregory said the current version of the bill is easier to enforce and more in line with current code then the one she introduced in Nov. Additions to the bill include a mandatory annual license, to ensure chicken owners understand their responsibilities as chicken owners.

“People all over the county have backyard chickens and there’s no way to keep track of whether or not they’re registered with the state,” Gregory said. “At least this gives some level of accountability for people to make sure they’re not infringing on their neighbors rights.”

Owners of backyard chickens would be unable to sell their eggs or slaughter their animals.

Some parts of the original Nov. bill, such as a requirement that the chicken feed storage is covered, were removed because the regulations would be difficult to enforce.

“There were some things in there that were good practices, but not really under the jurisdiction of land use and development,” Gregory said.

If the bill passes, backyard chickens would not be allowed in urbanized residential areas.

North East resident Timothy Karschner opposes the bill and is concerned about how the chickens attract foxes to the area. Karschner, whose neighbors keep chickens in their backyard, showed the Cecil Whig pictures of parts of a chicken carcass left in his backyard after a fox took a chicken from one of his neighbors’ coops. Karschner said that zoning regulations protect local property values, and that farm animals should not be allowed in residential areas.

“People are talking about their property rights, but zoning is about controlling people’s property rights to protect the general public,” Karschner said.

Karschner said that the law should not be changed to protect people who are currently in violation of the rules.

“They’re allowing them to circumvent the rules, just so they can keep their chickens,” Karschner, referring to current owners of backyard chickens, said.

Gregory said the bill is about addressing land size, not how people house chickens. She said properties over an acre can exist in residential areas and have large amounts of chickens.

“If a neighbor has an acre and they don’t house their chickens properly, the same exact thing can happen,” Gregory, in reference to problems with foxes, said.

The initial Nov. bill required a fox proof structure for chickens, but the requirement was removed from the current bill as it would be difficult for planning and zoning to enforce. Gregory said chicken owners will incorporate fox proof coops, since they would not want to loose chickens to animals.

“Sometimes foxes can figure out how to get in, and the person who has the chickens needs to do something differently,” Gregory said. “Nobody wants their chickens to be taken by predators.”

Gregory also said foxes and other predators have always existed in Cecil County before the growth of backyard chickens, and that dealing with those animals is part of living in a rural area.

“It is an expectation that when a person lives in a rural or wooded area, they will encounter wildlife,” Gregory said.

Over 200 people have signed a petition asking for Cecil County to implement a law allowing for backyard chickens. Many residents got chickens during the pandemic, as an activity to do with their children while school was virtual and/or to increase their self sufficiency as there were concerns about the supplies of eggs in grocery stores.

“We thought: you don’t have school, you can’t play with your friends, let’s do it,” Heather Lyons, a supporter of the backyard chickens law, said during a Sept. meeting. “So we got chickens. We now have the six hens and we have a nice coop. My kids now clean the coop out, they take responsibility.”

Backyard Chickens would have to be approved by the homeowners association for the development they live in, if applicable.

Many counties in Maryland including Baltimore City are more lenient than Cecil County when it comes to chicken ownership. In Baltimore City, residents may keep up to 4 hens on lots that are under 2,000 square feet, which is around 1/25th of an acre.

Backyard chickens have increased in popularity across the state throughout the COVID-19 pandemic. According to state officials, the number of poultry premises, 88.9% of which are small backyard flocks, in Maryland increased 26.4% during the pandemic, from 6,770 as of July 1, 2019, to 8,561 in April 2021.

The public hearing for the bill will take place on Jan. 18 at 7 p.m. at the Cecil County Administration Building. The bill will be considered on Feb. 1.

Beckie McMahon relaxes Tuesday night inside the downtown Elkton C3ntral Tavern, which she co-owns. McMahon did not make a New Year’s resolution, but rather a wish for normalcy in this world and for people to be kinder to each other.

Elkton resident Jack Hubbert smiles for a photo Tuesday night, after telling the Cecil Whig that he no longer makes New Year’s resolutions.

CECIL COUNTY — Beckie McMahon collected her thoughts for a moment on Tuesday night after the Cecil Whig asked if she already had or would be making a New Year’s resolution.

Then, after qualifying, “This is really a wish more than a resolution,” McMahon rattled off, “I wish that the world could get back to some normalcy and that people can be kind to one another and work better together, so we can be better tomorrow than we are today.”

McMahon, who co-owns C3ntral Tavern in downtown Elkton, explained that the uncertainty caused by the continuing coronavirus pandemic is one of several reasons for her response.

Grasping the profoundness of her answer a few seconds later, McMahon chuckled and offered a light-hearted addendum.

“I also want to lose weight, go to the gym and save money,” she said, giving a playful nod to the more common New Year’s resolutions that people make.

McMahon is not alone in her wish, as it turns out.

The Cecil Whig queried several people about their New Year’s resolutions that night and, while a few did reveal their vows to eat healthier and start a physical fitness program or increase their workout activities, many wished for a better world or something within that realm. It’s noteworthy that most of these people were interviewed independently of each other.

“I’d like to see more compassion and kindness,” said Elkton resident Dave Bower, who punctuated his reply by commenting, “It’s a strange world.”

Seemingly in stark contrast to Bower’s better-world response, Rosedale resident Erwin Otero declared, “I will be rich this year,” when asked for his New Year’s resolution.

At first blush, Otero’s answer sounded more like the garden-variety, self-improvement New Year’s resolutions that people make. But then, after a dramatic pause, he clarified his response.

“Rich isn’t necessarily money. It’s up to interpretation,” Otero said, before listing, “You can be rich spiritually. You can be rich in friends . . .”

It was clear then that Otero, who was in town with his friend, Elkton native Jojo Baltazar, meant intangible riches when he shared his New Year’s resolution.

As for Baltazar, who is an educator, her New Year’s resolutions are more apt to benefit others than benefit herself.

Of course, New Year’s resolutions aren’t for everyone.

“I used to make them, but now I’d feel like I was lying to myself. I never kept them in the past, so I always wound up disappointing myself. My friends never kept them, either,” explained Elkton resident Jack Hubbert, who served in the U.S. Navy from 1964 to 1968, during which he did a tour of duty in Vietnam.

That doesn’t mean Hubbert is against self-improvement, however.

“I’m better at it when I keep my decision to change to myself and set my own personal deadlines,” Hubbert explained. 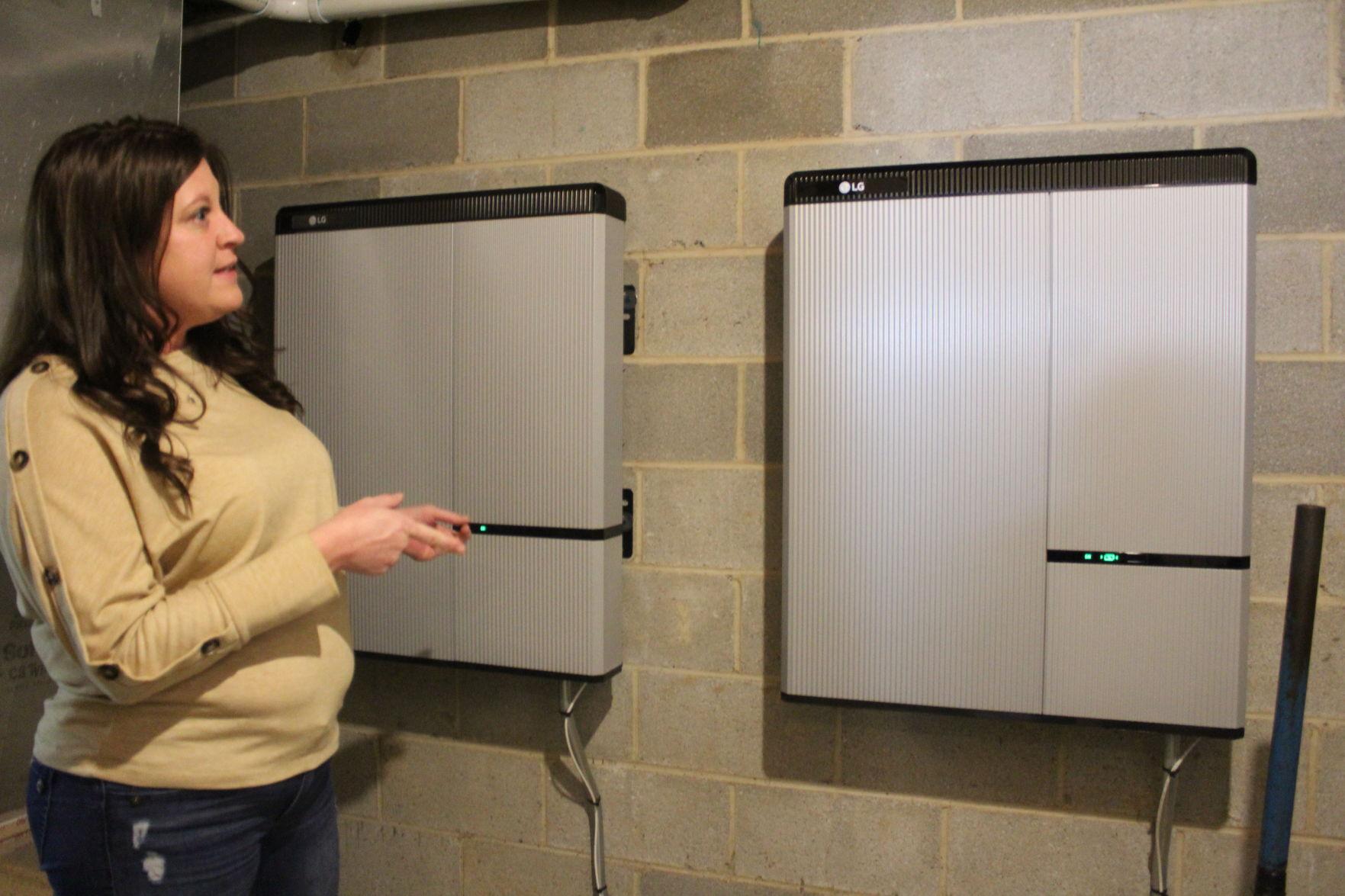 Kiley Potter explains how these battery storage units installed in the basement of her Elk Neck home will provide power when the electricity goes out. The Sunverge system is part of a pilot project on behalf of Delmarva Power. Potter is one of 110 homeowners in the North East community pilot project. 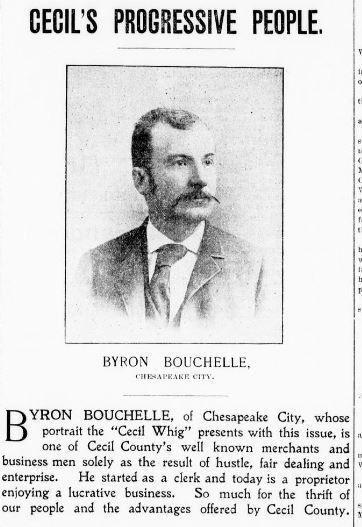 HAVRE DE GRACE —An investigation is continuing after a brazen burglary in which an unspecified type of vehicle was driven into a Havre de Grace pawn shop, where multiple suspects then stole nearly two dozen guns before fleeing, according to the Maryland State Police.

The investigation started at approximately 5:15 a.m. Wednesday, when MSP troopers responded to the pawn shop in the 2100 block of Pulaski Highway (Route 40) after receiving a report concerning a burglary in progress, police said. When the troopers arrived, the suspects were gone, police added.

“According to a preliminary investigation, multiple suspects arrived at the store and drove a stolen vehicle through the front doors of the store. The suspects entered the store, broke the glass storage area to the gun cases and stole 23 weapons,” an MSP spokesperson outlined.

The suspects then drove away from the burglary scene in two unknown vehicles, leaving behind the stolen vehicle that they had used to crash into the store, according to police.

Amid the fresh investigation, MSP officials are asking for the public’s help as detectives try to develop suspects in this burglary case. Anyone with information that might help investigators is asked to call MSP’s Bel Air Barrack at 410-879-2101. Callers can remain anonymous. 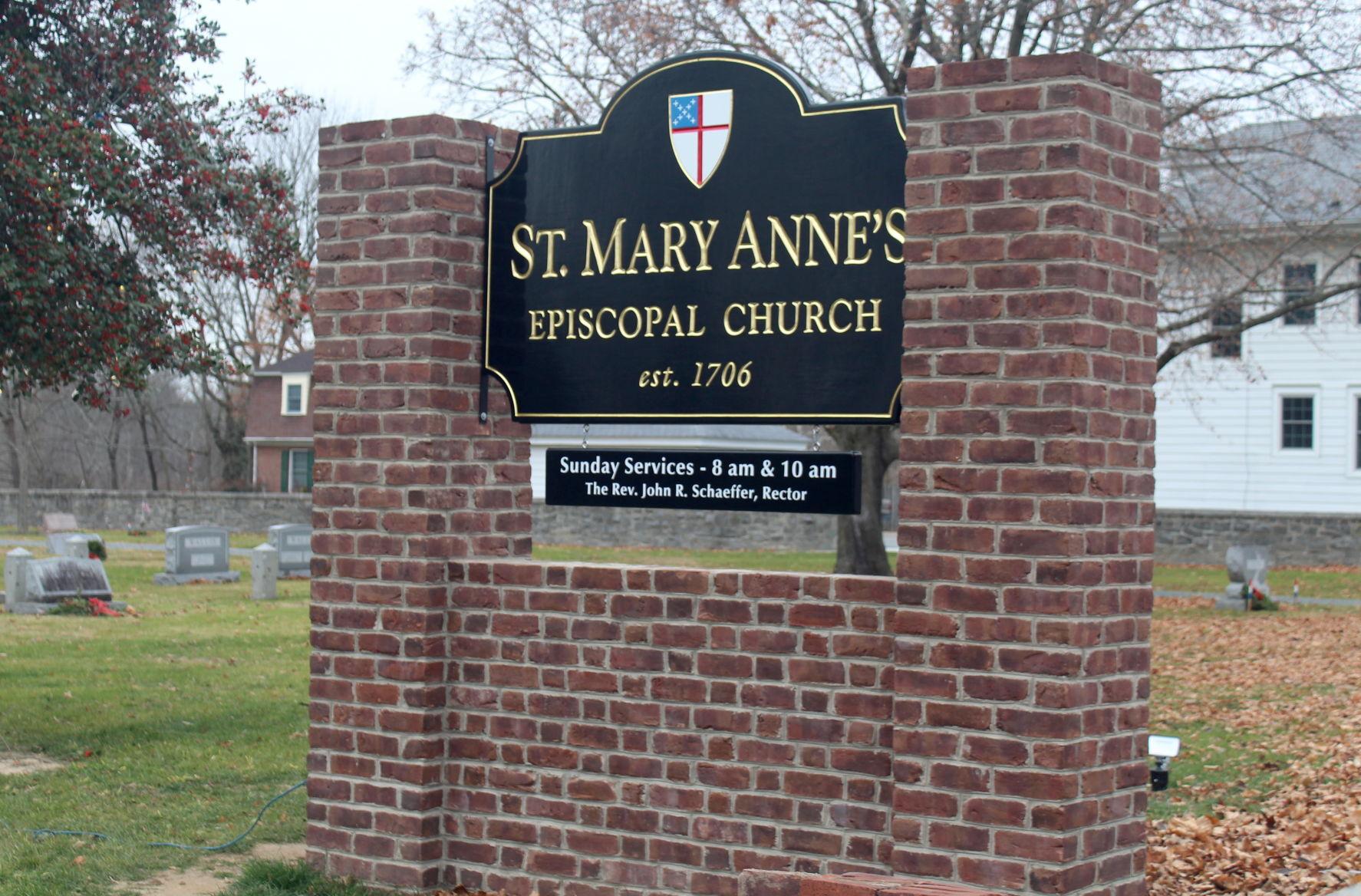 This photo shows the brand new sign on the grounds of St. Mary Anne’s Episcopal Church on South Main Street in North East. The church has been active for 315 years.