RISING SUN — Among the new laws taking effect in Maryland Friday is one which eliminates the Law Enforcement Officer’s Bill of Rights (LEOBR) and replaces it with The Police Reform and Accountability Act of 2021. The change comes with two review boards, requirements for regular psychological exams and extra costs for these agencies.

“It’s going to be very challenging,” said James Just, Chief of Police for North East. “Everyone is scrambling to get the manpower together and get the funding.”

Meanwhile, Christine Givens, president and co-founder of Cecil Solidarity, calls the law a win for the grassroots civil rights organization.

“It holds bad police accountable and lifts up the good ones,” Givens said. “This is real police accountability. When misconduct takes place we will have these complaints open to the public.”

Francis “Chip” Peterson, Rising Sun Chief of Police, told the mayor and commissioners Tuesday night that it will cost as much as $600 for each officer to go through that new psychological review every two years. Rising Sun has a handful of uniformed officers. Larger agencies — such as the Elkton Police Department and Cecil County Sheriff’s Office face a larger challenge to pay for its staff due to this mandate.

The law, which was signed in May, requires Cecil County Executive Danielle Hornberger to establish a Police Accountability Board and a Police Disciplinary Board. Any officer-involved shooting or line of duty death is now to be reviewed by the Maryland Attorney General’s Office.

“This isn’t about being anti-police,” Givens said. “This is about independent oversight, which is essential and critical.

She likes that police can no longer have their records expunged and hide allegations.

“We’ll be able to see patterns of behavior and patterns of misconduct and real police acting with integrity can be spotted,” Givens said. “At the end of the day we want people, especially people of color, to come out alive,” she said.

However the chiefs are upset about the loss of the LEOBR. These are considered protective clauses for officers, which provide procedural safeguards during the process of an arrest, investigation or interrogation. Maryland was the first state to enact a LEOBR in 1974 and is the first to repeal the legislation.

“It’s far-reaching; over-reaching when you look at the rights of the people behind the badge,” Peterson said, adding those boards do not allow for town input. “That concerns me. We need to look into that.”

“I believe there needs to be accountability,” Just said. “We have great officers that work in our county ... and I don’t see it as a problem for us.”

However, Just said the new law allows for anonymous complaints and requires that every complaint be reported and reviewed by the accountability board.

“It would be wise for all the municipalities to start putting aside funds for the psychological exams and the potential for citizen complaints,” Just said.

There are also requirements for training in use of less lethal force, be equipped with less-lethal weapons and be prohibited from shooting “at a certain vehicle under certain circumstances.”

Chokeholds, neck holds and other restraint maneuvers are prohibited under the new law and language in the law also requires other officers to intervene if such maneuvers are witnessed.

Agencies are required to have written policies for de-escalation of force and penalties in house for knowingly and willfully violating provisions of the act.

For Givens and the 2,500 members of Cecil Solidarity that’s important language in the new law, especially after the deaths of George Floyd, Philando Castille, Breonna Taylor and others at the hands of law enforcement.

“This puts us one step closer to the protection we deserve like everyone else,” she said, adding “we should not be subjected to mistakes or misconduct.”

“It’s not perfect but it’s a step in the right direction,” she said.

With the new law officers can be suspended with pay throughout an investigation, meaning they are on the payroll but off the street.

“If the officer appeals it can go on for a year or two,” Just said.

It would require towns to operate with one fewer officer or pay for two, with one being out of service.

“That would be terrible,” Just said.

Peterson said the anonymous reporting element also opens the door to abuse of the purpose of the clause.

“You’ll find domestic complaints are going to soar,” he said.

It would force agencies to shift manpower and resources to cover the additional requirements.

Also in the act is the prohibition of acquiring military equipment. There are also extra layers of reporting on the use of SWAT and other tactical teams.

Cecil County government officials, educators, and students gathered at the Cecil County School Technology to celebrate the new manual machining program, the 10th new program in the building since 2014.

ELKTON — The Cecil County School of Technology announced a new program in manual machining, the school’s 10th new program since 2014.

“We have an offering in this building for every child,” said Cecil County Public Schools Superintendent Jeffrey Lawson.

Board President William Malesh said he felt the school is important because it gives students the skills necessary for a good career in manufacturing, while also serving the business community by helping to fill gaps in the labor force.

“We all make sure that not only the adult residents of the community but the students, who will one day be adults in our community, have the option to do wonderful things like this program,” said Cecil County Executive Danielle Hornberger.

The machining program gives students the ability to perform metalworking, quality control work, and read technical drawings. The program will also teach CNC operations, where code controls the machine throughout the process.

“You can go into a place and see these are my skills,” said County Council President Bob Meffley. “And you won’t believe the outcome.”

Lawson said the new program was six years in the making. A total of $82,000 worth of equipment was donated to the project by Trak Machine Tools, along with a $85,000 grant from the states.

“I’m really interested in just getting an apprenticeship right out of high school so I can actually do stuff,” said student Maya Braddock.

Braddock’s grandfather was an electrician, which first got her interested in the trades.

The program has a first class of 14 students. Lawson said the machining program represents the last new addition to the school, as the building is running out of space for new facilities. Lawson said the County has doubled the amount of students served by the School of Technology since 2014. 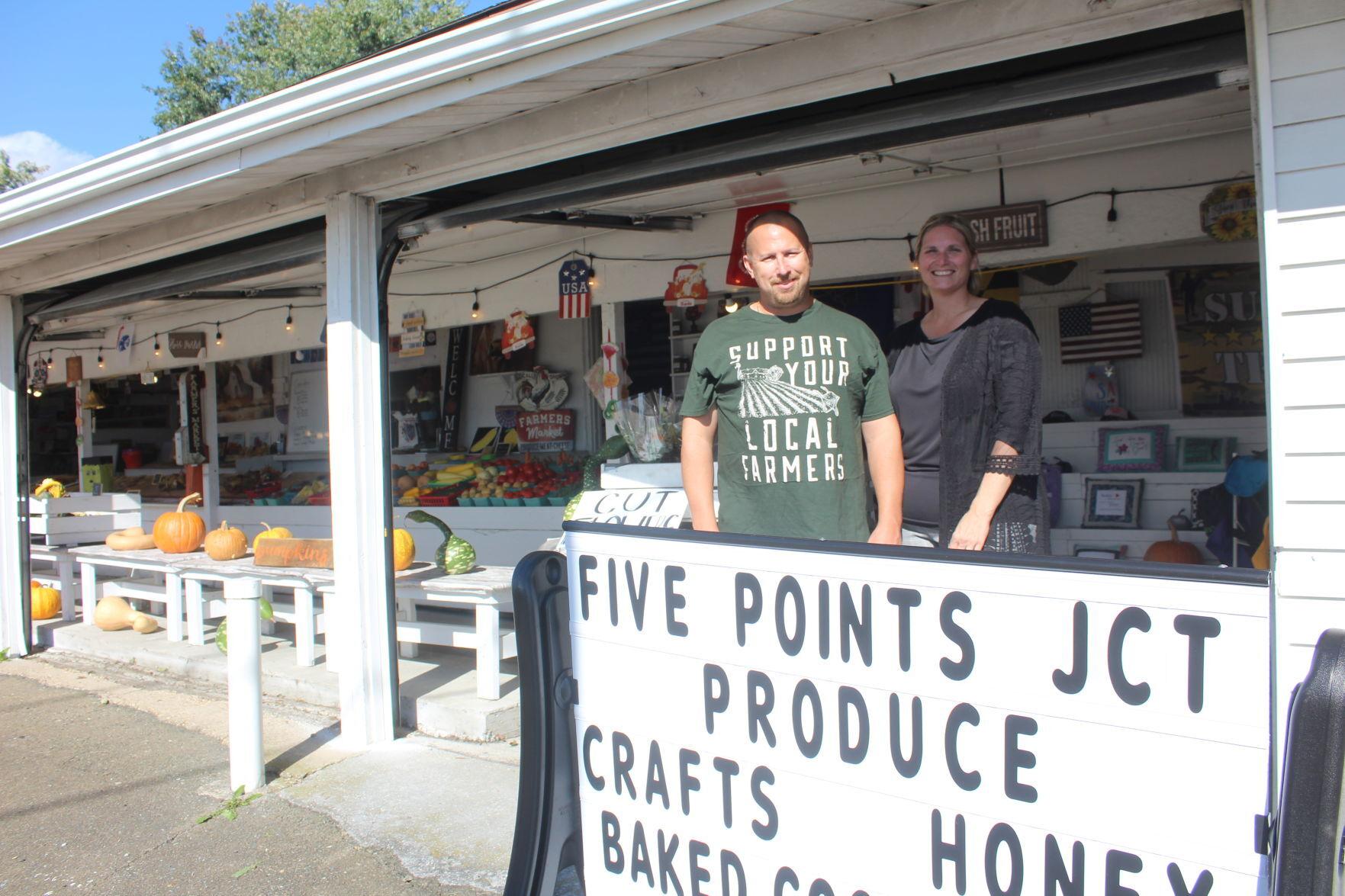 Derek and Rachel Francart have opened 5 Points Junction at 314 Chrome Road in Oxford, Pa., where the iconic Jim’s Market once stood. 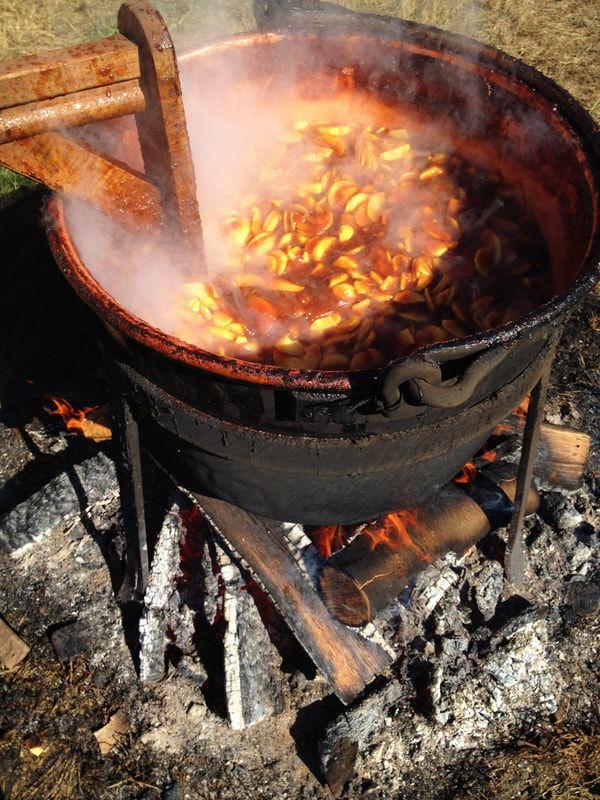 Photos contributed by the HSCC

A hot and bubbly cauldron of apple butter in the making.