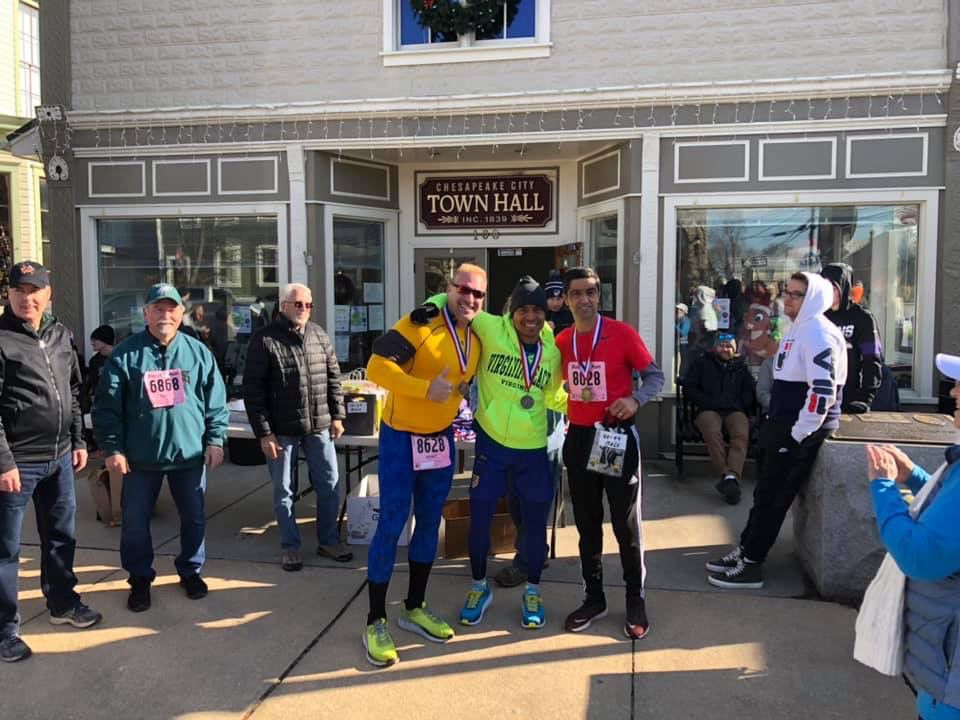 Racers pose for a photo together outside of Chesapeake City Town Hall at the New Year’s Day 5K on Jan. 1. 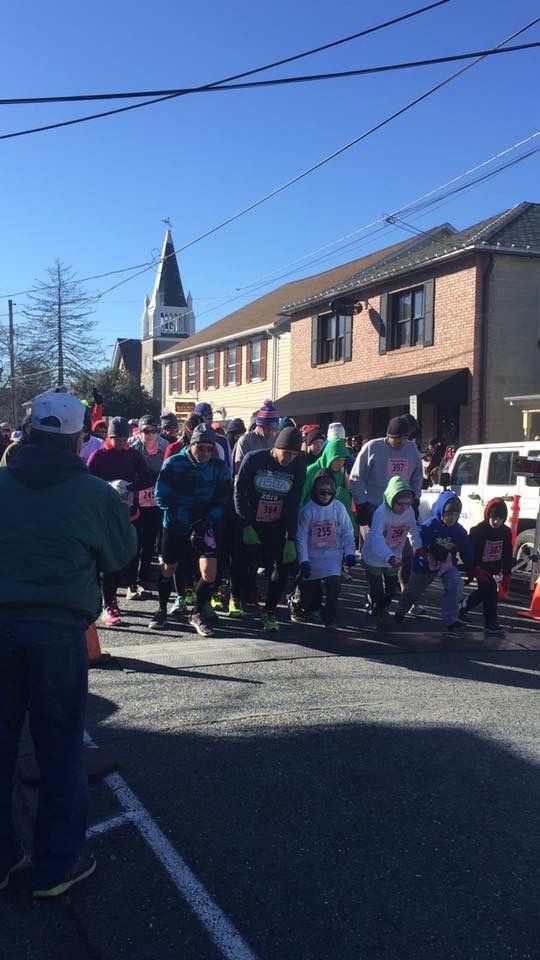 Racers pose for a photo together outside of Chesapeake City Town Hall at the New Year’s Day 5K on Jan. 1.

According to Frank Vari, Chesapeake City town councilman and race organizer, 250 people registered for the race and 233 actually participated.

“It was one of the biggest New Year’s Day celebrations that Chesapeake City has had,” Vari said.

Vari helped found the New Year’s Day 5K and June’s Canal 5K 11 years ago as a way to raise money for the town’s recycling program.

Proceeds from the race will support the program, and people even donated additional funds at the event, according to Vari.

Attendees were also asked to bring a nonperishable food item to donate to the Chesapeake City Ecumenical Association’s food pantry. By the end of the event on Jan. 1, organizers had collected an entire truck full of food, Vari said.

That giving spirit permeated the event and kicked off the new year on the right foot, according to Vari.

“I think the theme of the day was ‘Just be happy and look at your blessings and take care of another,’” he said.

As for the weather, Vari said it could not have been better.

“You couldn’t have asked for a more perfect picture day,” he said. “The wind calmed down, the water was calm and everybody had a great time.”

Registration is already open for the Chesapeake City Canal Run 5K on June 27. To sign up, visit https://raceroster.com/events/2020/29080/12th-annual-chesapeake-city-canal-race-5k.