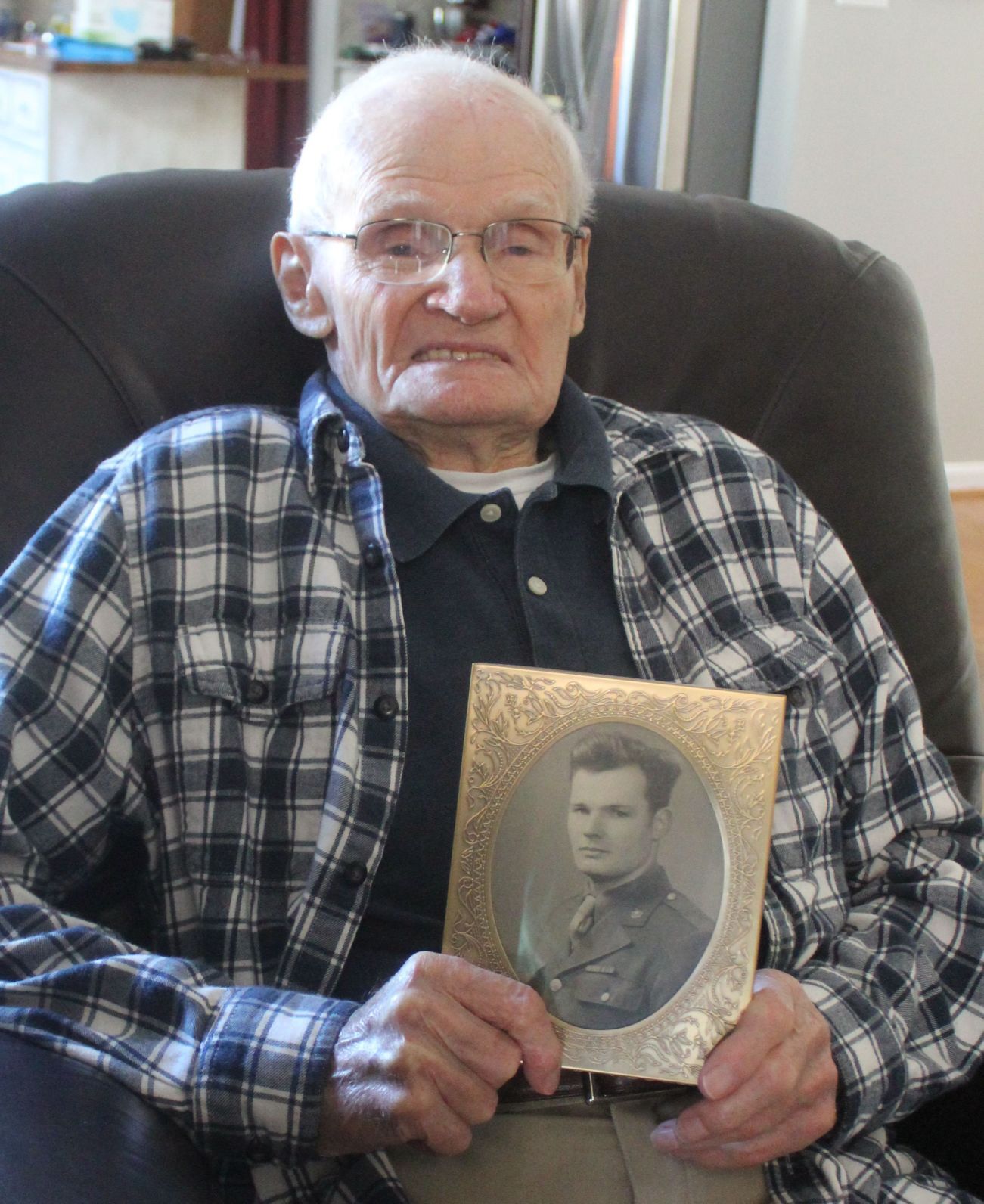 Now 100 years old, Joseph Wiggins was a 23-year-old Colora resident with a wife, a son and another on the way when he was shipped to Europe with his Army unit and would be part of several key battles including D-Day and the Battle of the Bulge. 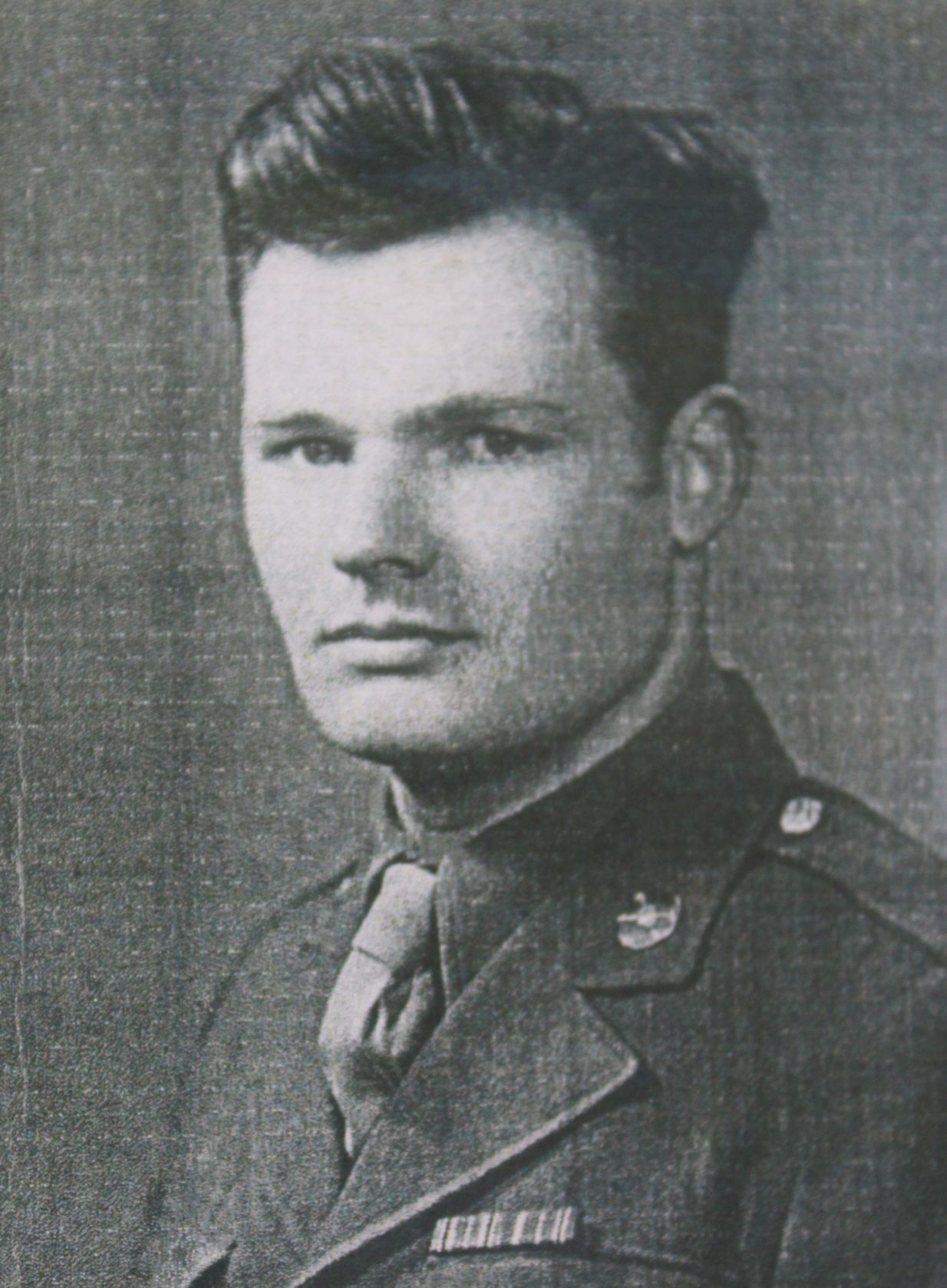 Private First Class Joseph Wiggins was a member of the US Army Battery B 461st Anti-Aircraft Artillery. The Colora native is now 100 years old but remembers details and his role in D-Day and the Battle of the Bulge

Now 100 years old, Joseph Wiggins was a 23-year-old Colora resident with a wife, a son and another on the way when he was shipped to Europe with his Army unit and would be part of several key battles including D-Day and the Battle of the Bulge.

Private First Class Joseph Wiggins was a member of the US Army Battery B 461st Anti-Aircraft Artillery. The Colora native is now 100 years old but remembers details and his role in D-Day and the Battle of the Bulge

RISING SUN — What Joseph Wiggins remembers most about being in the Battle of Normandy is fear.

He and his fellow US Army men in Battery B, 461st Anti-Aircraft Artillery sat in a LST, a floating troop carrier, for better than a day listening as the first waves of D-Day soldiers made the infamous attack during World War II.

“I was scared to death,” Wiggins said of his 23-year-old self in June 1944. After listening to the war he and his fellow soldiers got sent to Omaha Beach. “You had to move so fast you didn’t think about what was going on.”

Wiggins remembers the sights, sounds and smells of the battle in which he was one of approximately 156,000 soldiers.

“The Germans were shelling the shore, there were a lot of bombs going off and airplanes flying around,” he recalled. “That was almost two days after the initial invasion.”

He and his fellow soldiers went in blind, he noted.

“They got us all close to the beach to load up. They didn’t tell us anything,” he said. “All we knew was we were seeing guys coming back wounded.”

His was one of four batteries in his detachment operating 40 mm guns.

“There were four guns in each battery and eight guys in each crew,” he explained of his role in the Army. “I was the tracker. I aimed the weapon.”

He was born and raised in Colora, married to Erma with one child, Joe, and another on the way when he received his draft notice. He had been working in the Conservation Corps but the draft moved him to Camp Haan Army Base in Riverside, Cal. Camp Haan was built specifically to train artillery anti-aircraft personnel.

“When he was in New York preparing to go overseas mom was in the hospital to have Harry,” daughter Phyllis Wiggins Unger said. “He didn’t see Harry for two years.”

During that two year stint in the Army Wiggins saw a lot of Europe including France, Scotland and Germany.

“Germany had so many statues, bridges and such. I would have liked to have seen parts of Germany. England, I’d seen enough of,” he said.

“That was a pretty rough deal,” he recalled. “A lot of firing. A lot of planes flying. It was our last stand.”

As a member of an anti-aircraft unit he was trained to recognize both allied and enemy planes by their silhouettes in the sky.

“I saw the first jet fighter,” he said. As it went overhead Wiggins said he realized what he was seeing.

Private First Class Joseph Wiggins got separated from his unit when he contracted pneumonia. It was during a particularly brutal winter in Europe, especially for troops living in foxholes and meager tents.

It took several weeks to recover. Once well enough to return to the battle, Wiggins worked to find his unit and avoid being re-assigned.

“I was scared of that. I didn’t want to go into a different unit,” he said. So he asked an ambulance driver if Battery B had been seen anywhere. He hitched a ride back to his unit from the hospital.

He also was injured by a low hanging wire.

“The guys in the Signal Corps set wires anywhere,” he said. Sitting atop a vehicle with his gun as a headrest, a wire caught Wiggins. “It pulled me off the gun. The wire yanked me up and pulled me over the tailgate.”

There was a truck right behind his pulling a much bigger gun. Quick thinking and a heavy coat saved him, according to Unger.

“That saved him from ripping his arm off,” she said.

Another time his unit was a quarter-mile behind a convoy that got stopped by German factions. Wiggins said they learned quickly what had happened closer to the front.

“They took them out, marched them all into a field and shot them all down,” he said quietly. “It was our boys.”

But two escaped and got word to the troops to the rear, which saved many more soldiers from the same fate.

“I was really lucky,” he added. “I didn’t get into too many hot spots.”

One time he and his unit was guarding an airfield when an enemy plane flew over.

“It made an awful racket,” he said. “He dropped a big old bomb in the middle of the airfield.” The explosion destroyed the runways.

Wiggins was in Leipzig, Germany when word was received that the war was over. While relieved he said the men remained on alert, guns at the ready.

When he was finally sent home he made the transition back to civilian life easily.

“It was so relaxing. Everything seemed like....we’re free,” he said. Still, two years and a World War later he said life was changed.

“Everything was moving so fast,” he said. “It seemed a lot different to me.”

“I inspected anything from a railroad car to a Jeep,” he said. “I also inspected tanks.”

Wiggins said he pretty much picked up where he left off. Joe and Harry soon had a sister Phyllis and then a brother named Doug.

Having recently celebrated his 100th birthday, Wiggins figures he’s “had a good life.”