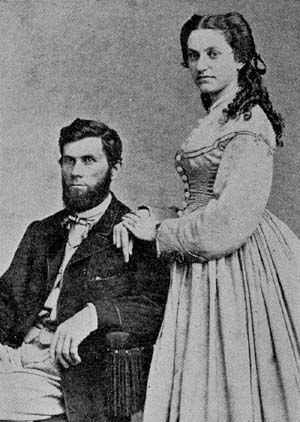 Edward Evans Ewing was a writer, a poet, and a newspaperman. He is seen here with his second wife, Emma McMurphy, of Elkton. 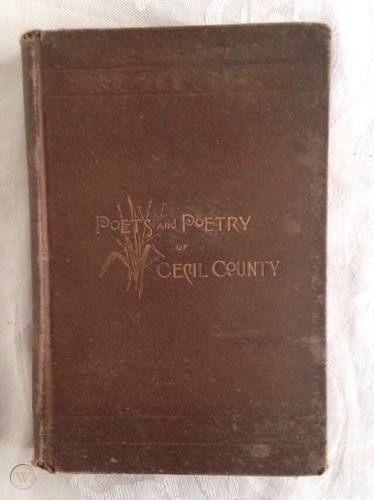 Poets & Poetry of Cecil County was published in 1887. 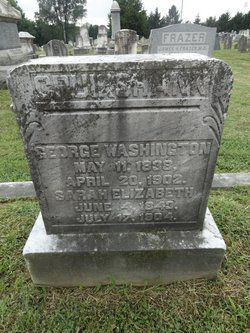 George Washington Cruikshank was born in Fredericktown, Maryland on May 10, 1838. He died in 1902 and is buried in Elkton Cemetery.

Cruikshank’s obituary details his education and careers as a lawyer, a newspaper editor and a Deputy Collector of the Internal Revenue.

Edward Evans Ewing was a writer, a poet, and a newspaperman. He is seen here with his second wife, Emma McMurphy, of Elkton.

Poets & Poetry of Cecil County was published in 1887.

George Washington Cruikshank was born in Fredericktown, Maryland on May 10, 1838. He died in 1902 and is buried in Elkton Cemetery.

Cruikshank’s obituary details his education and careers as a lawyer, a newspaper editor and a Deputy Collector of the Internal Revenue.

As was stated in September of this year, Cecil County is known for many things, but poetry is not the first thing most people think of when you mention the county. We continue looking at a book of poetry written by Cecil County poets.

The Poets and Poetry of Cecil County, collected and edited by George Johnston, was published in 1887. George Johnston is probably best known as the author of a detailed book, The History of Cecil County. The collection includes the work of twenty-seven different poets, so this review of them will be divided into three parts. This time we will take a look at George Washington Cruikshank, Edwin Evans Ewing, and Zebulon Rudulph.

George Washington Cruikshank was born in Fredericktown, Maryland on May 10, 1838. His early education was at the “common” school in Cecilton, and later he attended Brandywine Military Academy in New Castle County, Delaware. In 1858 Cruikshank graduated from Delaware College, now known as the University of Delaware.

He studied law for about a year with Charles J.M. Gwinn of Baltimore, then finished his studies with Col. John C. Groome of Elkton. On September 18, 1865 Cruikshank was admitted to the bar. On that same day, he purchased an interest in the Cecil Democrat and became its editor. Here is an excerpt from one of his poems:

Stonewall Jackson: An Impromptu On Hearing of His Death

Long, long to live in story!

In his own shroud of glory.

Question not his purpose;

Sully not his name,

Nor think that adventitious aid

Can build or blight his fame,

Nor hope, by obloquizing what

He strove for, glory’s laws

Can be gainsaid, or he defiled

Who’d honor any cause.

The world has owned its heroes;—

Its martyrs, great and good,

Who rode the storm of power,

Or swam the sea of blood:—

But, who than Jackson ever yet

Has filled a prouder grave?

Edwin Evans Ewing was born on his father’s farm on Octoraro Creek, near Rowlandsville in Cecil County. Ewing attended school during the winter and worked on the family farm during the summer until he was sixteen. As a young man, Ewing wrote poetry, which was published in local newspapers of Cecil and Lancaster counties. He contributed poetry to Philadelphia’s Dollar Newspaper. In 1856 he made a trip to the southwest, traveling on horseback through Texas. His descriptions and travels were published in the Cecil Whig.

In 1861, he purchased the Cecil Whig and was its editor until 1876, when he sold out and moved to Topeka, Kansas. The climate of Kansas did not agree with him, so he moved to Macon County, Georgia. Eventually Ewing returned to Maryland, where he and his three sons purchased the Rising Sun Journal, which became the Midland Journal.

This is an excerpt from Ewing’s poem, Asphodel:

Above thy fragile form, that bowed

Beneath the blighting frost that fell,

Thy grace and pride, sweet Asphodel.

When dreary winter leaves the plain,

And smiling spring leads forth in state,

With vestal pride, her flow’ry train,

And vernal songs of love and hope,

In one harmonious concert swell-

Amid the floral throng I’ll turn

Zebulon Rudulph, the son of Tobias and Martha Milnor Rudulph, was born in Elkton on June 28, 1794. As a young man, Rudulph was engaged in merchandising in Elkton, and became the first agent of the Philadelphia, Wilmington, and Baltimore Railroad Company in Elkton. In 1840, he moved to Memphis, Tennessee, where he published a small volume entitled “Every Man’s Book; or, the Road to Heaven Staked Out”. He remained in Memphis for a few years and then moved to Izard County, Arkansas where he died a few years before the Civil War. He was a “voluminous writer”, and the author of many poems. Very few of his poems were preserved, but many were published in the Elkton Courier. This poem was not published in the newspaper.

THOUGHTS ON THE DEATH OF MY GRANDCHILD FANNY.

Oh true, “she is not dead, but sleepeth—” Her dust alone is here; The spirit pure that Heavenward leapeth, Hath gone to bliss fore’er.

‘Twas but a fragile flower that lent Its sweets to earth a day;

From Heaven’s parterre ‘twas kindly sent, But ‘twas not here to stay.

Weep not, fond mother, that lost one; ‘Tis clasped in angel’s arms—

See how it beckons thee to come, And taste its rapture there;— No longer linger o’er that tomb— To join it let’s prepare.

The Historical Society of Cecil County remains closed indefinitely. We hope to see you in 2021.