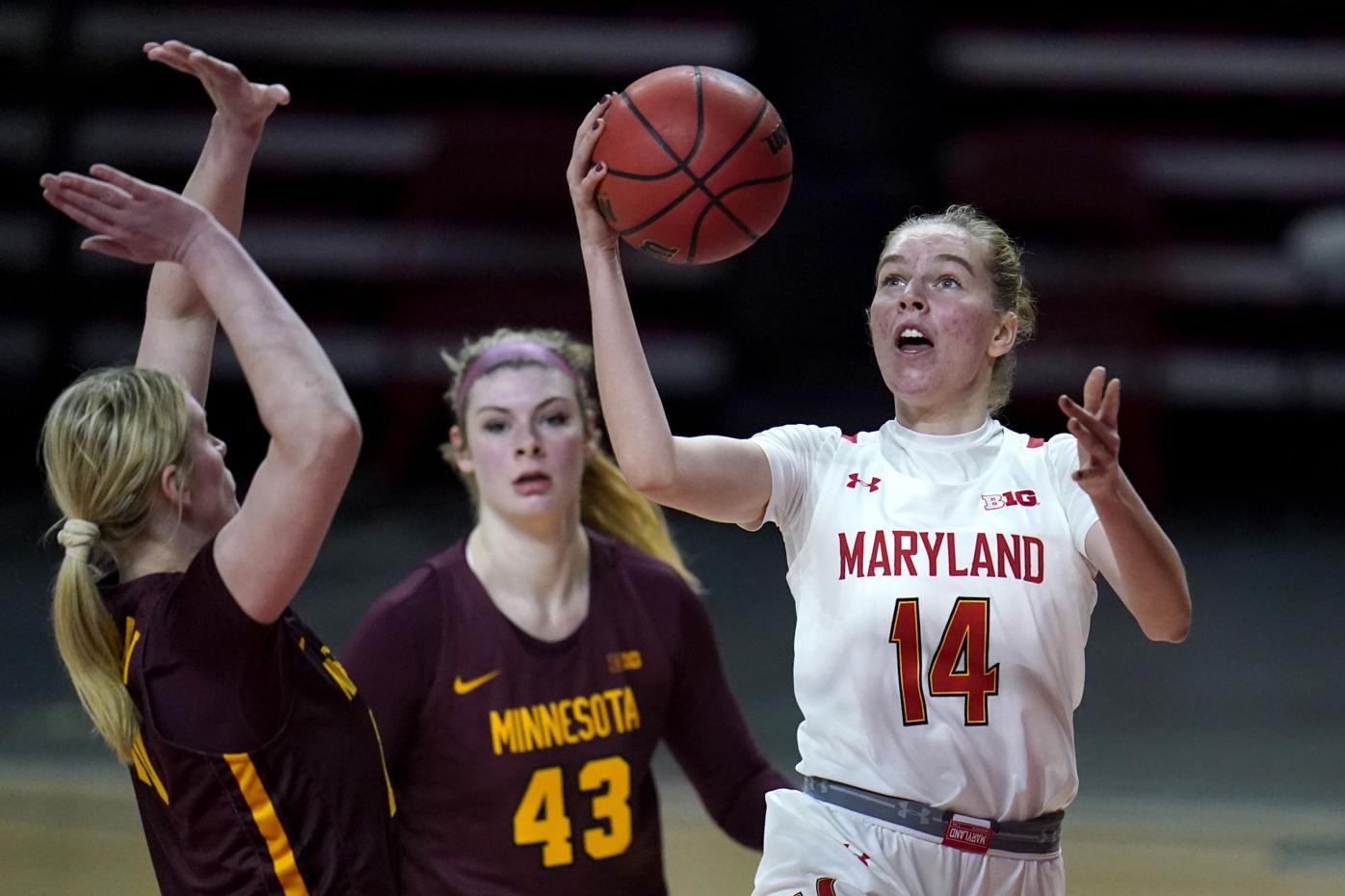 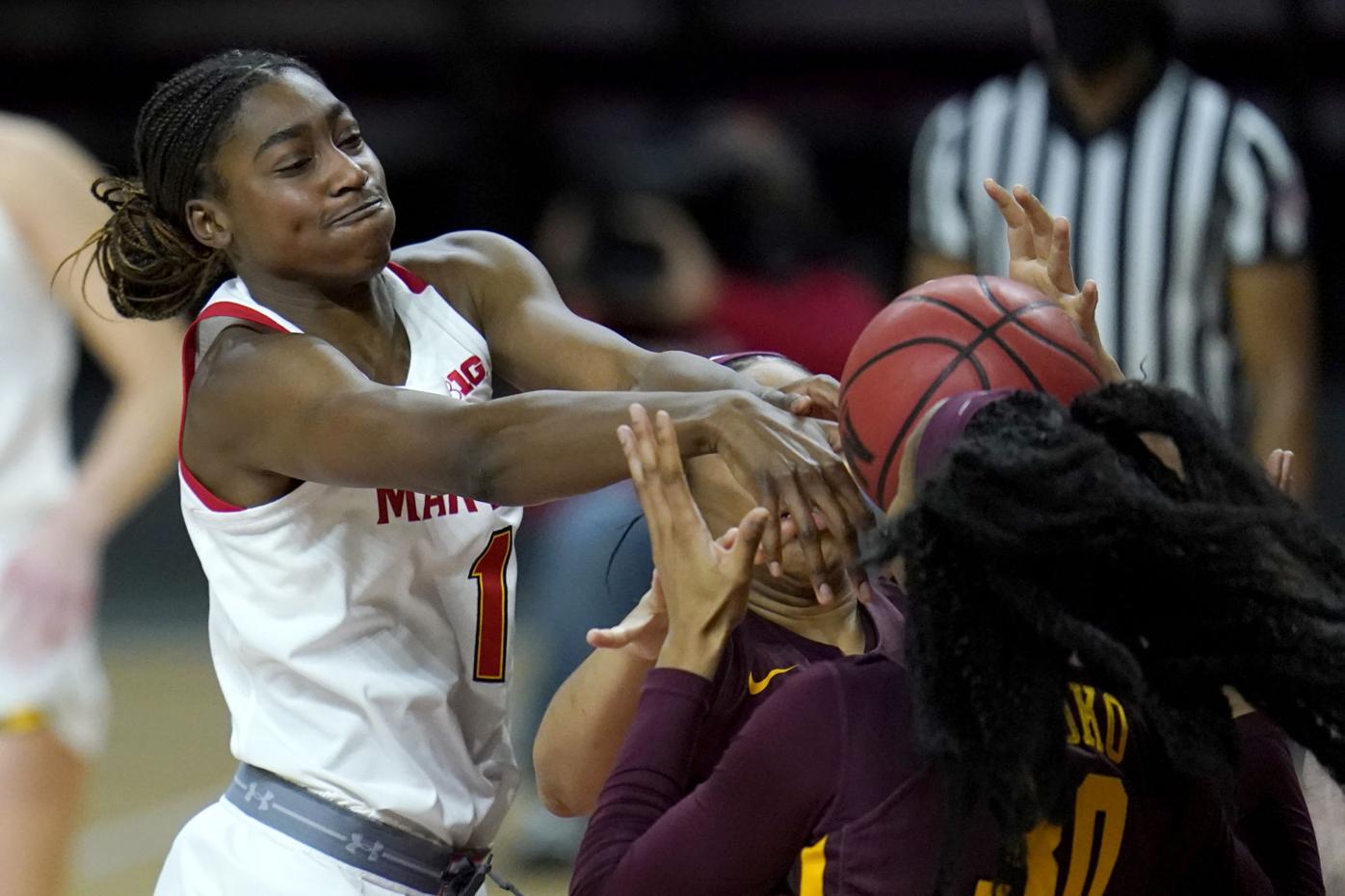 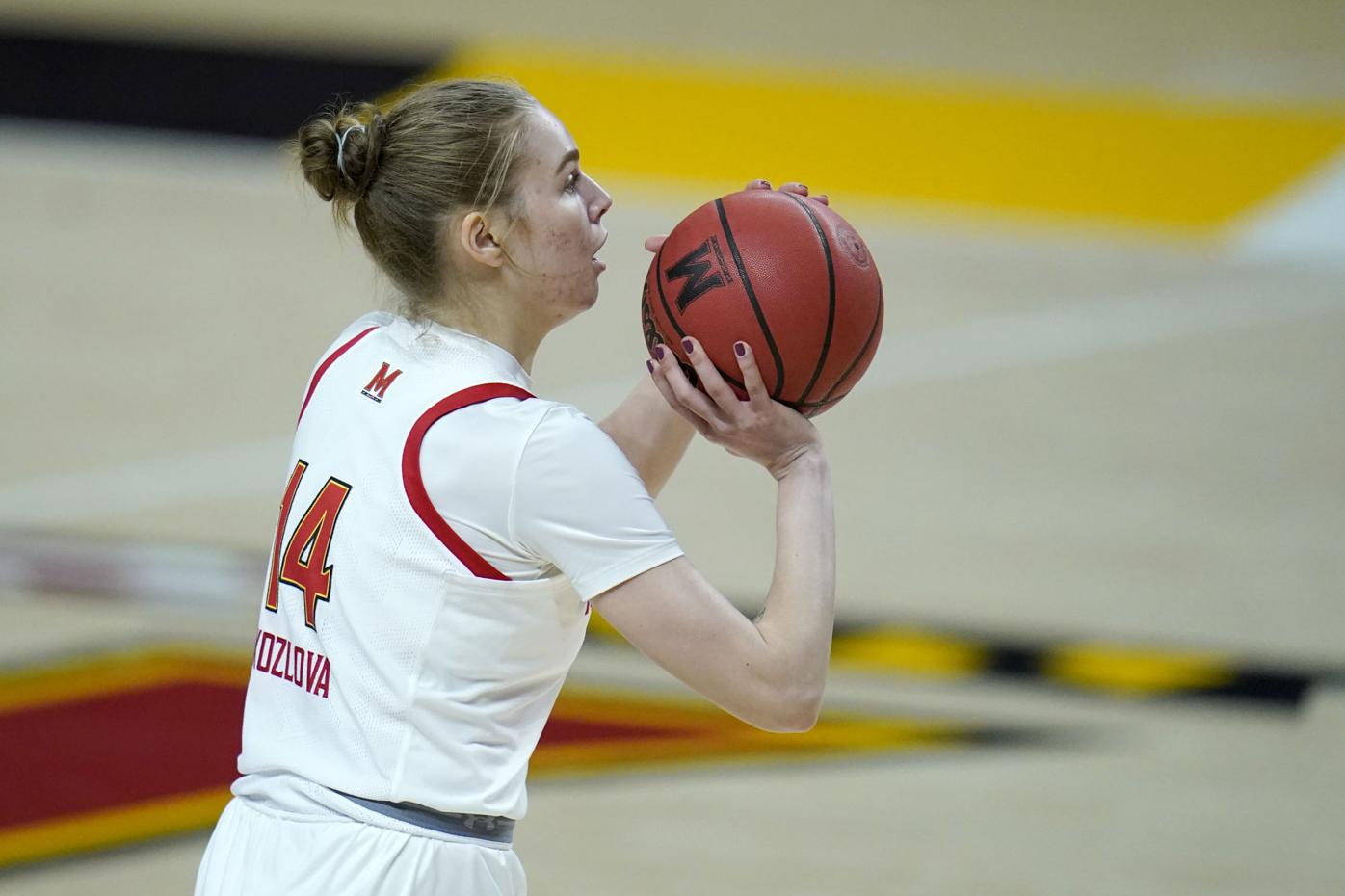 COLLEGE PARK, Md. (AP) — Maryland coach Brenda Frese dismissed the notion that her team is peaking, and she’s confident the Terrapins can get even better for the upcoming Big Ten and NCAA tournaments.

That’s a scary thought for their opponents.

Ashley Owusu scored 24 points with eight assists and No. 9 Maryland completed a season sweep of Minnesota with a 94-62 victory Saturday.

Diamond Miller added 20 points with three steals and Katie Benzan finished with 17 points for the Terrapins, who have won five consecutive games by an average of 35 points.

“I think we always have more, great basketball to play,” Frese said. “Sometimes we have those spurts where we drop off, so that’s the area that we’re trying make sure we tighten up. I will say I love where this team is going. (Defense) is where we’ve made the greatest growth. This team can really score the basketball.”

Maryland beat Minnesota 90-73 on Jan. 14 and has won all six games in the series.

Chloe Bibby added 10 points for the Terrapins, who shot 55%.

Maryland played up-tempo and a layup by Benzan provided a 33-13 lead midway through the second quarter before Minnesota’s Jasmine Powell scored and Sissoko responded with back-to-back field goals. Two free throws by Miller gave the Terps a 49-25 lead at the break.

“I playing really hard and not letting little things get to me,” Miller said.

A 3-pointer by Taisiya Kozlova gave Maryland a 70-37 lead late in third quarter and Frese was able to freely rotate the lineup.

The Terrapins took advantage of their size and outscored the Golden Gophers 44-26 inside the paint and outrebounded them 33-28.

“We didn’t (lose) any momentum going into quarters by getting great stops,” Frese said. “That’s where I am really, really excited, now we’re playing both ends of the floor and that’s what you have to be ready to have for March.”

Maryland sophomore Mimi Collins was hit in the head in the third quarter and required stitches, and there will be ongoing tests with a concussion. “She’ll continue to be evaluated,” Frese said.

Miller has increased her scoring by 10 points per game as a sophomore, averaging just over 17 for Maryland. She has started all 18 games and is shooting almost 50% from the field in Big Ten play. “I think I’m just developing to be a really good player,” Miller said. “I want to continue to grow.”

Powell entered the game as one of only four players in the country averaging at least 15.5 points and 5.7 assists. The others are Iowa’s Caitlin Clark, Connecticut’s Paige Bueckers and Owusu.

Minnesota: The Golden Gophers have played better over the second half of the season, but they still have to play stronger defense to compete with upper echelon teams like Maryland, which had just two turnovers.

Maryland: The Terrapins are the highest-scoring team in the nation, but their defense has been just as good the past month. Maryland was especially effective against Minnesota with its traps and pressure, forcing four shot-clock violations.

Maryland: Hosts Iowa on Tuesday as a makeup game for Jan. 21 game that was postponed out of caution for player safety following the presidential inauguration.