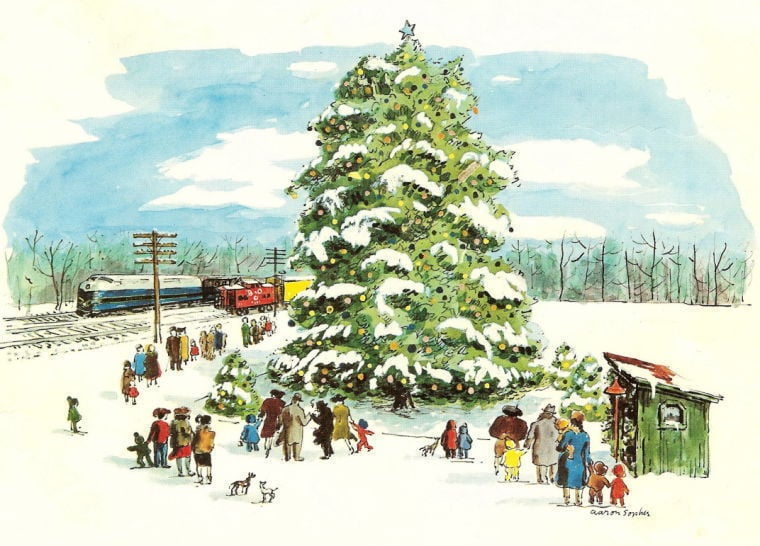 An illustration of our County’s famous Holly Tree located just north of Perryville. 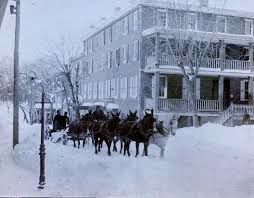 A horse drawn carriage as it passes by the Howard Hotel in Elkton on a snowy day sometime in the late 1800’s. 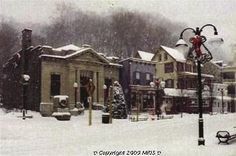 A modern photo of a white Christmas in downtown Port Deposit. 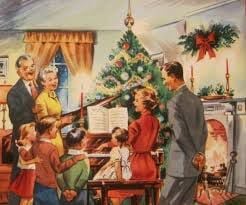 Vintage postcard of a family gathering at Christmas time.

An illustration of our County’s famous Holly Tree located just north of Perryville.

A horse drawn carriage as it passes by the Howard Hotel in Elkton on a snowy day sometime in the late 1800’s.

A modern photo of a white Christmas in downtown Port Deposit.

Vintage postcard of a family gathering at Christmas time.

CECIL COUNTY – If you read my articles, then you should know by now that I love local history. One of my favorite past-times is reading old Cecil County newspapers. I think my love for this came from my grandmother, Frances, who kept various clippings from the newspapers as they related to our family. She kept birth announcements, obituaries, random family sightings at Newberry’s, and even divorce proceedings (ha!). If it was relevant to our family, she clipped it. As an adult, I appreciate the fact that she preserved our family’s history and made it easy for us to look back on and enjoy.

Getting ahold of old newspapers wasn’t as easy as my grandmother made it seem to me as a kid. It used to involve having to go to the library and access them on microfiche. Thanks to the Library of Congress’ “Chronicling America” project, accessing old newspapers is so much easier now. We have the ability to access thousands upon thousands of newspapers from all over the nation. I thought since so many of us are unable to visit our loved ones on this Christmas day, it might be a fun distraction for us to journey back in time and live vicariously through some of our Cecil County ancestors.

So, here is my Christmas gift to all of my readers. I hope you can enjoy the day despite possibly being separated from your loved ones.

From the “Through the County” section of the Cecil Whig published on Saturday, December 28, 1895 the following was documented:

In Port Deposit, Mrs. J. A. Gerry (presumably the same namesake as that of the famous Gerry House located on Main Street) was quite busy during this time. The Whig reports that Mrs. Gerry entertained her son, Herbert, as well as Rev. and Mrs. Harry Westerfield, who were her guests all week long!

Also, in Port Deposit, “Mr. James Campbell left for New York Tuesday morning.” That’s all the Whig reported. Not really that exciting unless you were a burglar looking for empty homes to break into.

In this edition of the Whig, there is reference to a strike happening in Philadelphia at the time. The Whig reported that many people opted to do their holiday shopping in Baltimore that year instead.

Flash forward five years to 1900 and from the Saturday edition of the Cecil Whig dated December 29th, the following was reported:

“Miss Emma West and Mr. John Donache, both of Octoraro, this county, were married on Thursday evening, December 20 at Fremont M. E. Parsonage, by the Rev. Frank Mack.”

In the Appleton area on Friday, December 28th, “Mr. John E. Gallaher of Cherry Hill is the guest of his daughter Mrs. S. T. Kimble” and Miss Annie Scott, also of the Appleton area, “will conduct the C. E. prayer meeting at Jackson Hall on Sunday. Topic ‘The Old and New Year Purposes’.”

From the Saturday, December 25, 1915 edition of the Whig, the following was documented:

Also, from the area, “The heaviest mail that ever went through the North East Postoffice was handled this week in a most efficient manner by Postmaster Peach and assistants, and R. F. D. men.”

Frank Jackson and Wilson Biddle had quite a haul as they apparently “killed 44 canvasback ducks on the flats on Monday.”

And finally, in Perryville, Mrs. Sarah Berry was “spending a few days in Wilmington” for the holidays. “Mrs. John Brown and children spent Sunday with Mrs. James Patterson near Perryville.”

To enjoy more tidbits like these from our county’s history, be sure to check out the Library of Congress’ Chronicling America website.

I hope everyone has a safe and happy Christmas.