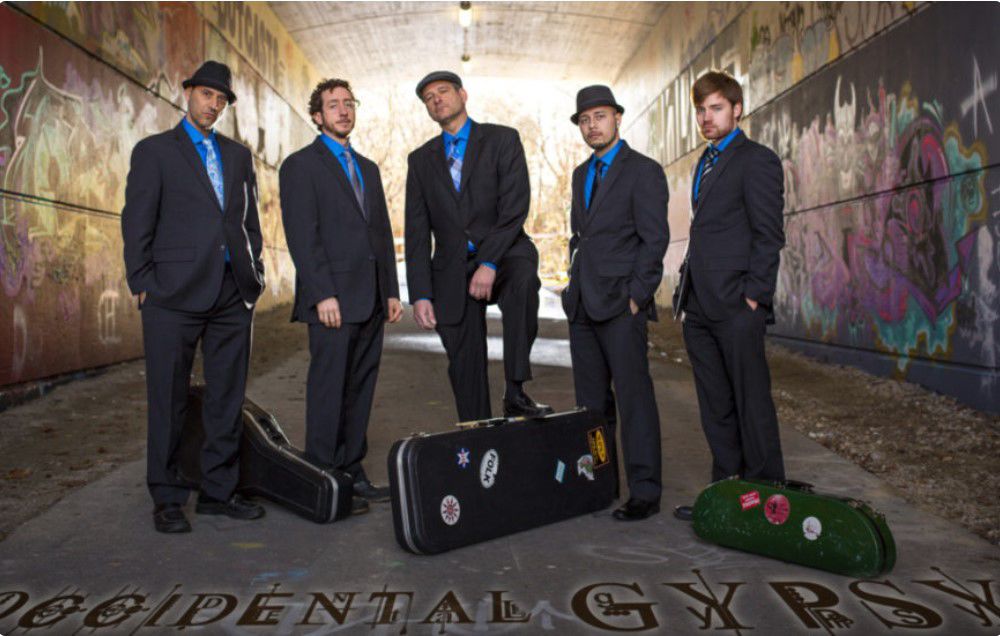 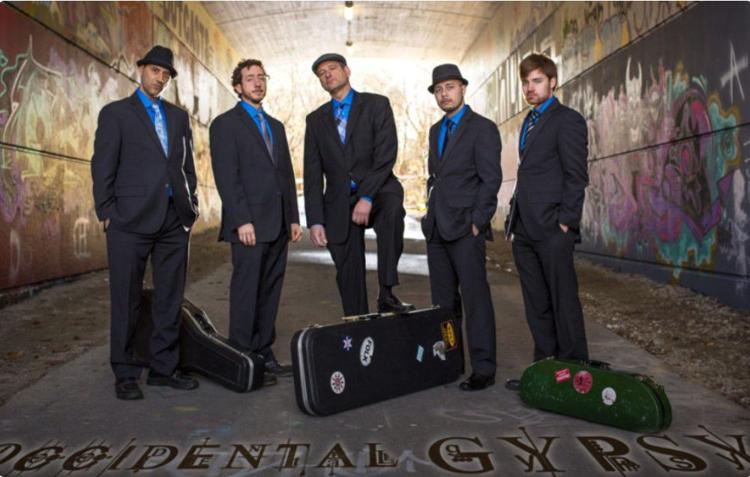 Occidental Gypsy has an original approach to Gypsy Jazz that pays homage to Django Reinhardt and expands the genre to include elements of western (Occidental) sounds, including blues, Klezmer and Latin. Their high energy original music has gained them featured spots at Django Festivals across the country, and earned them the nickname “rock stars with acoustic guitars.”

The acoustic quintet features prodigy Eli Bishop on violin, who performs regularly at Jazz at Lincoln Center. Bishop enthralls audiences as the current Guinness Book of World Records fastest clapper, and this talent is also featured in their song “Messalina, Lover Lamb.”

Don Heckman of the LA TIMES says “…irresistible, a virtual definition of an era when jazz was often described as “hot” music. Occidental Gypsy’s rhythm section, usually driven by the surging rhythm guitar of Brett Feldman, hit one irresistible rhythmic groove after another, “hot” was the best applicable adjective.”

CHICAGO TRIBUNE says “… sonic pleasures to be had, particularly in an energetic, gypsy-jazz transformation of Duke Ellington’s “It Don’t Mean a Thing (If It Ain’t Got That Swing),” which opened the evening. More than once, vocalist-guitarist Frantz brought the large crowd to near silence through the warmth and openness of his singing, as in “Georgia on My Mind.”