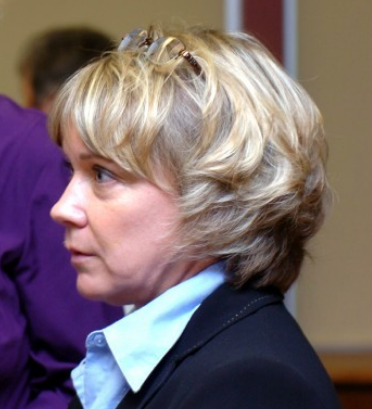 Mary Beyer Halsey has been indicted in federal court in Baltimore on six counts revolving around her alleged straw purchase of a Rising Sun area home. She faces 30 years in prison for each charge announced Thursday. 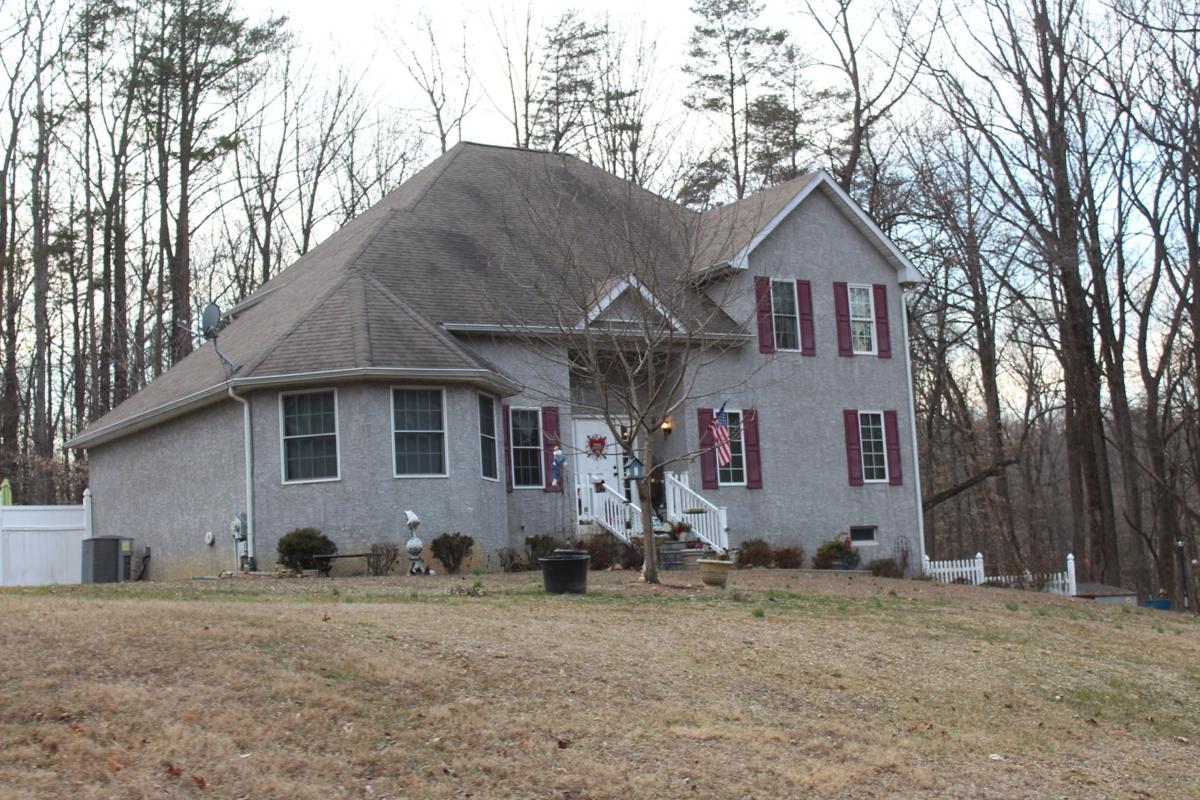 This house at 127 Ebenezer Church Road in Rising Sun is at the center of a six count federal indictment announced by the US District Attorney’s Office in Baltimore Thursday against Mary Beyer Halsey, former president and CEO of Cecil Bank.

Mary Beyer Halsey has been indicted in federal court in Baltimore on six counts revolving around her alleged straw purchase of a Rising Sun area home. She faces 30 years in prison for each charge announced Thursday.

This house at 127 Ebenezer Church Road in Rising Sun is at the center of a six count federal indictment announced by the US District Attorney’s Office in Baltimore Thursday against Mary Beyer Halsey, former president and CEO of Cecil Bank.

BALTIMORE — The former president and chief executive officer of Cecil Bank, Mary Beyer Halsey, has been indicted on six federal charges in a Feb. 13, 2020 indictment returned Thursday in U.S. Federal Court in Baltimore.

Halsey, 59, from Rising Sun, is accused of conspiracy to commit bank fraud, bank fraud, receipt of a bribe by a bank official, false statement in bank records, and false statement to a bank examiner in connection with the alleged straw purchase of a home on which Cecil Bank had foreclosed. The home was located in Rising Sun.

Currently, she is free pending trial.

In a prepared statement issued on behalf of Cecil Bank by the board of directors, William H. Cole IV, chairman, said there would be no comment on the pending legal matter. However the statement noted that it does not involve any current employees, staff or officers.

“It is important to note that no current Cecil Bank employee or any current Cecil Bank Director is involved in any aspect of these legal matters. Our Bank is steadfast in its commitment to working tirelessly for over 60 years on behalf of our customers, shareholders and the communities we serve, and we are proud to be the last remaining community bank headquartered in northeastern Maryland.”

Romero pointed out that TARP was established to “bail out banks and stabilize financial institutions.”

“Bankers that break the law to personally enrich themselves will be investigated, caught, and prosecuted,” Romero said. “I thank U.S. Attorney Robert K. Hur and his team for standing with SIGTARP in the fight against TARP-related crime.”

In September 2010 Halsey and Jack Goldstein, then president of NBRS Financial in Rising Sun, announced that both local institutions had been cited for missing TARP payments. Both Halsey and Goldstein told the Cecil Whig at that time that their respective banks had the money to make the payments but had received no orders to cut the checks.

Halsey changed positions at Cecil Bank in 2013, becoming the bank’s chief operating officer and vice-chairman of the bank’s board of directors.

Cecil Bank filed for Chapter 11 bankruptcy in July 2017, a voluntary petition coupled with a plan to raise $30 million in stock sales. By October that year they were out of trouble, having raised that money, calling it “a brand new chapter for Cecil Bank.”

In the charging documents, Hur outlined how Cecil Bank received $11,560,000 in TARP funds in 2008 under the Capital Purchase Program.

In April 2011, the bank foreclosed on a home at 127 Ebenezer Church Road in Rising Sun. Later that year, the bank ordered an exterior-only appraisal of the property showing a market value of $263,000. A subsequent appraisal put that price up to $295,000.

The 6-count indictment alleges Halsey conspired with Daniel Whitehurst, an employee of a real estate development company licensed in Maryland, to defraud Cecil Bank and another bank and purchased the home under false pretenses. Halsey is accused of helping Whitehurst obtain a line of credit with Cecil Bank worth $650,000. In return, Whitehurst would agree to be the straw purchaser of the home on Halsey’s behalf.

According to the Maryland Department of Assessments and Taxation, Whitehurst is still the property owner, although it is not his principal residence.

The indictment further alleges that Whitehurst gave false information as to the condition of the property and used inappropriate properties for comparison to justify purchasing the home for $150,000. Halsey is accused of presenting the falsified report to the board of directors without disclosing her personal interest in the property, nor Whitehurst’s involvement on her behalf.

In March 2012, the pair met at a restaurant in Cecil County to finalize the details of the exchange. Two months later, Whitehurst allegedly emailed the bank about his intention to purchase 127 Ebenezer Church Road for $145,000, while Halsey appeared before the board of directors and announced the offer was $140,000 — noting the property had “structural deficiencies and will require significant repairs.” With orders to negotiate the best price, Whitehurst submitted a contract for a $150,000 purchase price, which Halsey approved on Aug. 17, 2012.

Whitehurst went to another bank in October that year to obtain a $100,000 loan to purchase the same home for himself. The indictment states Halsey wired $75,000 to Whitehurst to cover closing costs, the down payment and upgrades. Halsey came to the settlement table representing Cecil Bank, selling the property to Whitehurst for $150,000.

Further, the indictment claims Halsey lied to a bank examiner from the Federal Reserve Bank in Richmond who was inquiring about the sale, saying she was “not totally familiar with [that] property” and that the bank had not listed it with a realtor because of issues with the county over outstanding bonds.

Lastly, the indictment also points to a series of emails between Halsey and Whitehurst in which he is seeking money owed for the monthly mortgage payment and fees on the additional $100,000 loan from Rosedale Federal. Halsey allegedly sent him three checks totaling $60,000.

Whitehurst, a 36-year-old from Bel Air, pleaded guilty on April 6, 2018, under seal, to mail fraud. He, too faces a maximum 30 year sentence A sentencing date has not been set.