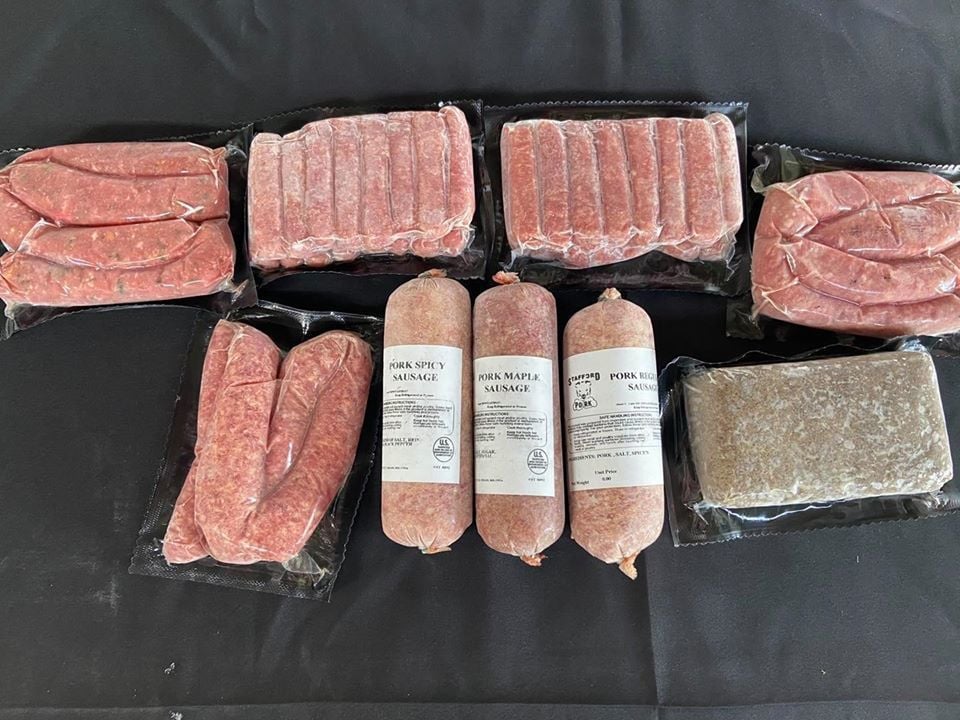 Stafford Angus and Stafford Pork now offer individually packaged cuts at stores all over Cecil County. Customers can still purchase whole, half and quarters as well as bundles. 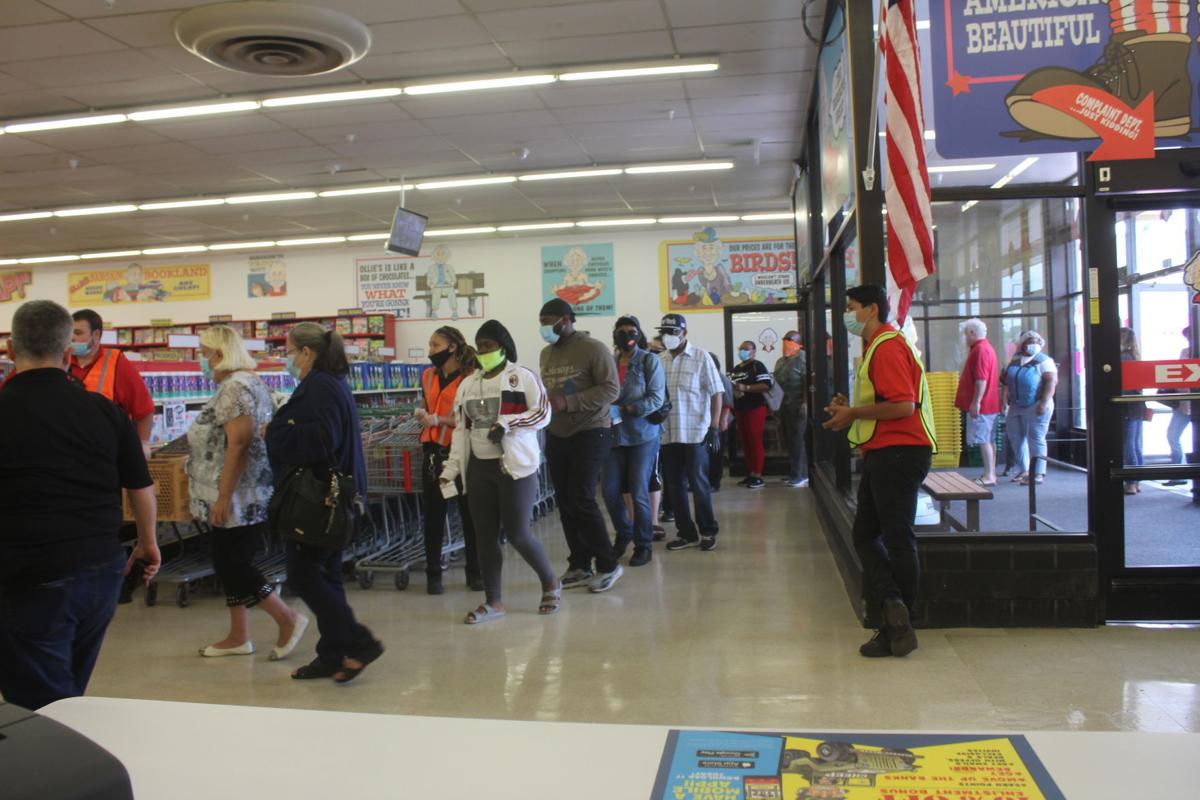 After waiting in line for several hours the first customers are allowed in to Ollie’s Bargain Outlet in the Big Elk Mall. 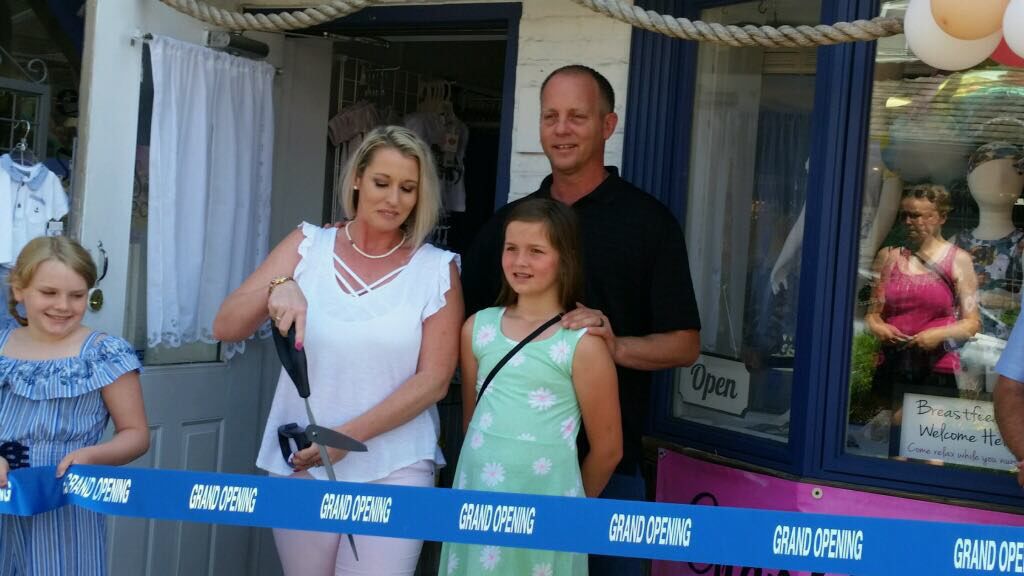 Christina Aldridge, owner of Deep South Posh Boutique in North East, gets support from her husband Rodney and daughter, London, as the ribbon is cut Saturday at the grand opening. 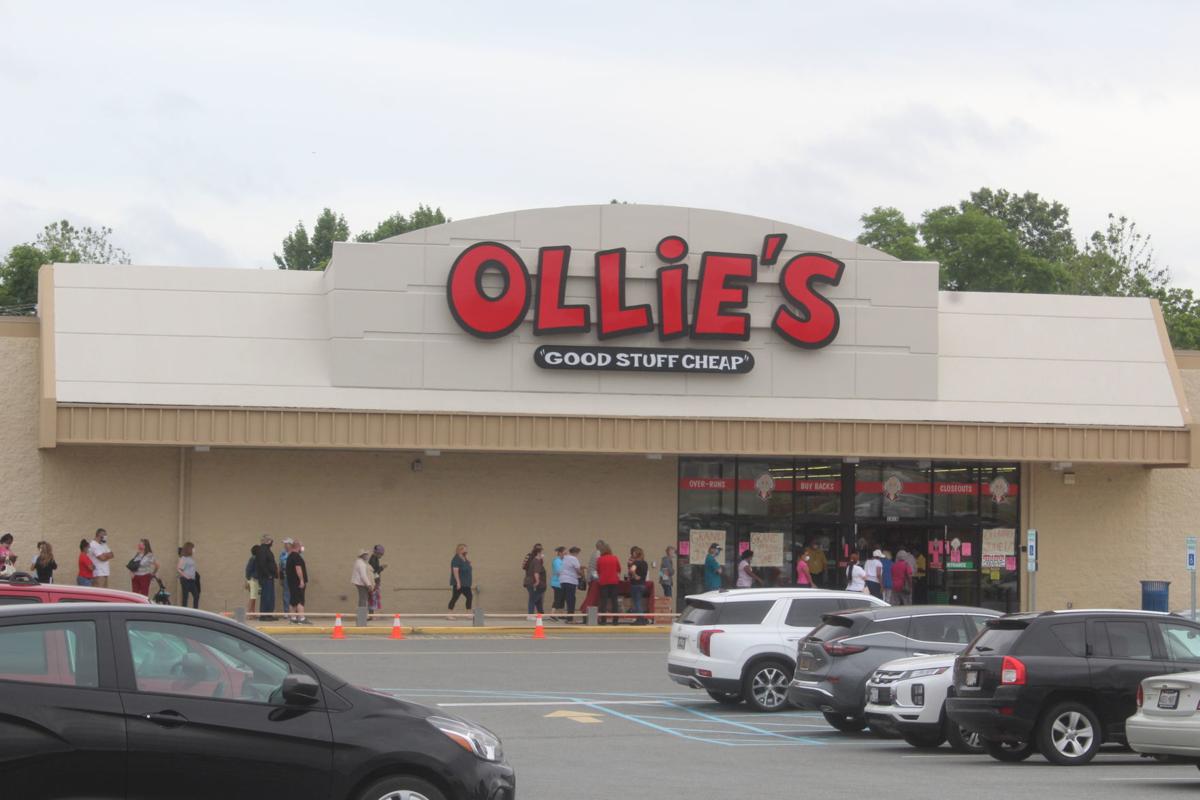 Even with its doors open, there was still a line at Ollie’s Bargain Outlet in the Big Elk Mall last week because COVID-19 restrictions limited the number of people allowed inside for the grand opening. The line stretched last Planet Fitness. 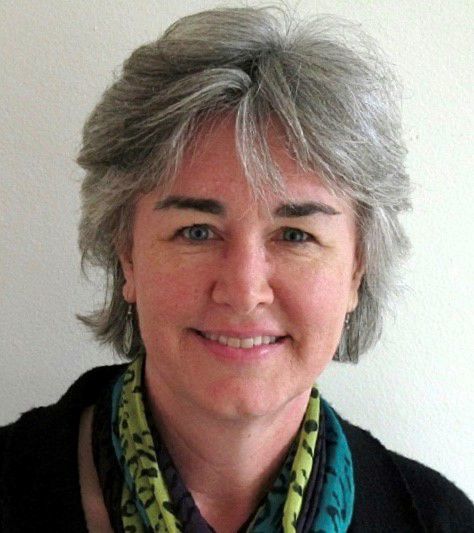 Stafford Angus and Stafford Pork now offer individually packaged cuts at stores all over Cecil County. Customers can still purchase whole, half and quarters as well as bundles.

After waiting in line for several hours the first customers are allowed in to Ollie’s Bargain Outlet in the Big Elk Mall.

Christina Aldridge, owner of Deep South Posh Boutique in North East, gets support from her husband Rodney and daughter, London, as the ribbon is cut Saturday at the grand opening.

Even with its doors open, there was still a line at Ollie’s Bargain Outlet in the Big Elk Mall last week because COVID-19 restrictions limited the number of people allowed inside for the grand opening. The line stretched last Planet Fitness.

Several years after offering whole, half and quarter beef and pork products, Stafford Farm has added packaged meats to its line up.

“We added pork when the kids started raising pigs for 4-H,” Jeff Stafford, owner of the family farm on Old Elm Road near Elkton, said Monday. For years the family has been raising Angus beef cattle, selling it by the whole, half and quarter as well.

Bundles followed the whole and half meats. Customers could order a package of select beef steaks, ground beef, roasts and stew beef, or pork packages with chops, ribs and roasts for example. Then came pulled beef and sloppy joe, which led to packaged cuts for individual purchase.

Staff-herd Angus Jerky and Snack Sticks were a hit almost the minute they hit the shelves in Cecil County stores.

“We have the Jerky and Snack Sticks in 20 stores,” Stafford said. The list includes liquor and locally owned convenience and corner stores. “Benjamin’s Store (in Rising Sun) carries everything.”

Other stores carry certain items in the Stafford Pork or Stafford Angus line.

All the beef and pork is grown in Cecil County on the Stafford Farm. Now the farm has entered into the packaged meat sales, shipping livestock to a butcher for USDA certification and processing.

“We have 160 head of beef and pork we probably have 30,” Stafford said. “We’re getting ready to send out the newsletter announcing we’ve added lamb.”

Because the Cecil County Fair was canceled by the COVID-19 pandemic, Stafford said those 4-H lamb projects are now being offered packaged alongside the sausage, scrapple and pork grillers.

“A pork griller is like a hot dog only bigger,” he said.”It’s good on the grill.”

Speaking of the pandemic, Stafford noticed a lot of the attention has been turned to the local stores, whose shelves never seemed as empty as the chains.

“I hope this ‘shop local’ sticks when this is over,” Stafford said.

Deep South Posh Boutique had a successful grand opening Saturday according to Christina Aldridge, owner of the shop at 102 South Main St. in North East.

Aldridge said the celebration went above and beyond what she expected with more than two dozen guests including North East town and chamber of commerce officials.

To find out more about Deep South Posh Boutique check out the Facebook page.

Speaking of grand openings, there was a long line of people waiting to get into Ollie’s last week. The 36,200 square foot addition to the Ollie’s Bargain Outlet chain in the former Kmart in the Big Elk Mall in Elkton quickly filled with eager shoppers.

Ollie’s will be open Monday through Saturday 9 a.m. until 9 p.m. and 10-7 Sunday. Law said the store added 59 full- and part-time jobs to the local economy.

Renna Van Oot is the new executive director of Family Promise of Southern Chester County. Coming to the Kennett Square, Pa. organization from non-profits in the Philadelphia/Wilmington region she brings broad experiences in community needs and services.

Van Oot joined Family Promise in March, just as the COVID-19 pandemic was taking hold. Kim Zuleba, board president, said the novel coronavirus has affected how their organization functions and responds.

“Our new reality is that more families are at risk of spiraling into homelessness,” Zuleba said. “Family Promise is responding by offering prevention and stabilization services. Renna’s combination of nonprofit leadership experience, operational expertise and strategic planning is welcomed as the demand for our shelter, services and programs are at an all-time high and we are evolving our long-term support strategy to meet community needs.”

The Broadband Expansion Project recently announced the completion of installation of Comcast internet service at 23 homes north of Elkton. Residents of those homes along Barksdale and Cat Swamp Roads now have the option to connect with the internet service provider; a utility that was previously unavailable according to David Black, GIS Coordinator for Cecil County.

Cecil County obtained a $48,400 grant from the Upper Shore Regional Council to do the work in partnership with Comcast.

Black said there are still some 2,200 homes in 77 locations still not connected to the internet. The largest is an area south of Chesapeake City where nearly 185 homes do not have broadband.

The Cecil County Chamber of Commerce will take part tomorrow (June 25) in a national town hall event to discuss real efforts to change the climate of this country to a more just society for all. Business and community leaders will take part.

After the town hall the local chambers will host programs in their communities to further the dialogue.

To help its clients survive the new normal that is COVID-19, Blue Blaze Associates in Newark is now developing multi-channel strategic marketing plans that include a digital tour option. Businesses such as White House Village, an active senior living community in Pennsylvania, needed a new way to allow for tours of its facilities and amenities. Blue Blaze came up with a complete program including online tours and matching marketing and advertising tools.

Blue Blaze guided White Horse Village through a brand refresh to update its 30-year-old logo with a more modern approach to authentically capture the essence of the community and serve as the creative foundation for a variety of new materials, which include a custom marketing kit, sales brochure, and newsletters.

Maryland Attorney General Brian Frosh has reached a $20 million settlement with Wells Fargo & Company in a consent order surrounding claims made by the financial company during the 2005-2005 housing crisis.

“Wells Fargo allegedly misrepresented the quality of some of the loans backing its RMBS,” sFrosh said. “Wells Fargo’s misconduct contributed to the 2008 financial crisis. This settlement will recoup losses that Maryland suffered through Wells Fargo RMBS investments while also providing additional funds for the State.”

There’s a huge sale going on this week at Ritchie Brothers‘ 29 auction sites including the one in North East.

More than 35,000 pieces of heavy equipment are up for sale including wheel loaders, dozers and excavators. At the North East location, Ritchie Brothers is holding one of its four premiere auction events with at least 5,800 items. Because of COVID-19 this is an online auction so traffic in and out of the site on Route 40 should be less than what is typically seen.

“Our ability to drive demand and attract record numbers of bidders during this time of great uncertainty is proving very valuable to many of our customers who need liquidity right now,” said Ann Fandozzi, Chief Executive Officer, Ritchie Bros. “As a result, buyers have access to an outstanding selection of late-model, low-hour equipment. We encourage interested bidders to get online, do their research, and get ready to add a new piece to their fleet this week.”