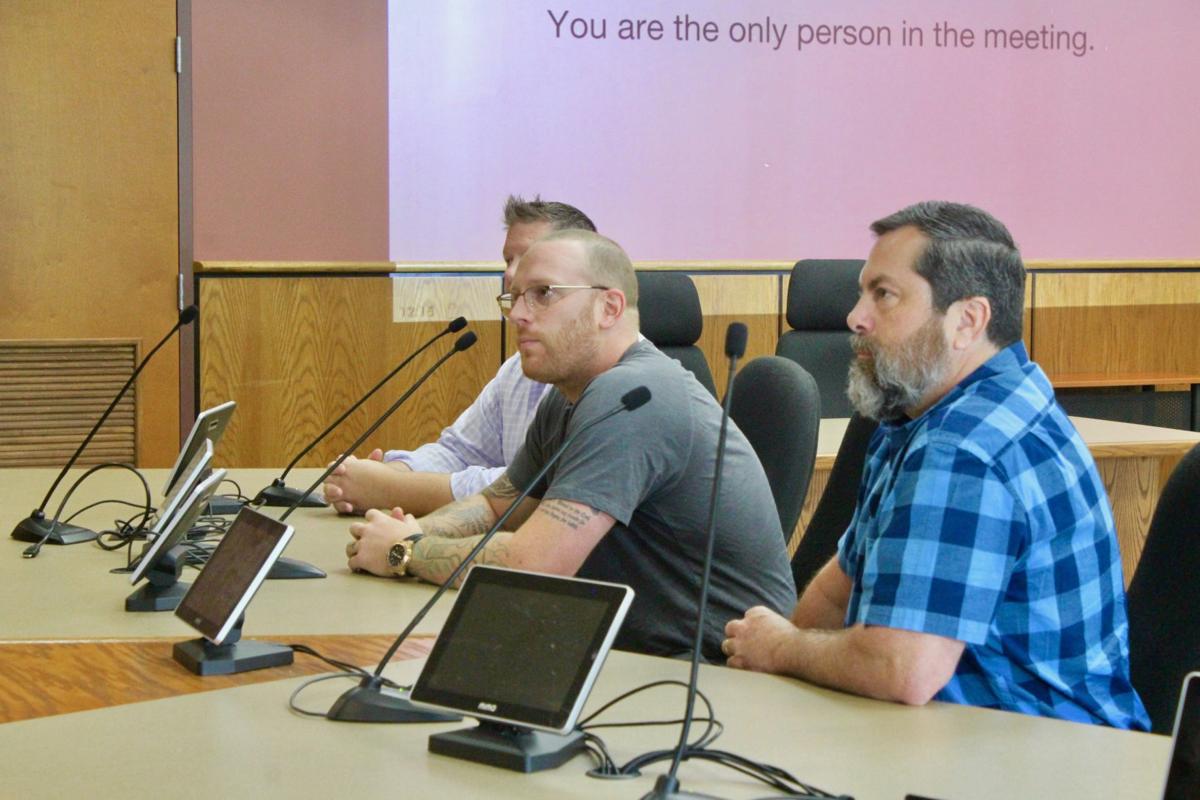 Bog Turtle Brewery owners Chris Davis, center, and Steve Applegate, right, came the Cecil County liquor board to receive approval for a license to open a brewery in Rising Sun. 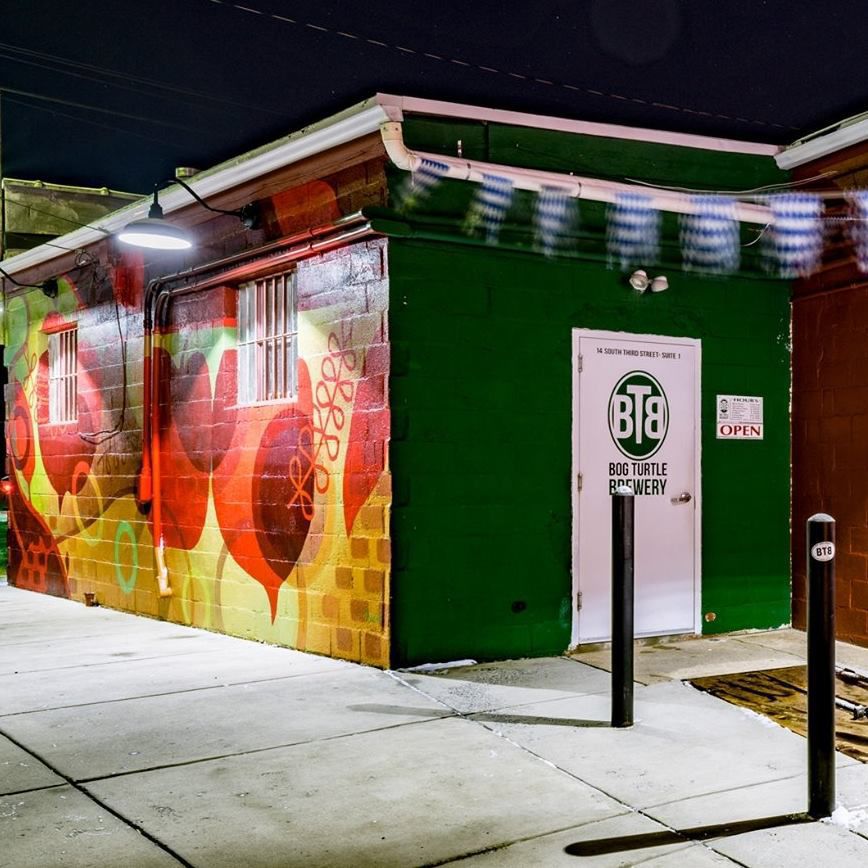 Bog Turtle Brewery, which opened its Oxford, Pa., location in 2016, is now looking to open a second location in downtown Rising Sun. 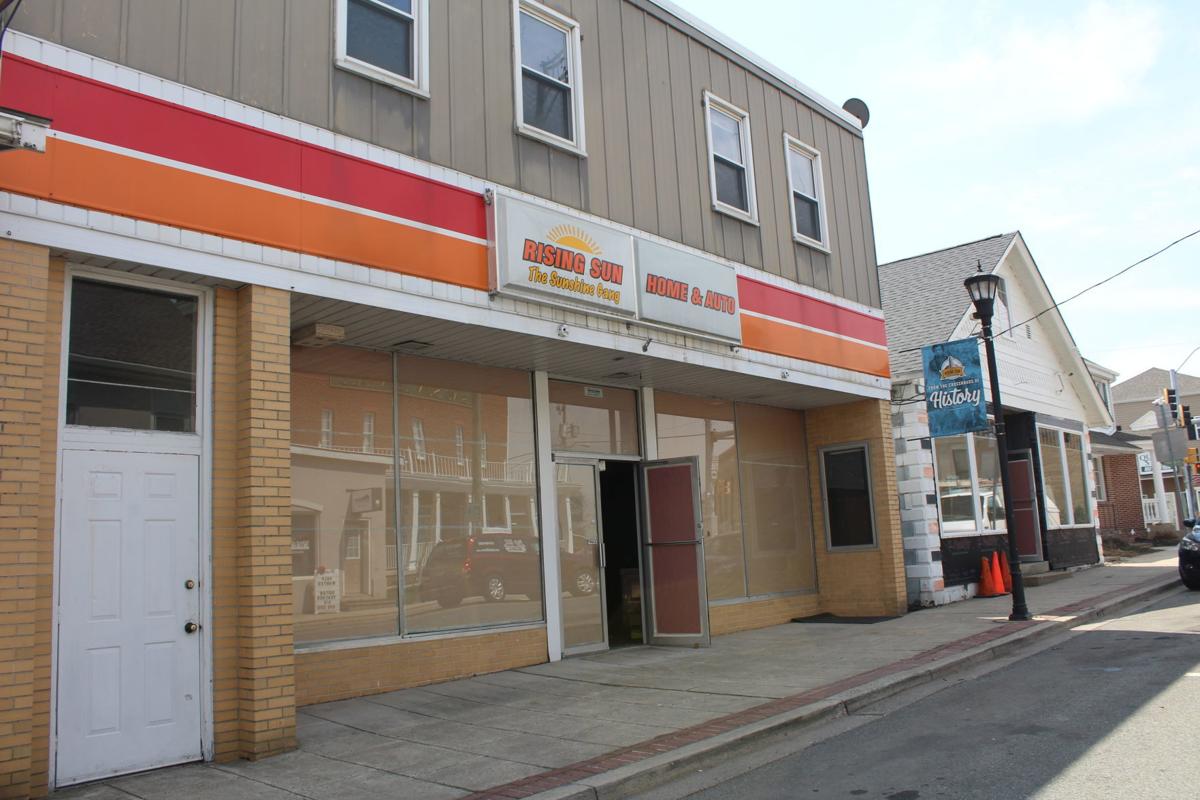 Bog Turtle Brewery owners Chris Davis, center, and Steve Applegate, right, came the Cecil County liquor board to receive approval for a license to open a brewery in Rising Sun.

Bog Turtle Brewery, which opened its Oxford, Pa., location in 2016, is now looking to open a second location in downtown Rising Sun.

ELKTON — Bog Turtle Brewery has eyes set on becoming the first brewery to open for business in Rising Sun in 2020, a promising step forward for the town’s efforts for an economic resurgence.

The brewery was revealed to be a future tenant of the former Western Auto store at the Cecil County Board of License Commissioners meeting Wednesday. The building is now owned by Jeremy and Angie Vanderhoef, the Pennsylvania couple who renovated the neighboring building into Rise N Grind Cafe one year ago.

Bog Turtle Brewery will move in 10 E. Main St. early next year, right next door to the cafe and at the heart of Rising Sun. The county liquor board approved the brewery for a Class B license, prompting applause from the Vanderhoefs in the audience.

Brewery owner Chris Davis told the liquor board that their brewery has grown organically since it opened in Oxford, Pa. It started as a hobby with six friends, but later grew into a full-fledged business in the borough by 2016, according to media reports.

“People wanted growlers, and the next thing you know, we’ve created a tasting room. We are looking to grow, and then Angie, who’s a customer, approached us with the opportunity to expand,” Davis told the board. “We came here and drove around Rising Sun, and it’d be a great opportunity for us to come and do something for the town.”

The Rising Sun brewery will also include a full-service kitchen to be used for appetizers and other snacks, which patrons could “make a meal out of,” Davis said. Once it’s up and running, Bog Turtle Brewery will host its popular Bingo Nights and other bar games, and welcome live music.

Liquor Board Chairman Stephen Miller asked about parking since he “knew how bad it was in Rising Sun.” But both the brewers and the Vanderhoefs pointed out that East Main Street has parking on both sides, as well as other spots behind Rise N Grind and a public parking lot near Rising Sun Town Hall.

Jeremy Vanderhoef also added that he planned on turning some parking spots behind the property into two-hour parking only to create a revolving door of customers. The Western Auto store also houses apartments, and some tenants use the lot.

In conjunction to the brewery, Angie Vanderhoef also received approval for a Class B license for Rise N Grind in order to start expanding its fare and its hours. The idea is to start slow, with light wines and perhaps an Irish coffee, to encourage more adult events, like a paint night, she said.

“I opened this coffee shop to be a family establishment, and with a liquor license we could do more events,” Angie Vanderhoef said. “People have been asking for a lot of things and here you have to go so far for something to do and somewhere to go. We have this gorgeous cafe Jeremy built, and we want to give them a reason to stay.”

Coffee shops across America are learning to expand into alcoholic beverages as well to augment their offerings to customers, the Vanderhoefs said. The prime business hours at Rise N Grind is in the morning, as expected, but adding other beverages would encourage people to come in the afternoons.

The Art Den, a membership-based art studio, is also set to open its doors in the former Western Auto store, in a space that is partitioned off from the rest of the businesses. People could take classes or sell their art as well, Jeremy Vanderhoef said.

“I think the three businesses will play off each other very well,” he said.

“We want to work together and embrace this little town,” Angie Vanderhoef added. “We want to make Rising Sun more of a destination than opposed to right now, when people just drive through town. This little town is on fire right now.”

Editor's Note: An earlier version of this article misidentified one of the property owners as Angela Vanderhoef, not Angie Vanderhoef. We apologize for the error.