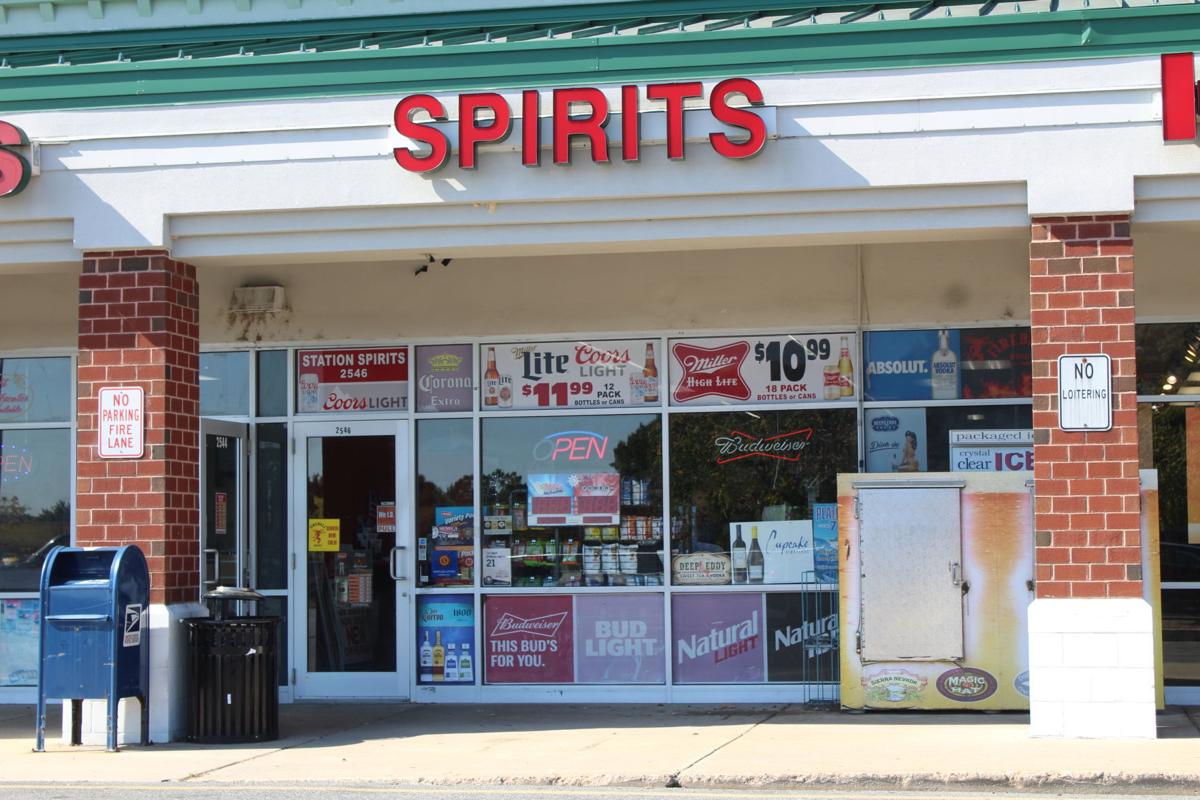 Station Spirits in the North East Station Shopping Center remains closed and according to the Cecil County Board of License Commissioners the current owner is looking for a buyer. 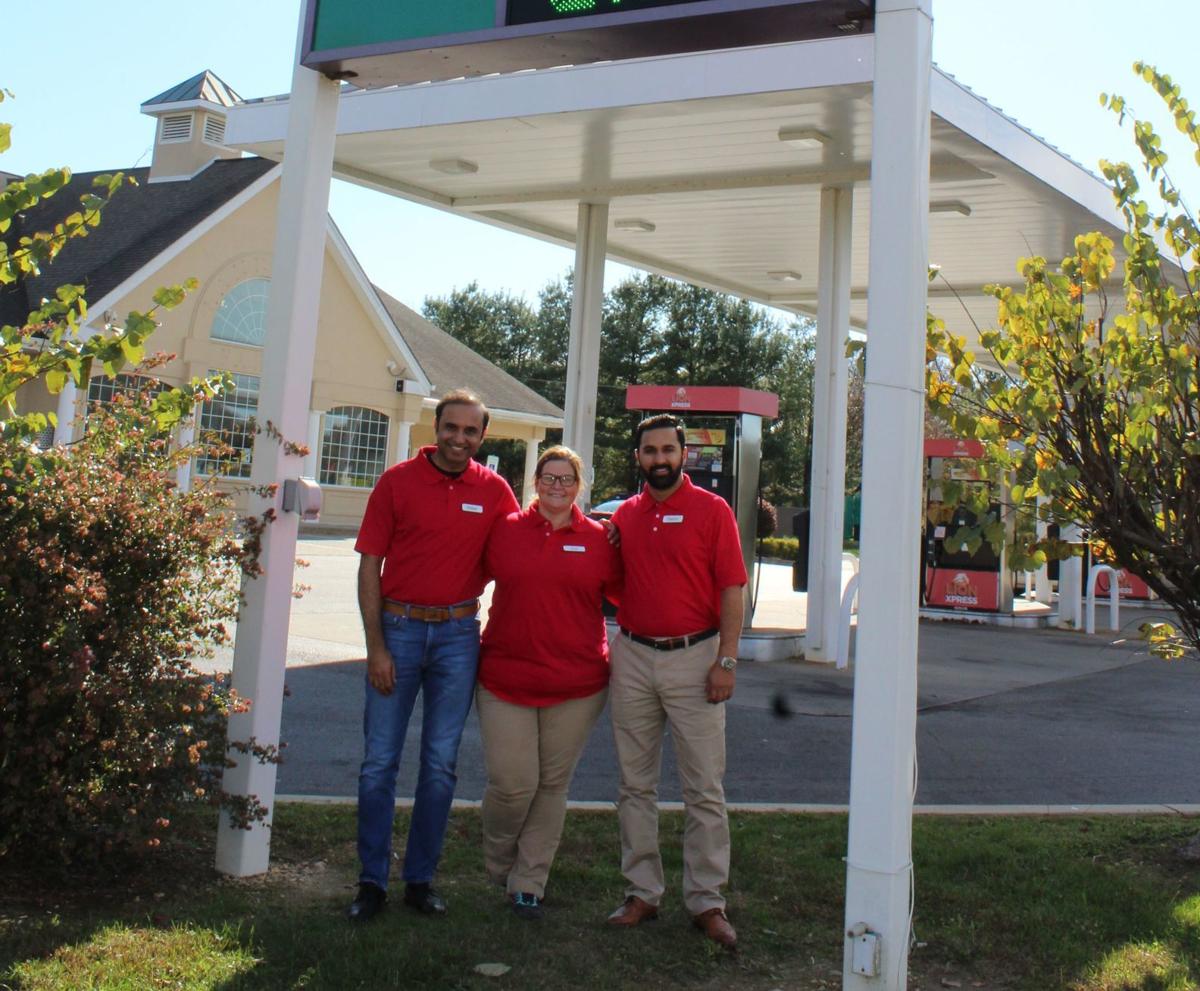 Adeel and Qasim Warraich own and operate Lion Xpress on Tome Highway in what used to be the Landhope Farms store in Port Deposit. The brothers took a break Monday to pose with Judi Hunter, manager of the store. 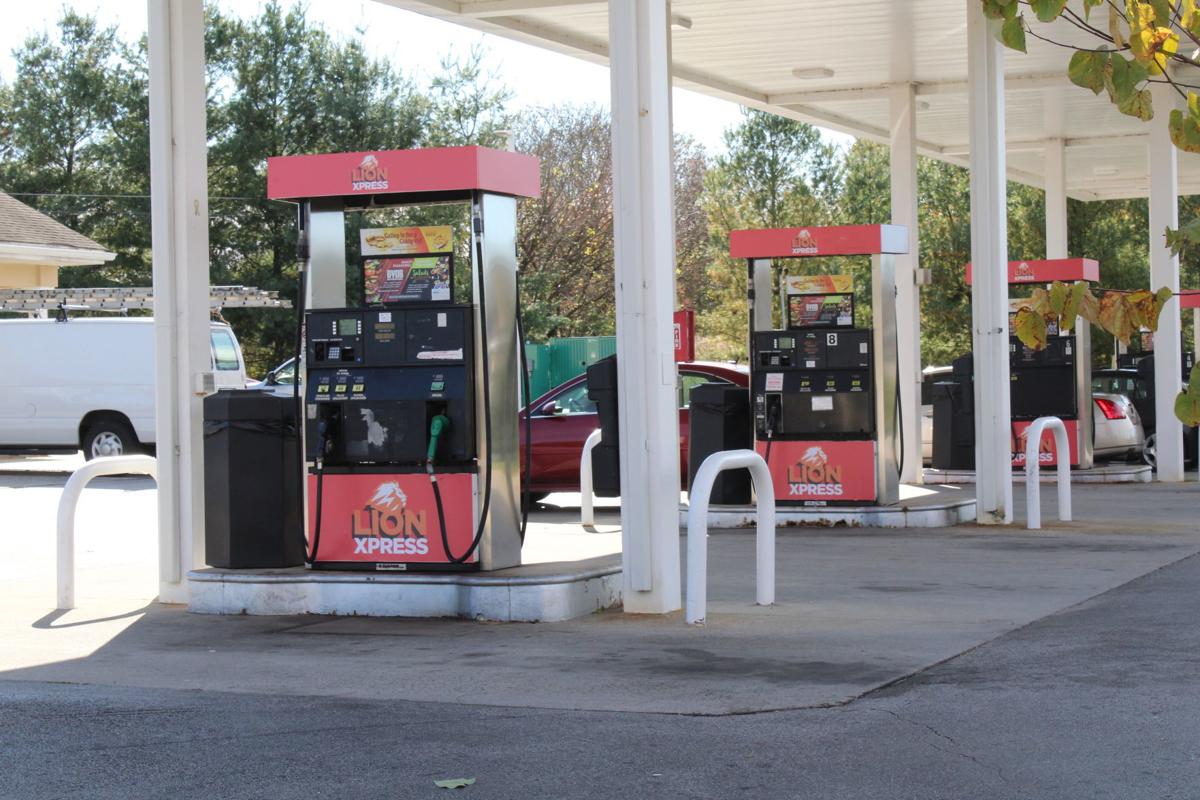 The owners of the newly opened Lion Xpress at 1252 Jacob Tome Highway in Port Deposit promise customers what they loved best about the store is still there, but more will be added and improved including new gas pumps. 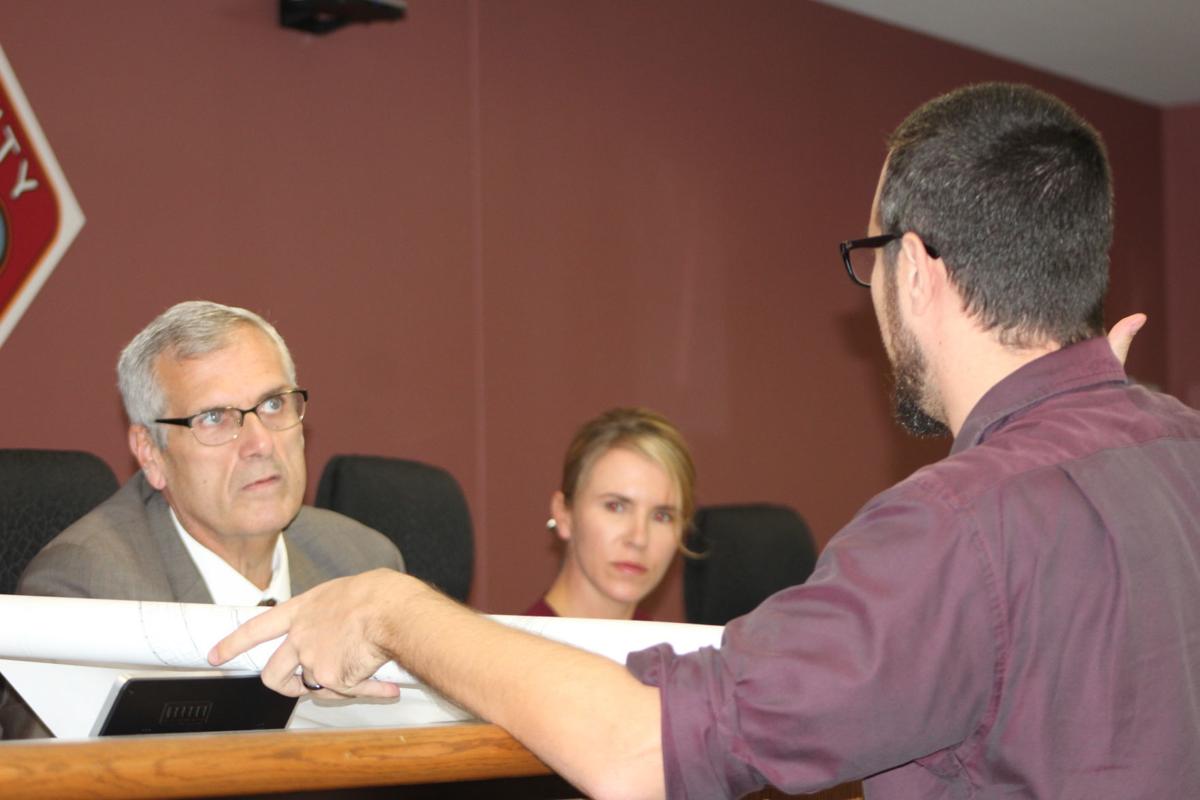 Station Spirits in the North East Station Shopping Center remains closed and according to the Cecil County Board of License Commissioners the current owner is looking for a buyer.

Adeel and Qasim Warraich own and operate Lion Xpress on Tome Highway in what used to be the Landhope Farms store in Port Deposit. The brothers took a break Monday to pose with Judi Hunter, manager of the store.

The owners of the newly opened Lion Xpress at 1252 Jacob Tome Highway in Port Deposit promise customers what they loved best about the store is still there, but more will be added and improved including new gas pumps.

5th Company Brewing in Perryville won another extension for its license with the Cecil County Board of License Commissioners. The new deadline to be open is April 30, 2020.

"Notify the board to get on the April agenda," Jason Allison, legal counsel for the liquor board, told Brandon Phillips, Mattias Schmid and Philip Lembo appeared last week to get the extension and give a new schedule for the brew pub.

A year ago the owners received their license for liquor service, with the plan to be open in late May 2019. Having gotten into the building since, Phillips said he and his partners realized that date was way off.

"It's almost 50,000 square feet," he said of the former Muller-Thym building at the corner of Broad and Front Streets in Perryville.

"I did not realize it was that big," Earl Bradford, liquor board director, told the partners.

"You can't tell from the outside," Phillips said. "It never ends."

Happily, Phillips said now they fully expect to open in May 2020, having just received all the permits to begin construction.

Showing the board the blueprints, Phillips pointed out the design including seating for 300, with a brewing room and possibly outdoor seating.

"So you would like to have an outside bar to serve alcohol?" Bradford asked.

Phillips said there was no discussion of outdoor entertainment beyond an occasional disk jockey.

"The town has built a park right next door with an amphitheater," he told the board, referring to Perryville's Lower Ferry Park. It's becoming a popular spot for outdoor entertainment. "It's a 30 second walk."

The board gave 5th Company a 30 day provisional permit for its outdoor seating concept attached to the Class B beer-wine-liquor license. There will be a requirement that they come before the board and review how it was received --especially from neighbors -- in that trial period.

The partners also purchased the land on which once stood The Rendezvous Inn for additional parking. That Front Street tavern was severely damaged by fire in Dec. 2010 and never re-opened.

The Cecil County Board of License Commissioners are waiting to see who takes over Station Spirits in the North East Station Shopping Center.

"A new buyer is up in the air," Earl Bradford, director of the liquor board, told the commissioners at the October meeting.

The North East liquor store has been closed since it was shut down by the county board a month ago for failing to get its employees trained in alcohol service (TIPS training) and to properly display its liquor license.

"They have not paid the fines," Bradford said. That means their license is suspended. The license was not hanging up where it could be seen by the public.

Meanwhile, Bradford said Bay Crawlers Crab Shack, located on Turkey Point Road near North East, is back in good standing with its license after failing to appear at several liquor board meetings.

"They have paid their fines and were issued a new license," he said.

In Port Deposit, Granite Run Tap Room remains closed and its license has since expired. Bradford told the board that owner John Killian may re-open it himself. He closed the eatery in August in a dispute with the tenants. Legal notices and hand written signs were taped to the doors of the 26 South Main Street location.

"If the property owner wants to re-open that he will need a new license," Bradford said.

The Landhope Farms store in Port Deposit closed last week and then reopened under new ownership and a new name.

A spokesman for the Kennett Square, Pa. chain of convenience stores said the store known as Landhope Farms at 1252 Jacob Tome Highway closed Oct. 30 and reopened Oct. 31 as Lion Xpress. The company decided to close its only Maryland store and focus instead on building in Pennsylvania.

Qasim Warraich and his brother Adeel are the owners of Lion Xpress. They kept the Landhope Farms employees so customers will see the same familiar faces. The last vestige of its almost 20 years under that name is a few containers of LF ice cream in the freezer case.

"We will have our own brand of ice cream that's going to be even better," Qasim said Monday.

The Warraichs are selling off their four other businesses in Oklahoma and have relocated here.

"We love this state and some of our relatives are here," he said.

"And the people are super nice,"Adeel said, adding there are plans to expand from the Port Deposit store.

Right now Lion Xpress is open seven days a week from 4 a.m. until midnight. Look for it to become a 24 hour operation soon.

"We've got a lot of customers who want it," Adeel said.

Along with the familiar employees, much of the menu remains the same however, like the hours of operation, the brothers indicate the menu will also be customer driven.

"They have said they want a good hamburger, a good cheeseburger," Qasim said. Add that to the popular panini, sub sandwiches, breakfast sandwiches, and any size coffee for $1 until the end of the year and you would think they were done.

"We have in house smoothies at the deli," Qasim said. That includes fresh fruit and the popular additives such as protein powder.

"And anyone in uniform; first responders, military, get free coffee. We welcome them with an open heart," he said. "We appreciate their service to our country."

Soon there will be new gas pumps installed too. Check out Lion Xpress on Facebook for special offers once the construction of that site is completed, Qasim said..

Taco Tuesday is taking a break at The Bayard House while the chef works on a new menu for the popular Chesapeake City restaurant at 11 Bohemia Avenue. The Thanksgiving Day menu is also available to get folks eager to make reservations. First course is a choice of pumpkin of carrot ginger soup, then the main course choices of marinaded roast turkey, spiral sliced ham, holiday stuffed tenderloin, filet and crab cake or pasta primavera. Along with sides there are four different pies on the dessert menu.

Take mom out for a fun afternoon Saturday at Zero Degrees Frozen Yogurt, 32 South Main Street in North East. The Fancy Hat Mother Daughter Tea runs from noon until 4 p.m. Tickets are $20 per person and includes refreshments and fun activities including a mini-manicure, fancy hat creating, custom jewelry and of course a tea party complete with finger sandwiches and a tea cup and saucer to keep.

Tickets will be sold at the door or in advance through the Zero Degrees Facebook page.

Leonard Rivera has been named to the board of directors of the Chester Water Authority. Rivera, an attorney with a practice based in Kennett Square, Pa., is a well known opponent of any move to sell CWA to another entity, including Aqua America.

He was named to the board by the Chester County Commissioners.

Another seat on that board is open with the recent resignation of Thomas Chiominto.

The Cecil County Office of Economic Development is offering a free seminar for anyone interested in starting a small business here. The seminar runs from 8 a.m. until 12:15 p.m. on Nov. 13 in the Cecil College Technology Center. Registration is requested by calling 410-996-6292 or by sending an email to tspringel@ccgov.org.

A light breakfast is included in the seminar, which features local entrepreneurs with advice on how to build your business and make it attractive to investors.