Get Started
You are the owner of this article.
Edit Article Add New Article
Home
News
Sports
Obituaries
Opinion
Features
Our Cecil
Business
Cecil People
Classifieds
Contests
The Bargaineer
1 of 7 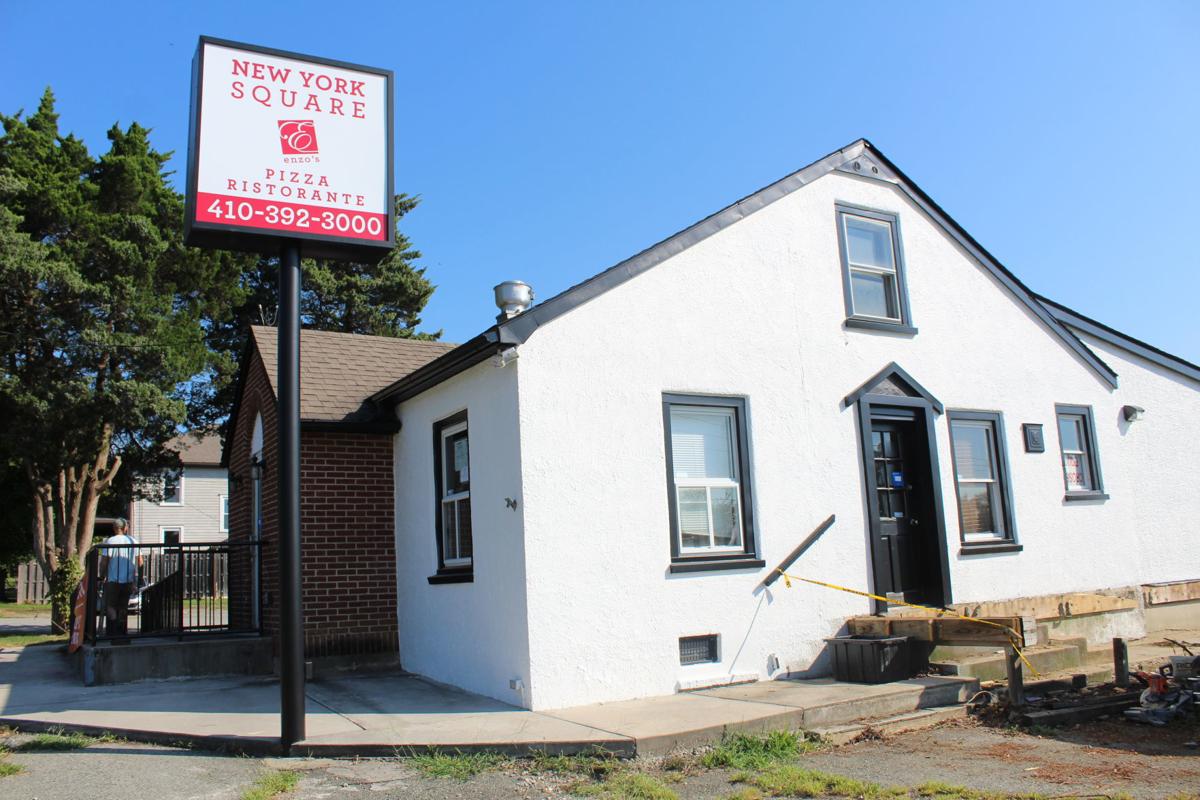 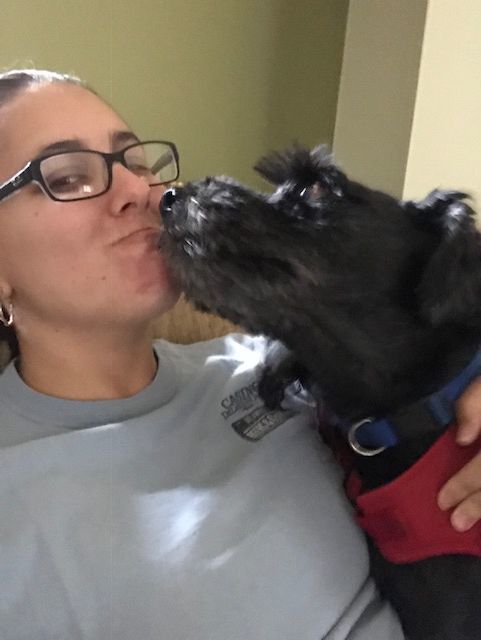 Theresa Greene gets a friendly lick from one of her happy customers. Greene runs Inspirational Dog Services. Based in Newark she also serves Cecil County with dog walking, cat check ins and other pet services. 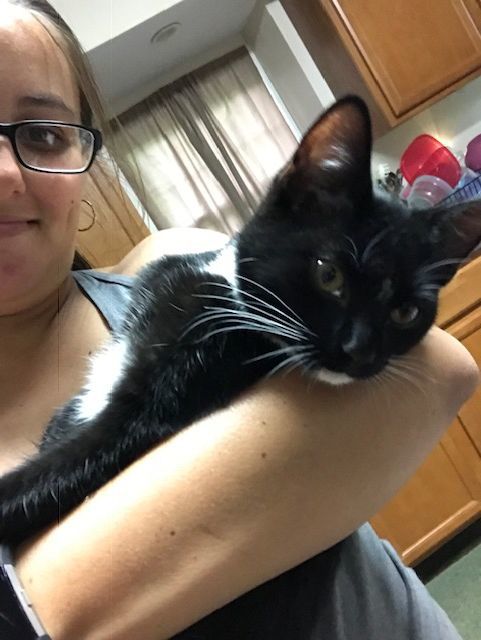 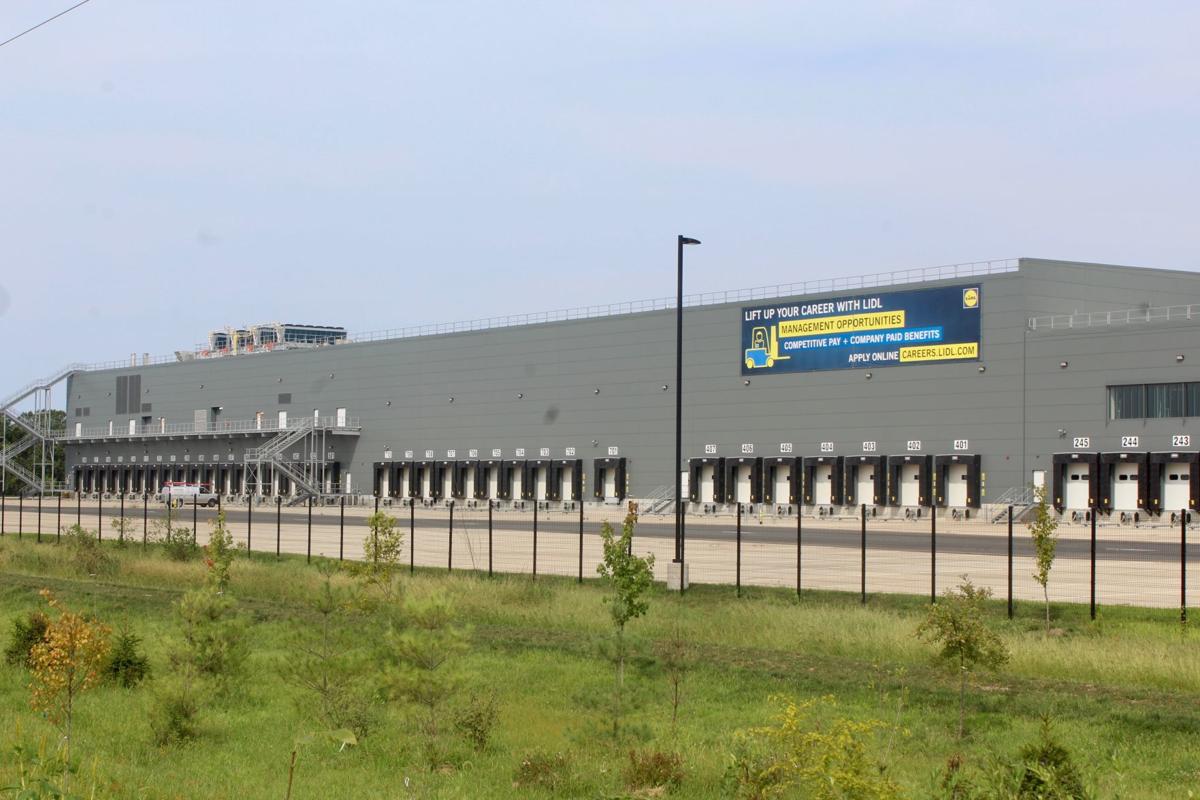 Lidl was one of the first buildings built in Cecil County’s crown jewel, Principio Business Park, but just now is starting to hire employees. Its planning to open for business in spring 2020. 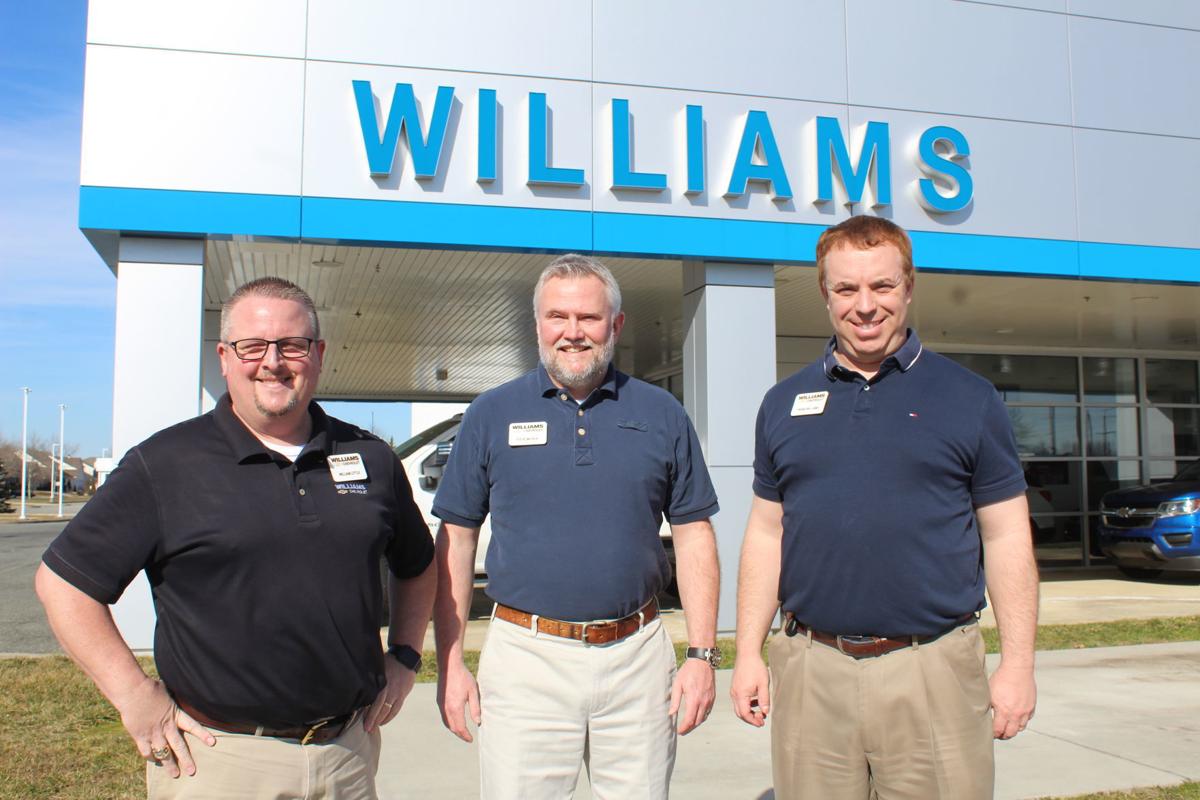 William Little, Steve Musick and Frank Williams IV were recently given new titles at the Williams Auto Group. Williams is the general manager of Williams Chevrolet. Musick is now sales manager and Little takes over as finance manager. 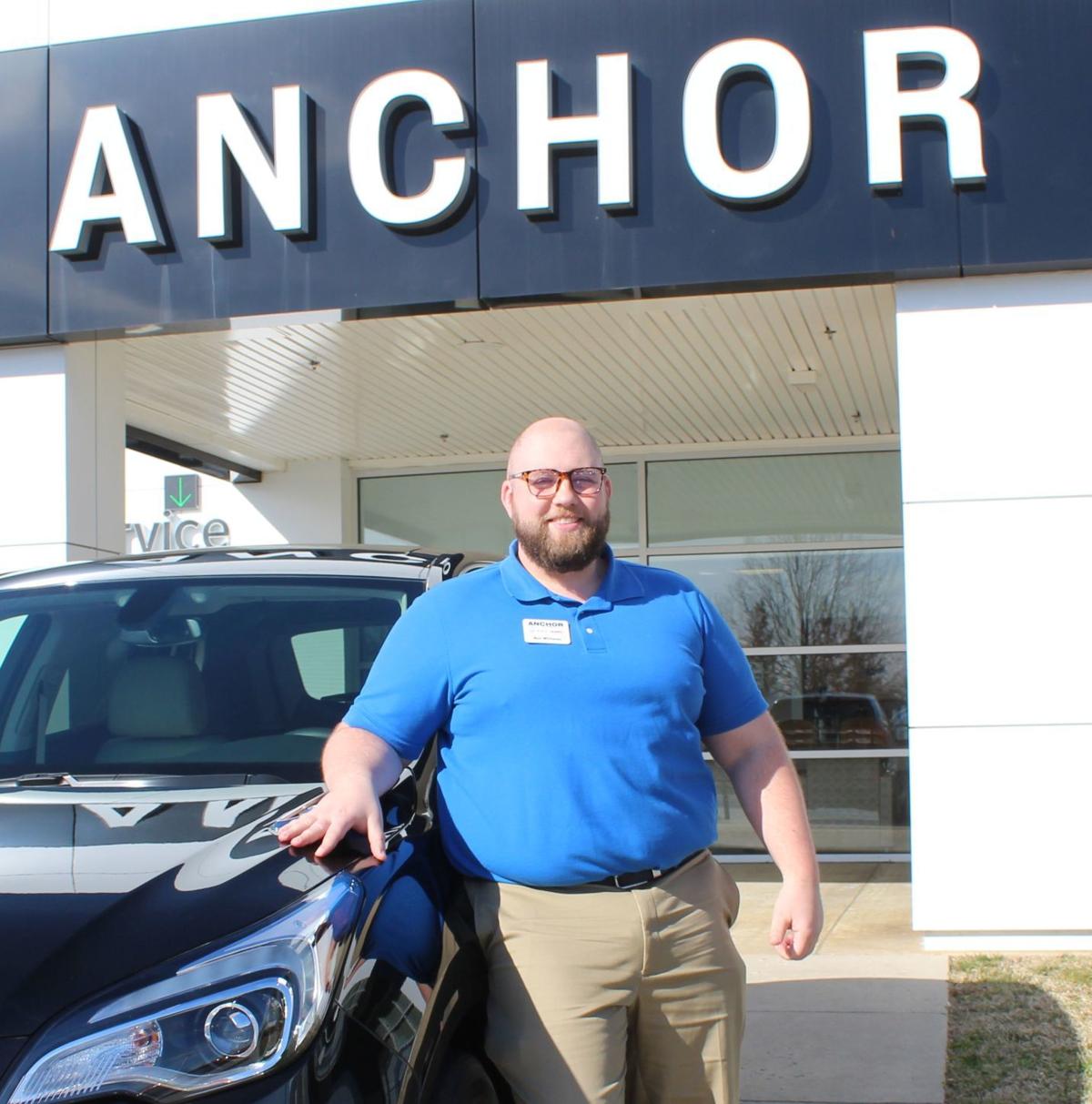 Ben Williams has been named the finance manager of Anchor Buick GMC in Elkton, part of the Williams Auto Group. 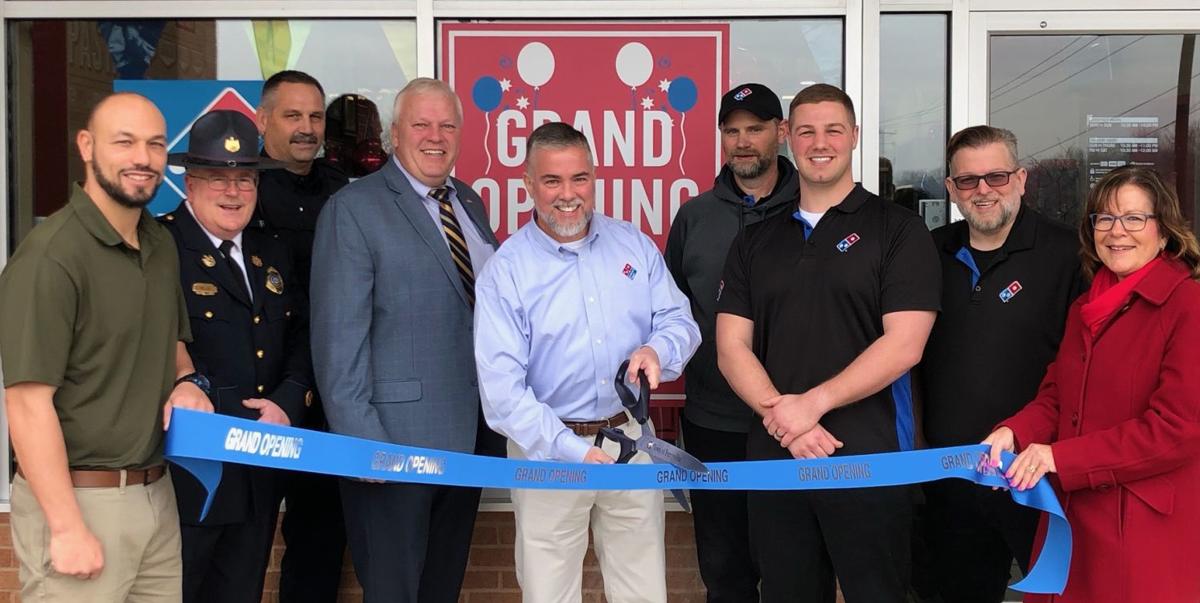 Theresa Greene gets a friendly lick from one of her happy customers. Greene runs Inspirational Dog Services. Based in Newark she also serves Cecil County with dog walking, cat check ins and other pet services.

Lidl was one of the first buildings built in Cecil County’s crown jewel, Principio Business Park, but just now is starting to hire employees. Its planning to open for business in spring 2020.

William Little, Steve Musick and Frank Williams IV were recently given new titles at the Williams Auto Group. Williams is the general manager of Williams Chevrolet. Musick is now sales manager and Little takes over as finance manager.

Ben Williams has been named the finance manager of Anchor Buick GMC in Elkton, part of the Williams Auto Group.

Every business seeking a Cecil County liquor license has to advertise their application, by law, in the legal notices in a newspaper of general circulation. The ad needs to run twice.

Earl Bradford, director of the Board of License Commissioners, asked the board last week for an increase in the fee charged by the liquor board to place those notices.

Bradford asked the board to consider raising the fee from $400 to $600 for both a new application or a transfer. He indicated in other counties the fee is $1,000. By increasing the cost to $600 he said it would allow the agency to recoup some of its losses.

The three-member board unanimously agreed to the increase.

The owner of Enzo’s New York Square Pizza Ristorante assured the Cecil County Board of License Commissioners that he will open the eatery at the corner of Elkton-Newark Road and Telegraph Road in Elkton.

Vincenzo Veterbo asked for, and received another 6 month extension on his liquor license. He told the liquor board in August 2018 that he had hired Jerden Home Improvements to gut the building and rebuild, including a patio for bistro seating. He expected a year ago to open in April 2019.

Now 17 months later, Veterbo told the board he is being held up by an ownership issue with the building and is attempting to buy it outright.

Meanwhile he reported that his other business, Enzo’s Waterfront Italian Dining and Bar is doing very well. It opened in Dec. 2018 at 285 Plum Point Road near Elkton.

Theresa Greene is offering to walk your dogs while you go away for the Valentines Day Weekend. The owner of Inspirational Dog Services in Newark is offering discounted services for reservations from Feb. 14-16.

Typically she charges $15 to pop in and check on your pup, refill the water bowl, take a quick walk and make sure of its safety and comfort. For $18 you get a 20-to-25 minute visit with a longer walk. She will hang out for almost an hour for play time and belly rubs for $25.

Since they are usually fairly self sufficient, Greene can also pop in and check on your cat for $12.

However she has a sweetheart deal where any dog service is $15 for Valentines Day appointments.

”That includes administering medicines if needed including shots,” she said. “I work with all breeds. I’ll take on any challenge.”

Her skills also include dog training. Because she has a love of dogs and cats, Greene traveled to Ohio to Attend National K-9 School and train for obedience, K-9 and therapy work. She comes to you to work with you and your dog.

Lidl is holding a hiring event Friday from 10 a.m. until 2 p.m. at the Cecil County regional headquarters in the Principio Business Park.

An open house was held at the 760,000 square foot building last March with a promise that hiring would begin at the end of the year. Lidl, a German grocery chain, has been opening retail stores in the area, although none are planned in Cecil County to date. Plans are underway for a store in Bear. There is already a Lidl in Aberdeen and Middletown, Del.

Lidl will be looking to fill warehouse associate positions with a starting salary of $15 an hour. The company welcomes walk-ins but suggests people instead go to careers.lidl.com and make an appointment.

The next ”Let’s Do Lunch” networking seminar hosted by the Oxford Area Chamber of Commerce is Feb. 6 from 11:30 a.m. until 1:30 p.m. at Octoraro Tavern, 2 South Third St. Along with the chance to connect with other businesses there will also be a guest speaker. Admission is $15 for OACC members; $20 for non-members and includes a buffet lunch.

Let’s Do Lunch is held the first Thursday of each month.

The first Business Associate Social Hour, or BASH, for members of the Elkton Chamber and Alliance will be held at ServiceMaster Quality Clean, 26 Bratton Rd. in Elkton, Feb. 11 from 4:30 to 6:30 p.m. It’s a free event for members but you are asked to RSVP to have enough food on hand.

This inaugural BASH is hosted by ServeMaster and Your Personal Chef Catering in Rising Sun.

Northeastern Maryland Training Council has named Lyle E. Sheldon, president and CEO of Upper Chesapeake Health System, the recipient of its Visionary of the Year for 2020.

Mark Mortenson, chief science officer of Clene Nanomedicine, Inc. in the Principio Business Park is an honoree as well in the Leader category.

The NMTC Visionary Awards, celebrates the volunteer efforts that contribute to building a STEM-educated workforce and advancing technology & innovation in northeastern Maryland.

The award ceremony will be held Feb. 27 in Richlin Ballroom, 1700 Van Bibber Rd. in Edgewood.

Fire safety and reasonable accommodations are among the issues that the new operators of The Inn at the Canal are dealing with as they renovate the Chesapeake City business. Edward and Sara O’Hara and Curtis Pember reported to the Cecil County Board of License Commissioners last week that they are working with Cecil County Land Development and Permits & Inspections to address the issues, but need more time.

Kristin Ott, a liquor board member, moved to issue a 60-day extension for their Class B beer, wine and alcoholic beverage license. The vote was unanimous in favor.

Williams Auto Group has announced changes in management at the Elkton dealerships.

Frank Williams IV is the new general manager of Williams Chevrolet, moving from the sales manager post, which he had held since 2004.

”He’s had 19 years of sales here,” Williams said Monday, adding he wants to assure customers that Little is still at Williams Auto Group. “He will still help customers with the overall process.”

Meanwhile, Ben Williams has taken the role of finance manager at Anchor Buick GMC. Like Musick he had been in sales at Williams Chevrolet before the move.

A grand opening was held Saturday at the new Domino’s in Perryville Station Shopping Center. Complete with a ribbon cutting that included town officials, the shop offered specials and handed out pizza and pretzels to those in attendance. Domino’s opened Dec. 27 but waited to hold the grand opening to get settled and get past the holiday season.