Bayheads Brewing Company has gutted the former Bohemia Cafe on Second Street in Chesapeake City and will completely renovate the 170 year old space into a spacious dining area featuring Bayheads beer and other libation. 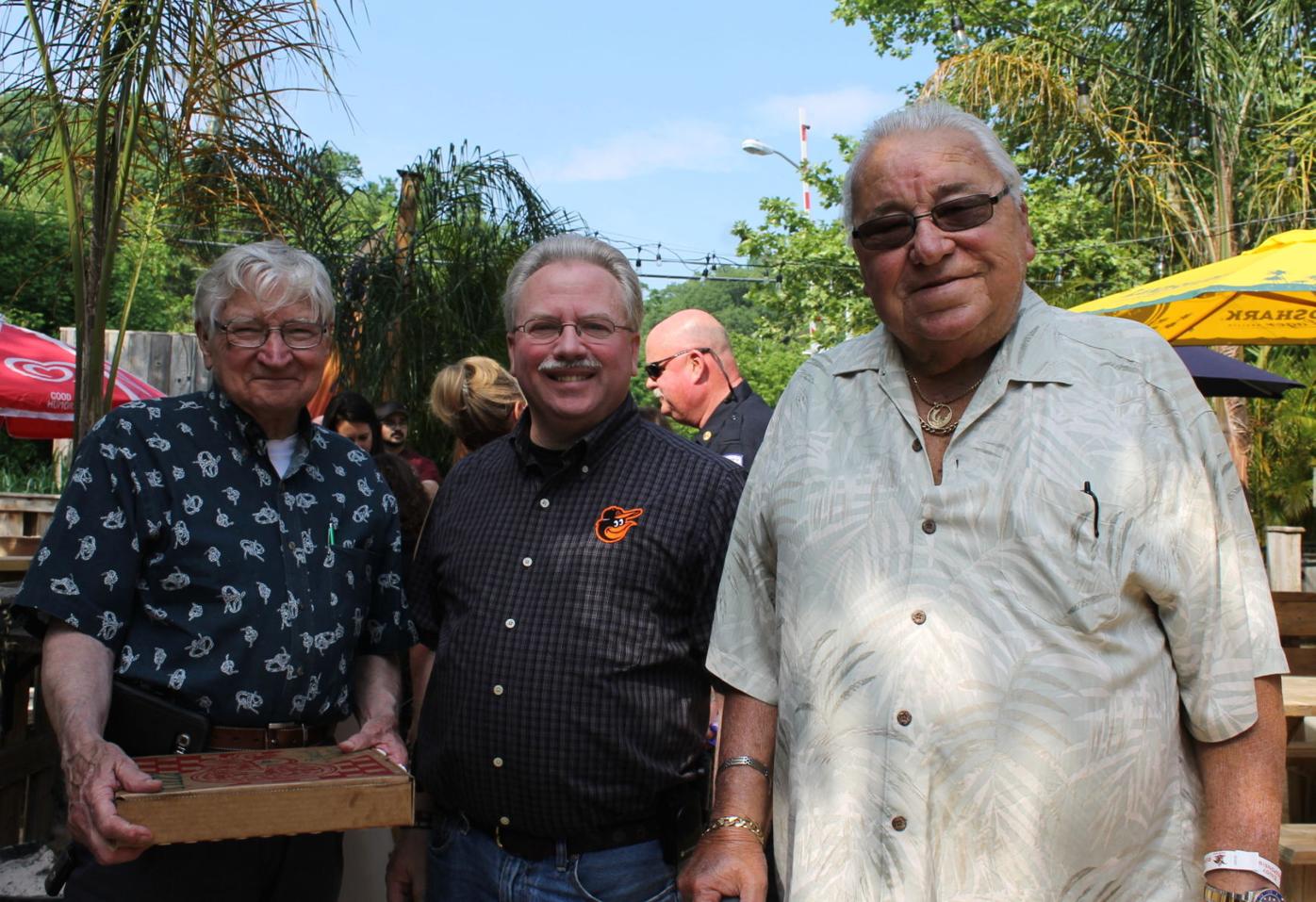 Always active and present in Port Deposit, Jack Conrad, right, recently passed away. Pictured here at the 2016 opening of the boardwalk at Lee’s Landing with Robert Gell, former president of Cecil College and Port Deposit Mayor Wayne Tome, Conrad was ____. 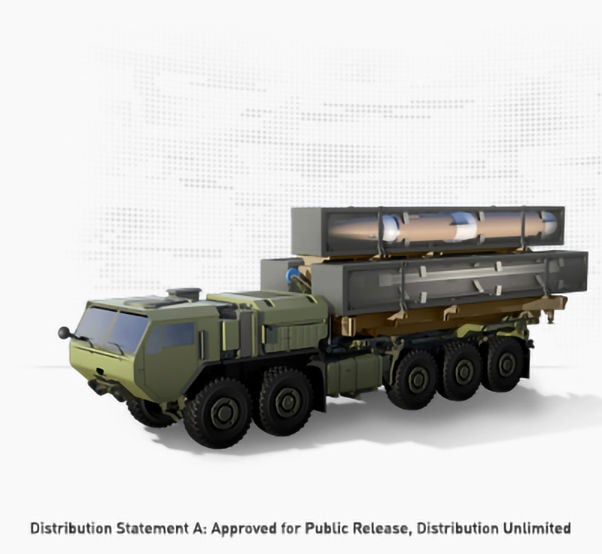 Lockheed Martin’s OpFires team is developing a missile with a unique throttleable booster that can defeat targets across the medium-range spectrum. 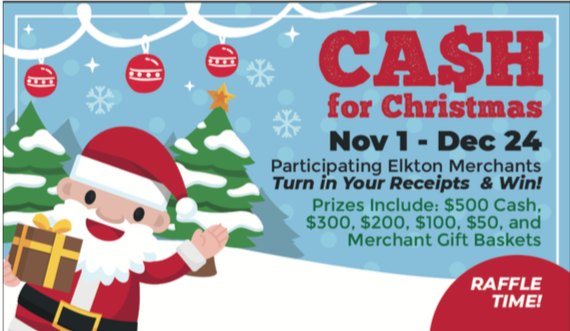 Shop now through Dec. 24 at Elkton businesses. Save the receipts and enter for a chance to win cash and gift baskets from the Elkton Alliance and participating stores, restaurants and businesses.

Bayheads Brewing Company has gutted the former Bohemia Cafe on Second Street in Chesapeake City and will completely renovate the 170 year old space into a spacious dining area featuring Bayheads beer and other libation.

Always active and present in Port Deposit, Jack Conrad, right, recently passed away. Pictured here at the 2016 opening of the boardwalk at Lee’s Landing with Robert Gell, former president of Cecil College and Port Deposit Mayor Wayne Tome, Conrad was ____.

Lockheed Martin’s OpFires team is developing a missile with a unique throttleable booster that can defeat targets across the medium-range spectrum.

Shop now through Dec. 24 at Elkton businesses. Save the receipts and enter for a chance to win cash and gift baskets from the Elkton Alliance and participating stores, restaurants and businesses.

Bayheads Brewing Company is opening a new venture in downtown Chesapeake City that will offer not only their signature beers but also a selection of pub food and a casual, welcoming atmosphere.

“We will continue to brew at our other location but we want to take advantage of being in the historic area of town,” said Charlie Copeland, co-owner of Bayheads Brewing Company along with Bill Dix.

The partners purchased 401 Second St, the former Bohemia Cafe, and are now in the process of renovating the 1,500-square foot building.

“This is an 1850-era building ... that means a lot to the residents,” Copeland said. He has found archival photos showing when it was a newsstand and soda shop. Before it was Bohemia Cafe it was Pyle’s Store. “We definitely want to keep some of the historic feel.”

While the exterior will remain unchanged for the most part, the interior will have lots of seating but with a newer feel that pays homage to its past, Copeland said.

Moving into town also allows the partners to experience the excitement that is Chesapeake City. While they always send folks to walk the town and visit all it has to offer, Copeland said on the outskirts of town Bayheads Brewing saw very little of that traffic.

“Now when we have the pub crawl, the parade, we’ll be able to be part of it,” he said.

That seven item menu will feature locally sourced foods such as hamburgers made with beef from Steve Isaacson’s farm in Cecilton. Also, families will now be welcome.

“We had to turn people away at our other location,” he said, noting the alcoholic beverage license there was for adult entry only. The Cecil County Board of License Commissioners last week approved the transfer of the license held by Maria’s Pizza to Bayheads, meaning Copeland and Dix can offer wine and distilled spirits along with the menu items.

“It’s very powerful to have that full liquor license,” he said.

When the new shop opens early next year the 2525 Augustine Herman Highway site will be a brewery only and closed to the public.

Cecil County Toys For Tots is in desperate need of assistance in collecting toys for children in need. Now that the Christmas holiday season is upon us, and with some local organizations having announced that they will not participate in toy drives this year, the need is greater according to Betty Dean, Cecil County coordinator.

“I don’t know where I am going to get the toys this year,” Dean said Monday. The big sponsors she has relied on in the past are not responding this year and many of the local businesses just can’t help.

“I’m running into a lot of, “We just can’t support you this year,” Dean said. “COVID is hurting businesses.”

Toys Four Tots now has use of the former Comcast building in Big Elk Mall to store and sort donated toys. The local chapter of the US Marine Corps Reserves program now needs businesses, organizations and individuals to host a drop box.

“They already took Halloween away from these kids. They can’t take Christmas away too,” Dean said.

Last year Toys For Tots helped provide Christmas joy to almost 6,000 Cecil County children. Dean expects with more parents out of work due to the pandemic the need will be that much greater.

Anyone interested in hosting a toy drive or having a drop box in their place of business can contact Dean at bettydean15@comcast.net

Schaefer’s Canal House in Chesapeake City is the host of the Cecil County Arts Council Celebration of the Arts Friday from 6 until 10 p.m.

This time the annual fundraiser will be picnic style, and likely outdoors with a great view of the Chesapeake & Delaware Canal since the weather promises to be warm and dry. Enjoy an evening of music, food and games, picnic-style. Schaefer’s Canal House is located at 208 Bank St.

Chiropractic Services, P.A. in Oxford, Pa. is hosting a Thanksgiving Food Drive to benefit those served by the Lighthouse Youth Center. Non perishable foods and paper products can be placed in the drop box in the lobby at 25 North Third St. Monetary donations are also welcome.

Kids First Swim School is now open again for business with all the health and safety protocols in place including limited class sizes, temperature checks at the door, and bi-hourly chemical checks on the pool water.

Kids can learn to be safe in and near the water while mom and dad are nearby by adhering to social distance rules.

For more information or to register for upcoming classes call 410-620-1012 or find Kids First on Facebook.

The former owner of Tome’s Landing Marina as well as Tome’s Landing Condominiums in Port Deposit has died. Mayor Wayne Tome shared the news on social media, calling Jack Conrad “a Community minded true friend to many of us personally, the town of Port Deposit and the Water Witch Fire Company.”

Conrad and his wife Diane donated to the then-new Conowingo Fire Station in 1998 and organized several water oriented Poker Run and Crab Feast fundraisers to support the purchase of marine fire and rescue equipment. He also is credited with gifting Port Deposit with the Tome Gas House and the parking lot for town hall. A slip for the fire rescue boat was one of his last gifts to the town.

“He was always a participant and sponsor of community activities,” Tome added. “The town of Port Deposit and Water Witch Fire Company will never forget you Jack!”

Conrad, 82, died last week. A visitation will be held Monday from 4 p.m. until 8 p.m. at Pleasant View Baptist Church in Port Deposit.

Six years after the Cecil County Council denied a zoning change that would have allowed a Dollar General to be built next to the traffic circle on Route 213 in Cherry Hill, the Tennessee-based chain is trying again, this time planning to build further down Singerly Road across from Kenmore Elementary School.

Angela Petkovic, spokeswoman for the retailer, said Dollar General is in the due diligence phase of the Cherry Hill project, adding it’s not the only new store coming to Cecil County. The same phase has been reached on a store for Route 40 at Marley Road in North East. Petkovic said a decision on both should be announced soon. She added, neither of these proposed locations would be under the newly announced popshelf brand of stores.

If both are finalized it would mean Cecil County has 11 Dollar General locations.

Northrop Grumman has been named to the Operational Fires program being launched by Lockheed Martin to develop a ground-launched system with a hypersonic boost glide missile.

“The engineering innovation required to deliver this maneuverable and rapid-response solution demands a best-of-industry team,” said Steven Botwinik, director of Tactical and Strike Missiles Advanced Programs. “OpFires and its unique throttleable booster make it a versatile platform to launch a variety of payloads over varied ranges and for this reason, OpFires is well-suited to address the Army’s Medium Range Strategic Fires needs.”

The first live fire is expected some time next year.

Cash For Christmas is back thanks to Elkton Alliance.

Now through Dec. 24 save the receipts from all purchases made at local businesses in Elkton and enter for a chance to win merchant gift baskets or cash up to $500.