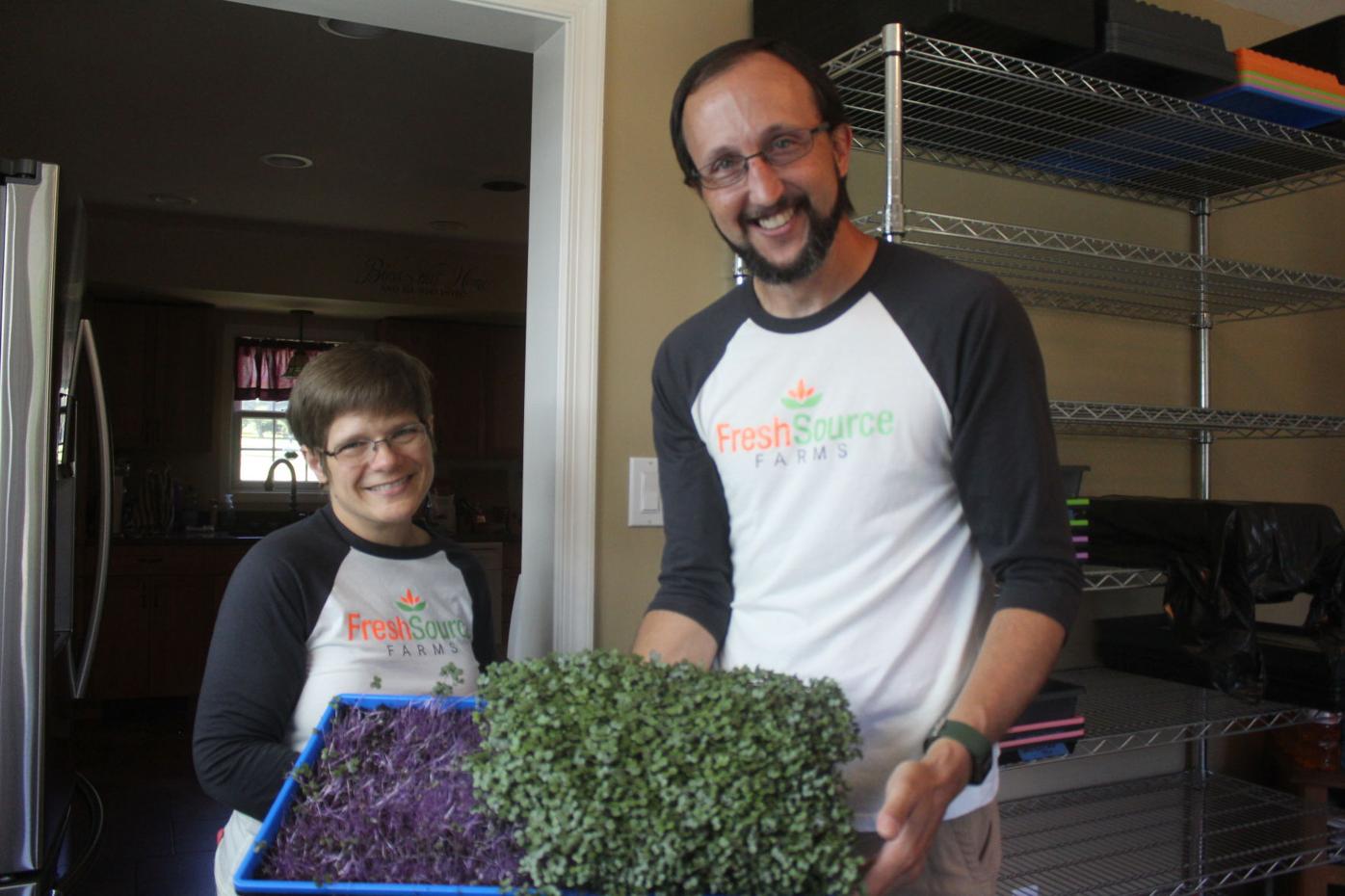 Theresa and Andy Mussaw have now more than quadrupled their indoor growing space for their nutrient dense microgreens from two racks to 12. 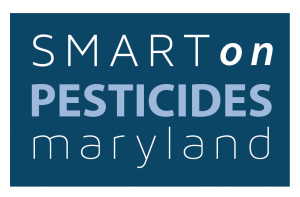 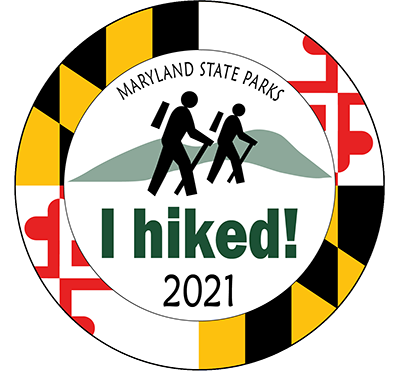 While supplies last, people that finish the First Day Hike at Elk Neck or Fair Hill NRMA State Parks Jan. 1 will get an ‘I hiked 2021’ sticker 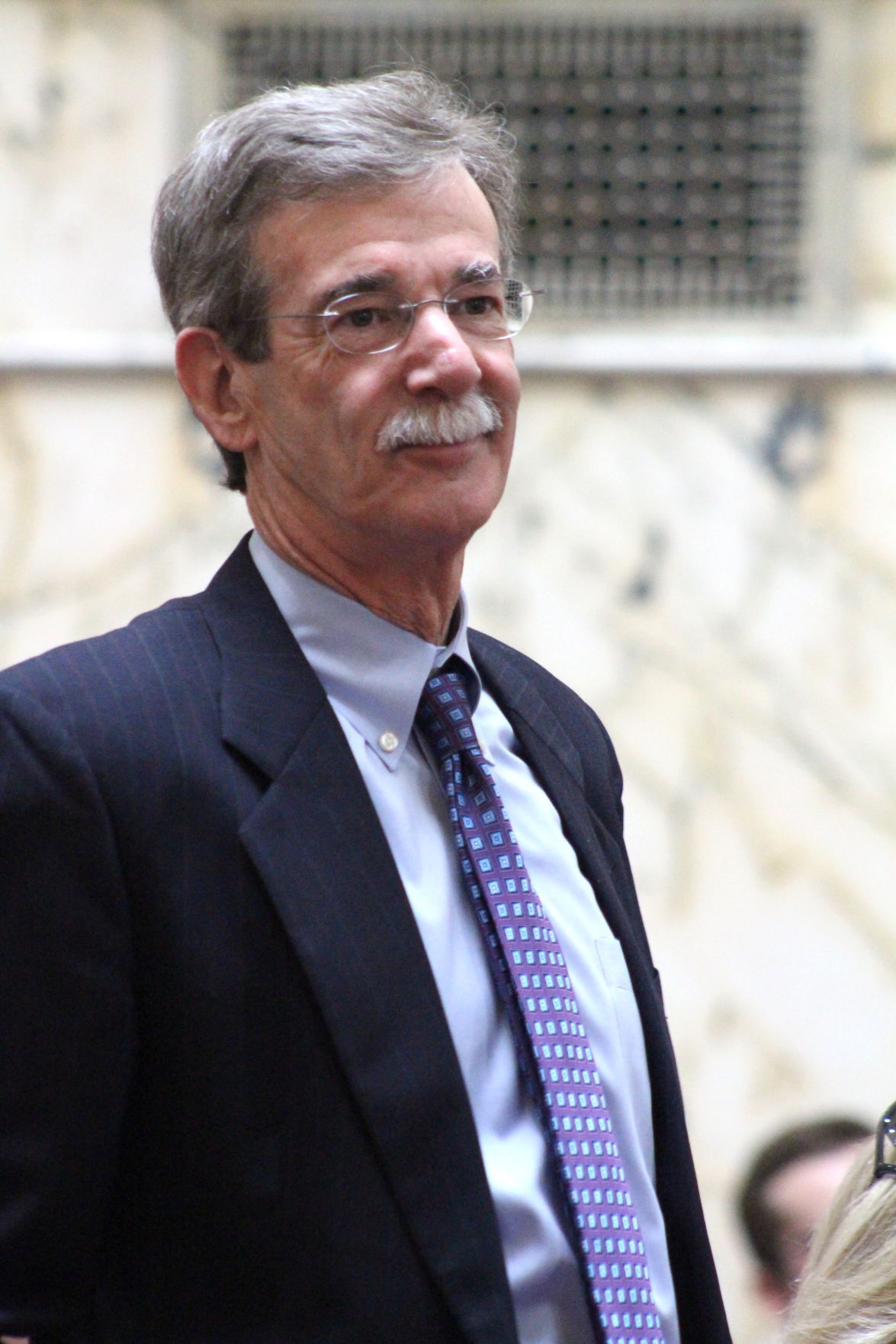 Theresa and Andy Mussaw have now more than quadrupled their indoor growing space for their nutrient dense microgreens from two racks to 12.

While supplies last, people that finish the First Day Hike at Elk Neck or Fair Hill NRMA State Parks Jan. 1 will get an ‘I hiked 2021’ sticker

That’s the second store to offer the tiny, nutrient-dense greens on its shelves, according to Andy Mussaw, co-owner of the farm on Oldfield Point Road in Elkton.

“The first was Cooper’s Market and Deli,” Mussaw said of the local store at 199 Old Chestnut Road, also in Elkton.

With winter cold, Fresh Source Farms has suspended its outdoor sales however online ordering is still available for individual purchases and subscriptions. Mussaw said subscribers are guaranteed their microgreens.

For more information go to freshsourcefarms.com

However that’s not the only news coming from this family-run hydroponic farm.

“We just finished making our growing space five times larger,” Mussaw said. Inside a front room of the family house Mussaw and his wife, Theresa were only able to have two racks to grow their crops. “Now we comfortably have 10 to 12 racks.”

They continue to look for more stores, community supported agriculture and farm stores to offer their produce.

The Smart on Pesticides Coalition of Maryland wants the Maryland Department of Agriculture to do more to enforce the state’s ban on the use of chloropyrifos.

In a Dec. 16 MDA message Ruth Berlin, executive director of the Maryland Pesticide Education Network, said more needs to be done, particularly an overturn of Gov. Larry Hogan’s veto of legislation that would have made use of the chemical illegal.

“The Maryland Department of Agriculture recently reminded farmers and pesticide applicators that regular use of chlorpyrifos products will be prohibited after Dec. 31, 2020, but we need to remind all Maryland residents and legislators that a ban established in regulation is seriously flawed,” Berlin said. “When it comes to banning chlorpyrifos, we need the power of the law – not regulations. There is a reason that legislators pass laws each year and don’t just rely upon Administrative regulations: Regulations can be changed, challenged, and unilaterally altered by unelected administrative figures. Legislation banning pesticides leaves less room for loopholes.”

Berlin wants the Maryland General Assembly to act in January.

“We urge the legislature to overturn Governor Hogan’s veto of bi-partisan legislation that would have banned this toxic chemical,” she said.

Berlin said lawmakers heeded the message and passed the bill, which had support from farmers, environmentalists and the Maryland Chapter of the American Academy of Pediatrics.

In that same vein, Maryland Attorney General Brian E. Frosh has joined a lawsuit aimed at the US Environmental Protection Agency for what is considered a weakening of protections for farmers from pesticide poisoning.

Frosh enjoined Maryland with four other states — California, Illinois, Minnesota and New York --in a coalition to overturn an Oct. 20 rule adopted by the EPA that blurred the rules regarding Application Exclusion Zones (AEZ) for pesticide spraying. The suit filed last week charges the EPA violated the law by departing from its own position without adequate justification including the justification of changes to AEZ, providing an explanation contrary to evidence, and ignoring the agency’s obligation to identify and address markedly higher and adverse effects of the policy change on minority and low-income populations.

The coalition seeks to vacate the EPA rule and block the federal agency from putting it into practice.

While a lot of activities and events have been canceled in 2020, Maryland Department of Natural Resources will welcome in 2021 with its annual First Day Hikes.

At Fair Hill Natural Resources Management Area Five-Mile Loop will be open for first day hikers. The is a moderate-to-difficult trail through the north-central portion of the 5,650 acre park north of Elkton.

Both parks allow dogs on leashes. Neither trail is stroller or wheelchair friendly.

While supplies last, those who finish the First Day Hike will get an “I hiked” sticker.

The 2020 Local Food Marketing Practices Survey, conducted by the USDA’s National Agriculture Statistics Service, is now under way. It’s the first time this particular data has been collected in five years.

The deadline to complete the survey is Feb. 16, 2021. Results will be published later next year in November.

Think of it as a food census to determine local and regional systems of food growing and how locally grown food is marketed and sold.

“Federal funding and policies for local and regional food systems were greatly expanded by the last three Farm Bills and it is our job as a federal statistical agency to help measure this part of the agriculture sector,” said NASS Administrator Hubert Hamer. “We are excited to provide the first official federal data on marketing practices for local food since 2015 and therefore a five-year comparison point to inform policies and business in this area.”

Anyone that received an invitation to participate in the survey can complete it online at https://www.agcounts.usda.gov/static/cawi/layouts/cawi/breeze/index.html?