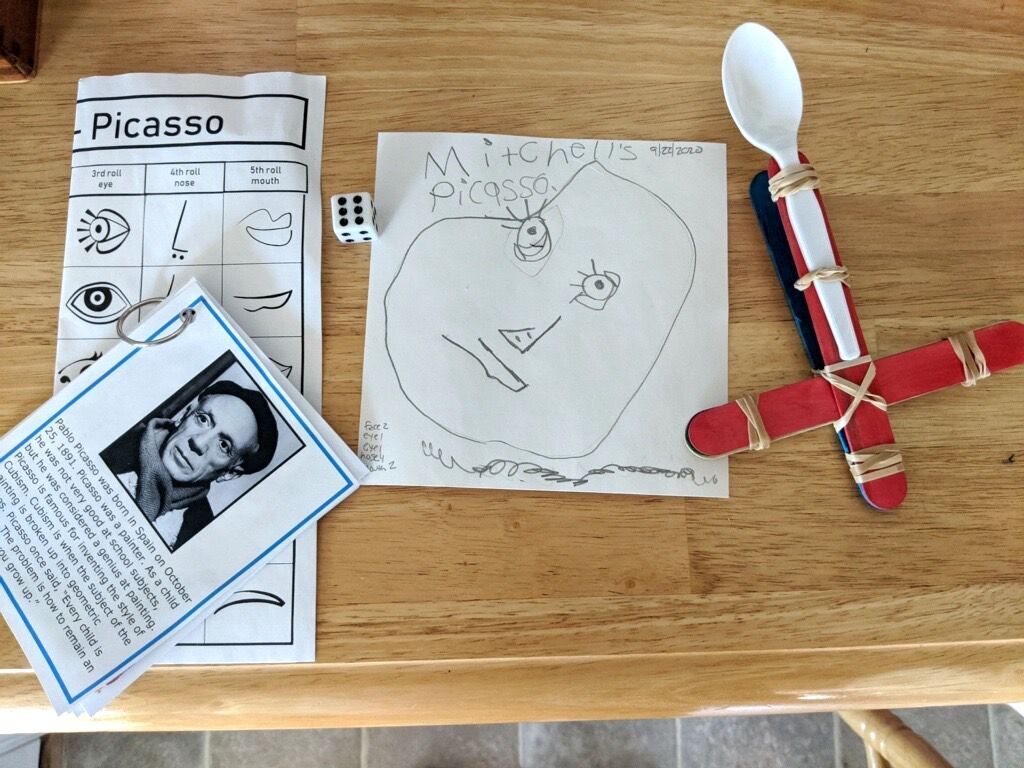 Pahla Testerman and her son Mitchell have used the library’s ‘Activities To Go’ kits to add a unique learning experience to their homeschooling routine. 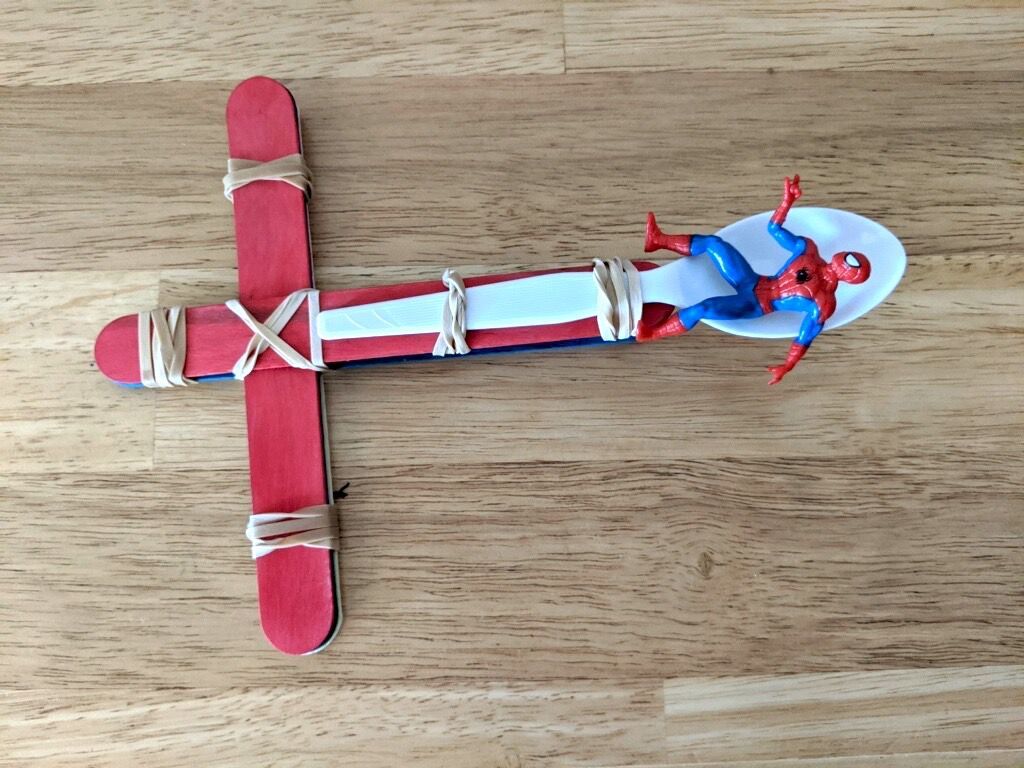 After learning about catapults, Mitchell Testerman has continued to have fun launching Spider-Man around the house.

Pahla Testerman and her son Mitchell have used the library’s ‘Activities To Go’ kits to add a unique learning experience to their homeschooling routine.

After learning about catapults, Mitchell Testerman has continued to have fun launching Spider-Man around the house.

PERRYVILLE — You probably know that catapults were used in medieval times as a military weapon. You might not know that in Greek, the word ‘catapult’ means ‘to throw into.’ If you’re Mitchell Lesterman, you know that a catapult is a good way to launch Spider-Man across the living room.

Last week, Mitchell and his mom Pahla Lesterman stopped by the Cecil County Public Library (CCPL) in Perryville to grab a craft stick catapult ‘Activities To Go’ kit, which the library offers as a way to share unique hands-on learning experiences.

“I put my Spider-Man on it, and he’s been blasting all over the place,” Mitchell said. “First he went onto the door, and then the floor, and then he bumped into my books.”

The kit includes materials and instructions to assemble a DIY-catapult from popsicle sticks, rubber bands and a plastic spoon (though it suggests starting out by launching a cotton ball and building up to Spider-Man). In the kit, families can also find fun facts, challenges and ways to learn more online.

CCPL offers kits in three age groups — preschool, elementary school and teens — and varies the themes from week to week. Alongside the catapults, which were last week’s elementary school kit, CCPL offered beaded firefly kits for preschoolers and serenity garden kits for teens.

Mitchell and Pahla went back earlier this week to pick up a kit on Pablo Picasso, which helped Mitchell learn about the cubist painter’s iconic style.

Frazier Walker, the CCPL community relations manager, explained that the kits were put together by the library’s youth services staff, who wanted to create engaging learning activities which also gave kids the chance to set screens aside for a while.

“Families and children and teens really love coming to the library because they’re learning with their favorite librarians and they’re trying new things. We know that families are missing that hands-on engagement,” Walker said. “We thought that this might be a good way to engage in non-screen, hands-on learning.”

On the first day of launching the kits last week, the library gave out over 100 at five branches throughout the county, mostly to preschoolers and elementary schoolers. By press time, the library has distributed more than 500 kits, and has planned for weekly themed kits through October.

Walker said families really enjoy the unique learning activity coming at a difficult time when many students are beginning the school year entirely from home.

“Engaging with not only an activity that’s ready to go, but ideas for exploring various topics further — it really speaks to our mission to serve the community, to champion reading and to inspire curiosity and build knowledge,” Walker said. “We just want to find the different ways that we can help kids, families and their caregivers learn about the world around them.”

Mitchell said he misses the library’s activities, including a day where zookeepers brought in chameleons, reptiles and dinosaurs (or at least people dressed in dinosaur costumes). Another favorite of his was truck day.

“I liked that because there was a truck that had books in it, and you got to go inside and pick a book,” he said.

He hopes the library’s activities will be able to resume soon, but in the meantime he’s having fun catapulting Spider-Man around and driving his mom crazy. For her part, Pahla said she appreciates the kits helping her with homeschooling in arts and sciences.

“It helps. It’s a time for him to unwind off the screen and have fun with an activity,” she said. “I can’t wait to see what comes next.”