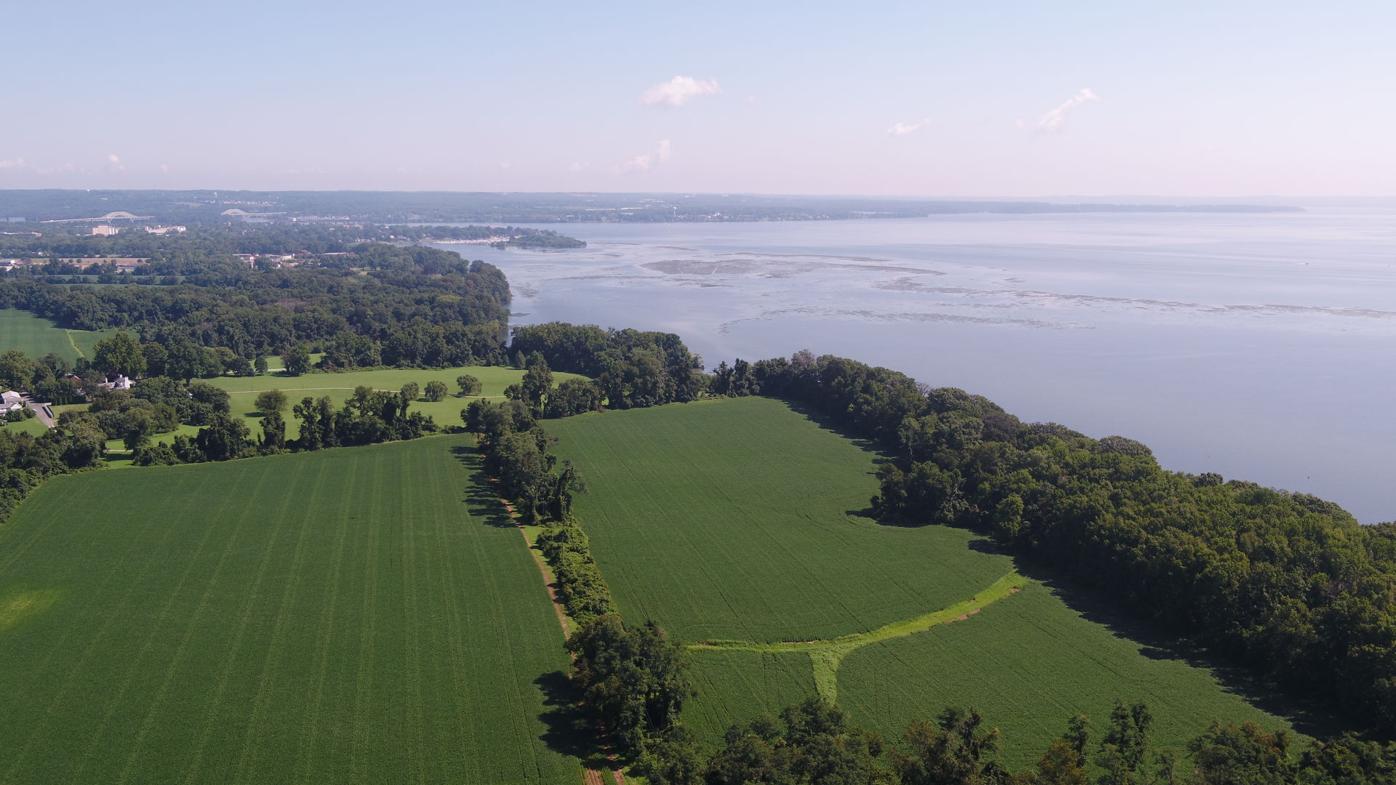 An aerial view of Belle Vue Farm, recently purchased for conversion to a Harford County Park 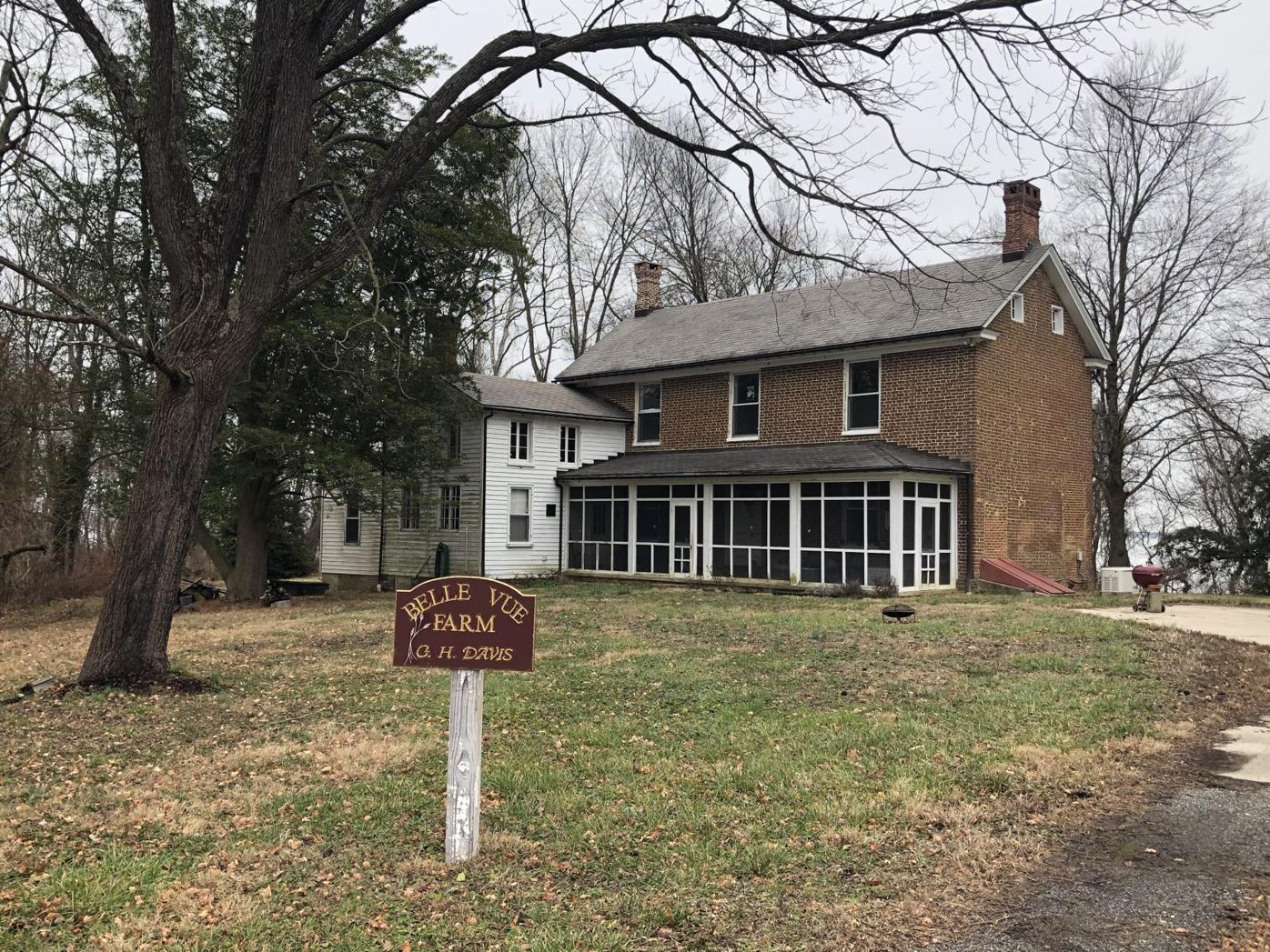 An aerial view of Belle Vue Farm, recently purchased for conversion to a Harford County Park

BEL AIR — Thanks to several years of effort, an historic 347- acre property along the Chesapeake Bay in Harford County is now in public hands and slated to be a waterfront park.

Recently, representatives from Harford County, Aberdeen Proving Ground, Harford Land Trust and the Maryland Department of Natural Resources finalized the purchase of the Belle Vue Farm, which includes one mile of Chesapeake Bay coastline and 60 acres in the Chesapeake Bay Critical Area.

The Belle Vue Farm has been operated by the same family since before the American Revolution and was the only undeveloped and unpreserved area of privately-owned Chesapeake Bay shoreline in Harford County.

According to a recent release from Harford County Executive Barry Glassman, the land was the “missing puzzle piece” in a total of 1,250 acres of preserved land on the Oakington Peninsula.

According to Glassman and Harford Land Trust Executive Director Kristin Kirkwood, the acquisition of the Belle Vue Farm was a process that had been ongoing for decades. The purchase was finally closed in September at a cost of $6.27 million. Glassman said that $3.6 million of those funds came from the Harford County Program Open Space funding, with $1.9 million coming from the State of Maryland and $770,000 coming from APG.

Glassman said the county is now working to develop a master plan for the property.

“I am a big fan of trail systems,” Glassman said, noting that the proposed park would be more of a passive park concept. “We are hoping to get a trail system in there and the Maryland Historical Society wants to have some archeology projects out there related to the historic homestead. We have also discussed the possibility of a visitor or teaching center.”

Glassman also said that the historic use of the farm would also be an important aspect of the property. He said the county still intended to lease out a portion of the farm for agricultural uses.

“Belle Vue Farm is breathtakingly beautiful. Its historic, environmental, agrarian and scenic values are unmatched in Harford County,” Kirkwood said. “The importance of this landmark conservation success for the upper Chesapeake Bay region cannot be overstated.”

Kirkwood said that while Harford Land Trust no longer has a real property interest in the Belle Vue Farm, the trust will remain a stakeholder at the ongoing discussions about how the property will be managed. Kirkwood noted that the trust acts as a facilitator to bring groups together to discuss the future of the farm. She noted that the trust will continue in the role of partner and advisor on the project, which she noted was hugely important for the county.

The Belle Vue Farm has a long history, starting with Garrett Rutton, who was granted the land back in 1661, based upon a recent press release from Harford Land Trust.

The release goes on to state that Rutton’s descendant Mary Garrettson married Dr. Elijah Davis who took title to the land in 1794. Dr. Davis served in both the House of Delegates and the Maryland State Senate, eventually becoming president of the senate.

The historic home at Belle Vue is a two-story brick house dating to the mid-18th century. The house was built in the Georgian style and exhibits many of the style’s standard features including Flemish bond brick work.