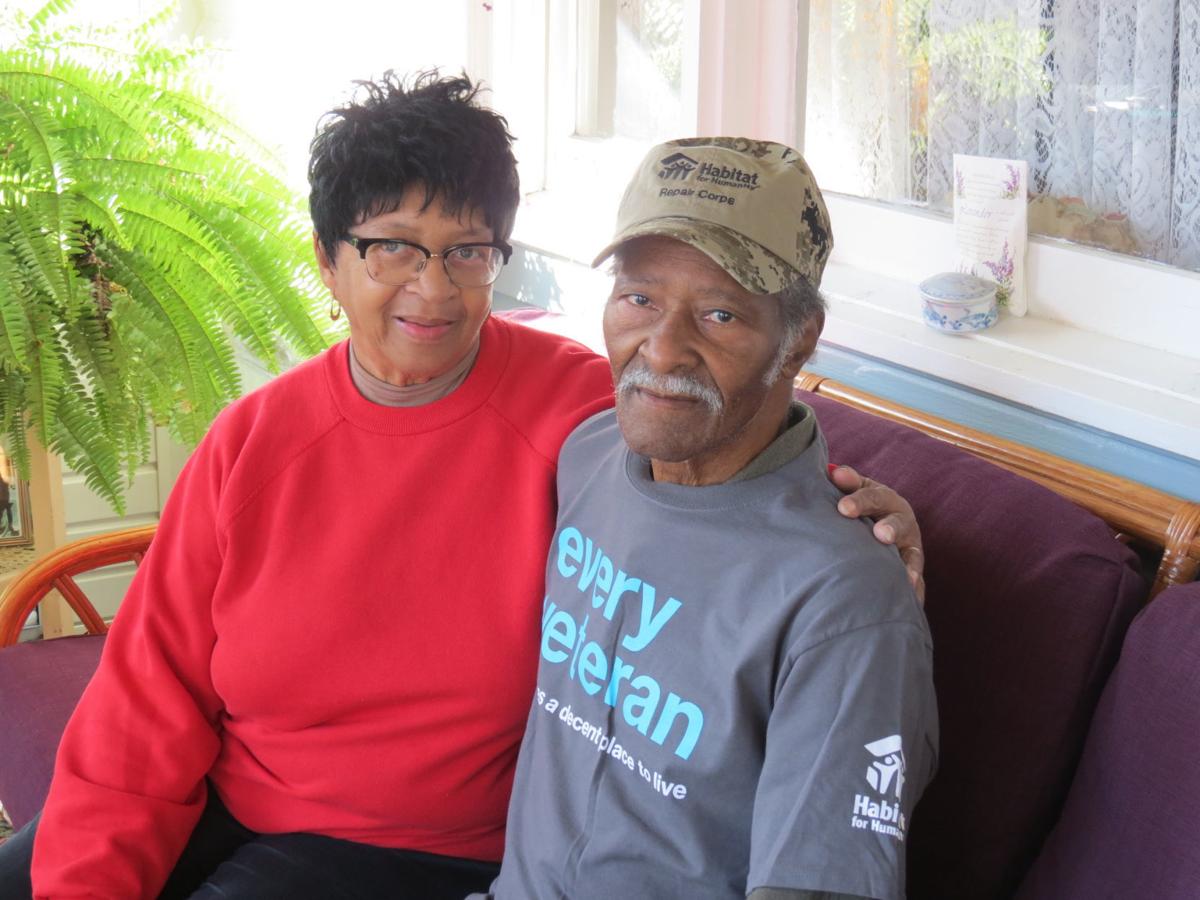 Mary (age 74) and Malcolm (who turned 81 on Christmas Day) have received many improvements to their home thanks to Habitat’s Repair Program. 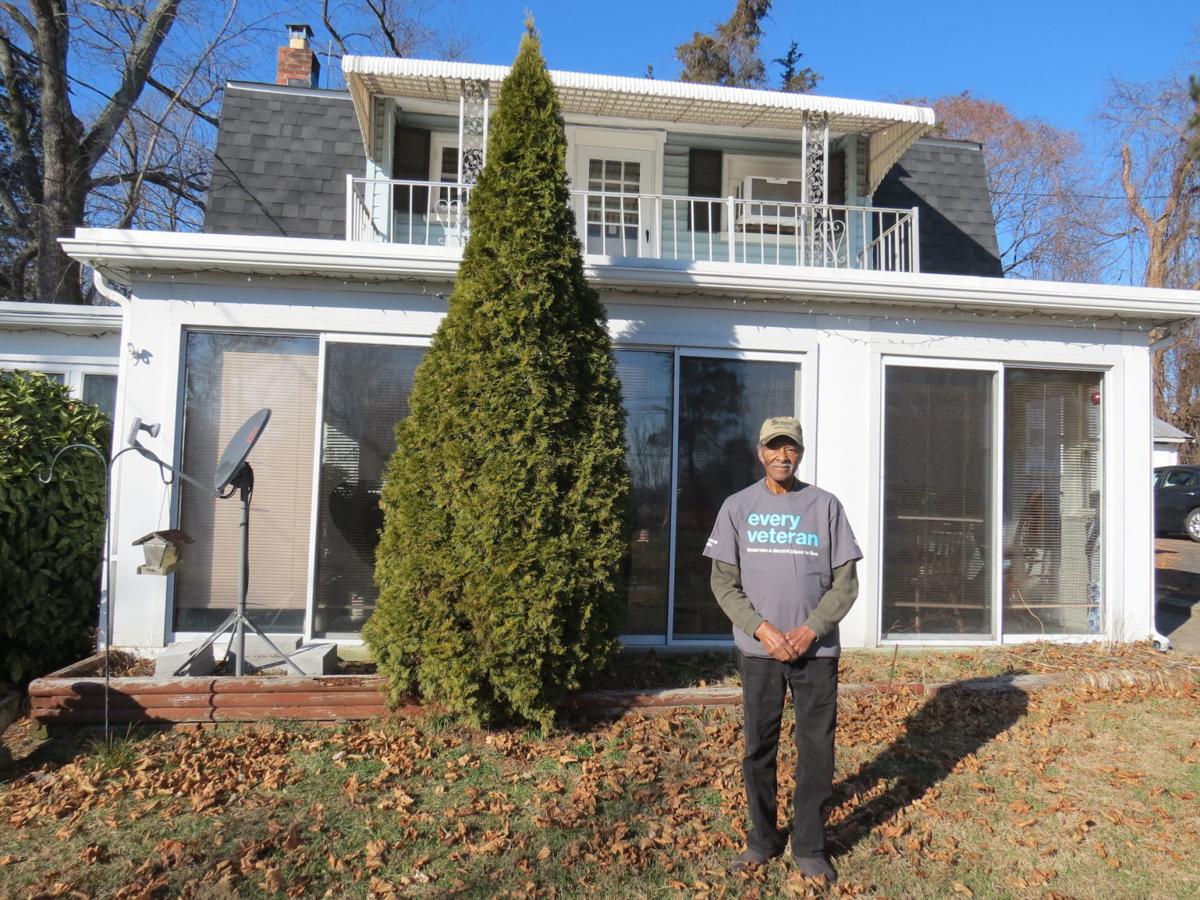 Malcolm Owens stands in front of his Perryville home, which has had improvements courtesy of Habitat for Humanity Susquehanna’s Repair Program. 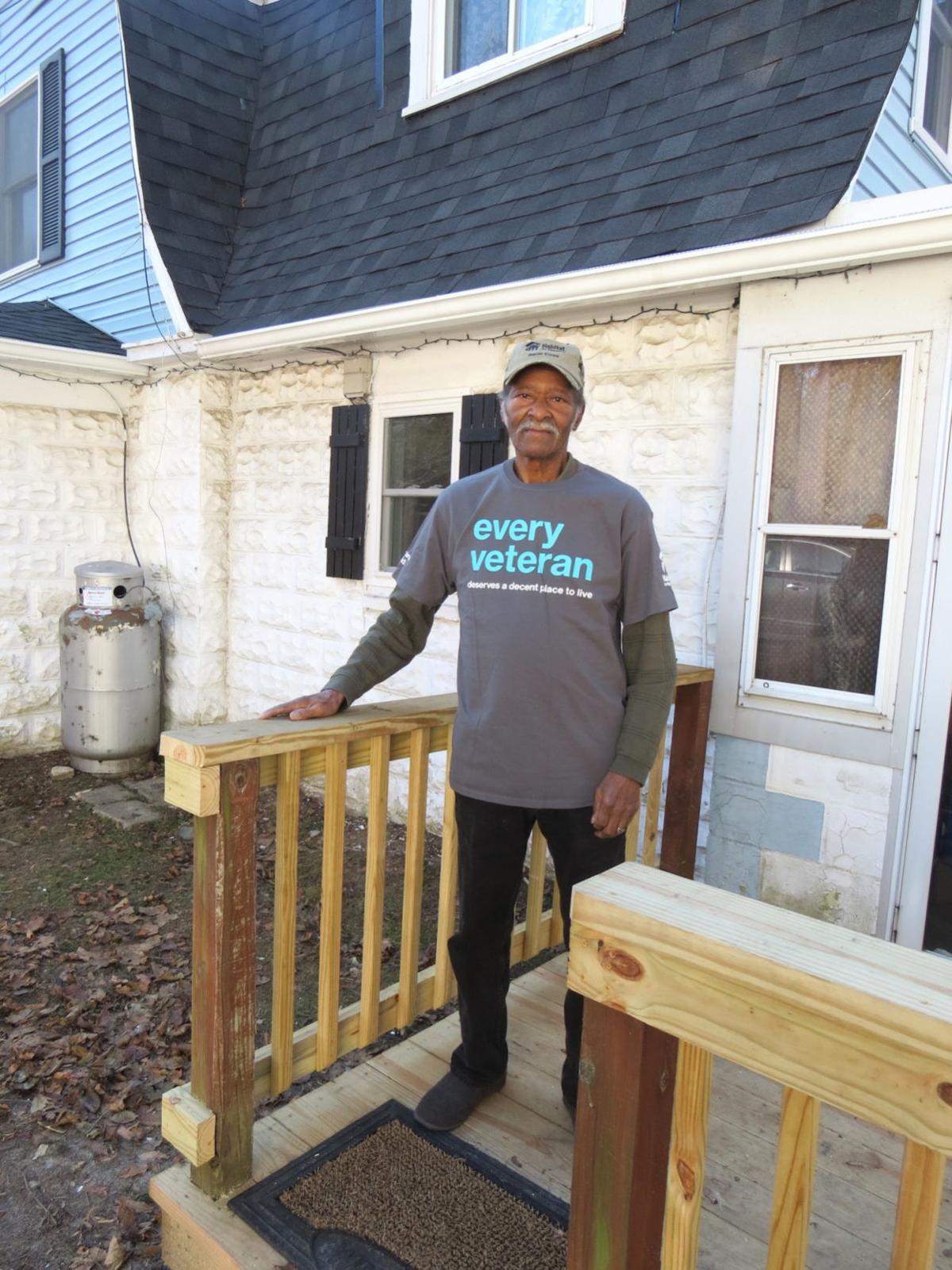 Malcolm Owens stands on the new deck at his Perryville home, which has had improvements courtesy of Habitat for Humanity Susquehanna’s Repair Program.

Mary (age 74) and Malcolm (who turned 81 on Christmas Day) have received many improvements to their home thanks to Habitat’s Repair Program.

Malcolm Owens stands in front of his Perryville home, which has had improvements courtesy of Habitat for Humanity Susquehanna’s Repair Program.

Malcolm Owens stands on the new deck at his Perryville home, which has had improvements courtesy of Habitat for Humanity Susquehanna’s Repair Program.

BEL AIR — After serving in the Army (both in active duty and in the U.S. Army Reserve), Malcolm Owens spent many years as a welder and machinist. One of his more interesting projects included building several sections of Baltimore’s Fort McHenry Tunnel at the boat yard. However, when it came to keeping up with the repairs on his own home, the 81-year-old needed some help.

Malcolm and his wife Mary have lived in Cecil County all of their lives. They’ve been married for more than 50 years and have lived in their 1945 two-story home in Perryville for 41 of those years. The house needed a new roof. The cast iron boiler stopped working. The windows were drafty. The deck was falling apart. The dining room’s ceiling had a hole due to the leaky roof. The bathroom lacked grab bars. The toilet seat was too low. The list went on and on.

One day, while Malcolm was getting aqua therapy at the Perry Point VA Medical Center, he fell into a conversation with another member, Roland Schauer, and told him about the repairs needed to his home. As luck would have it, this Havre de Grace veteran had just gotten his roof replaced through Habitat for Humanity Susquehanna’s Repair Program and told Malcolm all about it.

“Roland said to just contact Habitat and see what they could do for us,” said Malcolm.

The couple completed an application and were approved for the program. However, it wasn’t until they received their first home visit from Terry Hottle, head of the Repair Program, that the implications of that approval truly sunk in.

“I would tell people that Habitat would be my first choice since we know who they are now,” said Mary. “However, at first, we didn’t know anything about Habitat and what they did. It wasn’t until we actually saw Mr. Hottle that we learned everything, and what Habitat was all about.”

Habitat Susquehanna’s Repair Program serves low-income homeowners in Cecil and Harford counties using critical home repair and weatherization grants. Following Habitat’s philosophy of a “hand up, not a hand out,” homeowners are required to pay a small portion of the total bill.

In the case of the Owens’ home, Hottle has used (and will be using) the following combination of available grants to assist in the repairs and weatherization needs:

• The Maryland Agricultural Education and Rural Development Advancement Fund, administered and disbursed by the Rural Maryland Council: Habitat Susquehanna recently was awarded a $40,000 grant to help with house repairs for older adults so they can live safely in their homes.

• Community Aging in Place – Advancing Better Living for Elders grant from The Harry and Jeanette Weinberg Foundation: Habitat International was the recipient of the grant and selected Habitat Susquehanna to be one of five local Habitats pilot testing the CAPABLE program to provide aging in place services for low-income older adults. The CAPABLE program is being implemented over a two-year time period in partnership with homeowners and local health care providers.

• The Maryland Energy Administration grant: This weatherization grant has been awarded to Habitat Susquehanna each year to address the health and quality of living issues of low-income homeowners.

“We are very grateful to receive these generous grants to help our deserving veterans live safely in their homes,” said Hottle.

To date, the roof and gutters have been replaced; four new windows have been installed; the ceiling was fixed; a new sump pump and boiler were installed; one bathroom’s floor, tub and toilet were fixed; the old deck was removed and a new deck built in its place; and, some doors were replaced.

There is still additional aging in place (i.e., grab bars, raised toilet seat) and weatherization work to be completed.

“We wouldn’t have been able to get this all done at one time,” said Mary of the needed repairs.

Before applying to Habitat Susquehanna, the couple had discussed with a contractor about fixing only half of their roof because they couldn’t afford to pay for the entire roof to be replaced.

Mary explained that many people tried to pressure the couple — including the aforementioned contractor — into selling their home and moving to a senior assisted living facility rather than try to repair the home.

“We couldn’t see that, we didn’t feel that way,” said Mary, who was relieved when they were notified that they were approved for the Repair Program’s assistance.

“I thank God — He has to get the glory,” said Mary when talking about the Repair Program. “He was working through you to help us.”